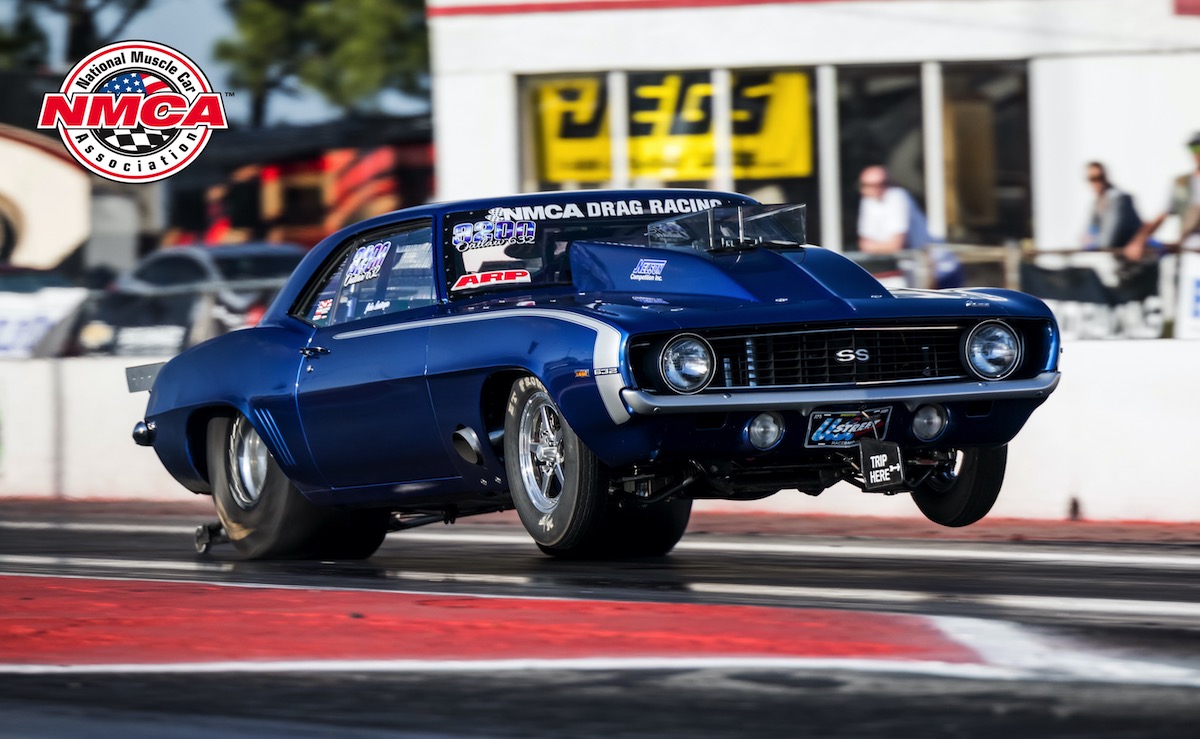 It's all been building up to today, as the NMCA heads-up and index classes roll into eliminations. As each round goes by some racers fall by the wayside, while others get closer to notching a victory at the 19th Annual Whipple Superchargers NMCA Muscle Car Mayhem Presented by Holbrook Racing Engines, which is a great way to start the season. In addition, the eight quickest Hemi-powered machines from yesterday's Dodge / Mopar HEMI Shootout class compete in the Arrington Performance HEMI Quick 8 Presented by Red Line Oil, while Bracket racers run for the money today.

Keep up to date with the latest eliminations results HERE. Here's how the action goes down on the final day of the 19th Annual Whipple Superchargers NMCA Muscle Car Mayhem Presented by Holbrook Racing Engines. 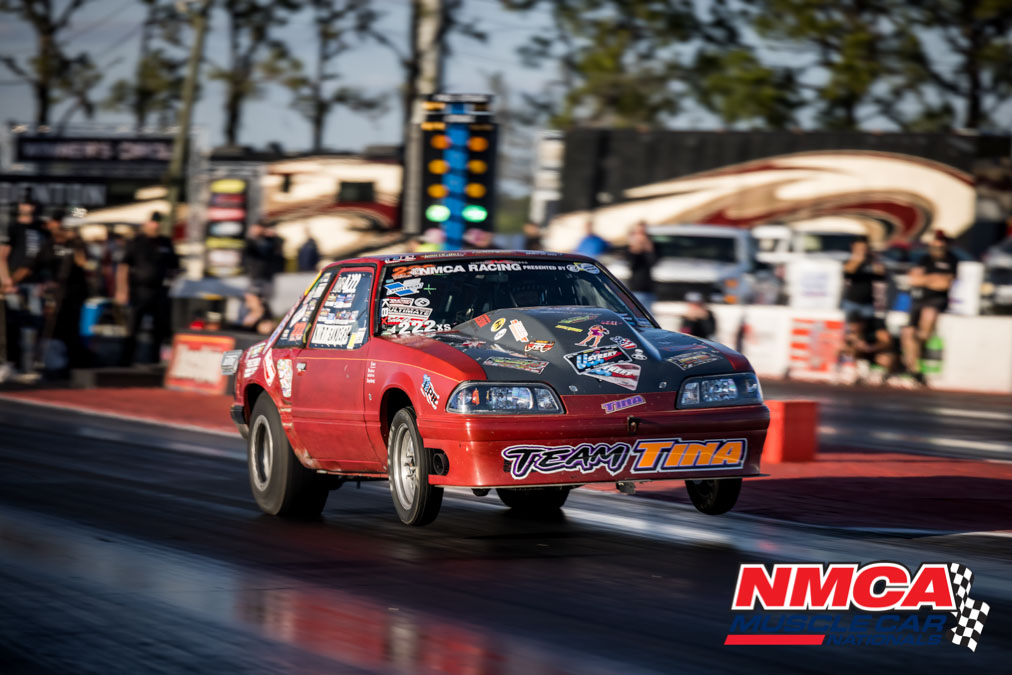 Seffner, Florida's Kirt Sanders has had his Mustang named Tina set on kill as of late, and the 588ci, nitrous-assisted big-block Chevy-powered Fox Mustang went straight to the top of Edelbrock Xtreme Street qualifying after posting a 4.542 elapsed time at 155.85 mph. The following six cars were all in the 4.50s, with the top 13 cars all within a tenth and a half of a second. 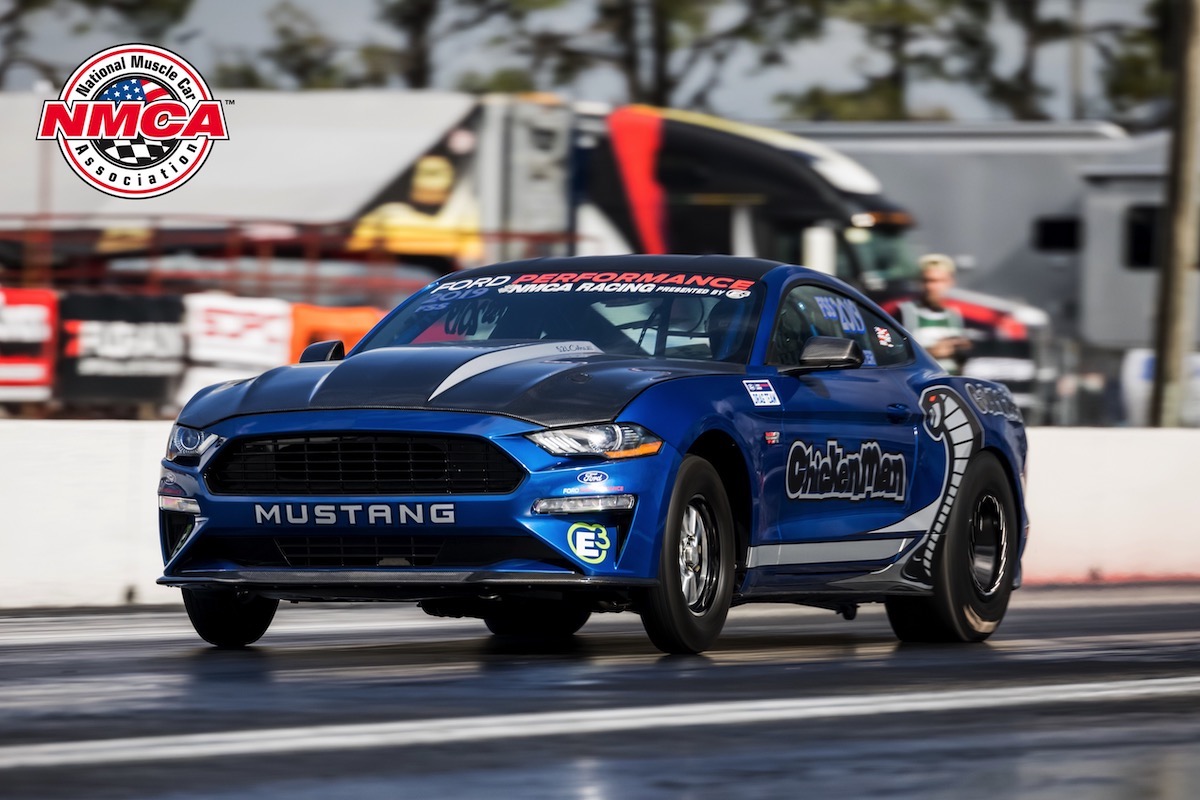 Topping the qualifying sheet in Holley EFI Factory Super Cars is no easy task, but you wouldn't expect that someone could ascend to those heights with a used engine. That's just what Tripp Carter did at the 19th Annual Whipple Superchargers NMCA Muscle Car Mayhem Presented by Holbrook Racing Engines. Last weekend in Gainesville, Carter grenaded a fresh engine, so he needed something in a hurry. He borrowed a spare engine from Watson Racing, which Chuck Watson Sr. campaigned for a full season last year. We dusted of the dirt, put it in the car and it's been an unbelievable weekend so far, Carter told us after his car ran a blistering 7.591 at 183.22 to lock down the number-one spot heading into eliminations. 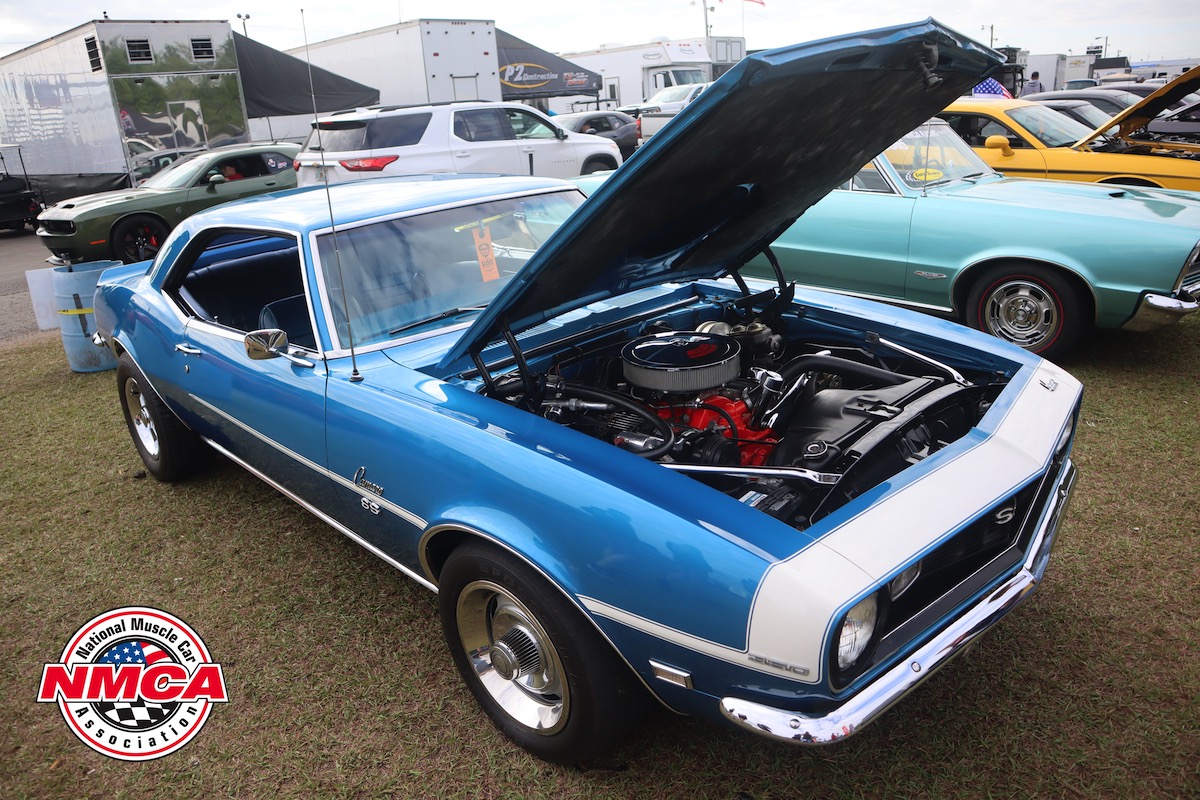 Bringing his '68 Camaro to Bradenton Motorsports Park for the NMCA season opener car show is tradition for Chuck Woosley for the past 16 years. It's also common for the car, which he resurrected after it served as a daily driver for several teenagers, to take home an award. Woosley bought the car in the early '80s, performed a frame-off resto, and swapped in the drivetrain from his wrecked '69 Rally Sport. This year Woosley's Camaro sped away with Director's Choice honors on Saturday.Â 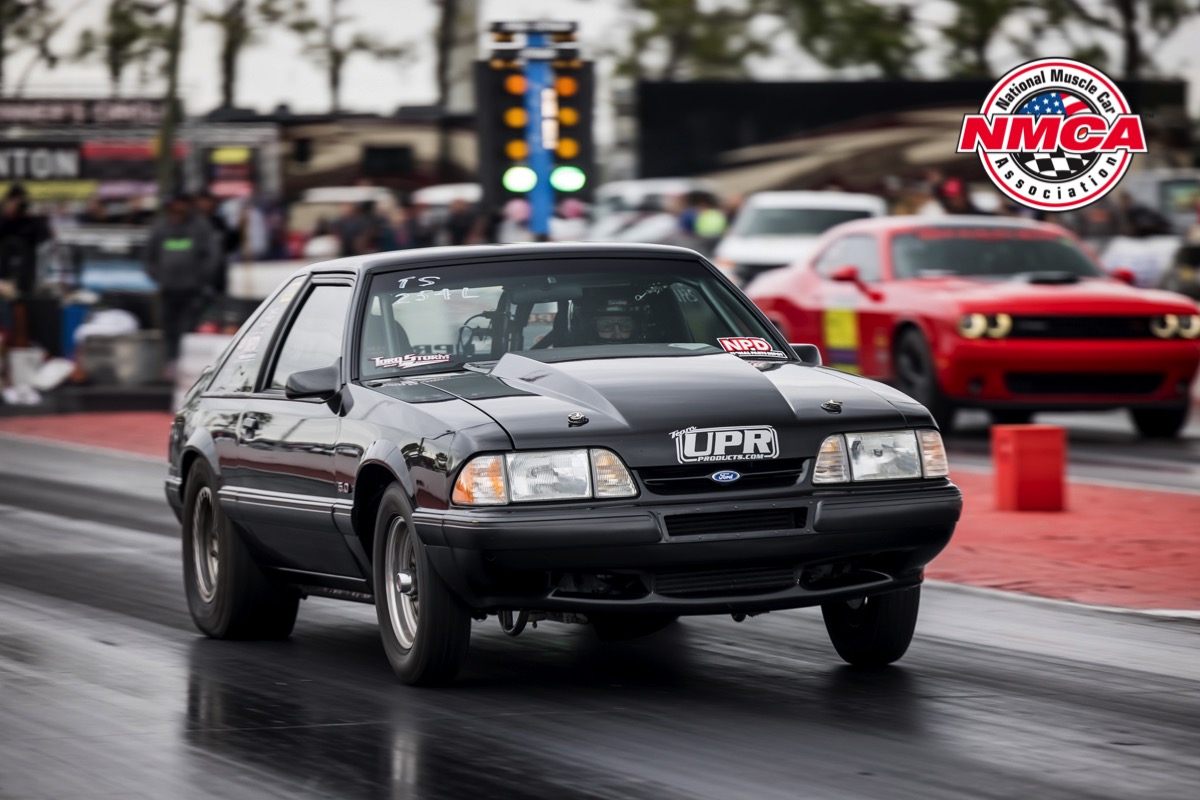 Two weeks ago at the NMRA opener, Larry Albright narrowly missed the overall class win, but he made up for it this weekend at the 19th Annual Whipple Superchargers NMCA Muscle Car Mayhem Presented by Holbrook Racing Engines. Between races its single-turbo 347 received a fresh set of head gaskets. Albright also added an air launcher, thus optimizing parachute deployment. Running a dual-pass Griffin radiator, his Mustang is ready to survive TorqStorm Superchargers True Street's rigors, as its water temp hovers around 160 degrees even when the car is idling. Albright earned the overall win on Saturday with a stout 7.864-second average. 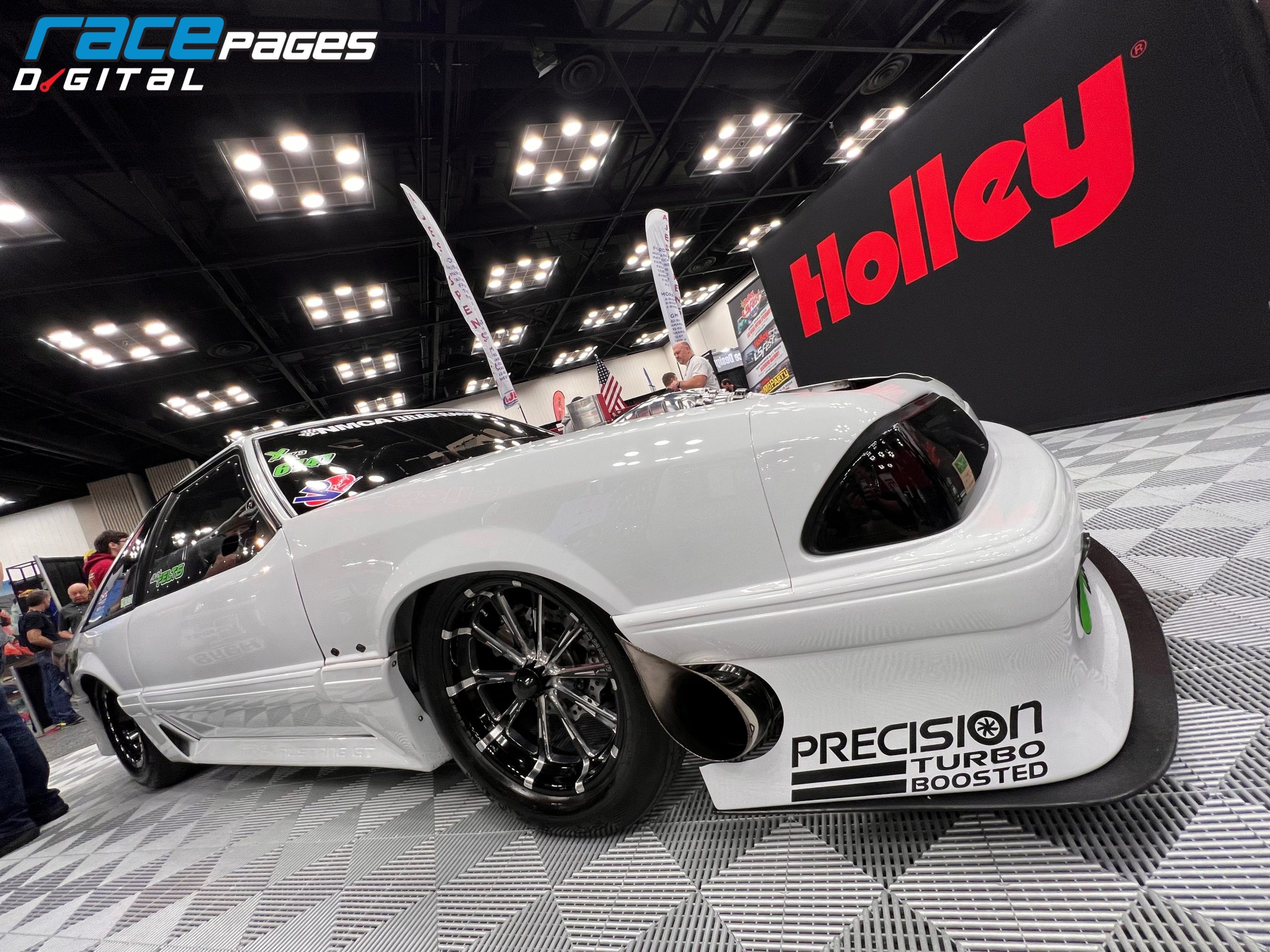 Cameron Bowles started his driving career sliding golf carts and go-carts around his family home, and he put those natural skills to use avoiding a dust-up with John Langer in Dart NA 10.5 earlier this weekend. Piloting his grandfather's Unfinished Business Fox Mustang, he deftly avoided a crash, which was a relief, as this car is literally covered in family history. It is adorned with a few photos of that history on its topside. Here Cameron's dad, Donnie Bowles, points out some of that history in this image of his young self standing on his family's car hauler back in the day.

Ralph Trimmer, who has been competing in Detroit Truetrac Nostalgia Muscle Car for several years, made the long haul from Texas, with his classic Cutlass Supreme in tow, to take part in the NMCA season opener this weekend. Over winter, Trimmer hired his friend, Danny Sarvis, to perform some work on his big-block Oldsmobile engine and Edelbrock heads to gain a bit more compression, and it helped Trimmer pick up a personal best of 12.00 early this weekend. Trimmer, who's thrilled with his elapased-time, is curently qualified in the seventh spot with a 12.04 on a 12.00 index going into today's eliminations. We'll never get tired of hearing engines in the pit area, and Dart NA 10.5 driver Wayne Roberts had our attention when he was running his big-block engine built by Dart NA 10.5 champion Vince at the 19th Annual Whipple Superchargers NMCA Muscle Car Mayhem Presented by Holbrook Racing Engines this weekend at Bradenton Motorsports Park. Before heading to the Whipple Superchargers NMCA Muscle Car Mayhem presented by Holbrook Racing Engines this weekend at Bradenton Motorsports Park, Edelbrock Xtreme Street standout Tim Knieriem set some goals for the season, and in hauling to a 4.60 in qualifying yesterday, he has already accomplished one of them. That elapsed-time is a personal best for Knieriem in Daryl Reynolds' Mustang motivated by a 440 cubic-inch engine built by Knieriem Racing Engines on a Dart Iron Eagle Pro block and boasting Edelbrock Glidden Victor II heads and a CID intake tweaked by Mike Stark. The Kentucky-based driver qualified in the eighth spot with that 4.60, got past Bill Trovato with a holeshot and a 4.64 over Trovato's 4.62 in the first round of eliminations and is waiting to be called to the lanes for the second round of eliminations. Things are going well, and we're going to try to get into the 4.50s today, while also trying not to go into a wheelstand, said Knieriem.

In the first round of VP Racing Lubricants Xtreme Pro Mod, Shawn Ayers clocked the quickest pass in NMCA history with a 3.586 at 214.45 mph. The Cox Racing 2020 Camaro has less than two dozen passes on it and features a screw-blown, DiSomma Racing Engines 526-cube HEMI engine combination.

2020 Edelbrock Xtreme Street champion Brian Keep found out the morning of eliminations that his small-block powerplant had a broken valve spring. He made quick work of the repairs and posted a 4.597 during the first round of eliminations, while enjoying a broke-bye run.

Xtreme Pro Mod racer Adam Flamholc has had quite the busy weekend. During Pro Mod qualifying on Friday, he and his team found they had cracked front wheels and had to borrow a set to make the round, during which he clocked a 3.70 to get into the show. Flamholc had already planned to qualify his Corvette on Friday and then travel 6 hours north to compete in a no-prep race on Saturday with his Viking Nova, which he did and went two rounds in before heading back south to Bradenton. Flamholc had better luck here, and despite being low on sleep, drilled the tree with a .002 light and took the win over Andrew Handras, 3.781 to 4.049.

The car show is hopping here are Bradenton Motorsports Park, and features everything from Pro Street Camaros to lifted Dodge Powerwagons. 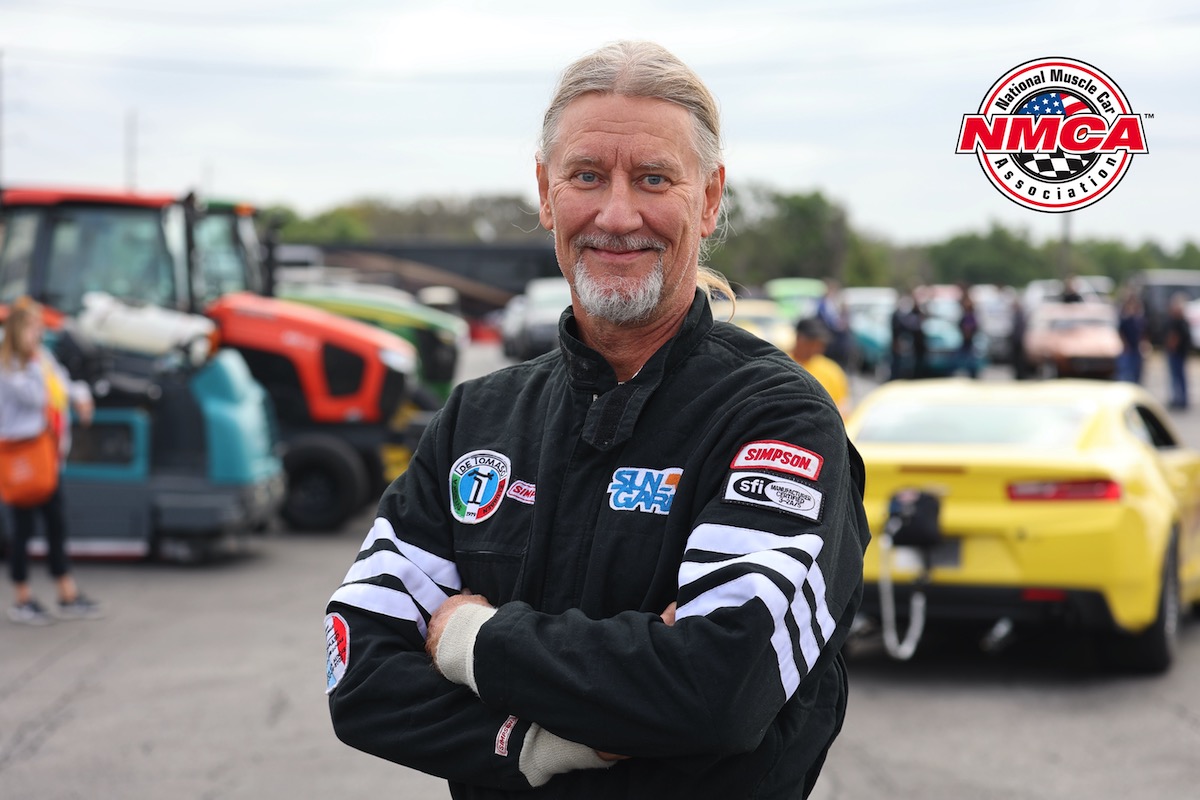 The first time was the charm for Klaus Norrhed at the 19th Annual Whipple Superchargers NMCA Muscle Car Mayhem Presented by Holbrook Racing Engines. He ran well enough in yesterday's Dodge / Mopar HEMI Shootout to earn a slot in today's Arrington Performance HEMI Quick 8 Presented by Red Line Oil, but he kept letting off so as not to outrun his car's safety capabilities. I have one more car to beat, and I will be happy, he told us just before his final-round race. As it turned out, the racer in the other lane beat himself, and Norrhed cruised to victory with a 10.46 at 123.64 pass and a big smile on his face.