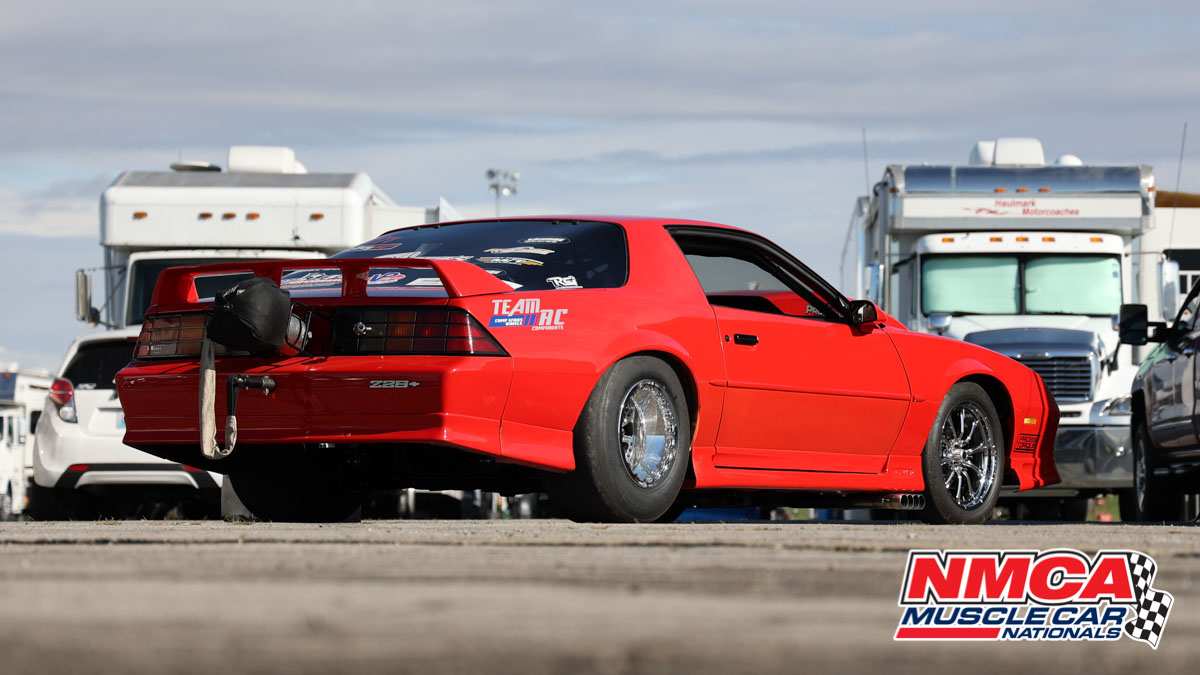 The NMCA celebrates its 20th Annual World Finals event presented by Chevrolet Performance at Lucas Oil Raceway Indianapolis this weekend. Cool weather is on the forecast for the weekend, which means elapsed times will fall as competitors race for the final points in their hunt for an NMCA class championship. Thursdays' schedule can be found at the bottom of the page. 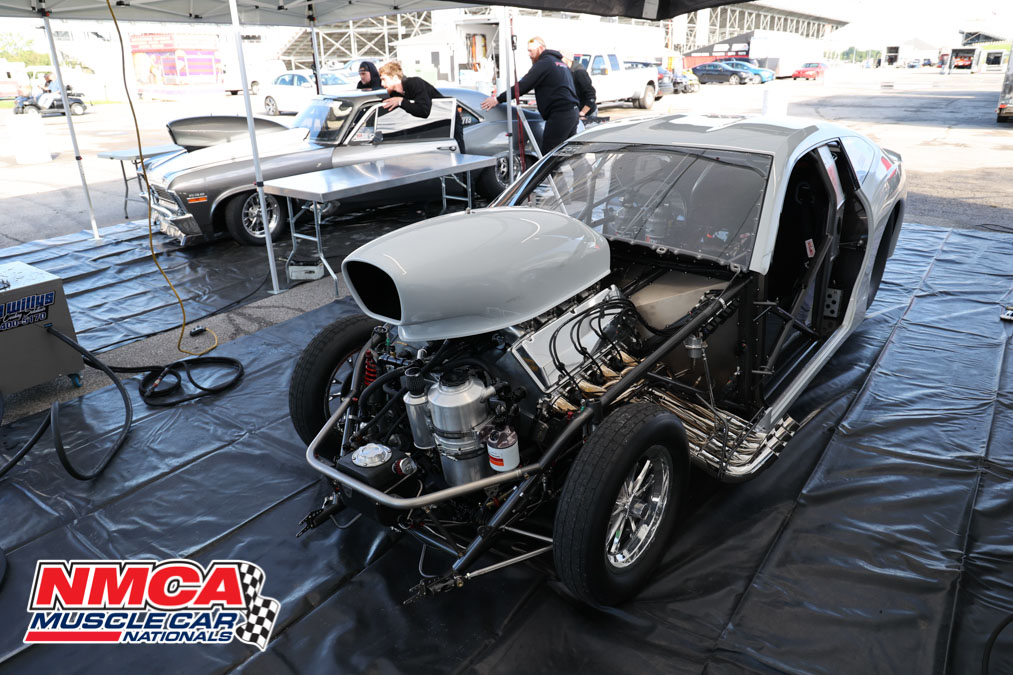 Mike Naumann is debuting his new VP Racing Lubricants Xtreme Pro Mod Camaro this weekend, while his son, Jake, continues his quest for the ARP Nitrous Pro Street championship in their Nova. Naumann's big-tire machine was built by Doug Cline at Precision Chassis and features a 959ci engine with six kits of nitrous oxide on it. The power plant is backed by an M&M Transmission three-speed lockup transmission and torque converter, and a FuelTech FT600 EFI system manages the entire combination. Naumann made his first passes in the car prior to the eventhis first in a Pro Modat Virginia Motorsports Park, and several short runs concluded with a get-acquainted 3.85 at 195mph run. 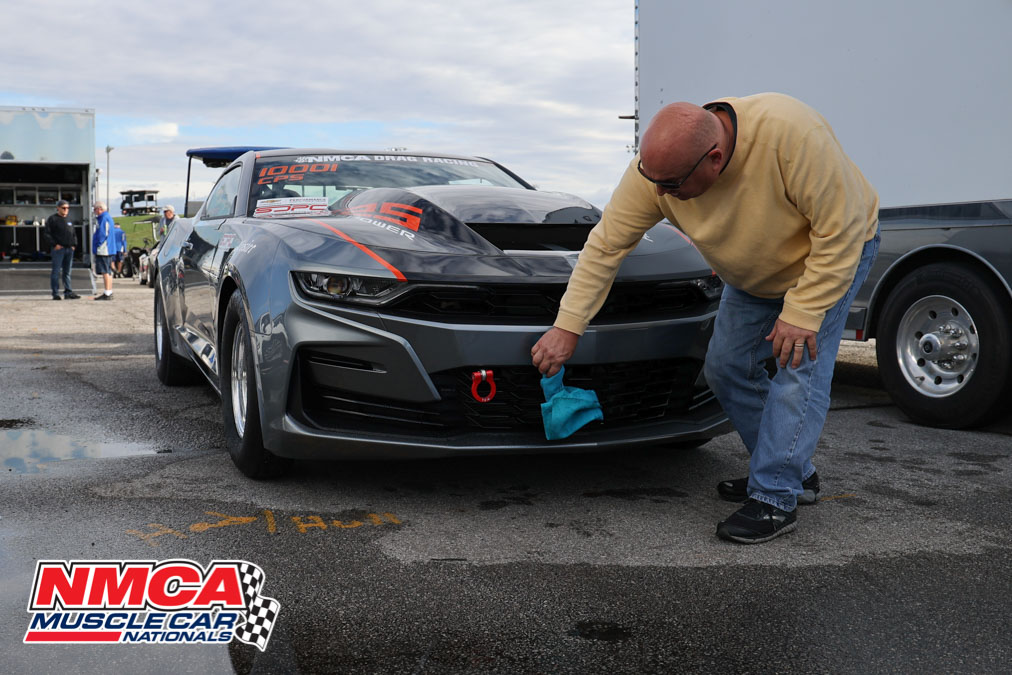 Two-time Chevrolet Performance Stock champion Glenn Pushis returned the to the class this season with a new COPO Camaro CRC, and he currently sits in second place in points. "I already congratulated Ronnie on winning the championship this year," said Pushis. "He's worked really hard for it, but that doesn't mean i'm going to make it easy for him this weekend!" After several close attempts at the championship since the class' debut in 2015, Hackelton rolled into this event with a 500-point lead over Pushis. 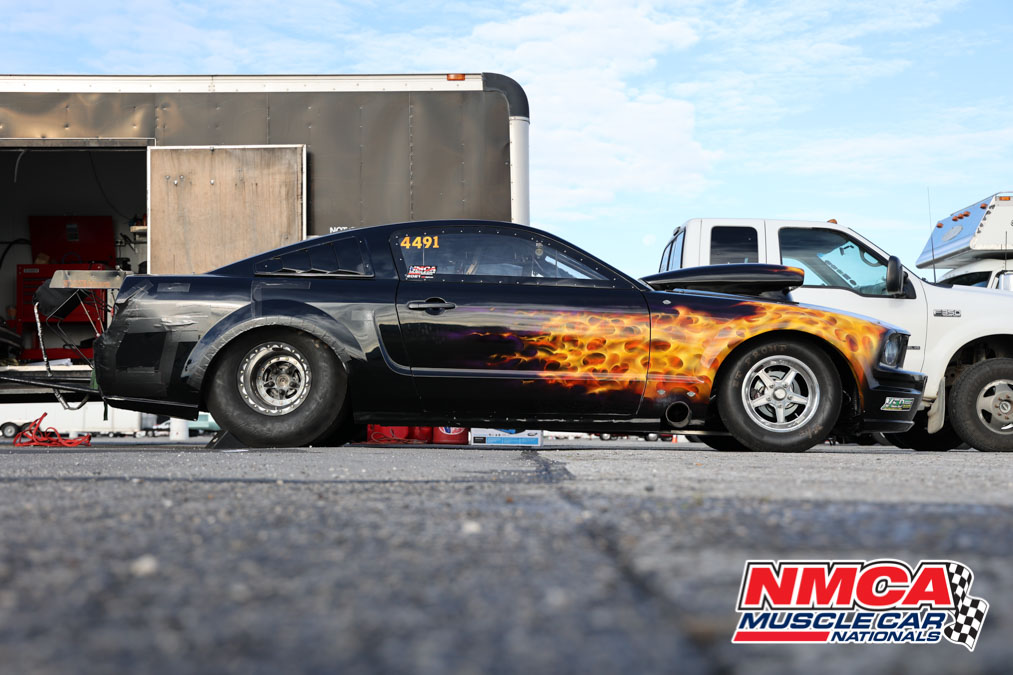 ARP Nitrous Pro Street driver Derik Timmer had his hands full during the final round of qualifying at the previous race in Norwalk, Ohio, when the car wasn't happy with the amount of power he had thrown at it. Despite contacting the wall, the car sustained only cosmetic and Timmer is hoping to see some 4.40s in this weekend's cool air. 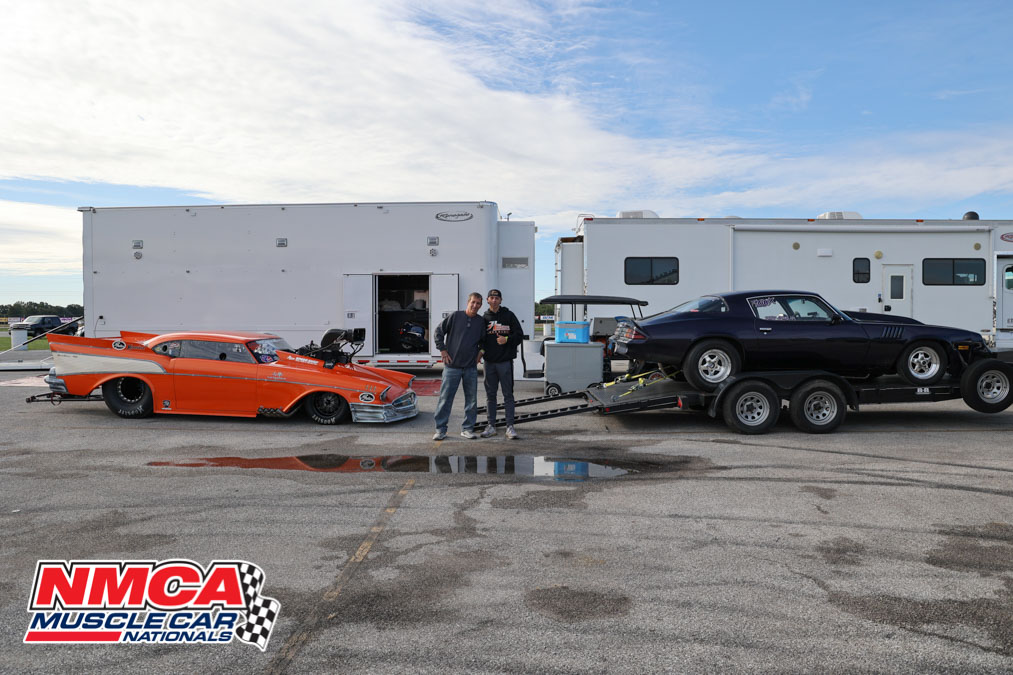 Randy Adler and his son, Randy Jr., will both be racing this weekend. Senior competes in VP Racing Lubricants Xtreme Pro Mod with his '57 Chevy, and is happy to have found the issues that has been causing erratic performance's from his A-Team Speed Shop machine. The culprit A torque converter with internal damage. Subsequent testing showed that the Chevy was back in prime fighting shape after a new converter was installed. Junior, when not helping out with the Pro Mod, will be racing his second-gen Camaro in MagnaFuel Open Comp this weekend. 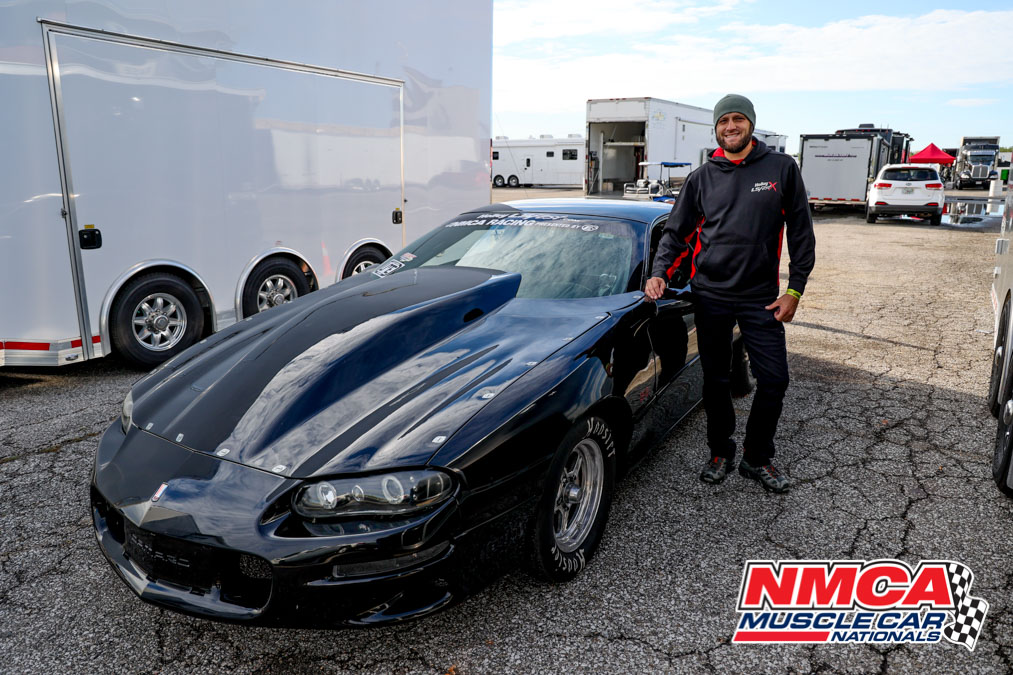 Casey Martin of Pittsfield, Illinois, is coming off a fresh win at LS Fest in the LME Street King category, and is looking to repeat that feat this weekend. Martin's former daily driver turned race car is a 1998 Chevy Camaro SS that now packs an LS3-headed, 408ci engine backed by a Turbo 400 transmission and 9-inch rearend. He uses a Holley Dominator EFI system to keep the LS small-block running optimally, and the car has run in the low 10s at just over 3,200 lbs. 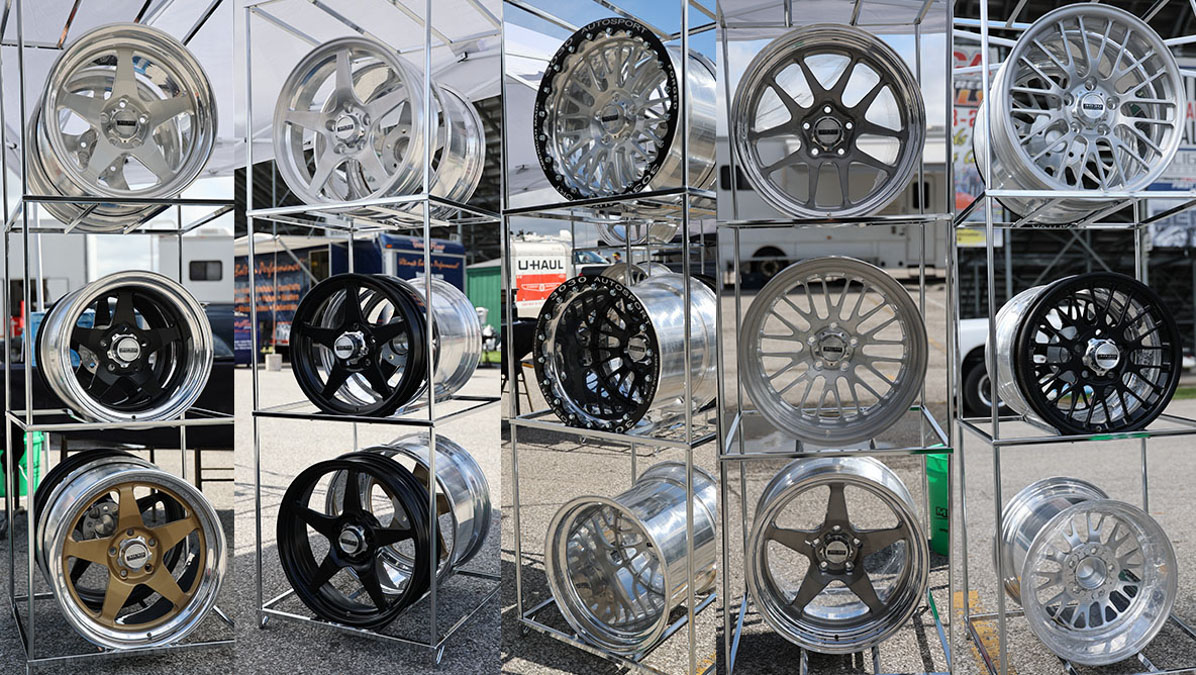 3030 Autosport is here this weekend at Lucas Oil Raceway to show off the company's new forged wheels. 3030 Autosport offers everything from drag wheels to road race to street car products, and the staff is on hand to answer all of your questions. Need beadlock wheels They have them and more. The company boasts 30 years in the the aftermarket wheel business and the exquisite looking wheels are manufactured in Terra Haute, Indiana. 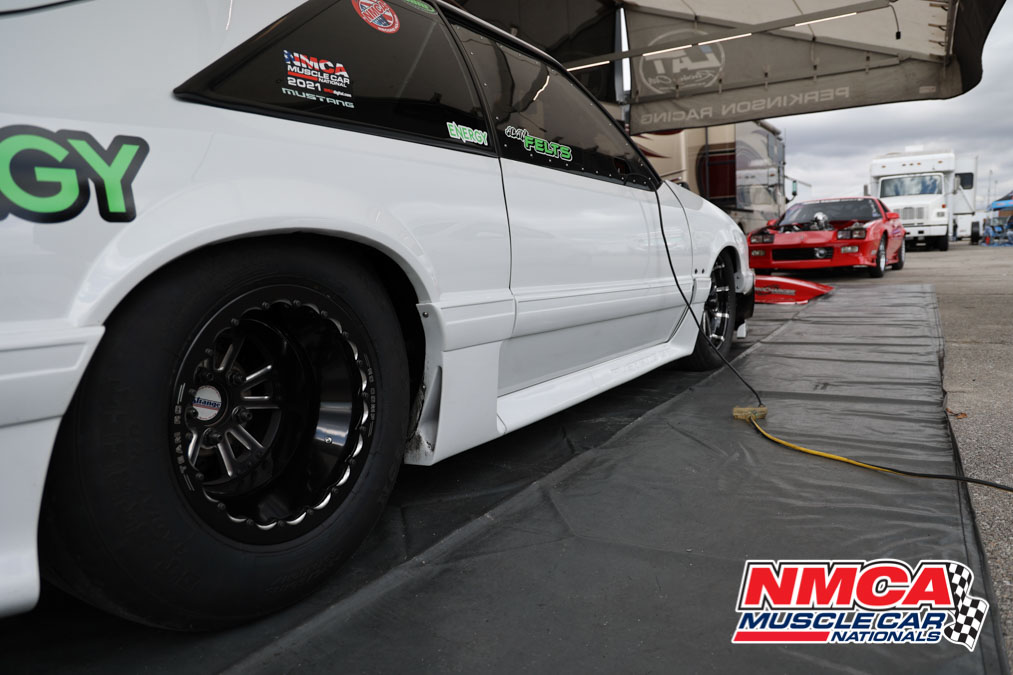 Mickey Thompson Street Outlaw driver Alan Felts comes into this event around 300 points ahead of Steve Halprin in the championship race. The Bowling Green, Kentucky, native has recently begun working with Bennett Racing Engines for his engine needs, and the current Energy Manufacturing-based power plant has already received a cam upgrade by the famed engine builder. After this race, it will go back to Bennett for internal upgrades designed to add more durability and longevity to the engine. 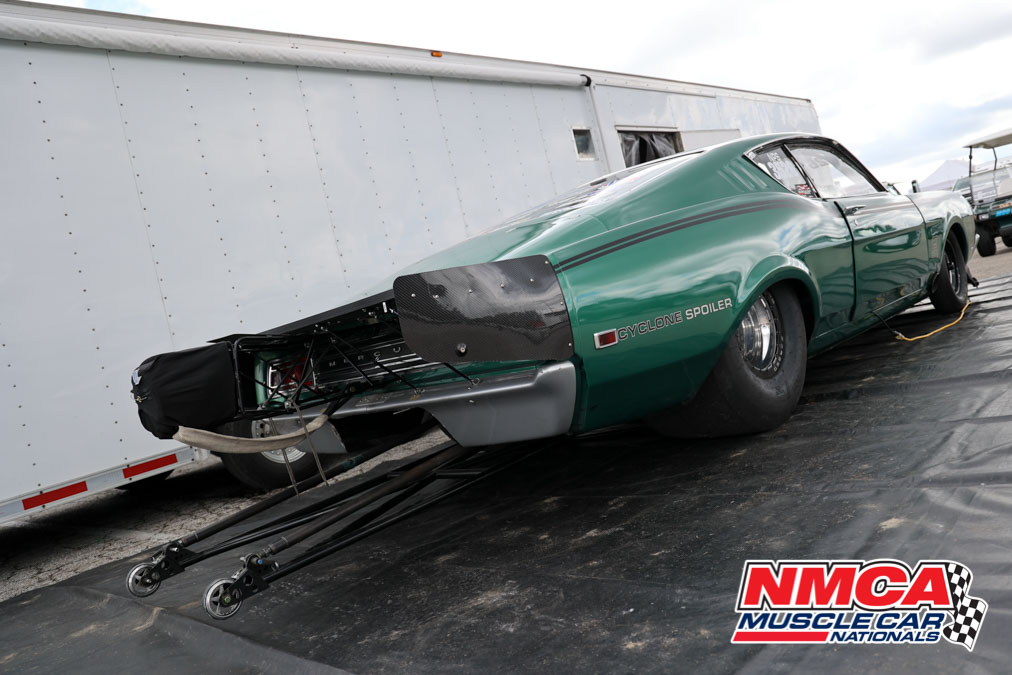 Randy Dolensek's fan favorite Mercury Cyclone Spoiler is back this weekend in ARP Nitrous Pro Street, as is the driver who realized this year that he just couldn't stay away from racing. Dolensek and his team recently added the new rear "spoiler" to stabilize the car at the top endstrange considering the body was built for the high baks of NASCAR tracks, but obviously Doelnsek's Mercury is putting out substantially more horsepower and wears drastically different tires than the stockers. 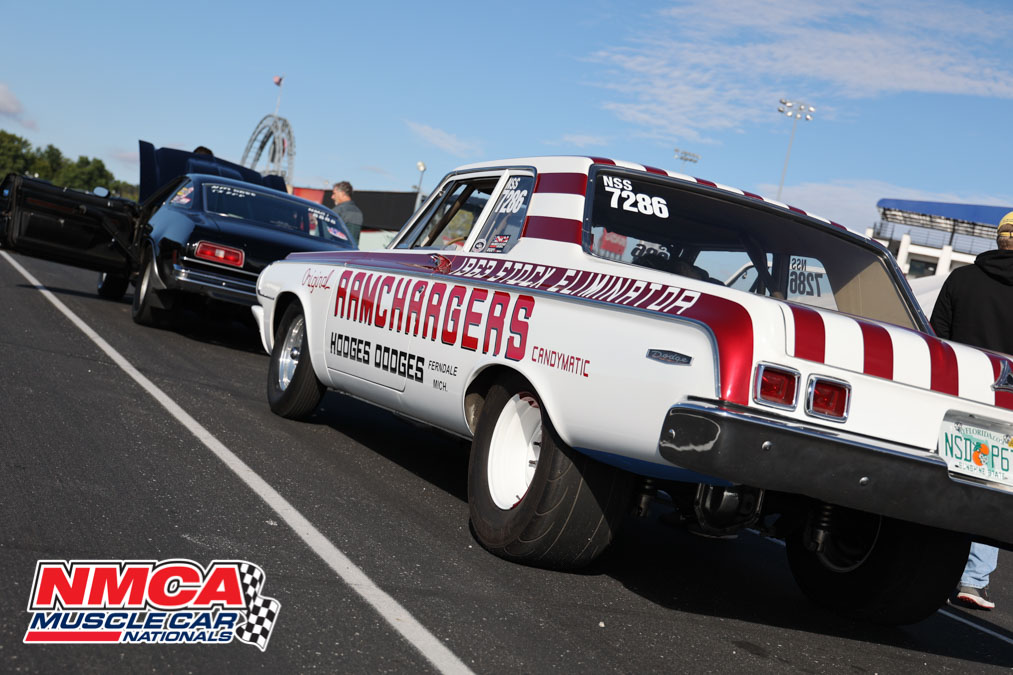 The NMCA World Finals presented by Chevrolet Performance plays host to the Dave Duell Classic and Nostalgia Super Stock All-Star race. The two classes combined regularly bring in over 70 nostalgia super stockers in all of their '60s glory, and the winner of the Dave Duell Classic will take home $4,000 in purse money! 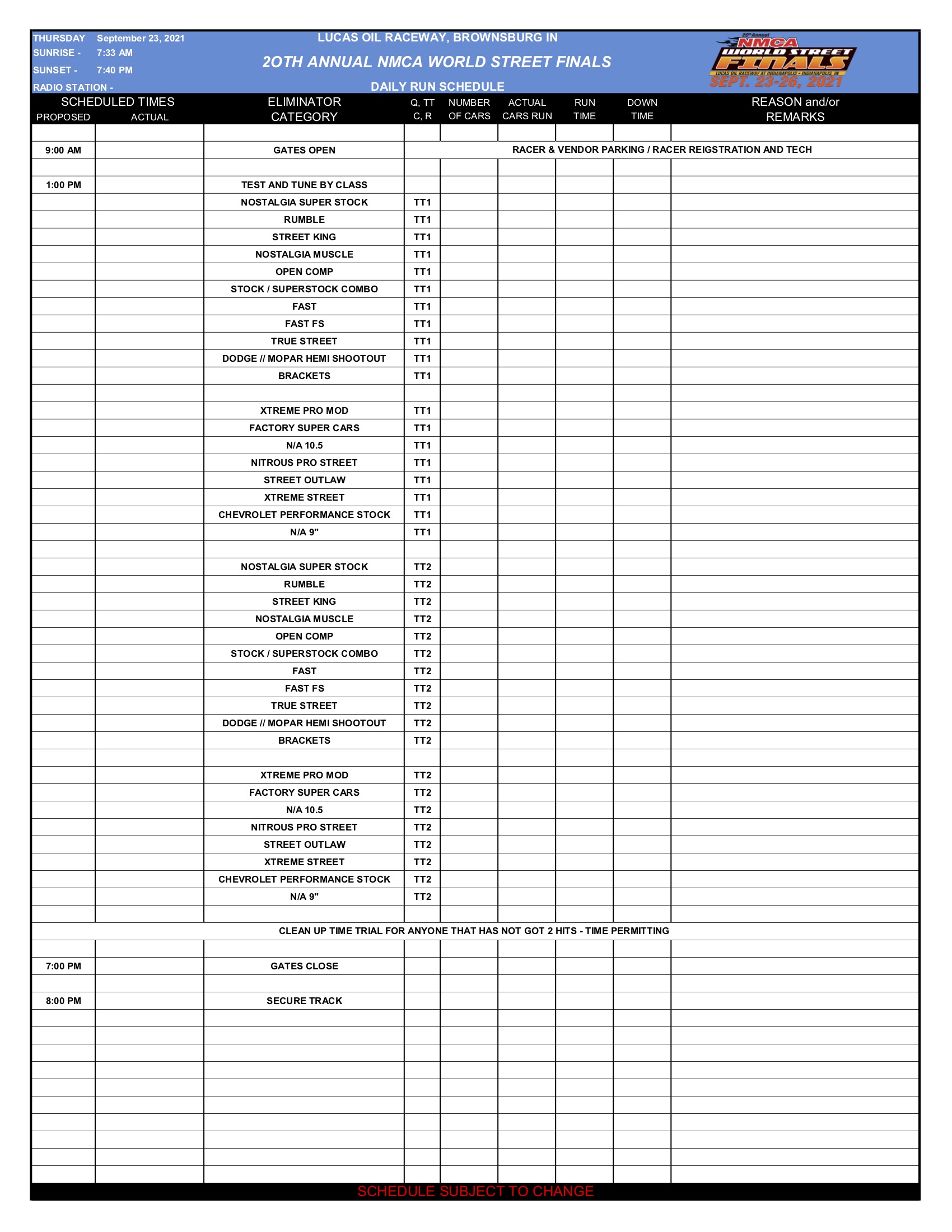