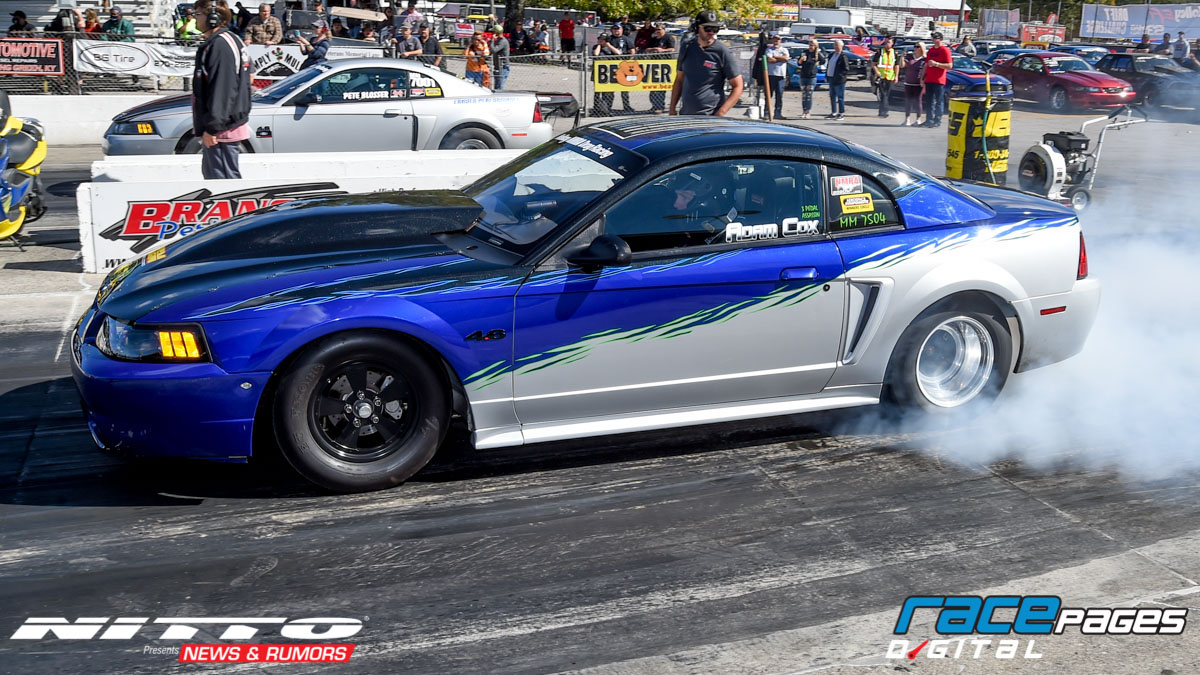 After a stint in NMRA Pure Street with his '88 Mustang in the early ˜00s and having run in NMRA Exedy Racing Clutch Modular Muscle for nearly a decade with his '99 Mustang on a part-time basis, driver Adam Cox is ready to step up to a full-time schedule for his 2021 season in hopes of capturing a class championship. Having to balance his career at CSX Transportation in Kentucky with racing has been tricky in the past for Cox, as time and money weren't always available at the same time. However, after a standout performance in 2020, he's decided to take advantage of some overtime work, as well as extra vacation days and the assistance of his generous sponsors, to finally make it happen. 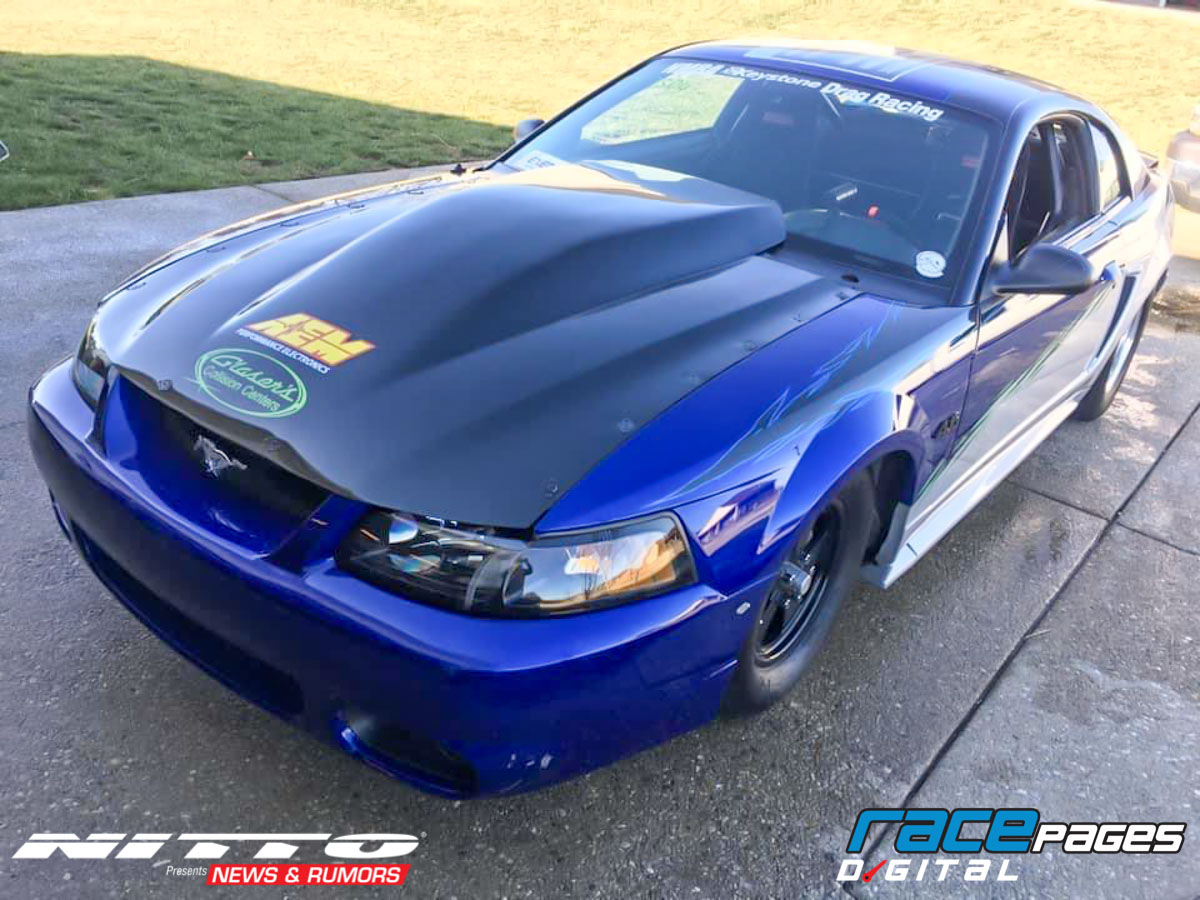 Despite the ups and downs of the Covid-adjusted racing season, Cox still managed a runner-up finish in NMRA Exedy Racing Clutch Modular Muscle at the 19th Annual Arrington Performance NMRA/NMCA All-American Nationals at US 131 Motorsports Park in Martin, Michigan. Other solid performances throughout the year contributed to him finishing out the year impressively ninth overall in points, even though he only ran at a few events. I was going in to Bowling Green with a lot of momentum, recalled Cox of the 22nd Annual NMRA All-Ford World Finals at Beech Bend Raceway Park in Kentucky. He was qualified strongly in sixth with a 0.011-second reaction time, which would have positioned him well on the ladder, but wound up hurting his engine in the third and final qualifying session. I heard something in the engine at the top end, but managed to run a new personal best of 9.96 at 134 mph before it let go. Knowing his old 6-point cage wouldn't cut it anymore now that he was running sub-10-second times, Cox used the unfortunate end of his season to make upgrades to his program. His Mustang went to Fast Chassis for an 8.50-certified roll cage, and the overall chassis was beefed up with componentry from Team Z Motorsports, a PA Racing front K-member, and AFCO by Menscer shocks and struts. 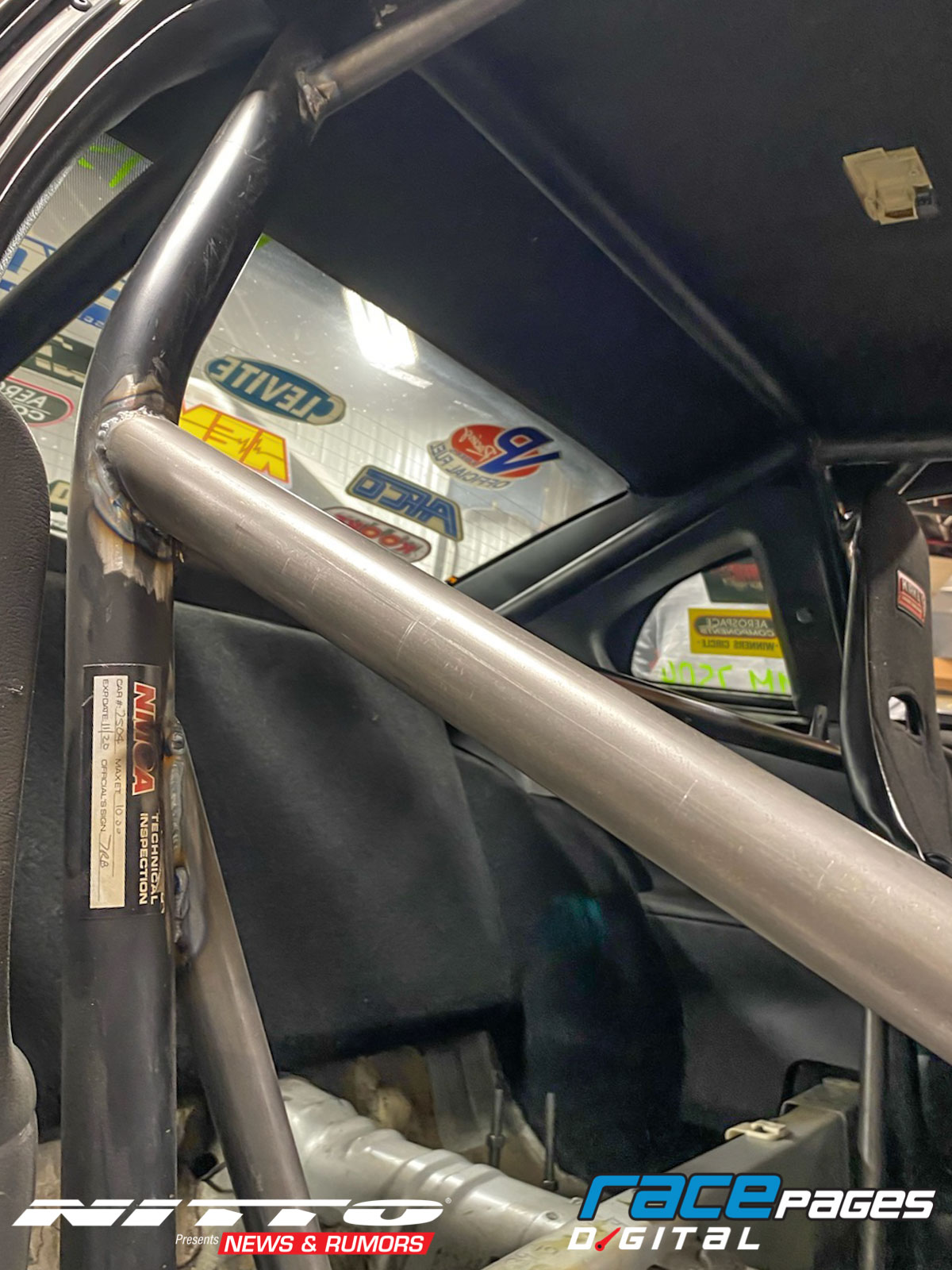 Despite a deflated ego, Cox wasted no time in rallying. I got the motor apart and took it to the machine shop and had Competition Automotive put the short block together, Cox shared of his plan to repair his 4.6L modular engine, which utilizes a Sullivan Performance Products intake and Quick Fuel carburetor. He finished up assembly of the rest of the bullet, including installing the heads, cams, and timing chains. I've only got a few more hours of work left before I can prime it and get it started now. Cox's setup is a little unconventional, too, as it makes use of a distributor so that he can run an MSD ignition box. Everything on the front of the mod motor is custom made and it's almost unrecognizable, said the man proudly. The MSD crank trigger pickup is for a small-block Ford that's been modified to fit with the ignition box. 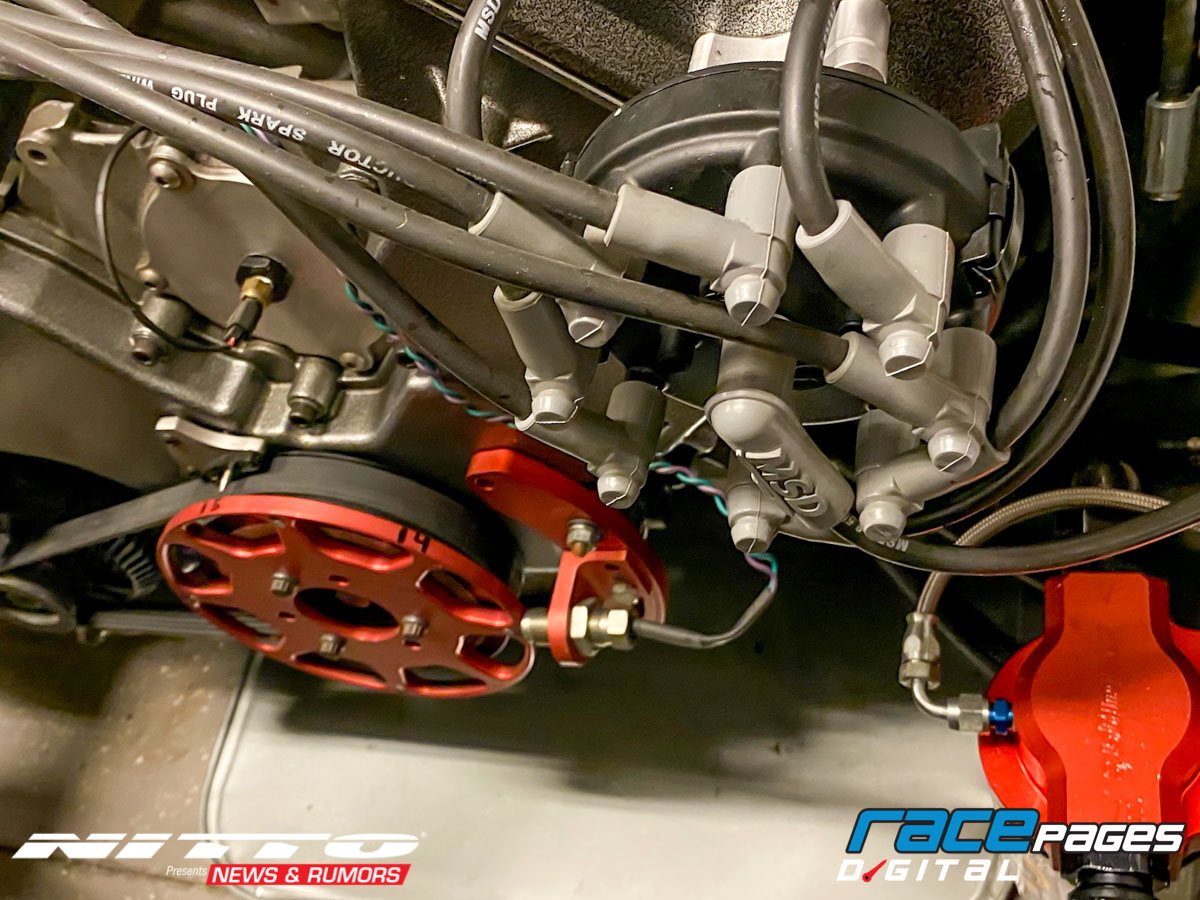 Another somewhat unusual piece of Cox's combination is his transmission: a G-Force Racing G101A stick-shift gearbox with a clutch, inspired by his good friend and NMRA G-Force Racing Transmissions Coyote Stock superstar, Jacob Lamb. It's unusual for index and bracket classes, but other than a 6-month span a few years ago with an automatic, which I hated, I've always had a stick in the car, laughed Cox, who was talked into the swap by his brother-in-law, Pro Mod racer Aaron Glaser, and nicknamed the Three Pedal Assassin by Mark Anderson. Jacob is a great buddy and has shared data with me over the years. He's been a huge help. Over the off-season, Cox also took the time to rewire his SN95. He had retained the factory electrical system previously to make it easier to retain use of the Ford's lighting, but decided it was time for a fresh start and made all of his own harnesses and plugsa huge undertaking that will surely show benefits at the track. 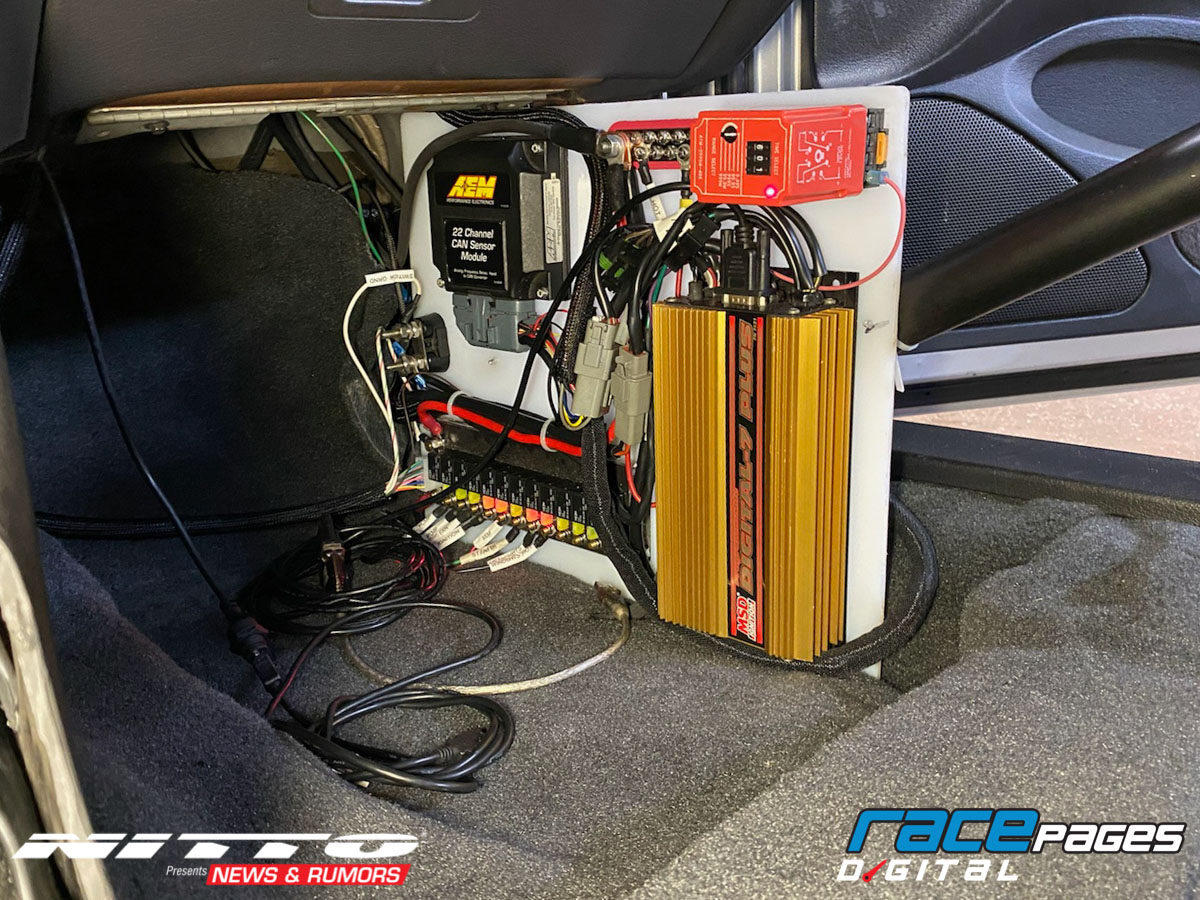 Similarly, Cox's program has benefitted tremendously from the addition of some AEM electronics, namely the company's AQ-1 data logger and CD-7 digital dash. AEM's support has helped us a ton and the data we've been able to acquire has completely changed things for the better, noted Cox, who also runs a lightweight battery from XS Power. It's mostly thanks to help from his sponsors, friends, and family, including his father-in-law who painted his New Edge Mustang, that's enabled Cox to focus so strongly on 2021. As a mostly self-funded privateer racer, he knows how fortunate he is to be surrounded by a strong team. Cox's friend Keith Stevens has been his right-hand man at the track for nearly half a decade and is the primary reason he's able to race at all. Fellow racers Matt Fint and Billy Fint pit with Cox at NMRA events for additional support, and his racing mentor, Andy Warren as well as the entire Warren family, have done what they can to help as much as possible. For 2021, Cox is excited to begin his NMRA year at the season opener in Florida at Bradenton Motorsports Park. Making the year even more memorable is the fact that he'll be joined by his 75-year-old mother, Nevada, who herself is a former Ms. Kentucky winner, and he can't wait to start his run for the NMRA Exedy Racing Clutch Modular Muscle championship title.
Adam Cox