American Dream—A 1964 Rambler That Anyone Would Own

American Dream—A 1964 Rambler That Anyone Would Own

In discussing American Muscle Cars, you regularly hear names like GTO, Road Runner, Charger, Chevelle, 442 and Buick’s GS. American Motors was also in the game, as models like the AMX, Javelin, Rebel Machine and even a Hurst SC/Rambler regularly annoyed competition on the drag strip and in Trans Am racing.

AMC wasn’t afraid to “go wild” as the SC/Rambler, which was built in a collaboration with Hurst Performance, stood out and made a statement. Slathered in Red, White and Blue (inside and out depending on options), they sported a 390 engine, “T-handle” shifted 4-speed, 3.54 “Twin-Grip” rear end and all had the snorkel hood scoop with arrow and “AIR ”graphics.

Going off the Scrambler’s V8, stick-shift theme, Nick Filippides of American Racing Headers rest-o-fide this incredible 1964 American Motors Rambler 440, turning it into the ultimate “what-if” AMC Muscle Car of his dreams. The “440” designates not the engine, but the top-of-the line trim package, as there was 330 and 220 base model.

While the ’64 looks similar to the ’69 Rambler, it’s a smaller design and there was no V8 option. In fact, the V8 didn’t arrive until 1966. That didn’t stop Nick and his partners from injecting the Rambler with a dose of AMC V8 power.

Stuffed in the small engine bay is a real-deal AMC 401 that was stroked to 455 cubic inches of displacement. The engine, which is dressed in the factory hue, has an old-school look with a cross-ram intake, but a Holley Terminator EFI controls fuel and ignition mapping. The AMC mill was built by Doug Triplett of Racine Engines Plus and the induction was prepared by Marty Zimmerman. Naturally, the exhaust was done in-house at American Racing Headers. Other features include an Aeromotive fuel system, K-member by Control Freaks, and Wilwood brakes.

Behind the big V8 is a Browell Bellhousing, McLeod RTX clutch that transferrers torque to a TREMEC T-56 6-speed transmission. Suspension is a street/strip deal done by Tom Goldman Racecars.

Aside from simply being different, we were attracted to the meticulous body, paint and trim on the Rambler. Nick says the guys at Eddie G’s Muscle Car garage in New York handled the body restoration, which included spraying the Ford Lime Gold paint along with the accented lighter color on the roof. The Rambler’s interior is another work of art. There’s an abundance of chrome and a custom billet dash that is so at home it’s easy to overlook.

We caught a glimpse of this machine at the recent SEMA Show, but hope to see it on track or in the show at an NMCA event in 2023.
AMC
,
Rambler
,
NMCA
,
American Racing Headers
,
SEMA 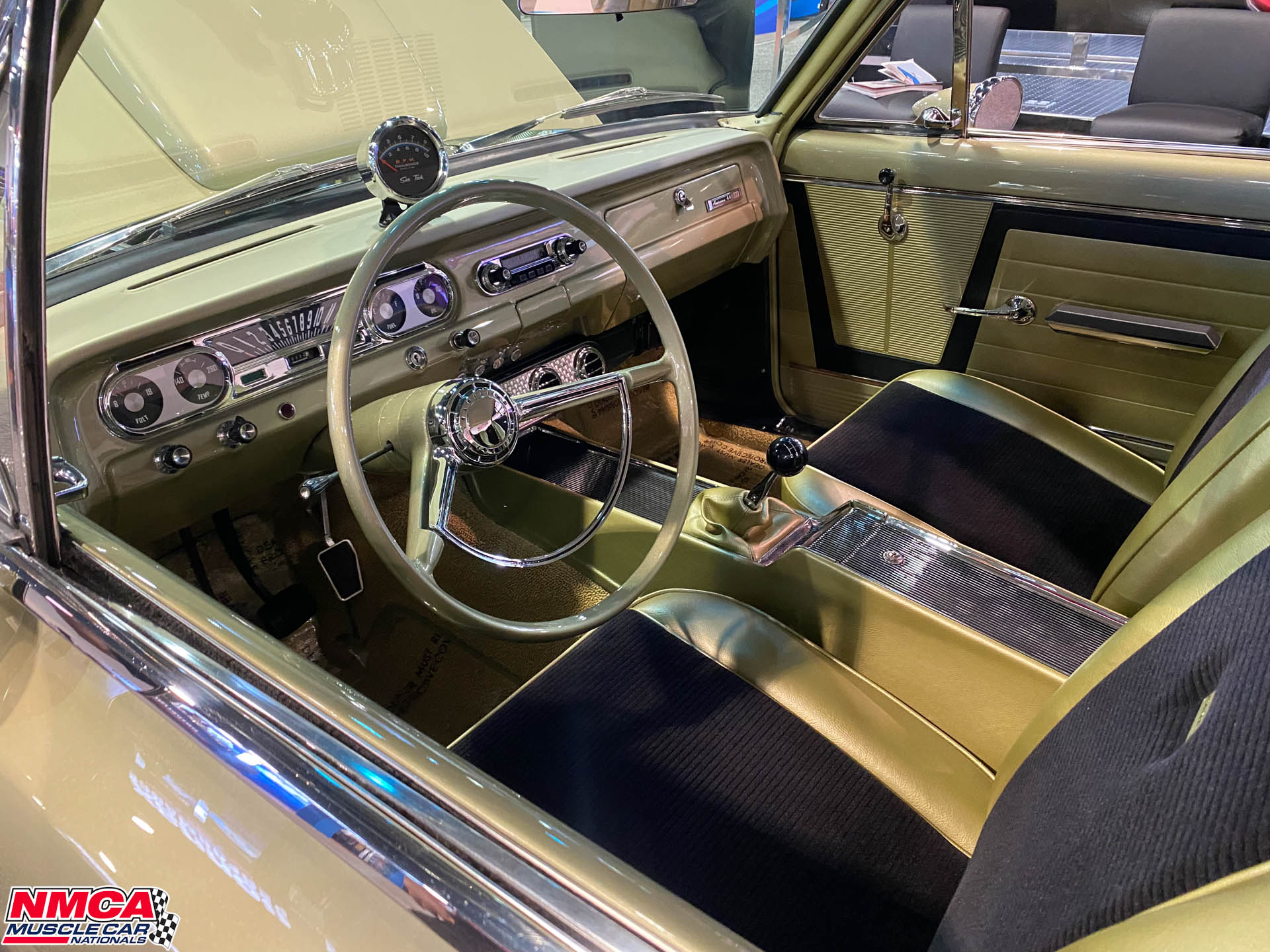 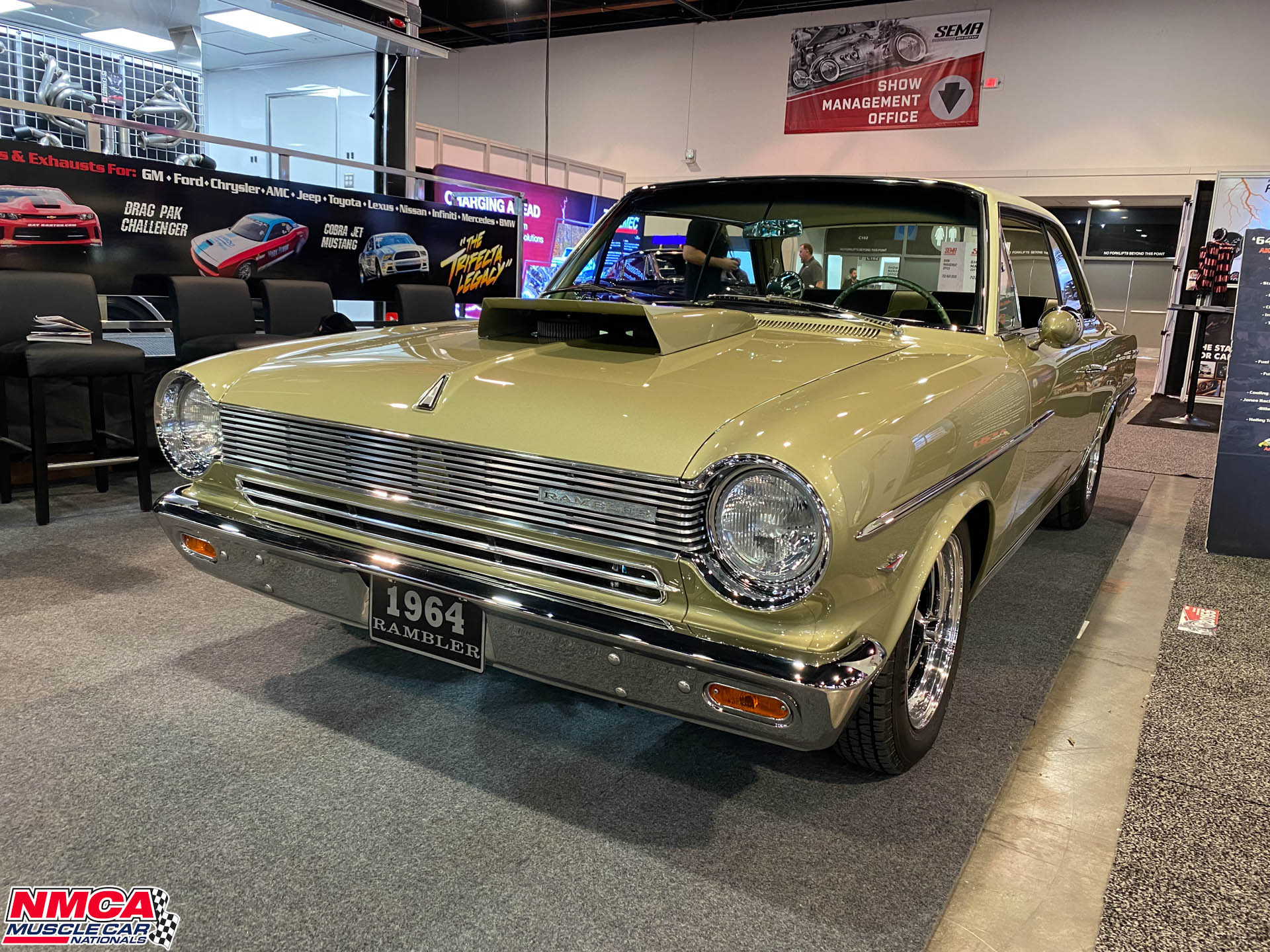 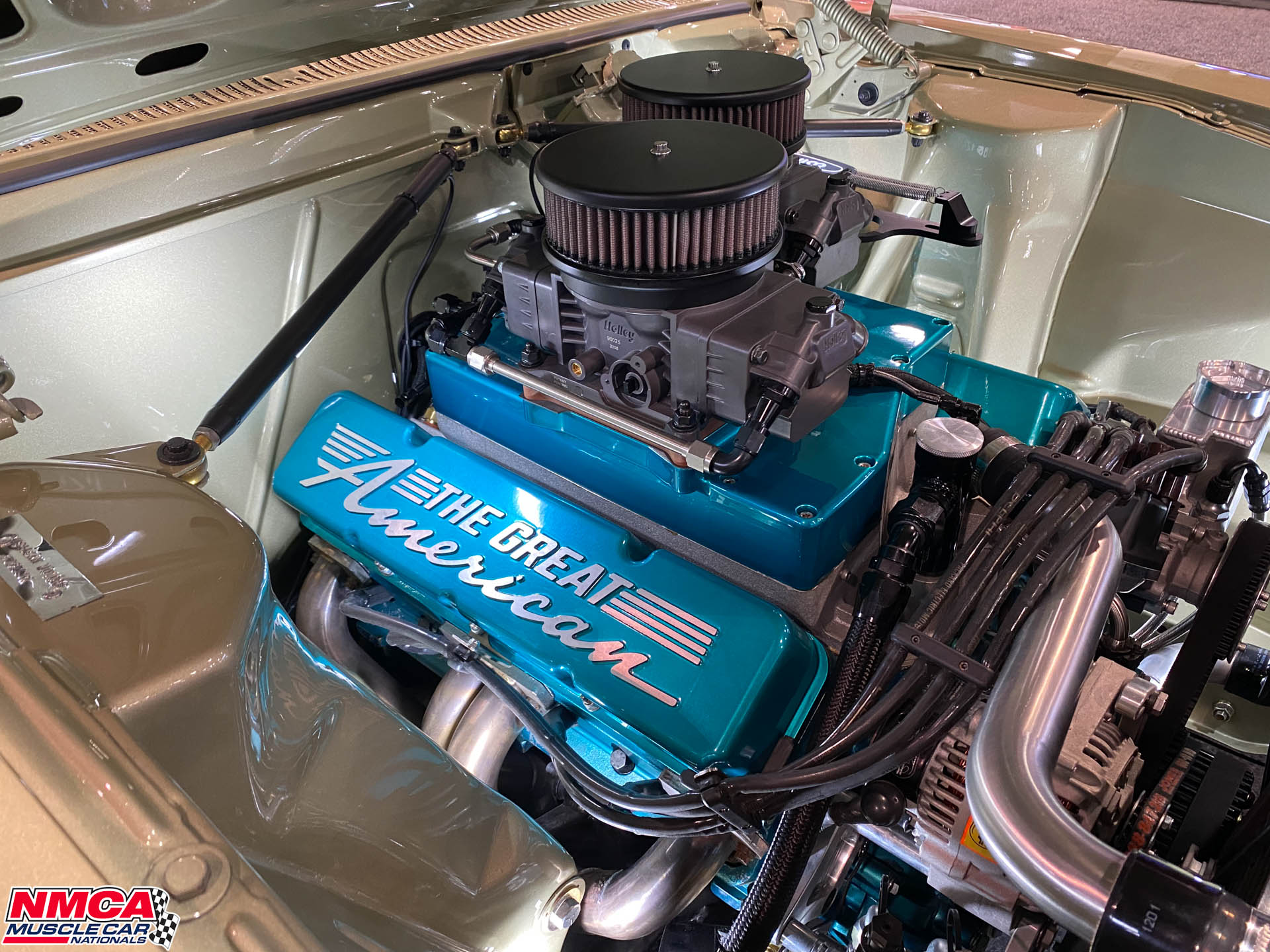 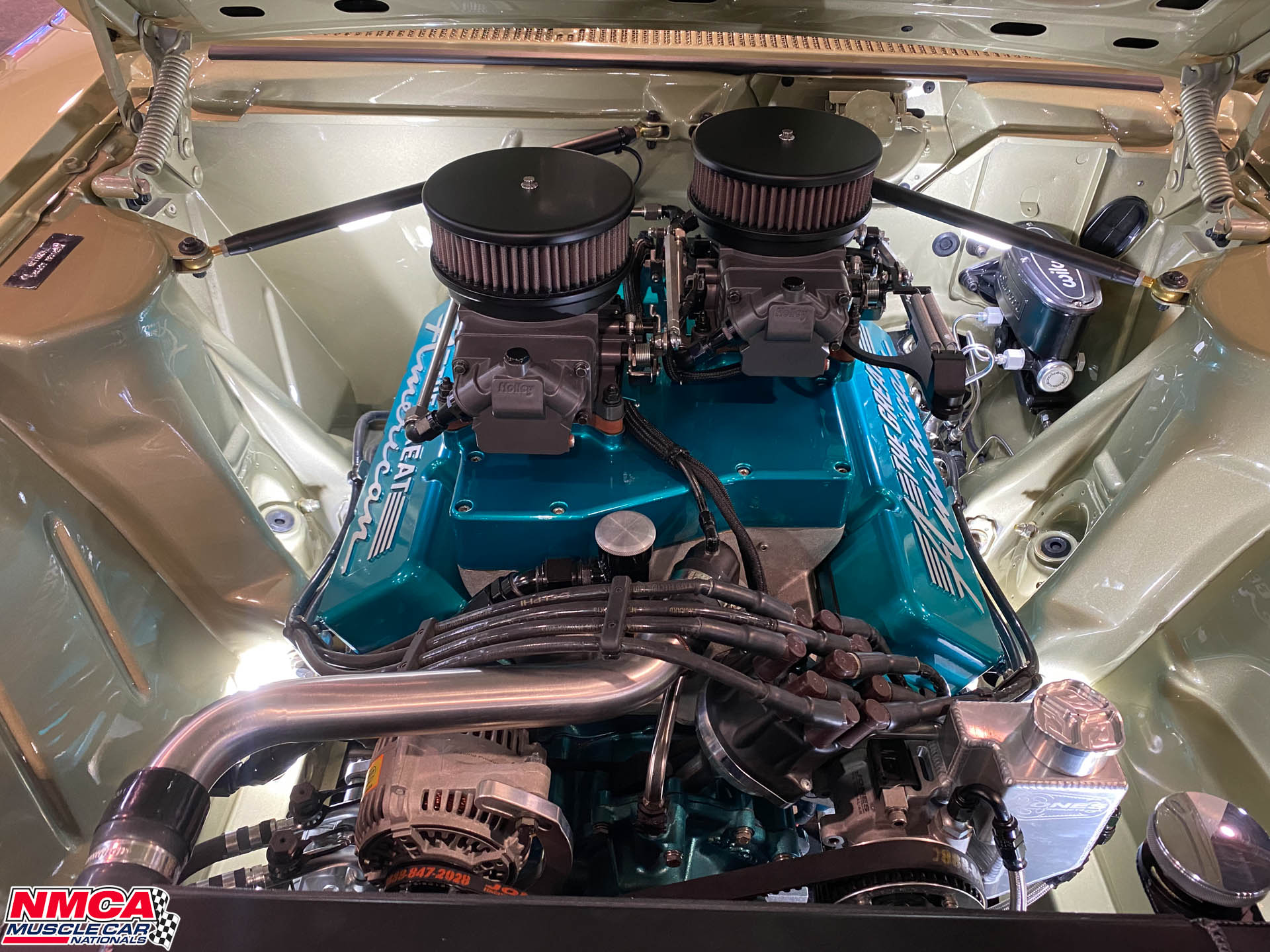 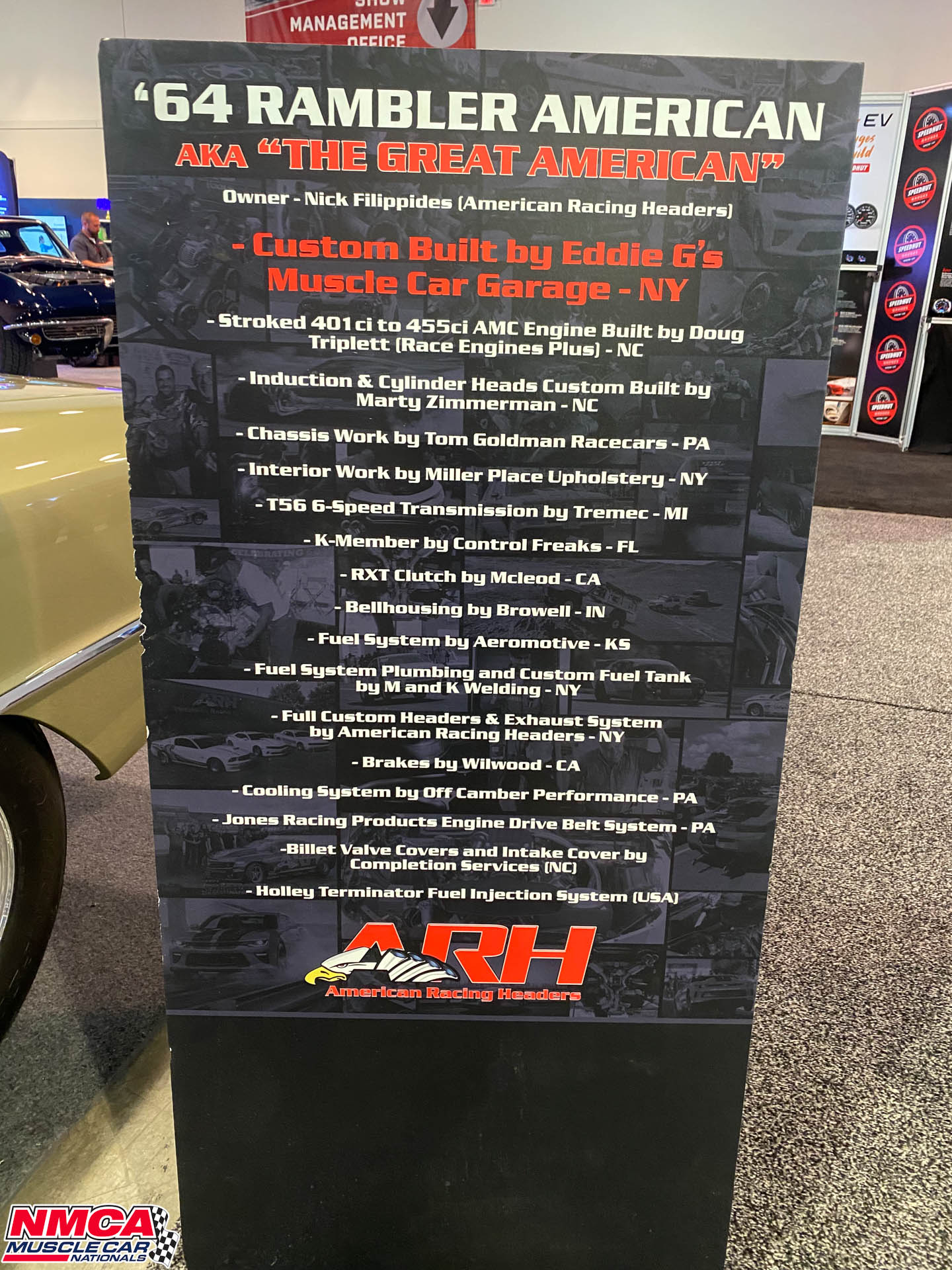 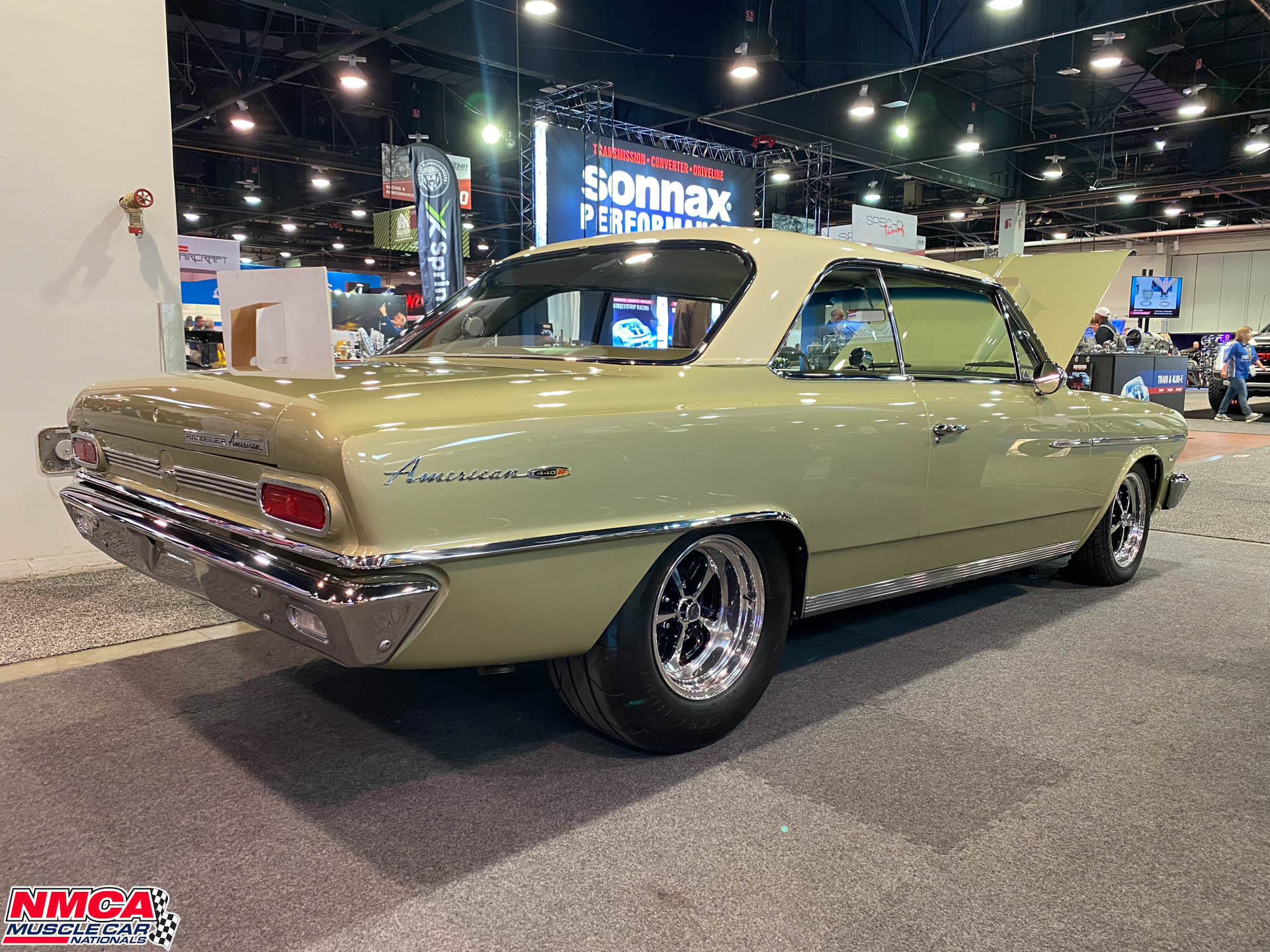 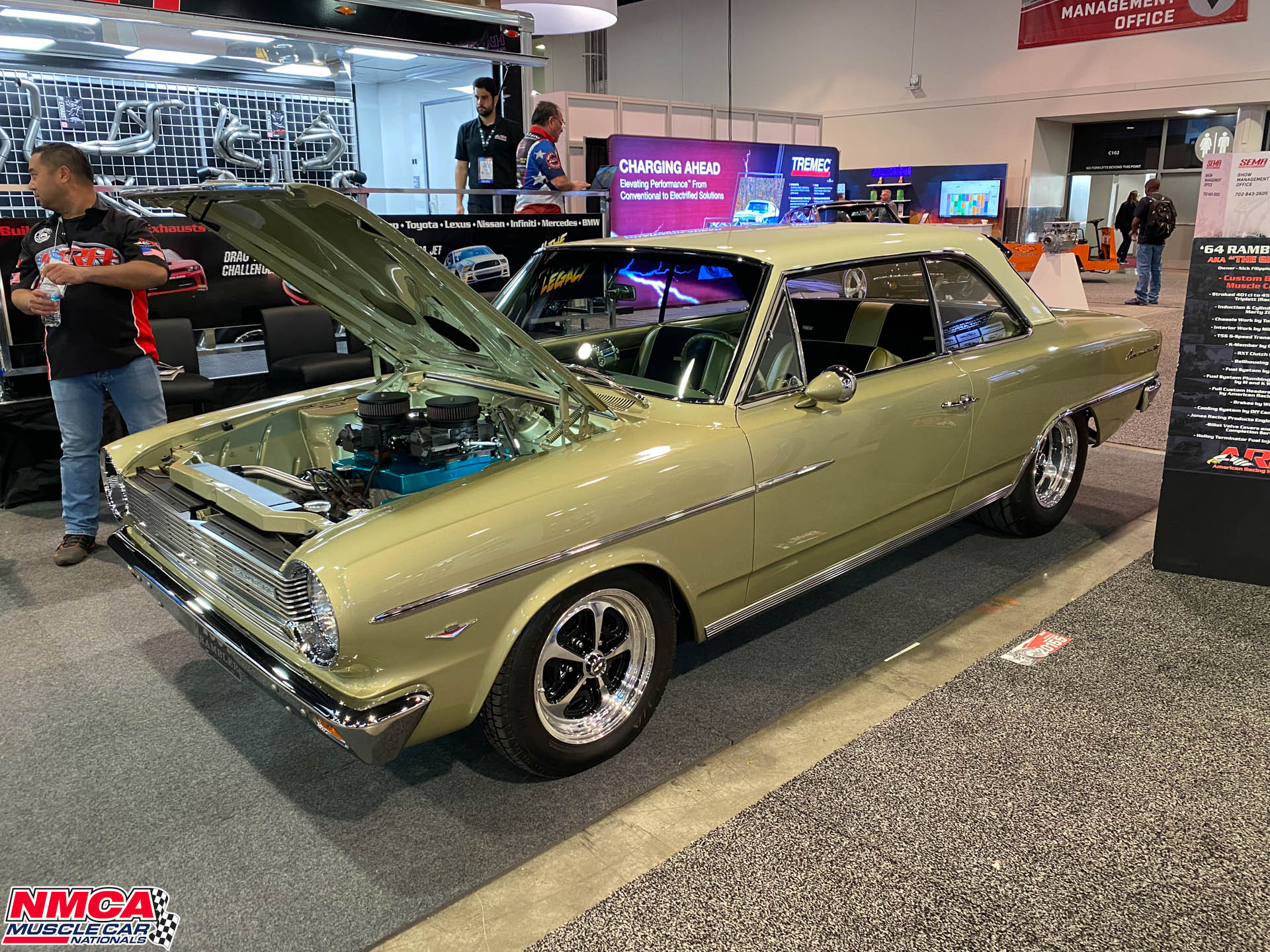