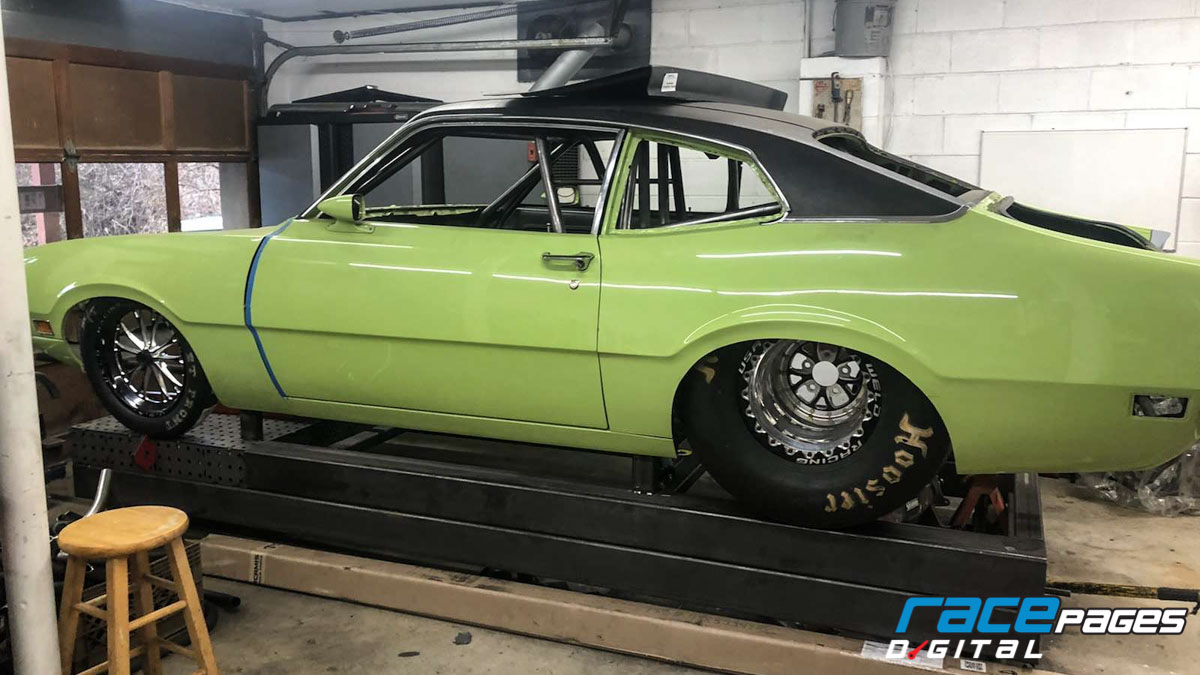 Having purchased his Ford Maverick when he was in the seventh grade, Erik Slavinjak, now 30, is taking a big step forward with what was once just a basic build. Headed for the big-tire, high horsepower ranks, the little car is getting a new lease on life after a frustrating past. At first, the old grandma car had a six-cylinder engine and automatic transmission, but young Slavinjak and his father, Joe, restored and revived it over the years. We put a small-block Ford engine with nitrous and a five-speed in it, he explained of the converted stick car. The father and son enjoyed cruising in the car together and racing on Friday nights, but it was never super-serious. As he got older, Slavinjak decided he wanted to move to a big-tire platform and go with a full tube chassis. In 2016, he brought his Maverick to a chassis shop where it was cut up and then promptly sat untouched for a long time. 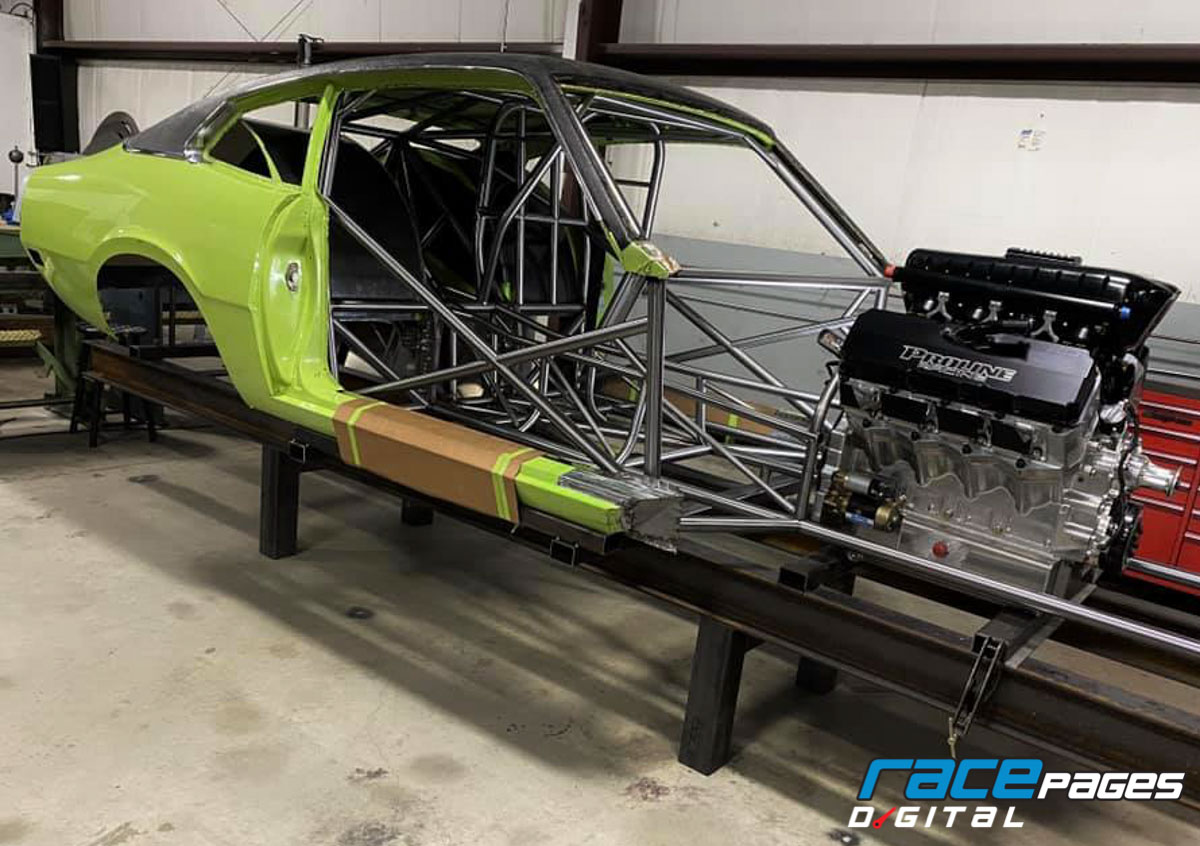 After nearly two years, and, frustrated with the bills for work that wasn't getting done, Slavinjak pulled the plug. Thanks to help from one of his best friends, Chris Taber, he brought the Ford home. When a friend recommended a different chassis shop, he decided to give it another go. Unfortunately, that didn't work out either, as the original location had done sub-par work on the bars they did manage to put in and the new place had issues with workmanship as well. Nothing was placed right, bars weren't welded around the funny car cage, and it was just a disaster overall, lamented the Maverick's owner. Frustrated from the waste of time and money, Slavinjak cut his losses yet again, brought the car home again in the summer of 2020. I built my own chassis table and bought a tube bender and a tig welder and decided I would just do it myself, laughed the man who works as an elevator mechanic around the New York City area. Dreaming big, he purchased a Pro Line Racing 481-X engine that previously belonged to Steve Woolley with PLR's Danny Coogle facilitating the deal. However, Slavinjak decided the engine deserved a better home than what he could create himself. I'm not confident in my abilities to build a car of this caliber in my home garage. I'm not a chassis guy, shared the self-described blue-collar worker. 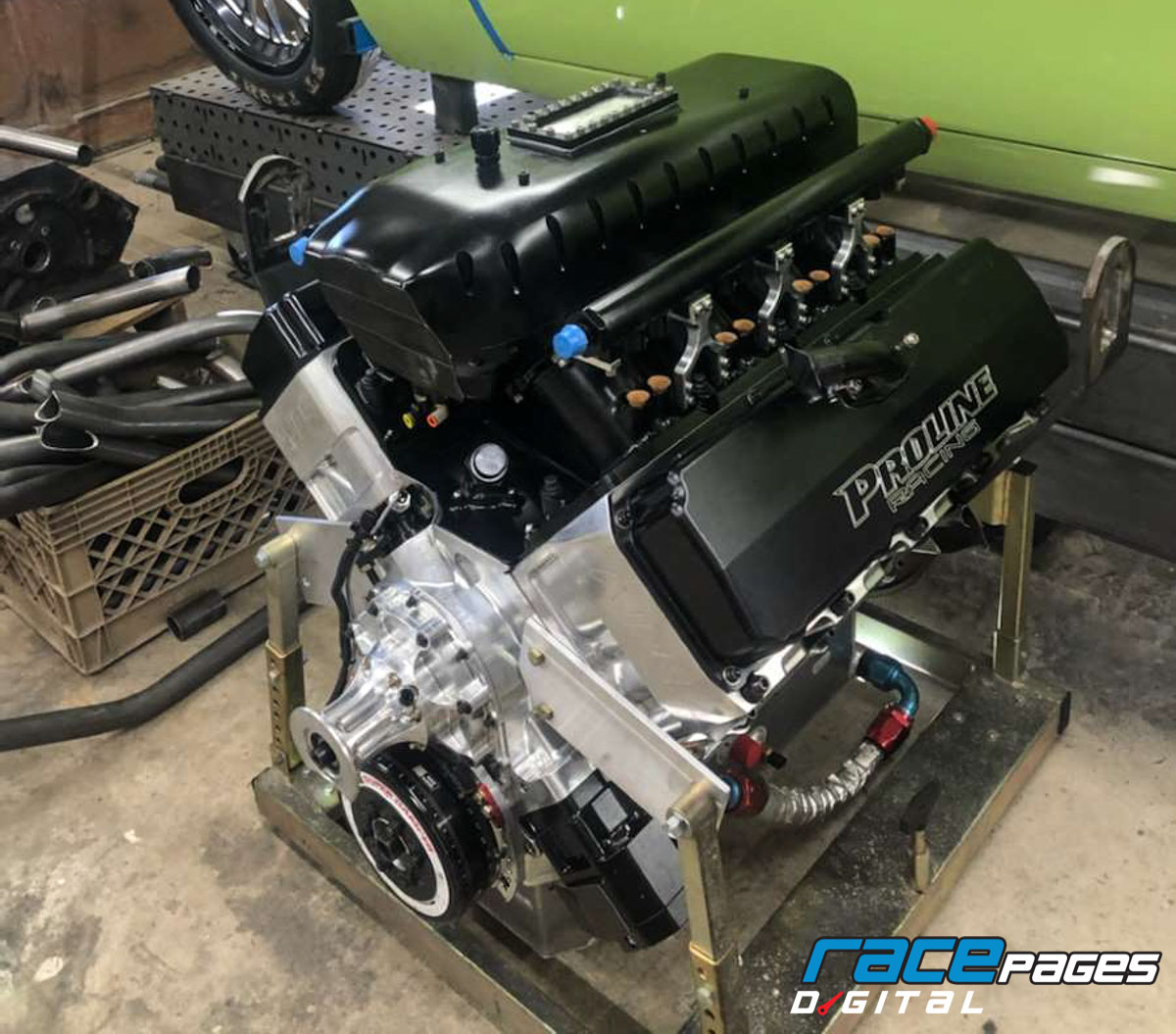 Slavinjak contacted a few folks, but it was his conversations with Dennis MacPherson of DMC Racing in Massachusetts that really inspired him. Understandably, MacPherson wasn't keen to take on another builder's problem project, but he was understanding of Slavinjak's stressful story as well as his needs and finances and decided to work with him. It was a blessing in disguise. Dennis is a great guy and I'm so thankful for him and the guys in the shop. The quality of work they do, I've never seen before in my lifethey've blown me away, shared Slavinjak of his experience. Dennis has been great about understanding my need to go slow with this project since I don't have an unlimited budget, and it's been a real pleasure working with him. In addition to the completely new and state-of-the-art 25.3 SFI certified, double-frame-rail chassis, MacPherson and team will also be putting in the full-floater rear end, four-link suspension, and Menscer Motorsports four-way-adjustable shocks. 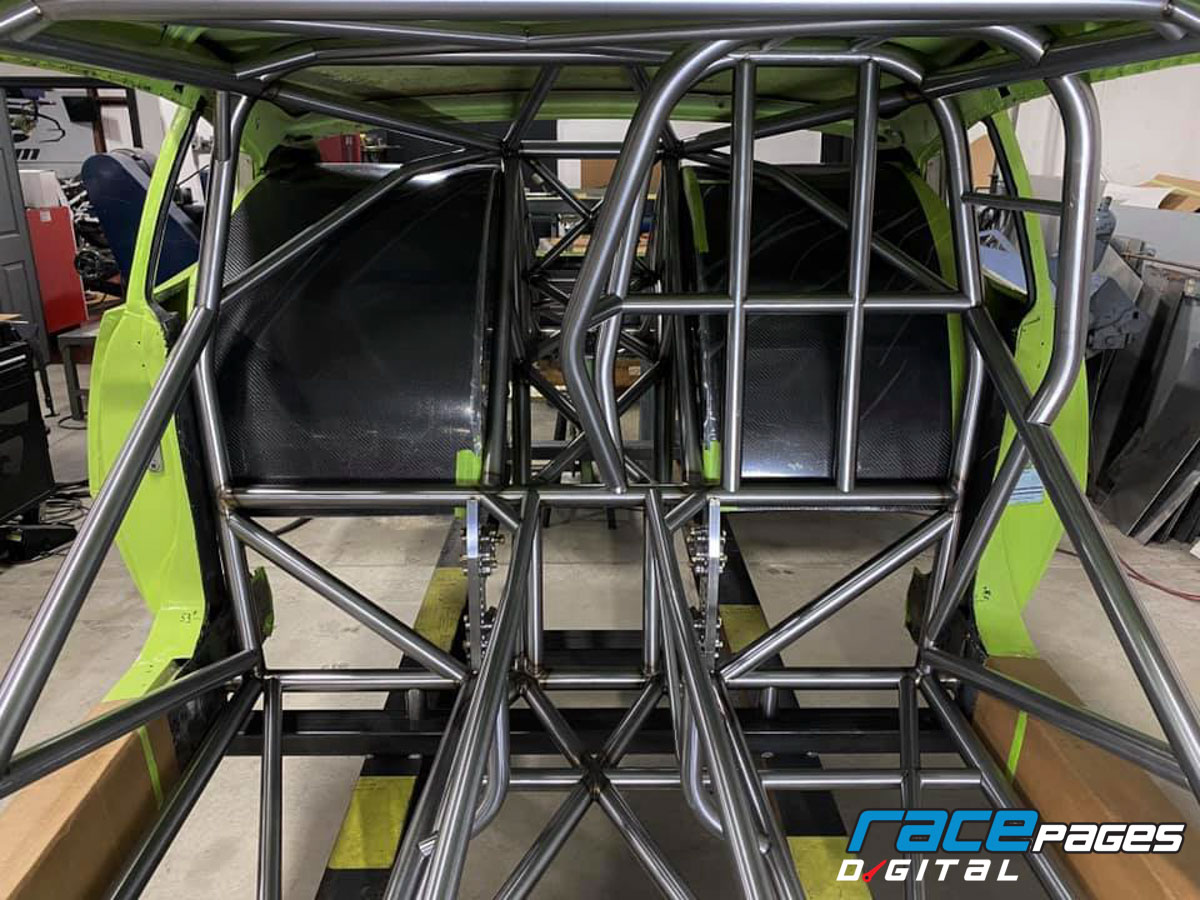 Slavinjak plans to pair his PLR powerplant with twin 88mm turbochargers, and he's already purchased a three-speed Turbo 400 from M&M Transmission. Danny and Eric Dillard at Pro Line also worked with me in holding the transmission until I could come up with the cash, he added appreciatively of the men who helped turn his dream into a reality. Chris and his family rescued my car from chassis jail both times in the beginning. They drove their own truck and trailer hours to help me, said Slavinjak, eternally grateful for his friends' support during his plight. Without them, none of this would be possible and my car may not have ever wound up at Dennis's. 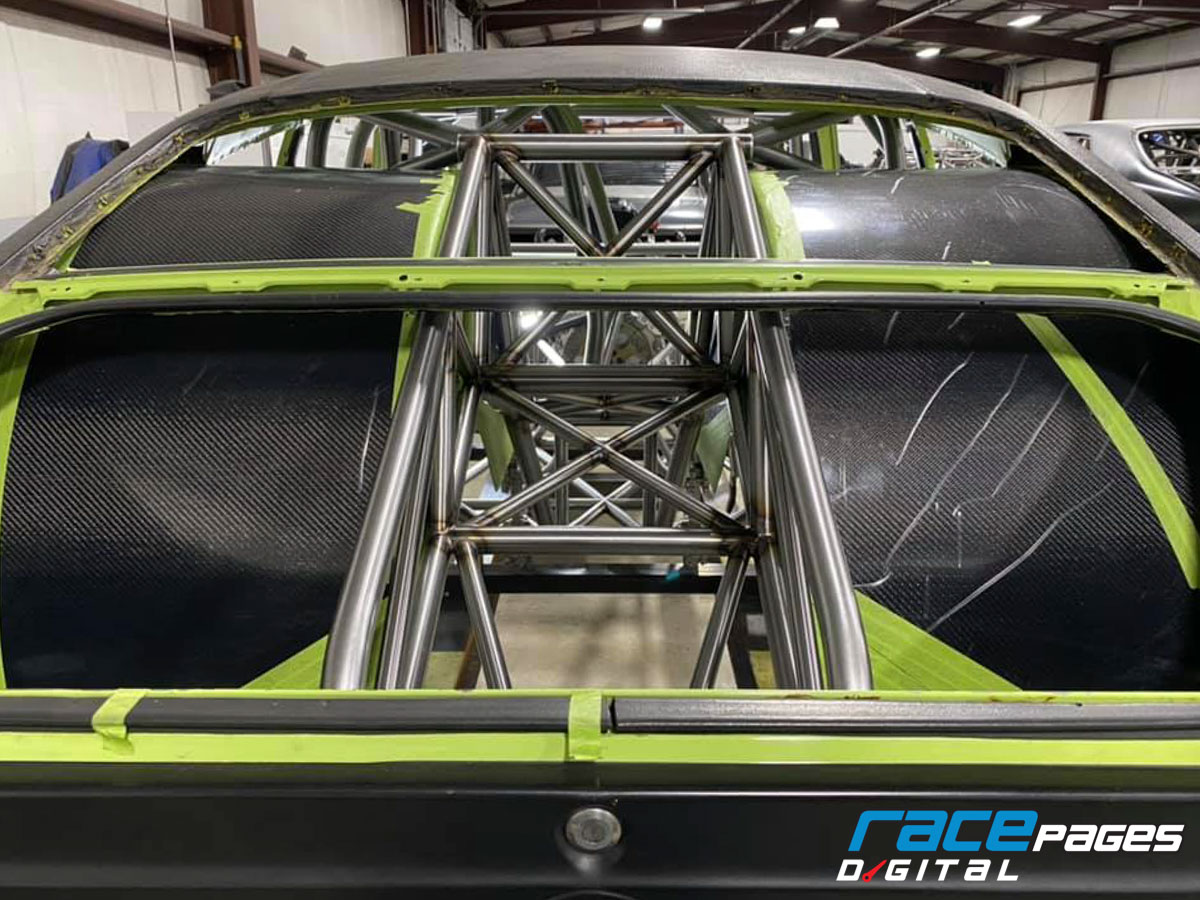 A lot of other people came together to help see Slavinjak succeed after his unusually stressful start. Woolley, too, has taken Slavinjak under his wing to help get the project off the ground once it's finished. The fact that he has taken time away from his own car to help me with mine says a lot. I'm sure having him as a partner on my crew will lead to nothing but success, noted Slavinjak who has been busy building more than just a big-tire car as he's also building many meaningful relationships, too. Having only ever run a nitrous-assisted personal best of 10-seconds in the quarter-mile with the Maverick prior to its first unfortunate trip to the chassis shop years ago, Slavinjak knows he's making a huge leap with his proposed plans. I know I'm going to need some seat time in this thing, laughed Slavinjak, who likes the idea of no-prep racing, but is hesitant to potentially wad up a car that's so sentimental and expensive. So, I might steer towards radial racing and do some Pro 275 stuff, but it depends on cash flow. I like big-tire, too, and want to keep it at that, but we could switch back and forth. Due to his working-class wallet, Slavinjak doesn't expect his Maverick to be ready to motor down the track until late 2022 or early 2023, but he's happy just to finally have the right people handling the job after so many headaches beforehand. 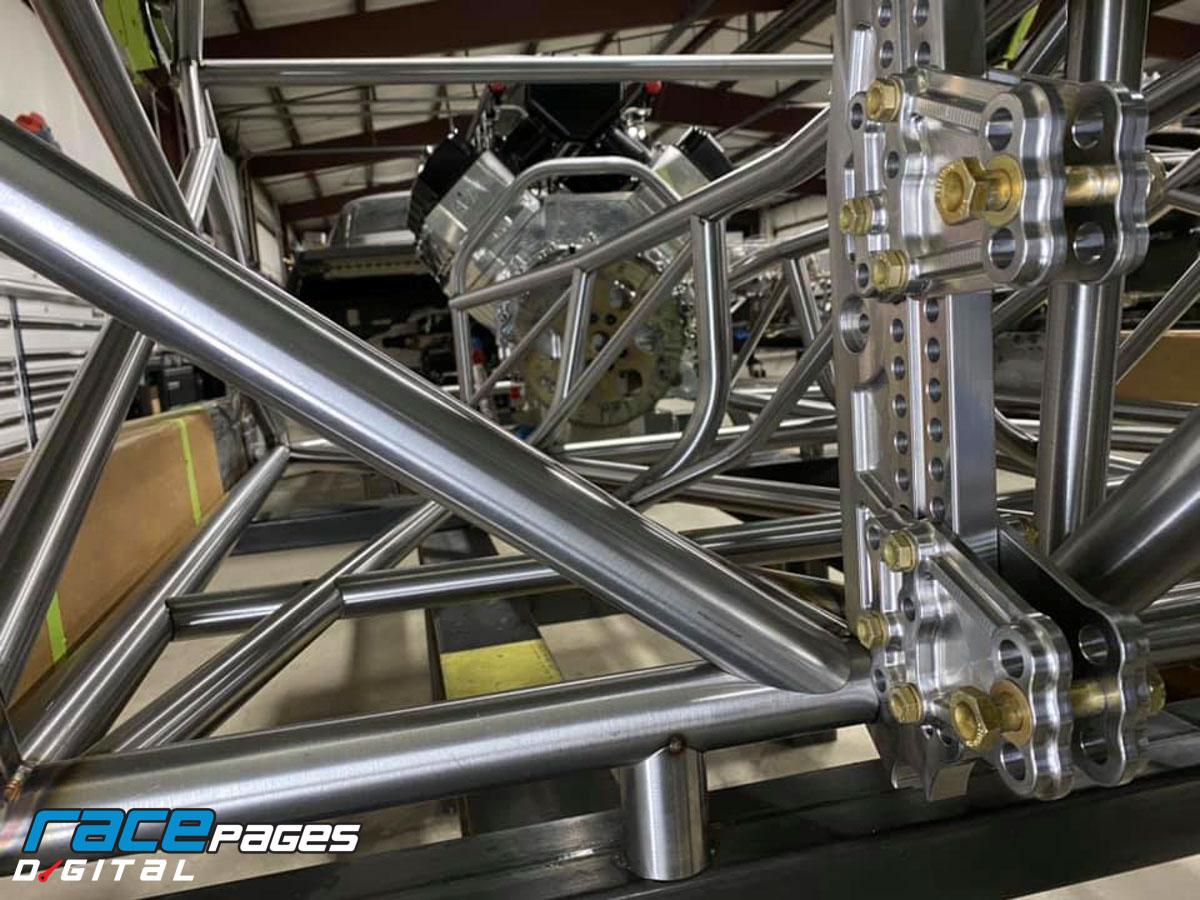