Carlos Sobrino's Quickest Pass Ever with a Stock, Naturally Aspirated Coyote is No Joke 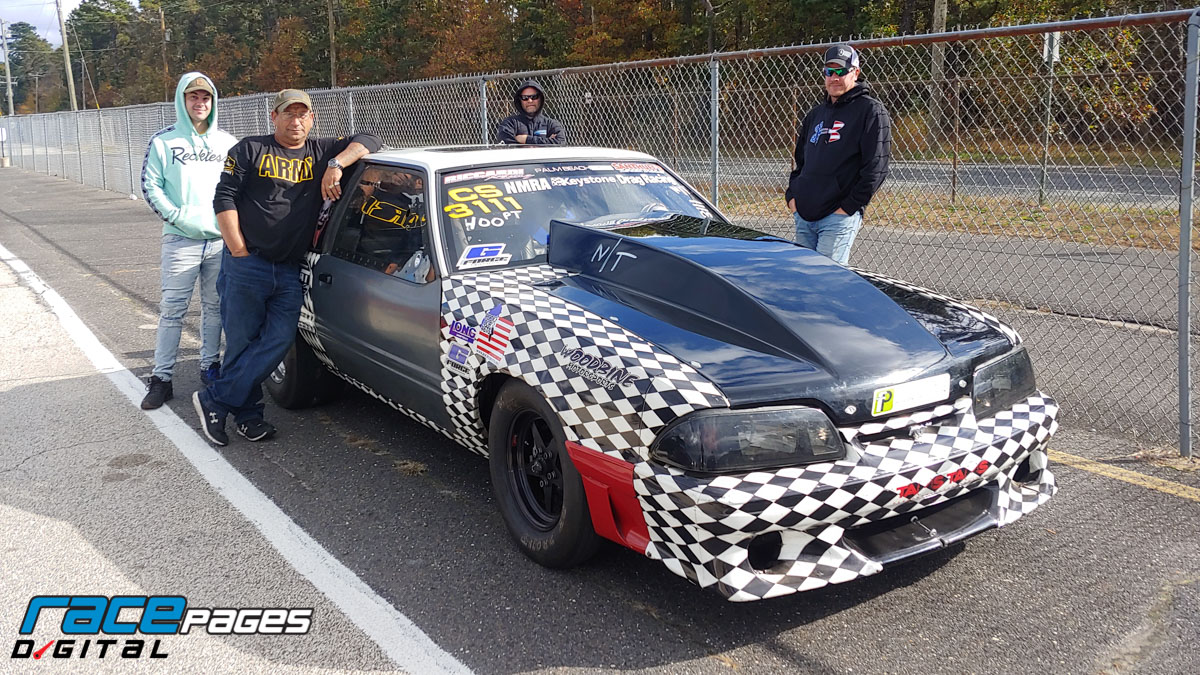 Although he's been absent from the NMRA G-Force Racing Transmissions Coyote Stock ranks since 2019, Carlos Sobrino hasn't been quiet. On October 31, 2021, the New Jersey native set both ends of the record for the quickest and fastest bone-stock and naturally aspirated Coyote engine when he ran 9.050 a 145.14 mph in the quarter-mile. Sobrino's Fox-body Mustang, which he calls The Joker, had been sitting for a bit as it awaited a new crazy Coyote engine, but delays on the radical build kept Sobrino sidelined. Going back to the track with a friend, though, made him realize just how much he missed it and decided he would buy a Gen 3 sealed-stock Coyote engine to mate to his G-Force four-speed G101-A gearbox so he could have some fun of his own in the interim. A massive backorder on the engine control pack from Ford, however, prompted him to buy one second-hand. By the time he was ready to race again, it was the end of the 2020 season and class racing was coming to a close. Without worrying about being rulebook-legal, Sobrino decided to run his Mustang in outlaw trim instead at 2,715-pounds and see what the Gen 3 could really do. I just wanna go fast and push it to the max, laughed Sobrino, who held records in 2014 and 2015 and recently hooked up with Ken Bjonnes and Rob Shoemaker at Palm Beach Dyno for a spicy tune up. 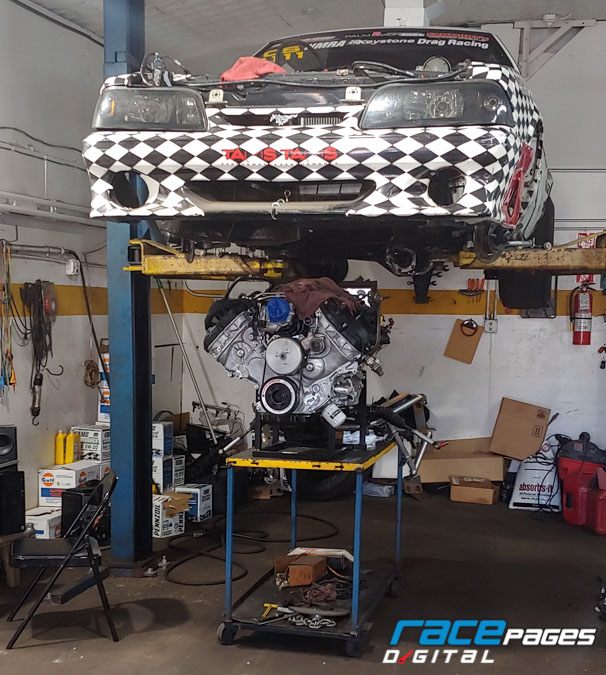 Focused on Justin Young's Mod Nationals race in November, he headed over to Island Dragway in New Jersey in October to test, but wound up cracking his brake rotors trying to stop the car. I put a parachute on it after that, and it's the coolest thing ever! It's like, look at me, I'm fast! joked the Joker's driver. It's the Northeast, so all the tracks stopped prepping in mid-September and I almost wrecked like five times testing and had to abort something like 70-percent of the runs. On October 31, though, Sobrino headed out to Atco Dragway in New Jersey. With Rick Riccardi of Riccardi Racing helping Sobrino out, the day took a surprising turn. On one run, the car went in the air towards the wall and Sobrino had to lift. None of the data wound up getting logged, though, and he decided to give it one more shot in hopes of getting a clean run. I dropped the launch rpm 2,000 lower than usual and dropped the tire pressure. It was 64-degrees out and had rained an hour before, he recalled of the conditions that produced an unexpected record-setting run. And¦ Boom! 9.050 at 145.14 mph! When Sobrino saw the timeslip, which included a 1.237-second sixty-foot time, he realized he had run the quickest and fastest pass for a naturally aspirated, stock Gen 3 Coyote enginewith a soft tune up. The record before then was 9.32 by Dan Ryntz, Sobrino added excitedly. Itching to push for an 8-second pass, Sobrino had to wait, as the data on that run showed he was losing fuel pressure towards the top end of the track. He also had to wait on spilling the beans of his good news, too, as he was concerned if he dropped the news prior to the Mod Nationals event that people would knock him off his pedestal. In the interim, I redid the entire fuel system in the carpump, hoses, regulator, lines, fuel rails, everything front to backwith components from Jim Craig at Weldon, he noted of his hunger to run even quicker and faster at his next outing. Thanks to Rick Riccardi, Joe Bertone, Charlie Rankin, Tom D'Allesio, Marco Ponce, Brian Warcup, and Carlos Florenca for all their help getting me here! Unfortunately, all of Sobino's good juju evaporated once he arrived at South Georgia Motorsports Park to race and things just didn't come together for him to be able to run the number again. Sobrino is now on a mission to have the world's quickest and fastest naturally aspirated Coyote-powered car, obtain that 8-second timeslip, and, perhaps even get into the 7-second zone. To do so, he'll need his new engine to get finished up and perhaps even a new chassis, but he isn't sure at the moment what route that will requireeither a new car or a revamp of his famous Joker Mustang.
Carlos Sobrino