Muscle car enthusiast Nic Williams recently took delivery of a 1 of 1 Frost Green 2020 COPO Camaro, and while bringing home one of the 69 COPO Camaros available from Chevrolet Performance is remarkable enough, what's even more interesting is that Williams lives in the United Kingdomyes, the COPO Camaro has gone international! Williams, who along with his brother Dan, was inspired by his father Keith's love of hot rods, and both Williams brothers followed in their father's footsteps, becoming American muscle car enthusiasts. Their interest in the vehicles led them to eventually create Williams Bros. Speed Shop, which is a 10,000-sq-ft, full-service facility offering restoration, mechanical, engine assembly and dyno testing, and parts sales to classic car customers.

"We build show cars, drag cars, and circuit cars, but mainly focus on drag and show cars," Williams told us. Our paintwork is pretty renowned over here. We have a really good team of people.

In their spare time, the William brothers drag race their own personal cars. Nic owns a 1969 Camaro SS, while his brother competes in a 1969 Nova SS. The two also race their father's 1969 Chevelle as well.

"My dad bought Dan's Nova for him, and he was friends with the owner of my ˜69 Camaro. Eventually he asked the guy if he could buy it for me," Williams recalled. The Camaro was an all-original, numbers-matching 396 Super Sport, and Williams carefully set aside the original engine and swapped in a 427ci ZL-1-spec powerplant that has pushed the SS to 9.60s in the quarter-mile. Williams began racing the car in 2012, along with his brother Dan, who has competed in his Nova since 2010. The brothers regularly race at Santa Pod Raceway, which is just 30 minutes from their shop, and have also raced in Sweden as well. But that's a small skip across a small pond.

In 2018, Williams shipped his Camaro to the United States, and competed at the U.S. Nationals in Indy, followed by the Gator Nationals in Gainesville, Florida, in 2019. They then shipped Dan's Nova over to run a stick shift challenge at Indy, and the car remains Stateside to this day.

"We booked out flights to go Vegas for this year," Williams told us. As Williams no doubt kept an eye on drag racing in the US, his eyes also wandered to Chevrolet Performance's COPO Camaro. After getting to know several US-based racers, it was multi-COPO Camaro owner Daren Poole-Adams that pointed Williams in the right direction.

"A couple of years ago, I made a call to see if they had any back when they did the lottery. I had to buy it within 4 weeks and couldn't make it happen logistically," Williams explained. "At the back end of last year, someone I know told me they were doing the Heritage package/colors, and I thought it would be wicked to get one. It was a challenge to get a hold of the right people at CP, but he put me in touch with Mike Lawrence at Turn Key. Having the ˜69 in Frost Green, I had to get the new one to match."

"He has been awesome," Williams noted. "Every week, he'd follow up our conversations with pictures." It was just six short weeks from when Williams put the deposit down to when it was air freighted across the pond. 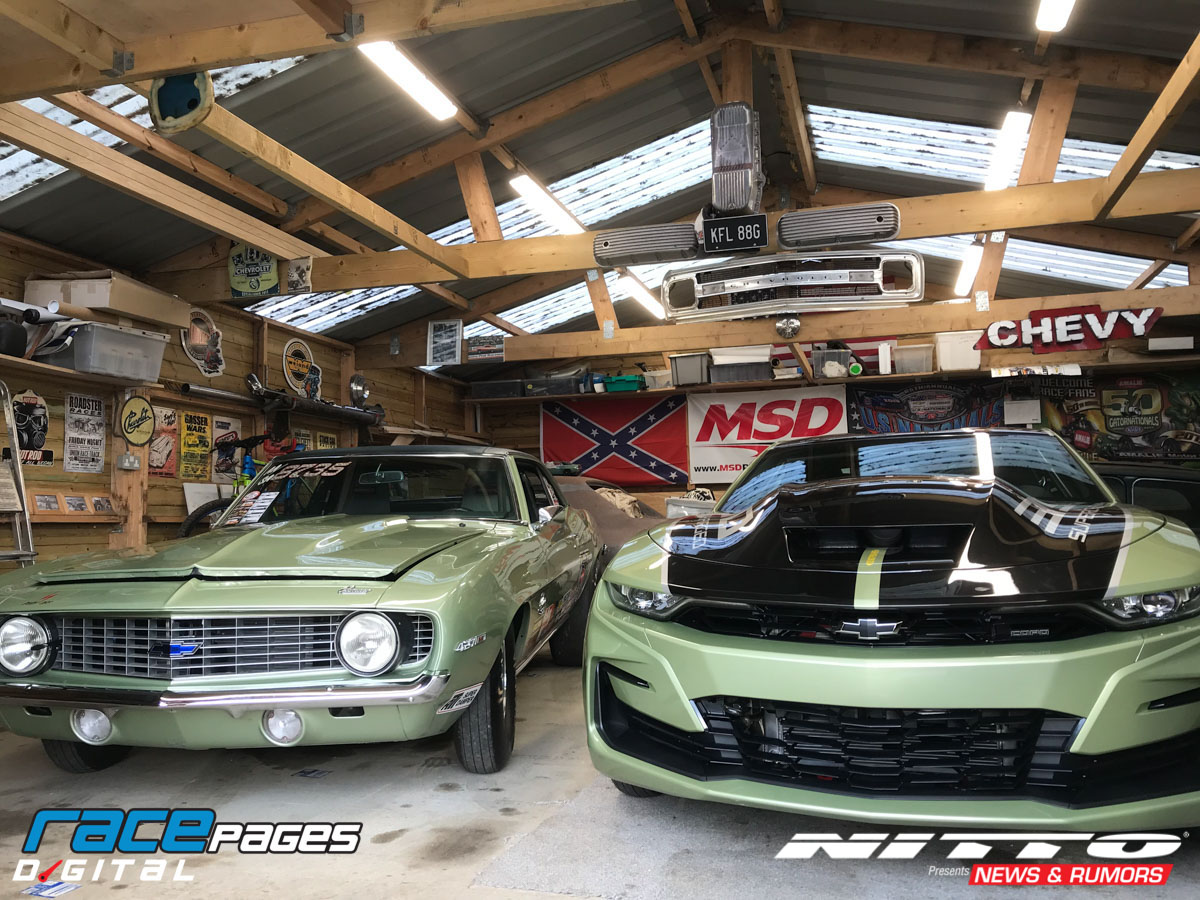 For the 2020 run of COPO Camaros, Chevrolet Performance offered seven additional 1969 Heritage color options and painted graphics packages that included Hugger Orange, Azure Turquoise, Fathom Green, Frost Green, Garnett Red, Olympic Gold, and Butternut Yellow. These were in addition to the standard Summit White, Black, Satin Steel Gray Metallic, and Red Hot, as well as a pair of black and silver John Force Racing-inspired color options. Williams also ordered the COPO with the Racer's Package, which includes a weight box, dual batteries, a carbon fiber air intake and intercooler quick-change couplings. The only thing Williams didn't order that he would have liked to was the 7.50-certiifed roll cage option.

"I ran it 10 days ago; it went 8.68 at 157 mph. We're playing around with the tune on the EFI a bit." As Santa Pod Raceway recently added a Stock/Super Stock class to its program, Williams plans to run the COPO in that for the time being. Further plans include having brother Dan drive it at some point, and perhaps having a new engine built for it in the early part of 2022. Who knows, we might even see it at an NHRA or NMCA race in the future as well.
Chevrolet Performance