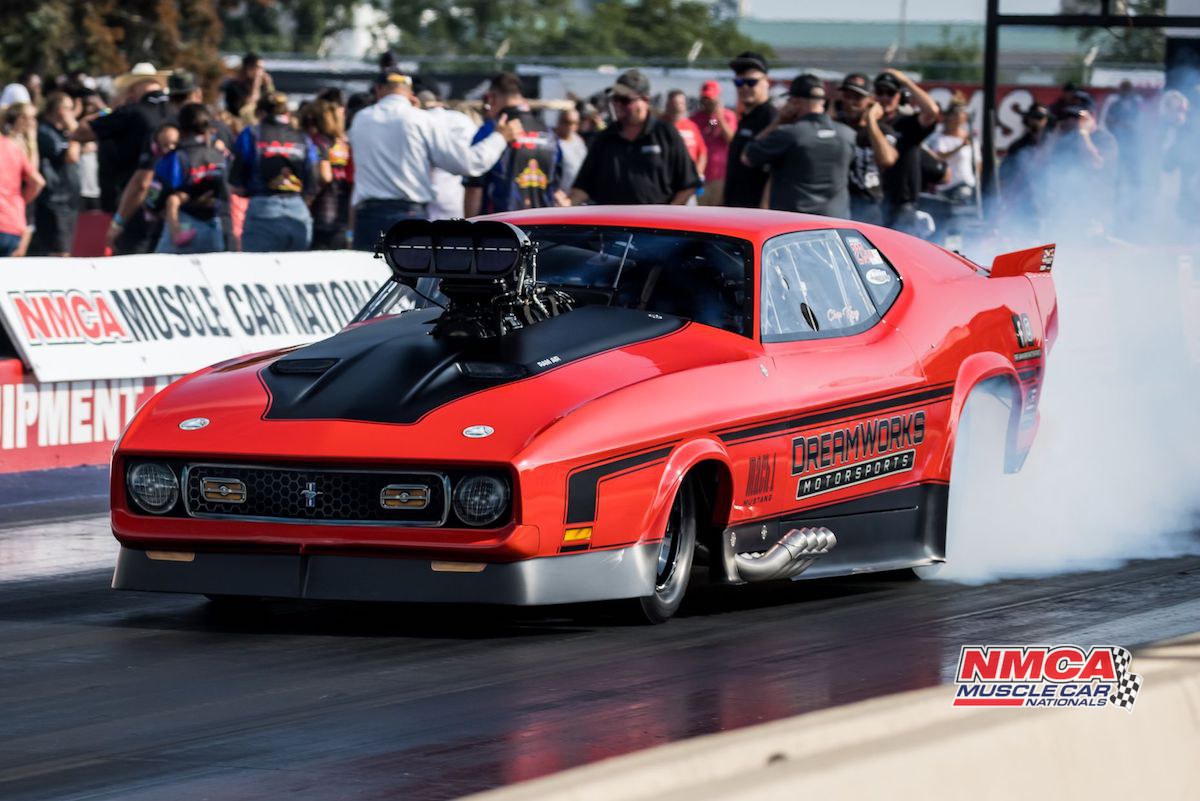 With his experience and extraordinary Mustang Mach 1-bodied car built by Jerry Bickel Race Cars and boasting a Hemi by Joe Hornick, Roots-style supercharger by Chuck Ford, Turbo 400 by M&M Transmission and rear end by Carmack Engineering, he was well-equipped.

King kicked off the season by qualifying in the sixth spot with a 3.68 and exiting eliminations in the second round with a 3.665, which was a personal best, at the Whipple Superchargers NMCA Muscle Car Mayhem presented by Holbrook Racing Engines in March at Bradenton Motorsports Park in Florida. The Roxboro, North Carolina resident, who strives for the most consistent set-up rather than the quickest and fastest set-up, then trapped a 3.80 to qualify in the third spot and traveled to the runner-up finish with a 3.71 at the Scoggin Dickey Parts Center NMRA/NMCA All-Star Nationals presented by MAHLE Motorsport in April at Atlanta Dragway. He stopped the clock at 3.67 to qualify in the second spot and finished as the runner-up at the NMRA/NMCA Super Bowl of Street-Legal Drag Racing presented by HPJ Performance in May at World Wide Technology Raceway in Illinois. 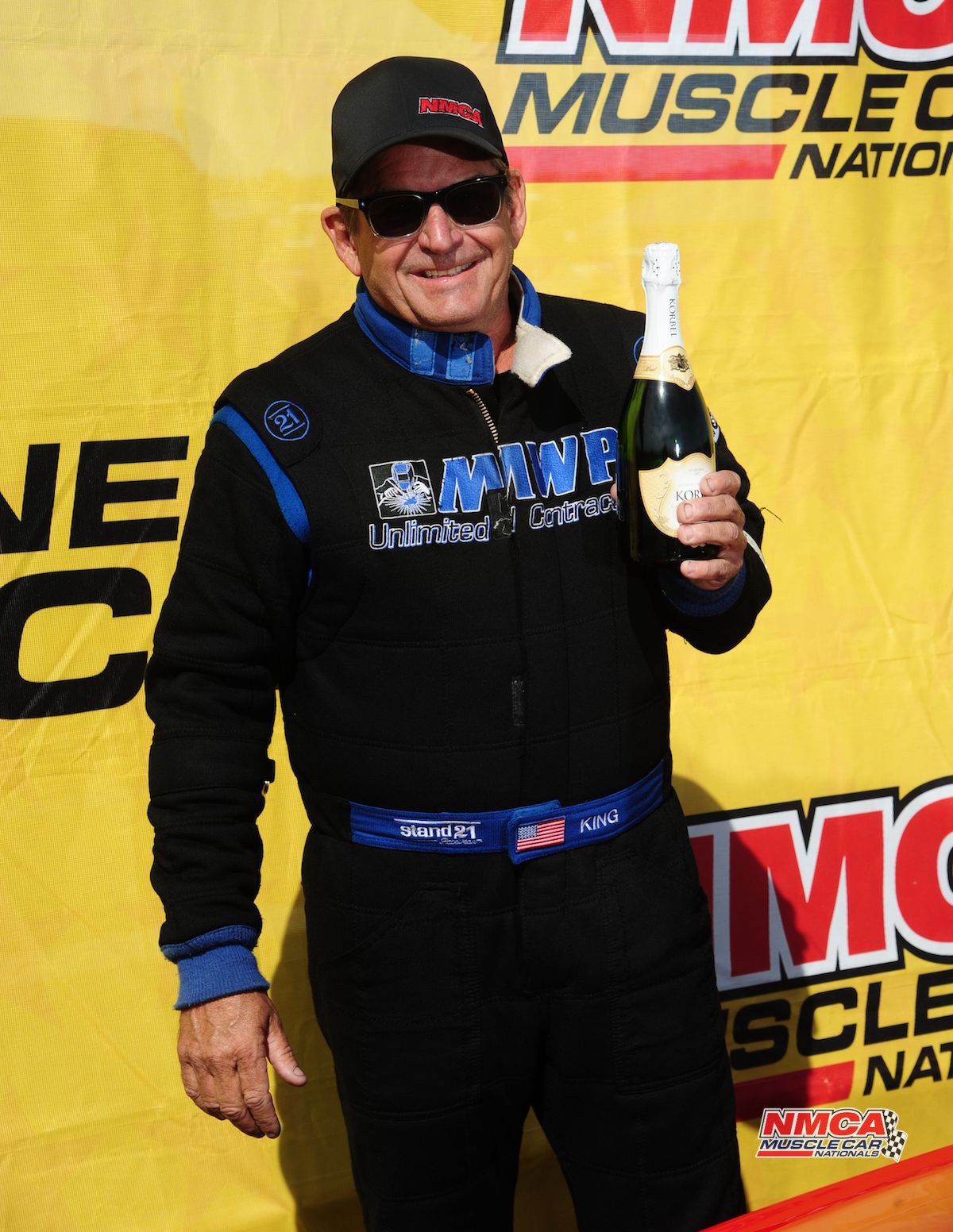 From there, he qualified in the third spot with a 3.73 and exited in the second round of eliminations with a 3.97 at the Inaugural Arrington Performance NMRA/NMCA Power Festival presented by Force Engineering in July at U.S. 131 Motorsports Park in Michigan, and then led qualifying with a 3.75 before unfortunately leaping off the line before the tree activated in the second round of eliminations at the NMCA All-American Nationals in August at Summit Motorsports Park in Ohio. I started leading points after the race in Georgia, and qualifying in the lead at the race in Ohio helped me pad the points lead, said King. Focused on the finish line, King qualified in the seventh spot with a 3.73 and turned on the red light in the second round of eliminations at the final event of the season, the 20th Annual NMCA World Street Finals presented by Chevrolet Performance in September at Lucas Oil Raceway in Indiana. With that, he captured the 2021 VP Racing Lubrcants Xtreme Pro Mod championship. My crew and teammates are the real champions, as they made sure I had everything I needed to have a chance to be successful, and I'd really like to thank my team manager and car chief, Justin Carmack, as well as Terry Coyle, who is my tuner and drives the car at Outlaw events, and Robbie Matthews, Travis Eubanks, El Moore and our truck driver, Al Day, said King. They did everything to make this happen. I'd also like to thank Dreamworks Motorsports, Joe Hornick Enterprises, Greg Slack and Mark Micke, and last but not least, my wife, Lori, my son, Neb, and my daughter, Bella, whom I have so much support from. King will be celebrated at the NMCA Muscle Car Nationals Champions Ceremony, which will be held during the PRI Show on Dec. 10 at the Indiana Convention Center in Indianapolis, and in the upcoming Champions Issue of Fastest Street Car Magazine. I'm looking forward to racing in NMCA again in 2022, said King, who also plans to race at some NHRA events. I've been at this for so long that I don't feel pressure to back up the championship, but it would be nice. 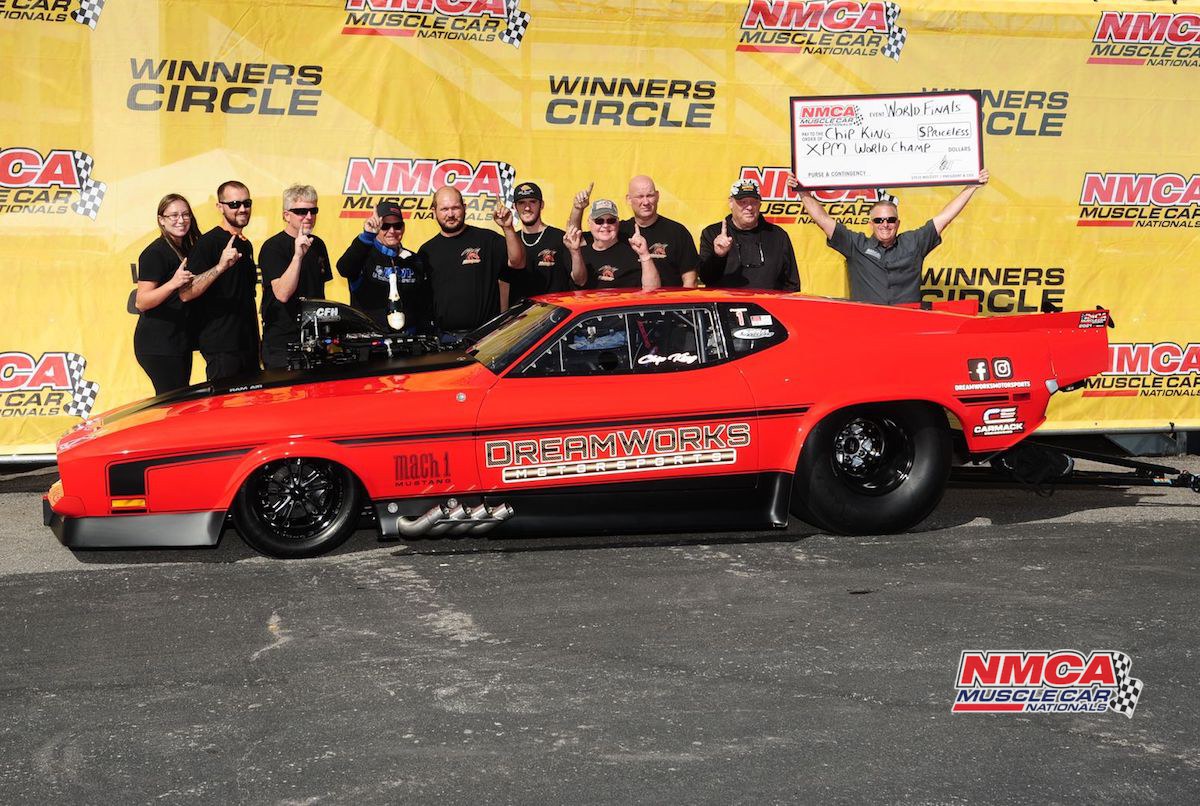