Chris Darnell Passes Away While Performing in Shockwave 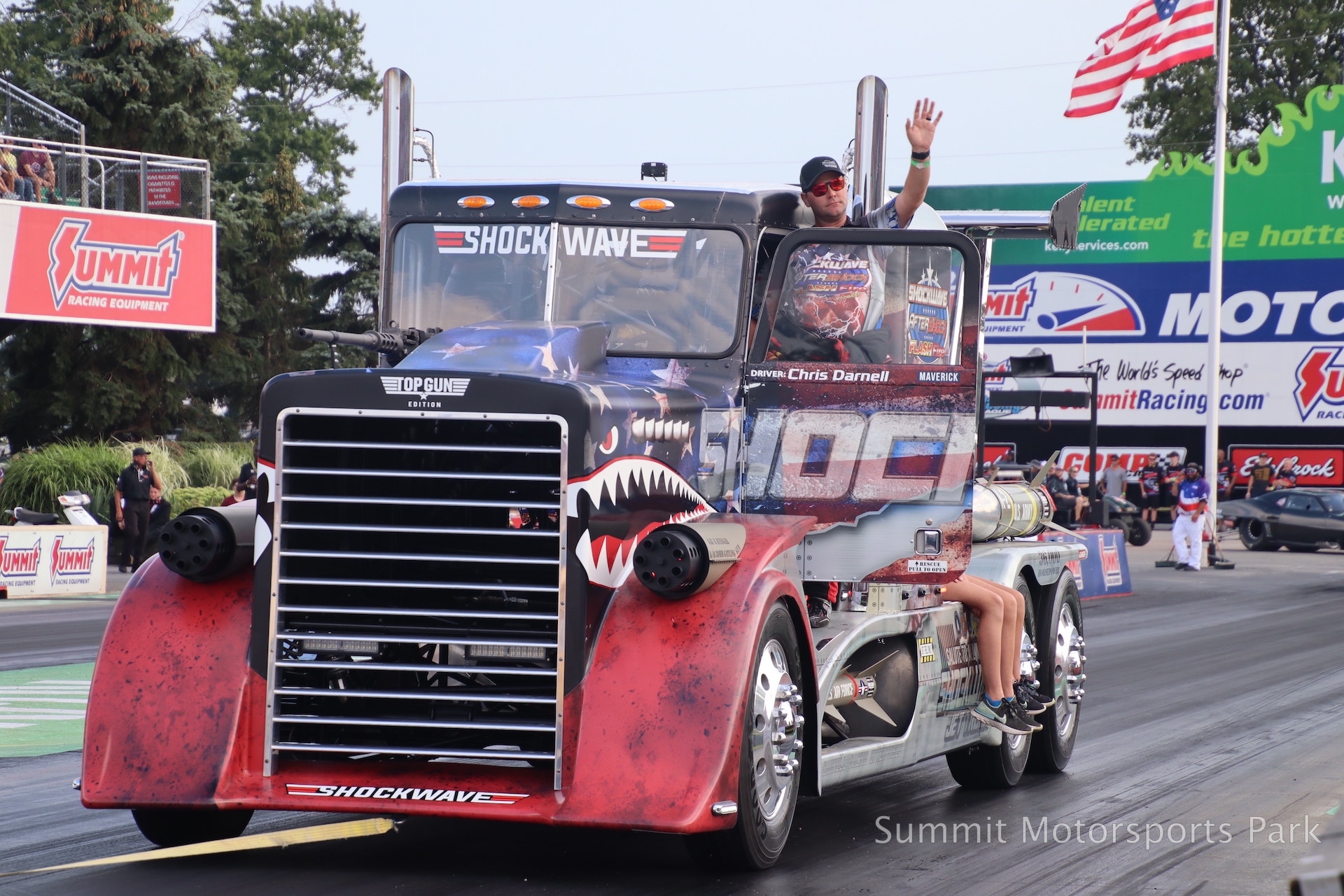 Story and photos by Mary Lendzion
The motorsports and aviation industries lost an extraordinary entertainer when Chris Darnell died as a result of injuries after his Shockwave triple jet engine-powered truck experienced a mechanical failure at the Field of Flight Air Show on July 2, 2022 at Battle Creek Executive Airport in Battle Creek, Michigan.
The tragic news was confirmed by Battle Creek Police.
At airshows across the country, Chris astonished fans by soaring down the runway at top speed, as pilots in airplanes above him attempted to beat him to the finish line, usually while they were flying in an inverted position. Controlled explosions and pyrotechnics were often featured as Chris’ Shockwave or airplanes crossed the finish line, making the presentation even more dramatic.
At racetracks across the country, including Summit Motorsports Park in Norwalk, Ohio, where these photos were taken, Chris thrilled fans by rocking his truck into the starting line beams, blasting off with flames flying from his engines and traveling at well over 300 mph.
After each extremely high-horsepower pass, he would return to his pit area and spend time talking with fans who loved the truck which he and his father and fellow performer, Neal Darnell, gave a military tribute theme two years ago. Chris would share about his complete love for what he was doing, and what compelled him to climb into the cockpit and carry on despite the risks involved.
As news of Chris’ passing began to circulate, tributes poured in for his close-knit family.
They were from fans, fellow performers and racers who had met him, were marveled by him, were moved by him and will always will remember him.