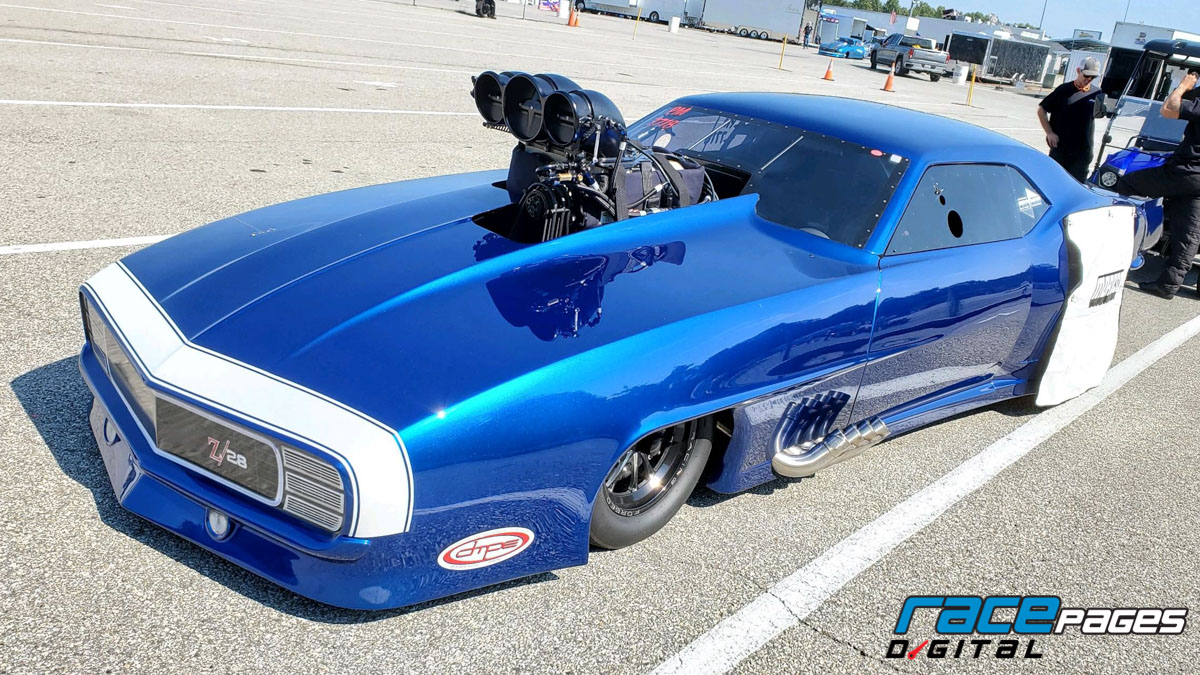 Written by Ainsley Jacobs With a build more than three years in the making now finally complete, one-half of radial racing's infamous Troublemint Twins, David DeMarco, is making his big return to racingbut he's doing it in a big way and on big tires with a screw-blown, 1969 Chevy Camaro Pro Mod. The Massachusetts-based racer had previously made himself known on small tires with his supercharged 1987 Buick Regal, but sold it in 2017. The G-body had been built by Dennis MacPherson at DMC Racing and DeMarco trusted MacPherson once again when he started this new build in 2018. Although it was originally intended to be a quick project, progress was stymied. Just blame Covid, snarked DeMarco, who patiently waited for a truly impressive, finished product. 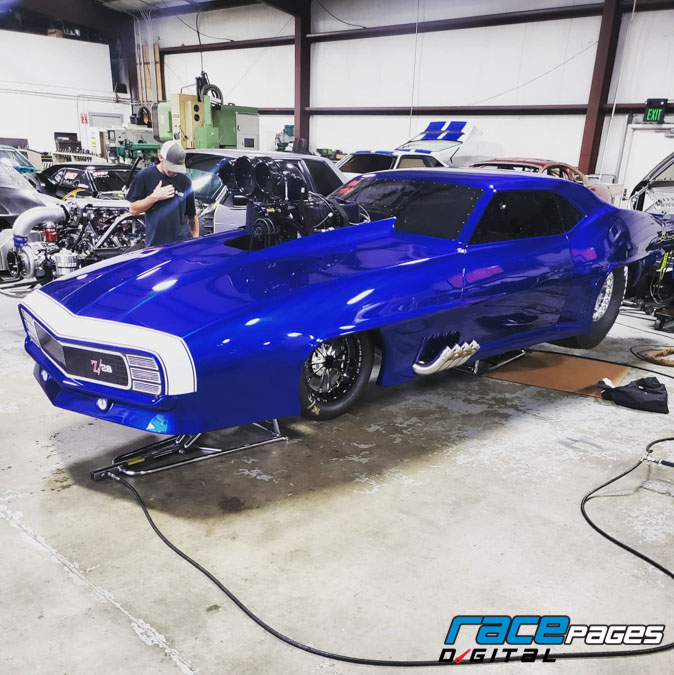 DMC built the entire 25.1 SFI-certified chassis from scratchthe shop's first complete start-to-finish undertakingusing the same skill that made them so successful with its front-half and back-half work. While the Camaro received its Pro Mod qualifications, the chassis can also be double-certified at 25.2 or 25.3 if DeMarco decides to do that. In its current configuration, however, it sits at a curb weight of 2,700-poundsbig and angry, just like he likes his cars to be. Underneath the Tim McAmis 1969 Camaro skin, which has been sprayed with PPG Blue Heaven paint by TJ Dunne at Wicked Design, a mechanically injected Hemi engine sits and waits to dominate its prey. The Brad Anderson Enterprises (BAE) block was topped with Darren Mayer Performance Engineering (DMPE) heads to make one 521ci Hemi powerplant 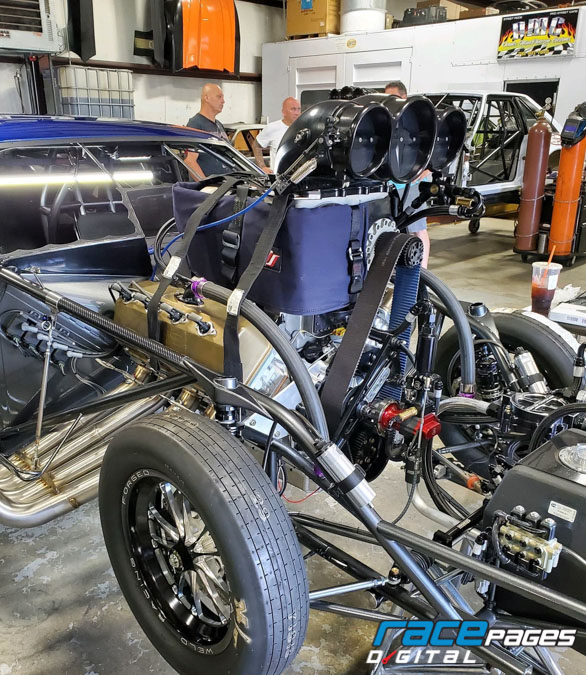 True to the Boston bad boy's reputation, DeMarco's engine was then coupled with a colossal PSI C-rotor supercharger and outfitted with a set of gorgeous zoomie headers from PRO-FABrication. Originally, we were going to do a centrifugal supercharger, but Darren is my tuner and said we should put a screw blower on this thing, explained DeMarco of how the team came up with the right answer that makes the best kind of F-you power possible. It's got a QuickDrive with a Liberty transmission with a Browell bellhousing and a Neal Chance converter, DeMarco, 39, added excitedly of his necessary go-fast bits. Darren made the billet 9-inch rearend housing as a pre-production prototype. 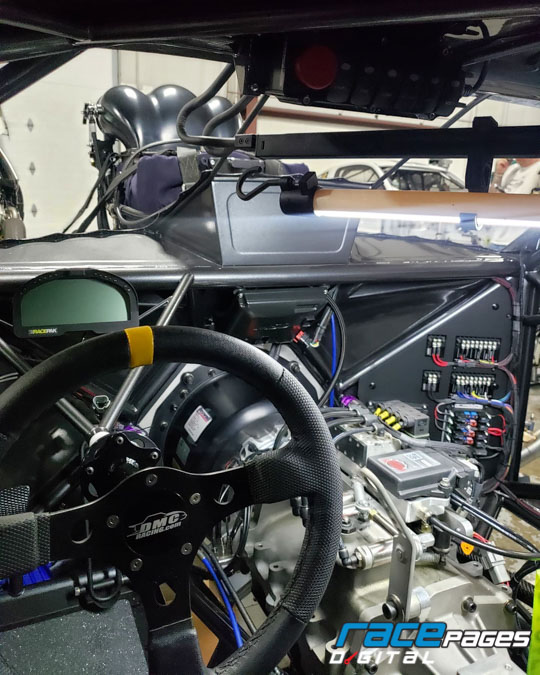 DeMarco spared no expense and added top-of-the-line Menscer Motorsports shocks and struts at all four corners along with Mark Williams carbon brakes, which have been quite a change from what he's used to. Going from steel rotors to carbon, a light tap is like a heavy tap. I just pull the ˜chutes and don't even touch the brakes until I'm on the return road, he laughed. DJ Safety supplied the parachutes, while ISP handled some of the other safety components. Finally, MacPherson wired up the Camaro to ensure everything worked and ran as it should, including the MSD Pro 600 coil-on-plug ignition and RacePak V300SD data logger. 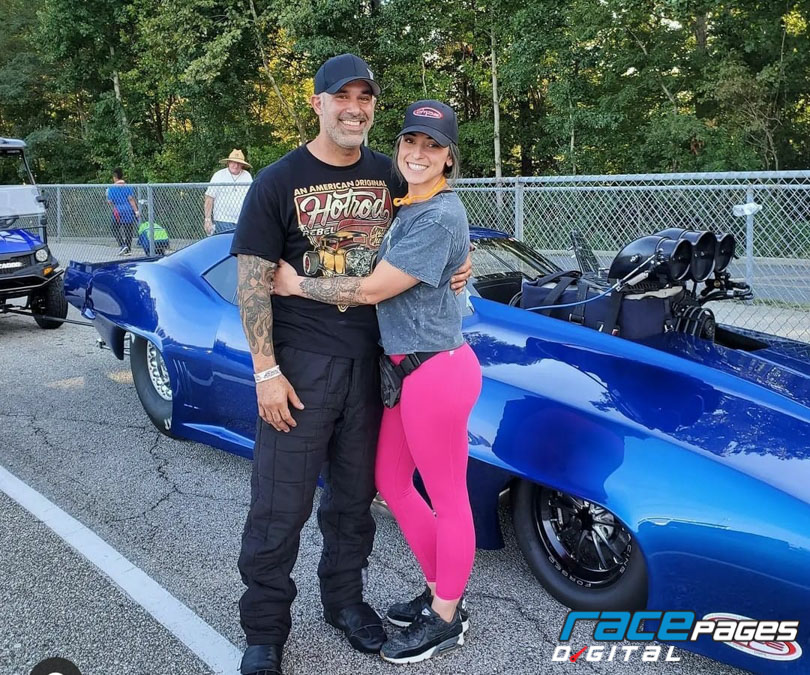 Although DeMarco drove Fifi Montrond's 1963 Corvette Pro Mod for two shakedown outings in 2020, his new Camaro is the first car he has owned since his Buick. He headed out to Maryland International Raceway over the weekend of October 1-3, 2021, to finally test out his new toy and was, admittedly, a nervous wreck who just wanted everything to go well. Unfortunately, DeMarco and his crew, which includes MacPherson, Mayer, his supportive wife, Haley, his brother, Andrew DeMarco, their father, Richard DeMarco who is responsible for the twins' love of horsepower, and Scott Filkins and Peter Champani, fought the usual new car gremlins. The box that tells the Liberty to shift gears failed, and we had to start the thing 25 or 30 times in the pits to see if we had gotten it fixed. I thought we were going to have to put connecting rods in the thing before it even went down the track! joked the owner. Eventually, the group wired in an auto shift box and were able to make a few laps and get some good data. 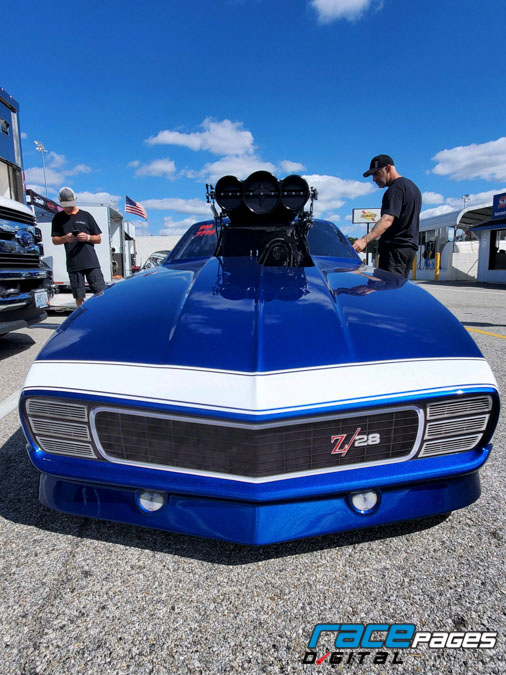 Going from radials to wrinkle-wall slicks, however, has been quite a change for the experienced wheelman and he is enjoying the challenge of learning to pilot a Pro Mod. His first full pass yielded an impressive 3.78 at 202mph timeslip and the ride felt as smooth as silk. It felt like being shot out of a cannon, but I got my bearings back pretty quick and am more comfortable in this car than I ever was in the Buick, DeMarco said happily of the well-mannered monster. I'm definitely having to do more driving than I was with the radials, and the tire shake has definitely got my attention, but I'm learning how to handle it. Although the 2021 racing season is already drawing to a close, DeMarco is pumped to get rolling with his DMC and DMPE Camaro collaboration. He plans to hit a few Pro Mod races such as the Orlando World Street Nationals, Snowbird Outlaw Nationals, and U.S. Street Nationals before ramping up to a busier 2022 schedule complete with plenty of NMCA and NEOPMA races. I love the NMCA because it was my home when I raced Super Street, affirmed DeMarco. There's a level of professionalism to the series you don't find everywhere else.
Andrew DeMarco