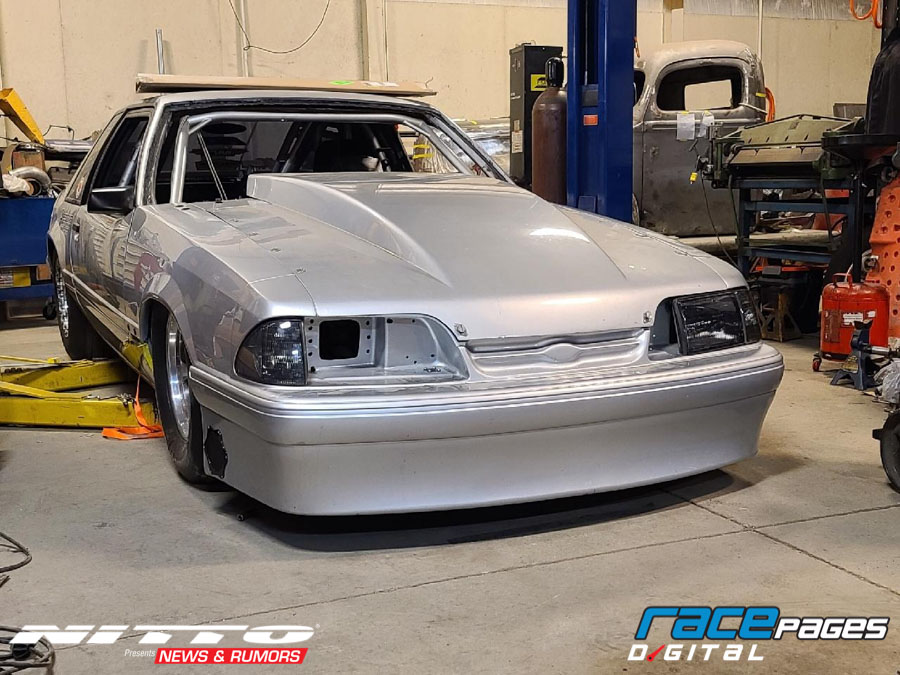 When longtime NMRA racer David Ginter had an incident at the NMRA All-Ford World Finals in Bowling Green, Kentucky, at the end of his 2020 Edelbrock Renegade season that resulted in fire and a hurt engine, he knew he would be sitting out for a while as he rebuilt his Mustang. He didn't plan for it to take almost an entire year, though, and he also didn't expect for the result to be far better than originally expected. The Fox body had been running a 5.4 L engine with a standard Ultra Street-legal turbocharger on it when the tune up got a little too spicy and found a weak link. Dave burned up a piston and torched a head and oil went everywhere. He pulled over at the top end of the track, but didn't go too close to the wall because he didn't want to scratch the paint on the door when he got out, laughed Derek Craft of Speedcraft Racing, who took point on the restoration and has put together what he jokingly calls the most advanced 4.90s car ever on behalf of his friend. The Mustang was hauled back to Speedcraft for disassembly, but the project quickly took a more dramatic turn. Ginter had previously bent a front frame rail at one of Donald Long's radial races after slamming back down to Earth from a big wheelie, so the entire front end was cut off and tubed. Tony Schroeder at AES Racing was tasked with repairing the engine and Pete Harrell at Harrell Engine & Dyno built a secondary spare, while the old Turbo 400 transmission was replaced with a Powerglide from Proformance and a converter from ProTorque. We wound up lowering the entire car down about 5 inches, and the engine down by about 2 inches, noted Craft, who carefully rewired the entire Mustang from front to back to utilize the existing Holley Dominator EFI system. 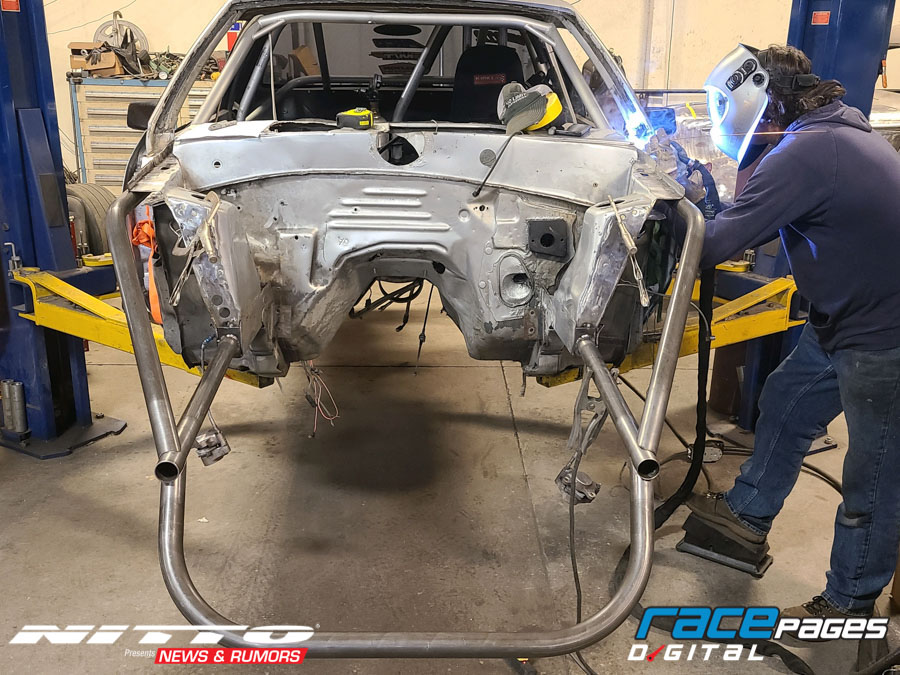 The height changes actually caused a chain of problems that forced Craft, along with Scott Black and Dave James at ChassisPro, to tackle a ton of metalwork. We couldn't get the valve covers off so we had to take the strut towers out, Craft explained of the fabrication work necessitated by shoehorning a modern 5.4 L powerplant into a decades-old chassis. Then, we put on UPR's non-adjustable plates, but cut the tops of the strut towers so they would sit flush. Once the engine was in, Black redid the entire hot side of the single-turbocharger system to make sure everything fit as it should, especially with the split-style exhaust to allow for a balanced exit. Craft and crew then assembled a not super fancy one-piece removable front-end, built in-house at SpeedCraft by bolting together a bunch of parts so that they could all come off together; used in the project were a front bumper from Motor City Solutions and a hood from Schoneck Composites, and Black painted it all to match the rest of the car's silver shade. To keep the chassis happy with its new low-slung stature, Santhuff front shocks were added and the rear was overhauled as well. We relocated some things, switched to Racecraft's outlaw parts, and then Scott and I made the control arms, Craft detailed of the specs. A handful of other components from UPR Products, TRZ Motorsports, and Wolfe Racecraft were also used. The guys had hoped to be able to have Ginter return to racing earlier in the season, but the snowballed build and parts delays from the Covid-19 pandemic slowed the progress. Now, however, the end is in sight. Only a few items remain to be checked off the To-Do list before the build can officially be buttoned up and fired up, and Craft hopes to have it sent off to Harrell's for some dyno time and tuning as soon as possible. It's possible that Ginter will be able to race in Edelbrock Renegade at the 23rd Annual Whipple Superchargers NMRA World Finals Presented by Competition Clutch Featuring the Holley Intergalactic Ford Festival back in Bowling Green in early October, but, even if that goal doesn't come to fruition, there's no doubt he will be back out in the near future as good things surely come to those who wait.
AES Racing