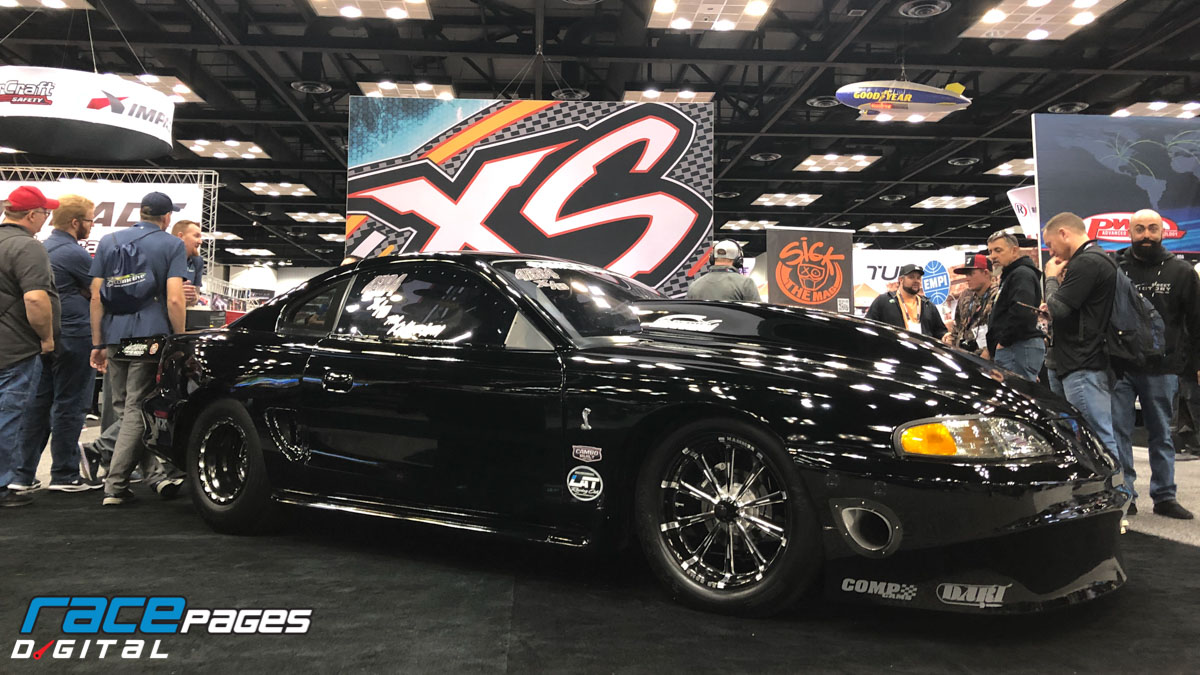 Day two of the 2021 PRI Show kicks off today and there is quite a bit of good stuff to cover. XS Batteries was playing host to the NMCA Xtreme Street machine of Daryl Reynolds, which is powered by racer and engine builder Tim Knieriem. 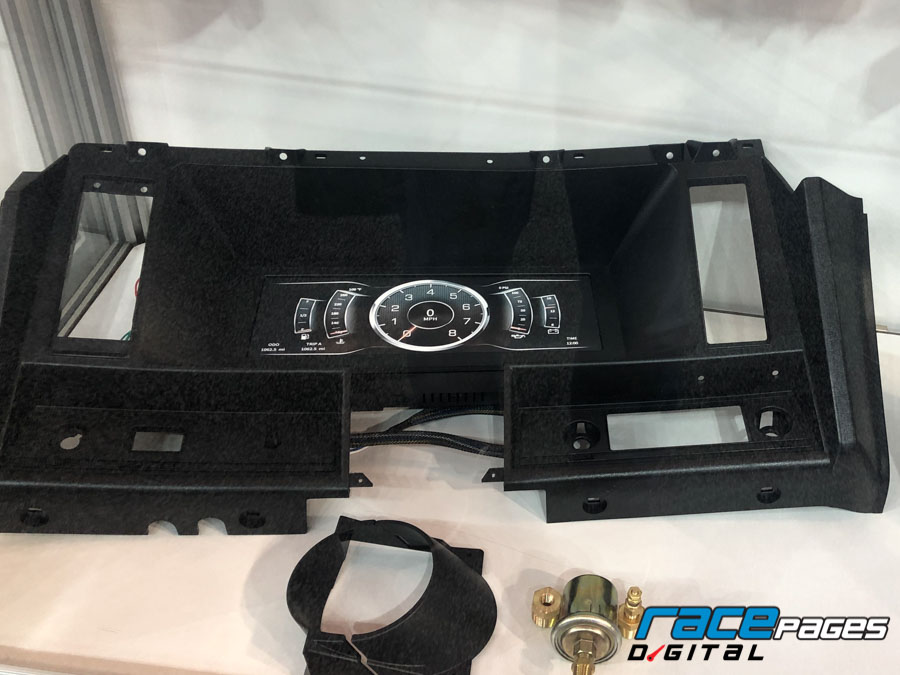 Auto Meter has released a few application-specific products to its new InVision line of instrumentation, and the 1969 Camaro is one of them. It features LED technology with speedometer, tachometer, oil pressure, coolant temperature, fuel level and volt meter gauges. 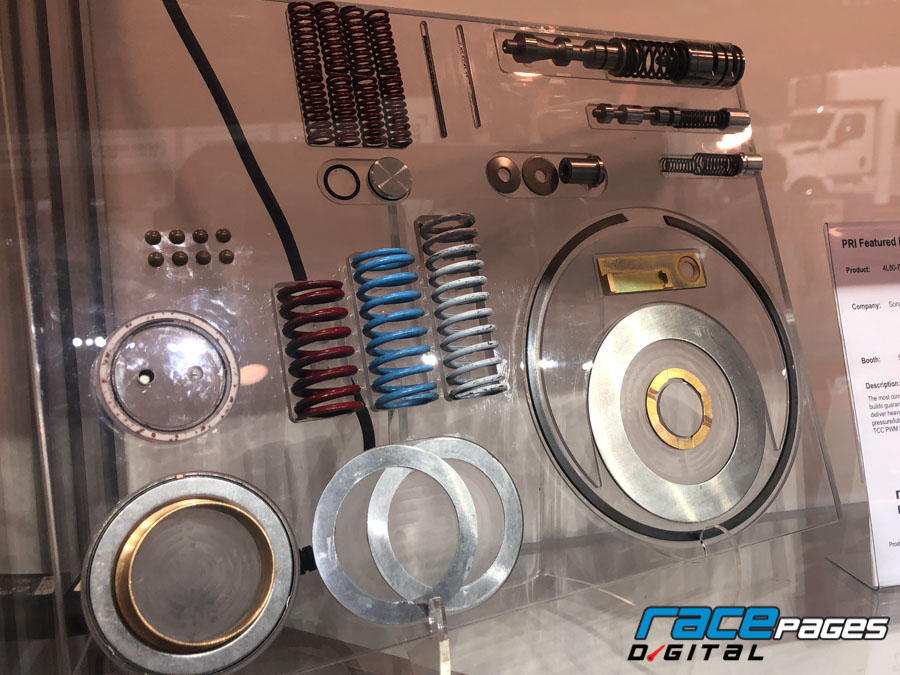 Sonnax featured its 4L80-E/4L85-E Performance Pack at the show this week. This pack or parts is said to deliver heavy duty, tunable shifts, minimize pump leaks while maintaining pressure and lubrication, prevent common failures, and offer the only way to eliminate the TCC PWM function without over-pressurizing the torque converter. 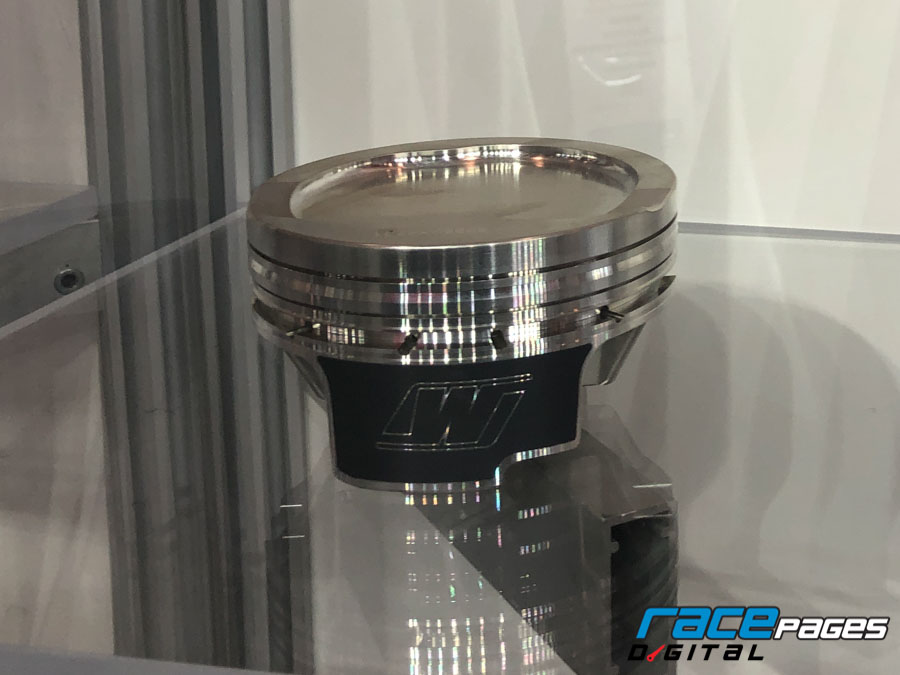 With the release of the Godzilla 7.3-liter engine in Ford trucks, Ford enthusiasts have been clamoring to build them and stuff them into cars. Wiseco now offers its 2816 forged pistons for all of your high-horsepower builds. The Wiseco slugs feature a strutted forging, H13 wrist pins, and according to Wiseco, have already been tested in 2,000-plus horsepower builds. 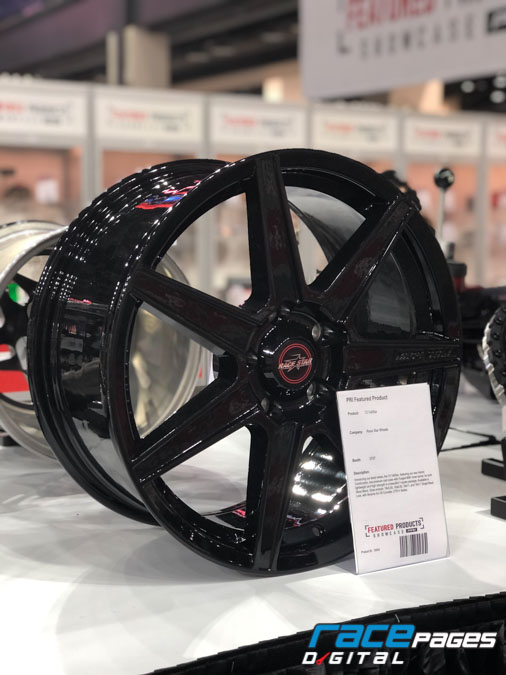 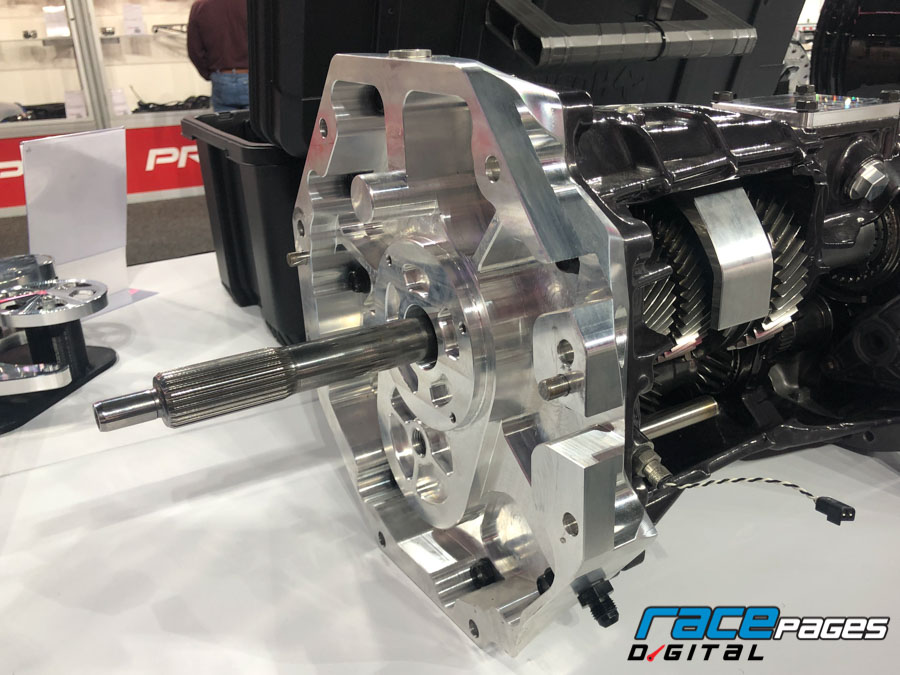 Tick Performance is now offering this trick T-56/TR-6060 billet front plate that is designed to reduce gear deflection, create superior engagement and improve lubrication, all of which improves shifting. The piece is sold with Tick Performance's Hi-Flow Fluid pump, which uses an integrated spray bar to coat the forward gears. 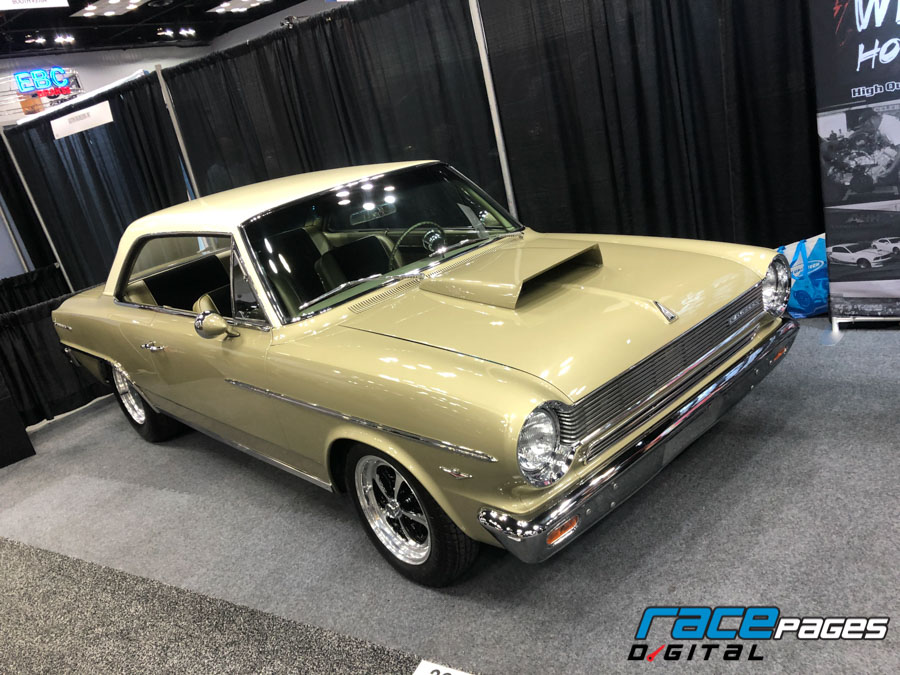 Nick Filippides of American Racing Headers had his beautiful AMC Rambler on display at the show. The little pocket rocket is packed with 455 cubes of muscle under the hood that utilizes twin Holley EFI systems, and a six-speed manual allows for effortless highway cruising. 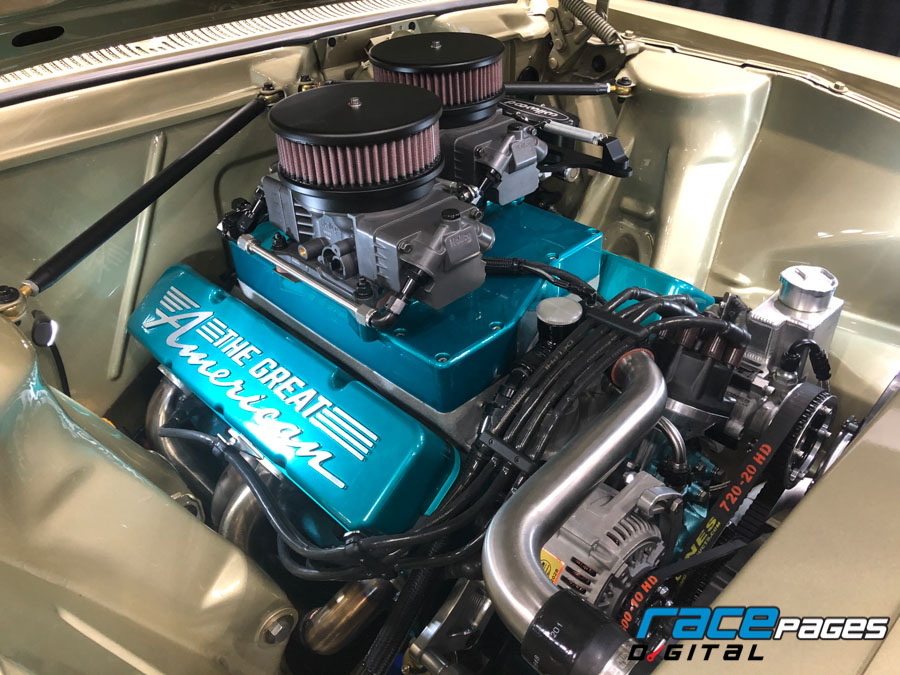 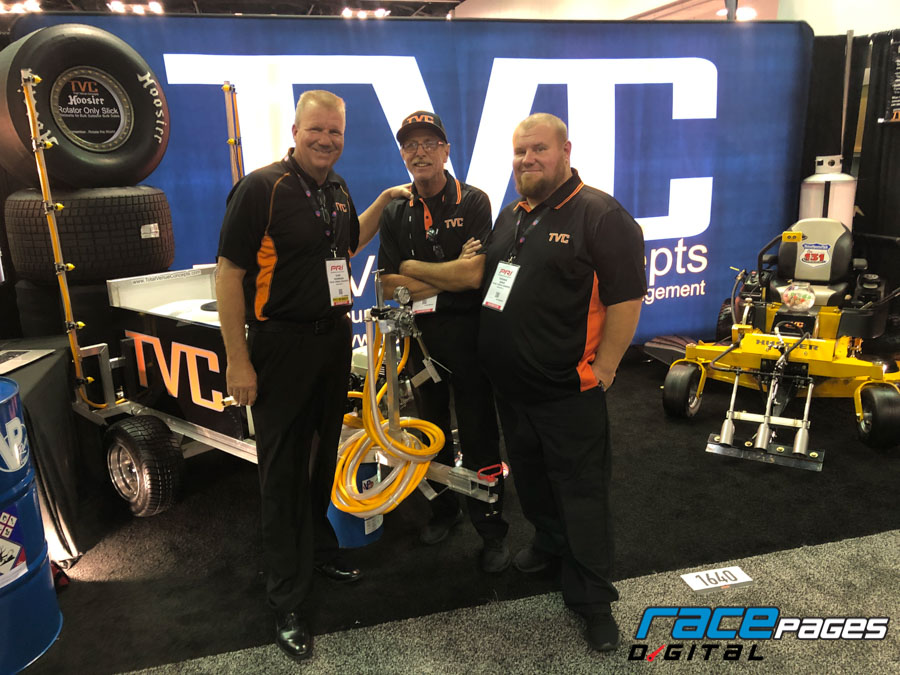 Total Venue Concepts, the official track equipment supplier of the NMRA and NMCA, is here showing the company's latest track sprayer and scraper machinery. While the company builds its own machinery, it also uses them in the field when providing track preparation services for racing venues across the country. 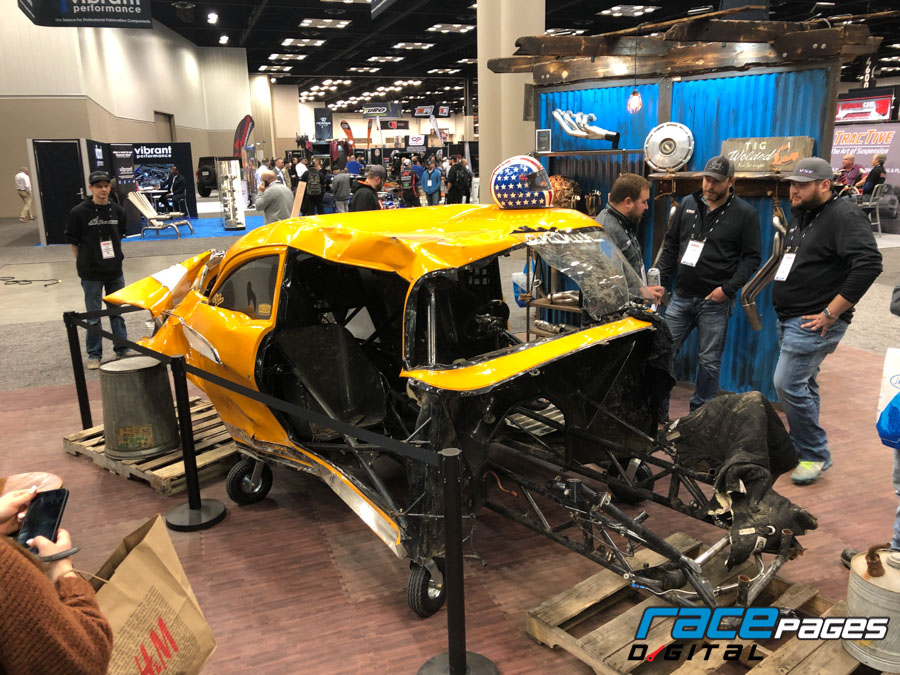 Jeff Lutz is well known for his '57 Chevy racing machines and a recent wreck totaled his latest one. He had the wreckage on display here at the show, giving a stark reminder of what can happen, and also brought the car's replacement, which is under construction. 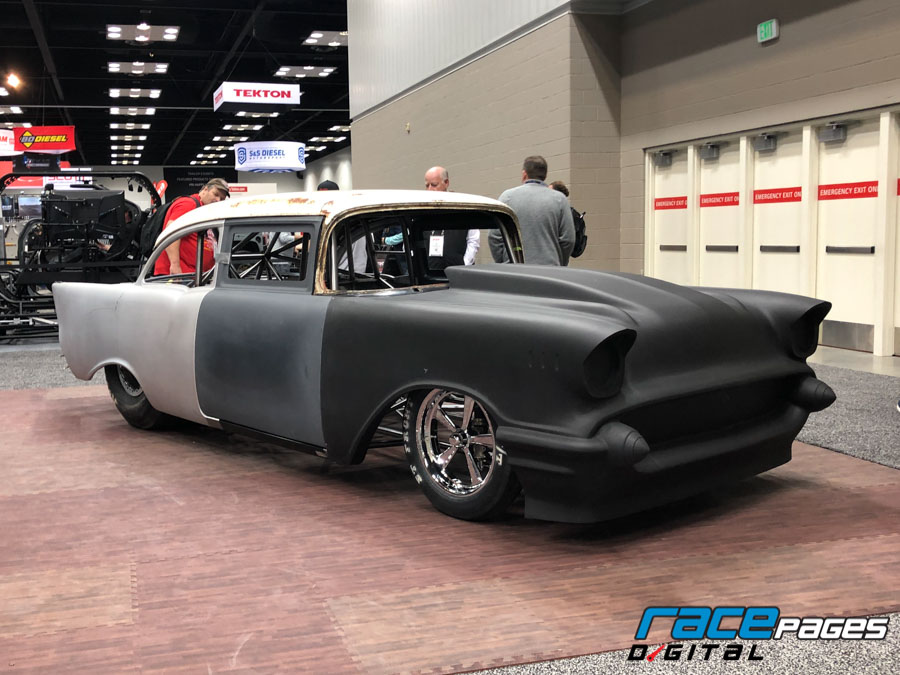 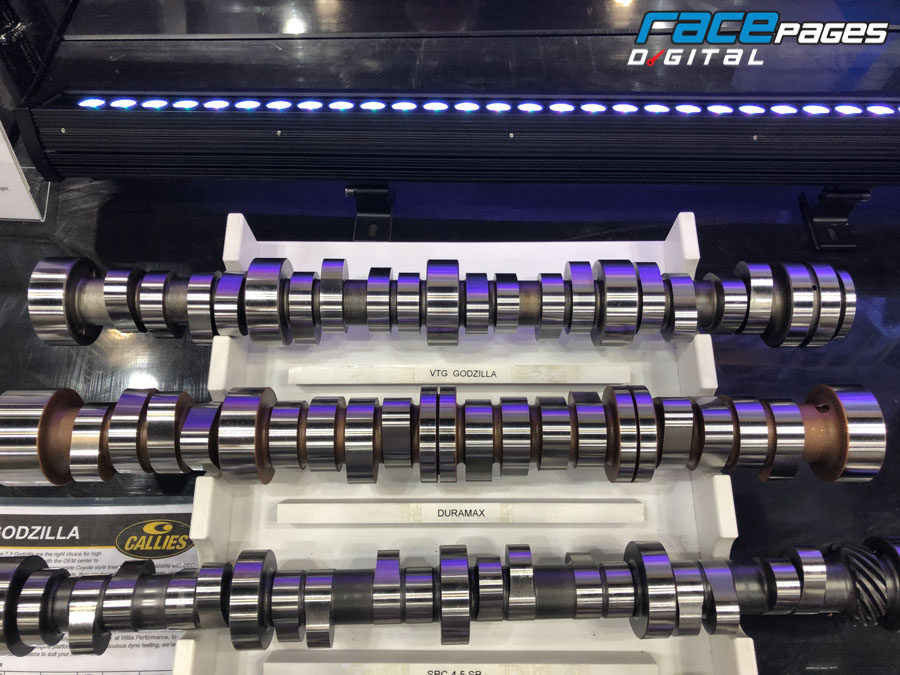 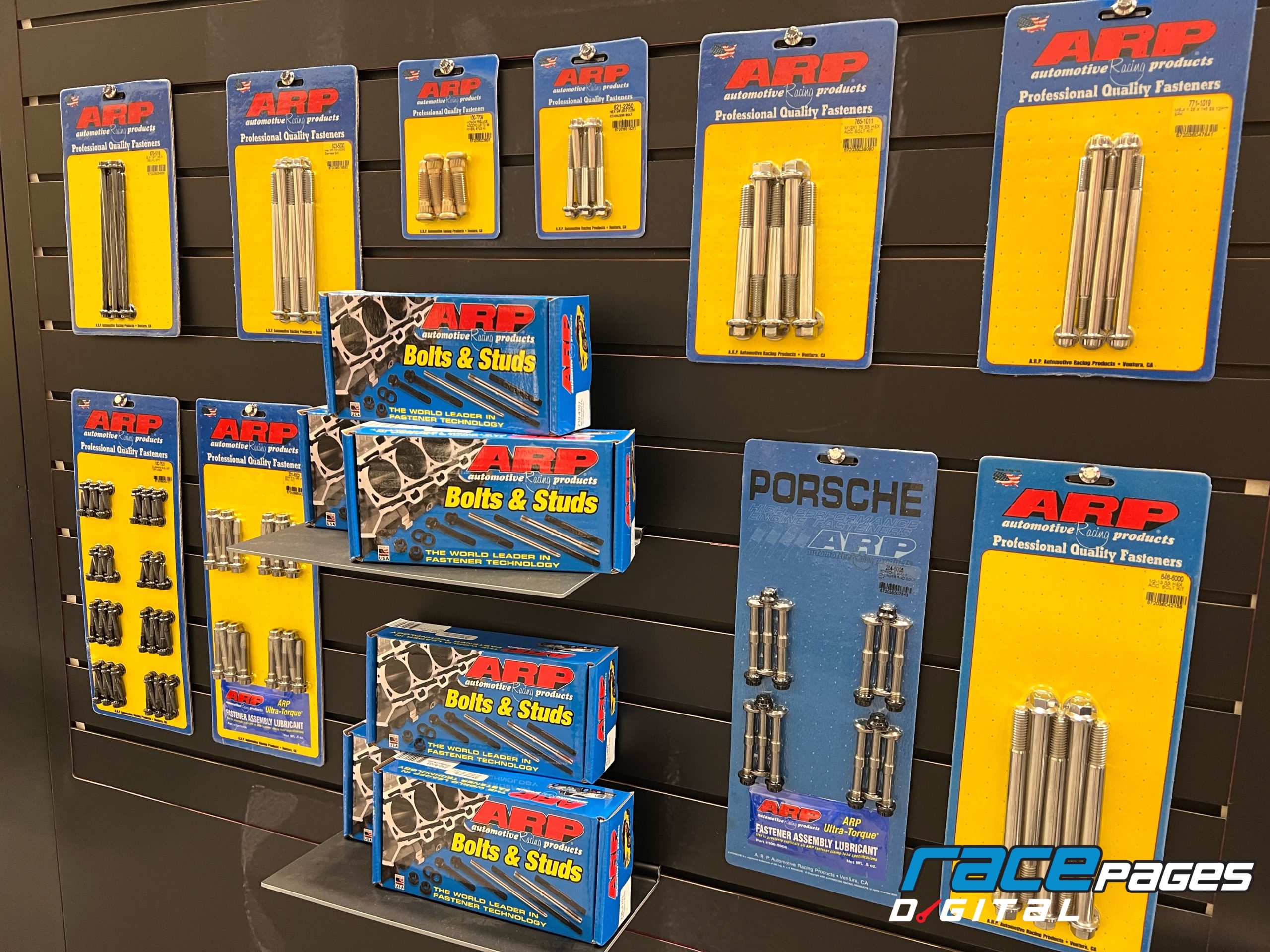 ARP offered a host of new applications this year, including a main stud kit for the World Products Warhawk LS block and a head stud kit for the GM Gen 1 LT1 and LT4. The company also has a fresh rod bolt kit for the 6.1-liter Dodge Hemi. 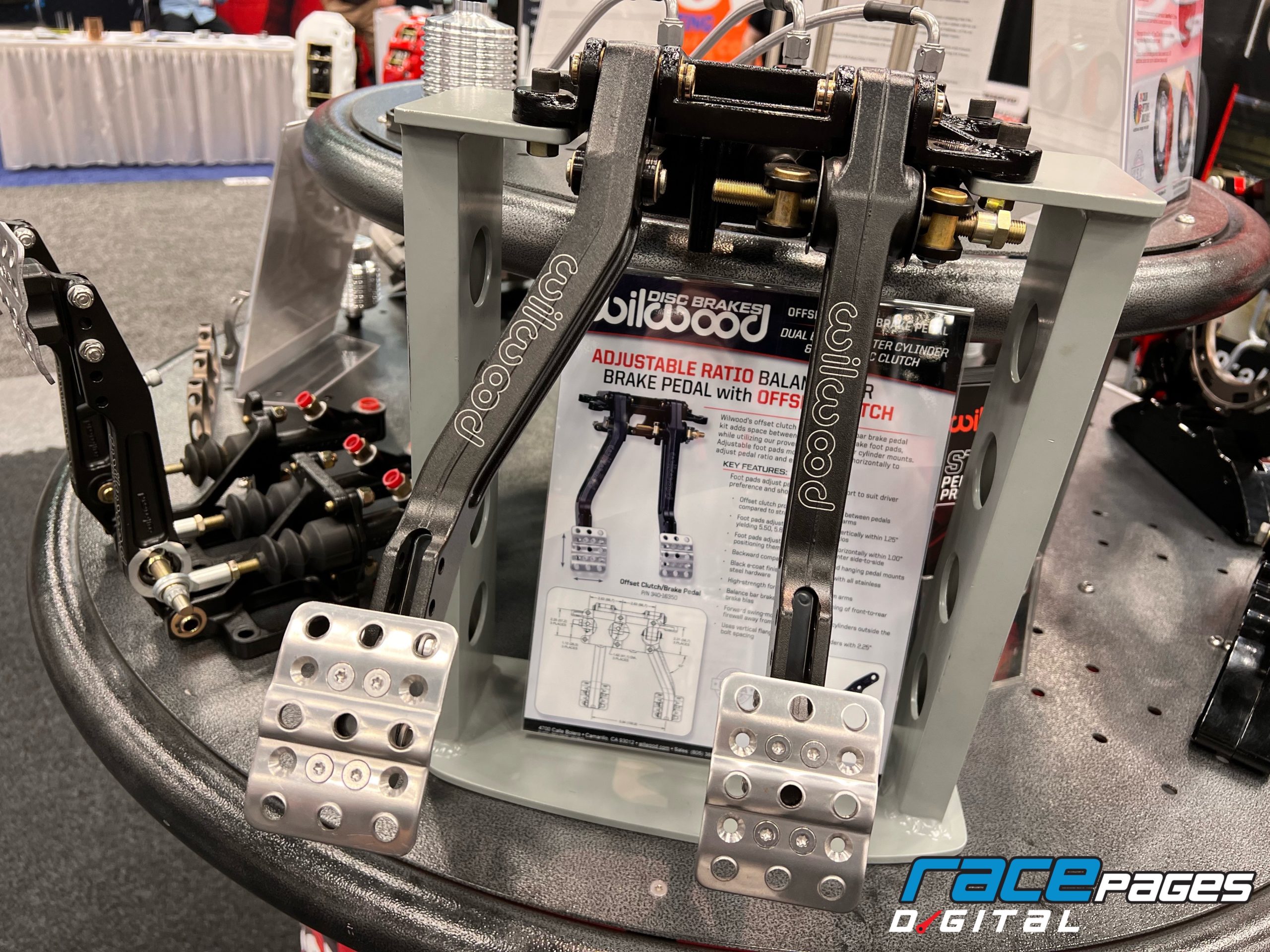 This is a product that traces directly back to the Nitto NMCA West Auto-X series. Inspired by a racer in need of more foot room to work the pedals, Wilwood created this Adjustable Ratio Balance Bar Brake Pedal with Offset. The footpads are adjustable horizontally and vertically, and the balance bar allows for dialing in the front-to-rear brake bias.

A fixture on the NMRA circuit, Kevin Sanders' 1987 Mustang LX is an attention-grabber. The ARP Open Comp machine is powered by a 347 stroker and backed by a T-5 five-speed manual, and clearly, it carries sponsorship from Boogey Lights. 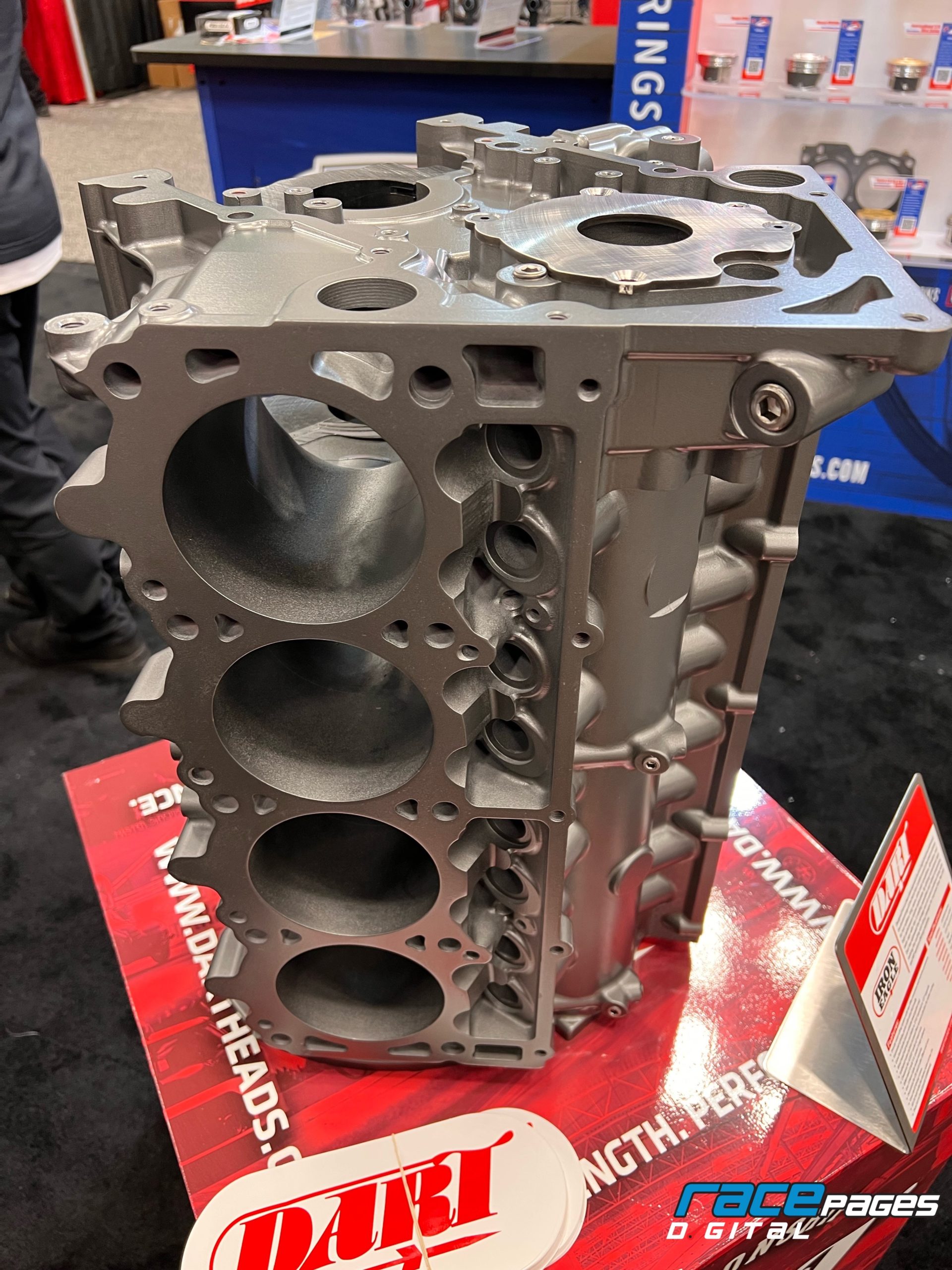 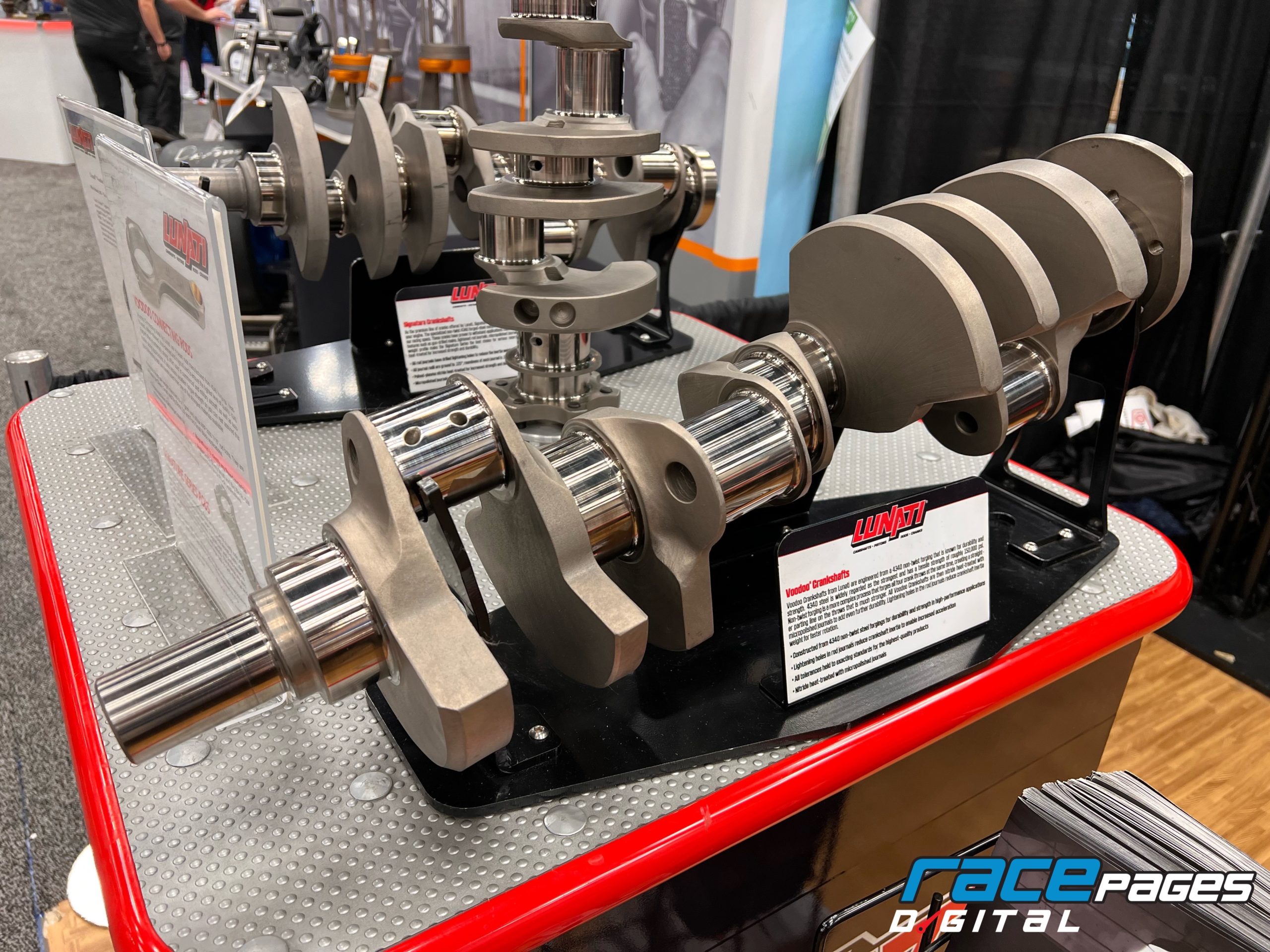 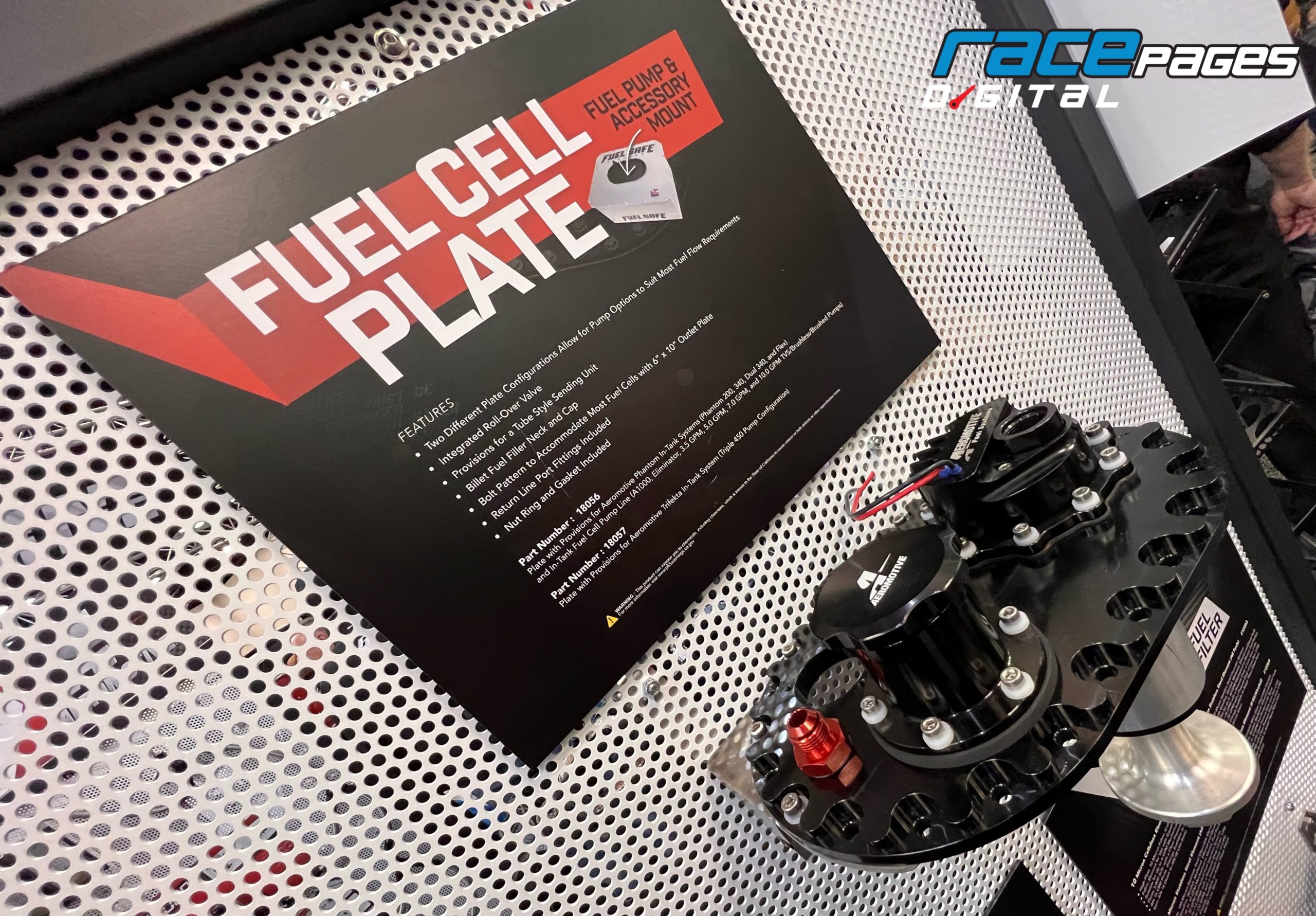 Aeromotive is displaying a litany of new gear at the show, including drop-in, multi-pump setups for modern muscle cars, and high-flow fuel rails for the Ford 7.3 Godzilla engine. For racers, this Fuel Cell Plate allows mounting the company's high-flow pumps in a cell. The full-featured arrangement includes a roll-over valve, a provision for a tube-style fuel-level sender, and more. 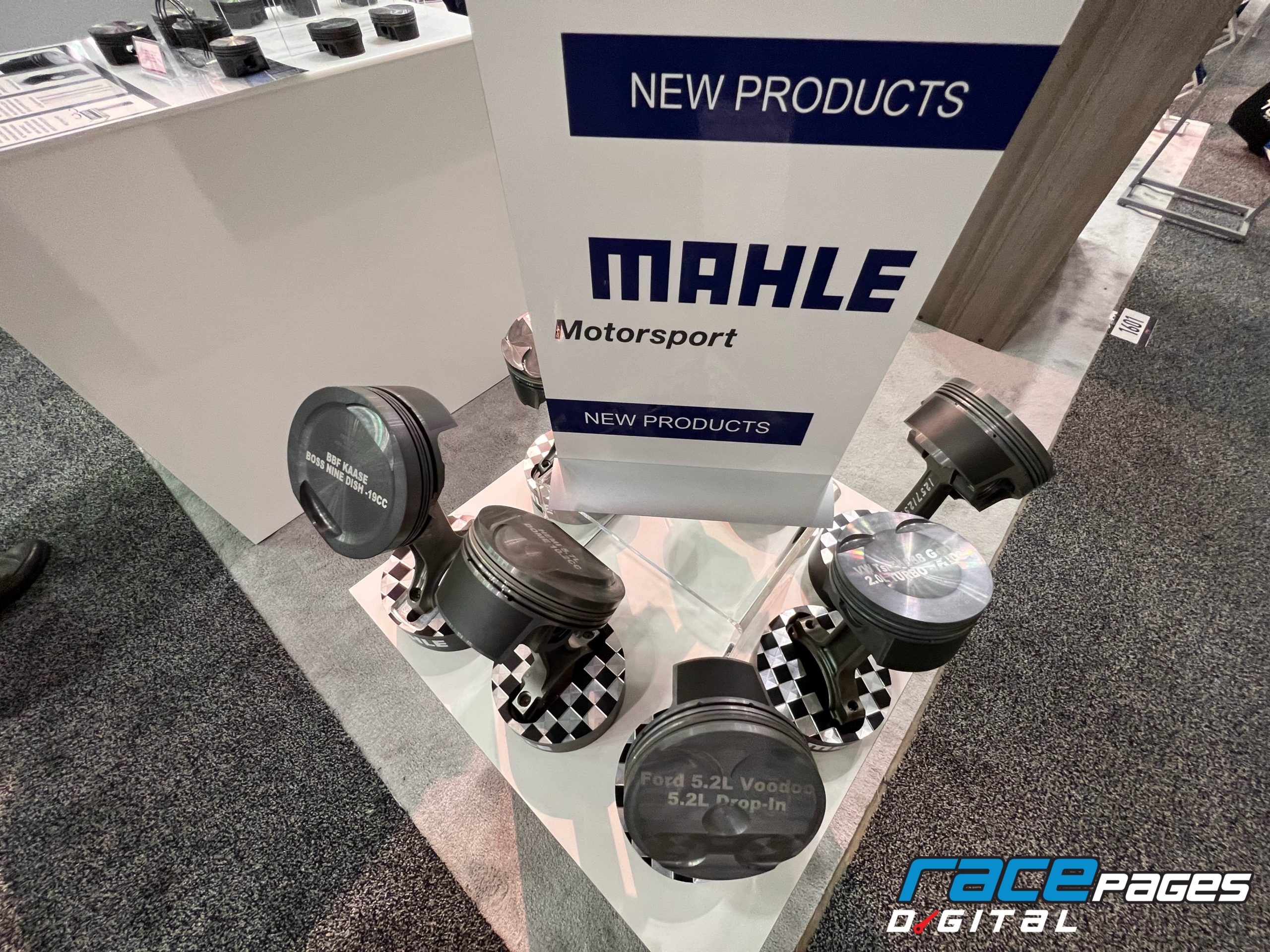 MAHLE is not shy about developing new pistons. This is a sampling of its latest offerings, but for those running in the NMCA ranks, the company's new dome piston for 5.7-liter Dome Power Pak Piston Kit for Dodge Hemi engines is of interest. The Grafal-coated pistons are part of a complete, ready-to-run kit that includes rings and pins. 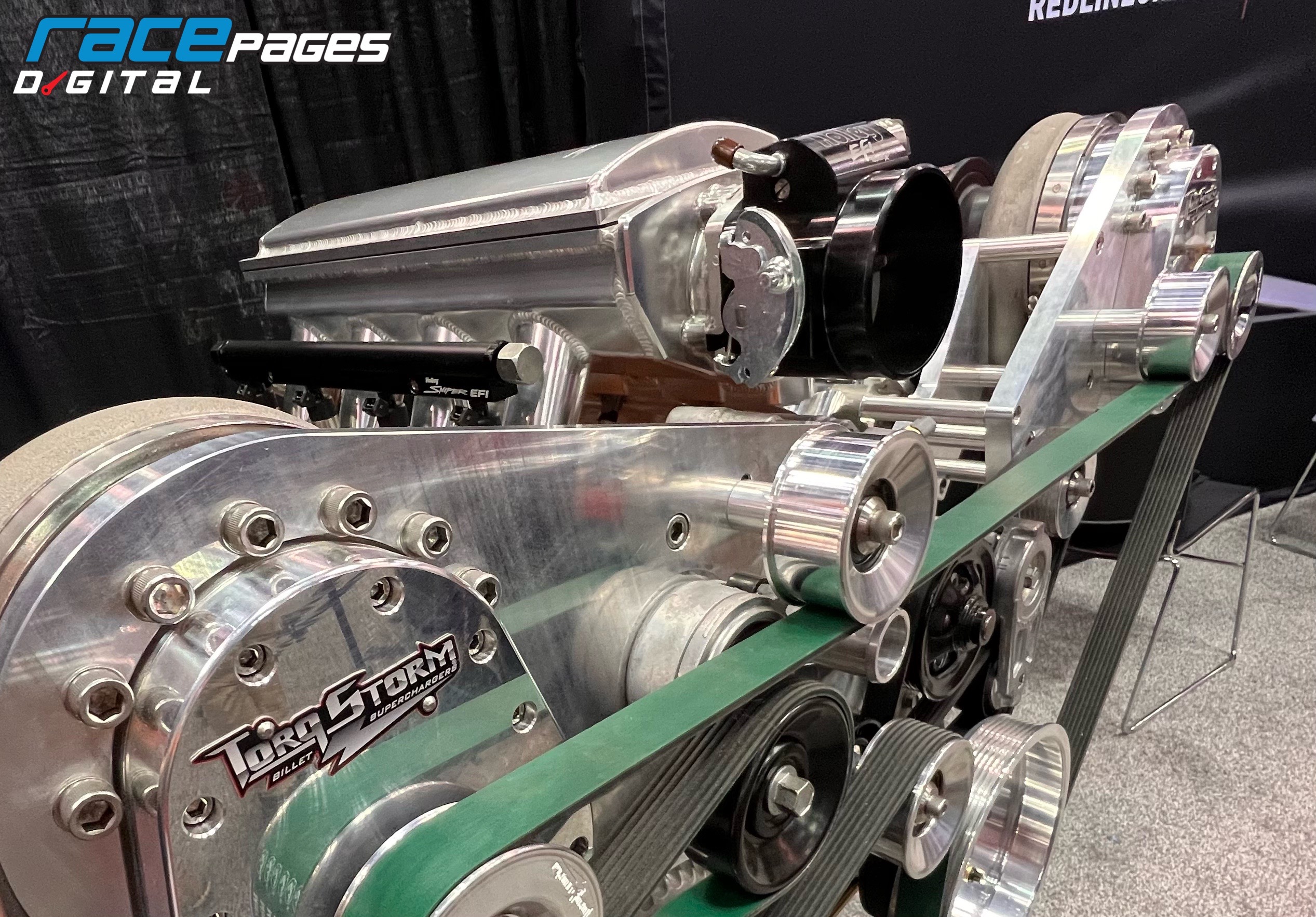 Speaking of Hemi engines, Redline Oil is hosting a high-output Hemi in its display. Built by Arrington Performance with one of the company's custom cams and a Wiseco/K1 rotating assembly, the 426-cube engine is boosted by twin TorqStorm superchargers to the tune of 1,400 horsepower. 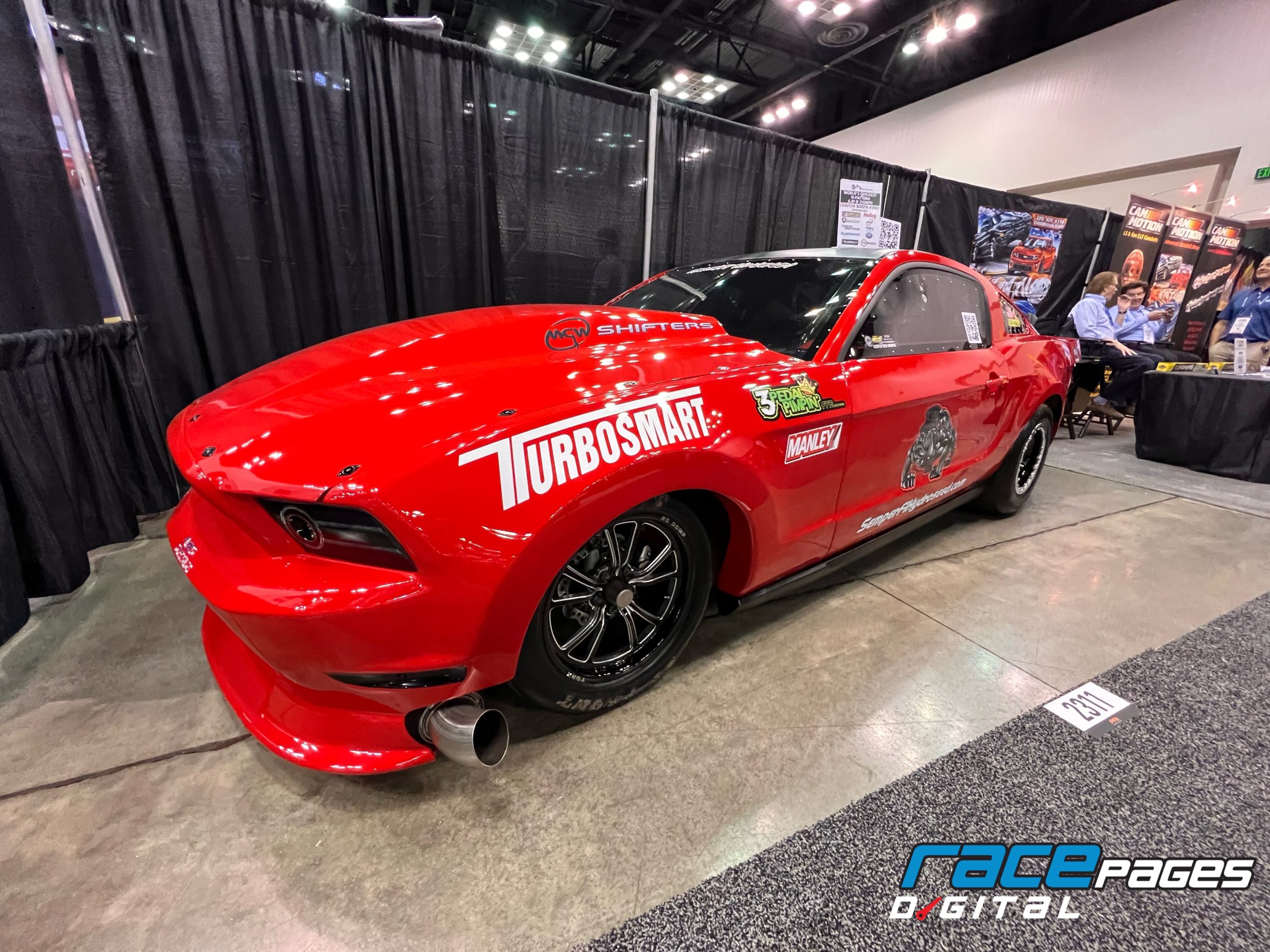 There are plenty of cool race cars on display, but one that makes 1,900-plus horsepower and runs 6.81 at 210 mph with a manual transmission is a standout. Those credentials make Joel Steele's S197 Mustang the Quickest H-Pattern Shifted machine around. 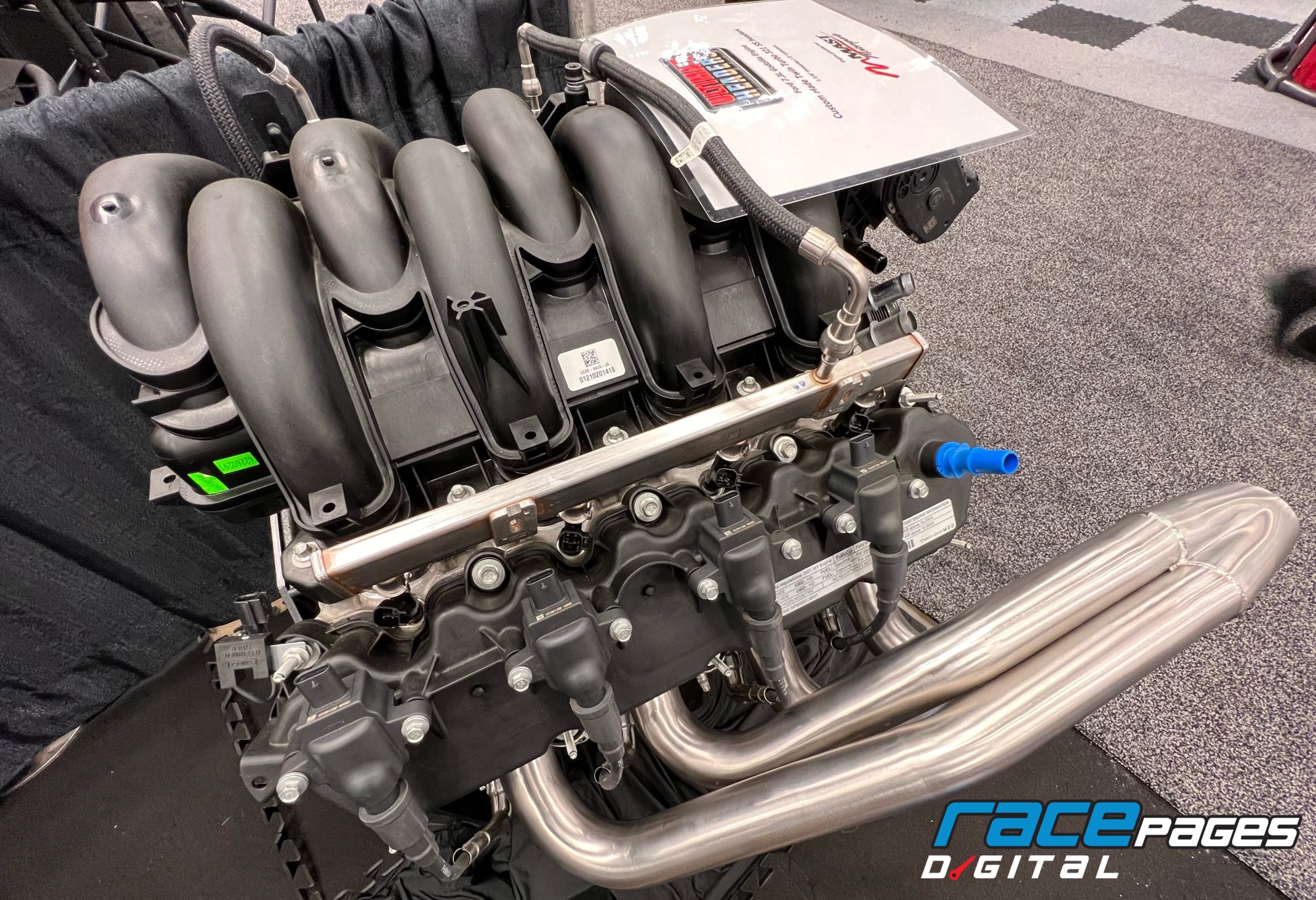 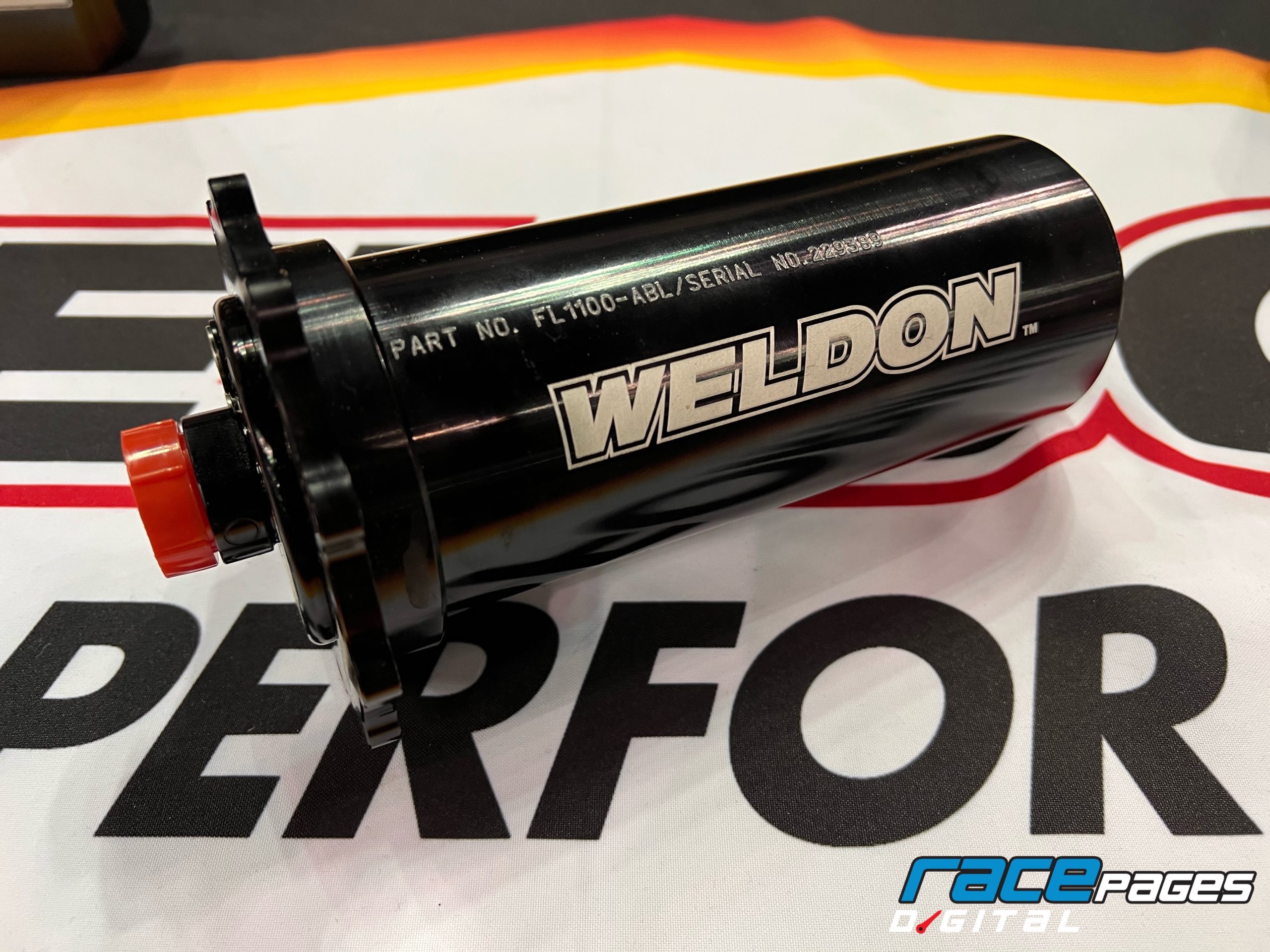 Entering the brushless fuel pump game, Weldon created a pair of in-line pumps based on its vaunted 1100 series pumping mechanism but propelled by a brushless motor based on one of the company's aviation pumps. Quiet and compatible with ethanol-based fuels, these pumps deliver 120 gallons per minute at 100 psi while drawing only 12 amps. 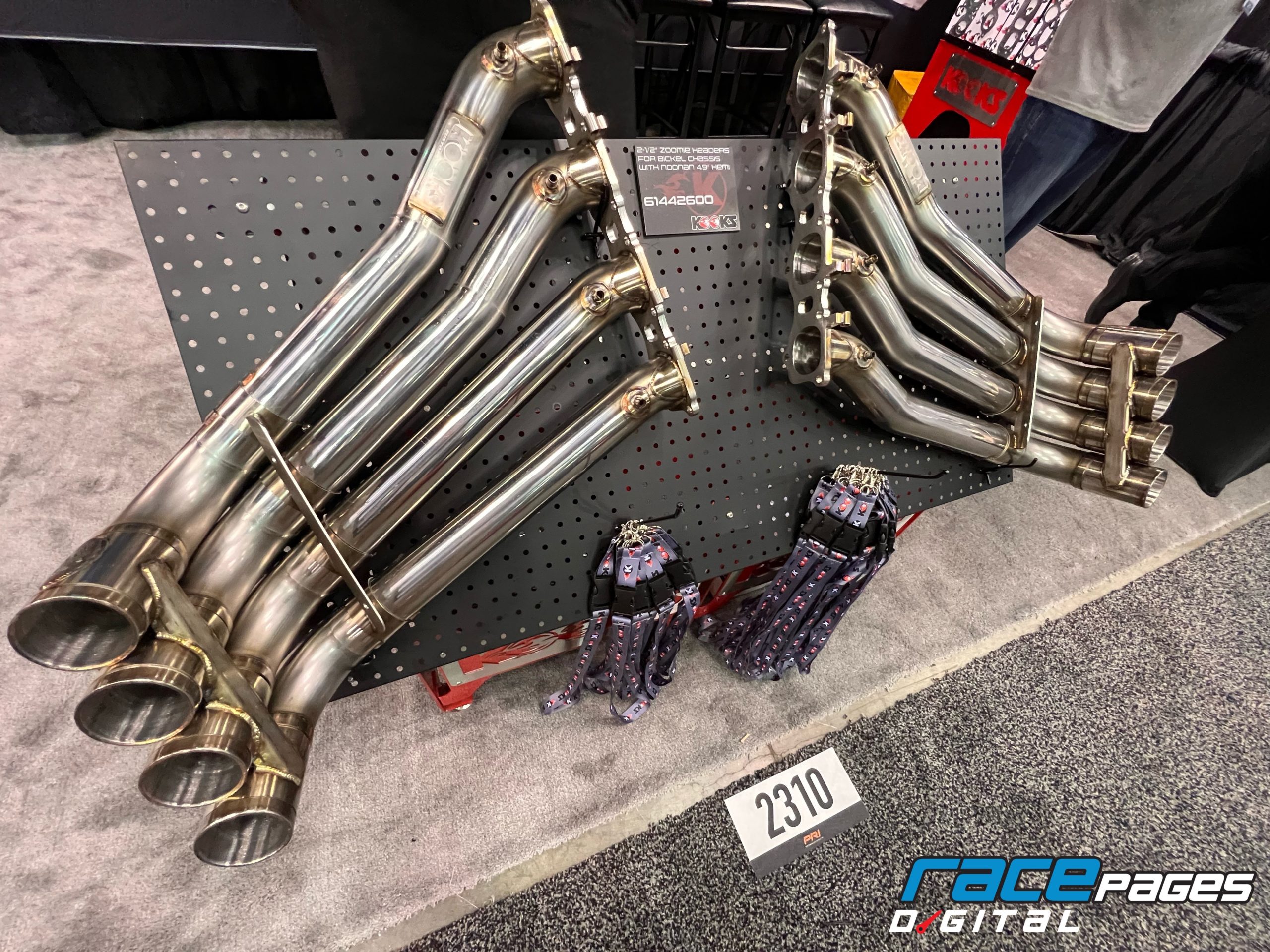 Kooks Custom Headers & Exhaust developed some hardcore headers for race cars based on a Jerry Bickel chassis with a Noonan 4.9 Hemi. Not only are these high-flow pipes rugged enough for the rigors of racing, but they are said to deliver as much as 400 pounds of downforce on race cars that have utilized them, which helps keep the front end down.