From his early days pioneering Ford Mustang performance on the Pro 5.0 circuit to his latest stint behind the wheel of a Pro Mod doorslammer, Don Walsh Jr. has been an icon in domestic drag racing for decades. Now, his latest adventure brings him back to his roots with a turbocharged Fox Mustang in X275 trim.

Based in Michigan, Walsh grew up in a motorsports-centric family and racing came with the territory. Whether it was the snowmobiles of his childhood or competing BMX bikes as a teenager, Walsh was always up to something and got the hang of drag racing while he was still in high school with his daily driven, naturally aspirated 1985 Mustang GT. He grew up building Mustangs alongside his father and professional driveline engineer, Don Walsh Sr., and, in the early 1990s, the Walsh family founded their D&D Performance business for fixing and servicing transmissions. Although Walsh Jr. has since taken over the reins, the company keeps them all busy and has created a channel with which Walsh always stayed involved in the automotive industry.

Thanks to a friendship and partnership with the legendary, late Steve Grebeck, Walsh’s name became synonymous with Ford drag racing. In 2000, though, Walsh opened his own shop — Walsh Motorsports — in conjunction with D&D Performance to offer more personalized performance-based services to his customers. He continued to race, though, and got more involved with the burgeoning Pro 5.0 scene; Walsh finished second in NMRA Pro 5.0 points in 2001 and also was named Sportsman of the Year.

Together, Walsh and Grebeck carved monumental marks in the racing history books until Grebeck’s tragic passing during a racing accident in 2002. Facing the insurmountable loss of his friend and mentor, Walsh decided to work through the grief and continue racing in Grebeck’s honor. In 2003, Walsh earned his first NMRA Pro 5.0 championship title and went on to do so again in 2004 and 2005 — all with Grebeck’s name along for the ride on his passenger-side door.

Walsh did eventually step back to focus on his family and his businesses, with a brief yet successful stint spent in the road racing world, before returning to racing in a twin- turbo Pro Mod 2011 Mustang in 2012 for Precision Turbo & Engine’s founder, Harry Hruska. Walsh went on to win an NHRA Wally that same season and eventually fielded both a 1968 Chevrolet Camaro and a 2014 Camaro.

Later, Walsh purchased a Hemi-powered C7 Chevrolet Corvette and picked up the 2019 NMCA Xtreme Pro Mod championship. Eventually, he changed gears and instead went to work alongside his longtime friend, Steve Halprin, who raced in X275. “I brought my 2020 GT500 along to a few events to run in True Street while Steve [Halprin] raced. I had to be participating in some way or form,” shared Walsh, whose mostly stock ride saw several 9-second passes. Now, 50 years old and perhaps “a 5.0” himself, Walsh wanted to step things up once again, so he returned to his racing roots. One day, while browsing Facebook Marketplace, Walsh came across a listing that got his attention. Jason Eberle of J.E. Customs Auto Fabrication constructed a Fox and posted it for sale as a roller. “I fell in love with it, and there was a comment from Marty Merillat that said ‘whoever gets this car will be a lucky individual’ and I hold his opinion in high regard — I knew he wouldn’t say that about a sh*tbox,” Walsh laughed. He also spoke with Jamie Miller, who had worked with it when Jason ran it, to get a better idea of how it worked. Thanks to the blessings from his trusted friends, Walsh was “ready to do something silly” and pulled the trigger on building another race car. “Jason Eberle] did a beautiful job on the fabrication and I could tell the craftsmanship was way above average.”

Walsh picked up the 1988 Fox coupe in early 2020, just before the pandemic struck. At the time, the DiSomma Racing Engines-built LS powerplant was removed from the chassis and sold off. Walsh planned for a small block Ford instead, but the unprecedented manufacturing shortages due to the Coronavirus made getting parts nearly impossible. “So, I bought the same engine that had been in the car before,” he said of how he the LS wound up back between its former frame rails.

With the engine situation sorted out, Walsh and his team completely took apart the Mustang and went through it with a fine-toothed comb from front to back. His longtime crewman and friend, Justin Haddon, was on hand throughout the build and took point on managing the electrical system; Haddon rewired the car to run on a FuelTech FT600 electronic fuel-injection engine management system with a matching FTSPARK capacitive-discharge Ignition system.

Planning ahead, Walsh decided on X275 as his target class in which he wanted to race for a number of reasons, but mostly because it reminded him so much of the early Pro 5.0 days.

“Back when Pro 5.0 started, the cars looked like stock cars and were on stock suspensions and had small blocks with simple things like a single turbo or nitrous, and I like that this is a similar setup,” Walsh elaborated of X275’s modern twist on his Pro 5.0 roots. “I also like that I don’t have the same level of expenses as with the Pro Mod, nor will I have to put that much time into it. Focusing on my family, my wife Ashley, our daughter Kaylee, and our businesses is more important to me.”

Intrigued by how much quicker the cars are now running in X275 than in Pro 5.0 also attracted his attention. Towards the end of the era, Pro 5.0 was mostly made up of tube-chassis cars on big tires with monster superchargers running hundreds of pounds lighter than Walsh’s current X275 entry, and they were a tenth-of-a-second slower to the eighth mile than X275 is now on a 275 drag radial with a single turbo and stock suspension.

“It amazes me,” he admitted. “When you see it on a daily basis all the time, you don’t realize how far we’ve come until you step back. In 2005, we won every Pro 5.0 race we entered that entire season except one, and that was a tenth slower than this car, which is still only a middle-of-the-road build.”

So, making sure his new competition car was legal as per the X275 rulebooks, Walsh went ahead and replumbed the Mustang for a single-turbo system using a class-legal 88mm turbocharger from Precision Turbo & Engine.

“I had worked with Harry [Hruska] for years, and even though he’s not there anymore, I do feel an allegiance to Precision and a loyalty to the brand,” noted the racer, who toyed with the idea of potentially selecting a supercharger instead but ultimately opted to stick with the turbo platform as that was what the Fox was originally designed to be run with. “I didn’t want to spend even more time redoing the front half of the car for a different power adder.”

To button up the drivetrain, Walsh added a two-speed Turbo 400 transmission built by ProFormance along with an M&M shifter and a ProTorque non-lockup, bolt-together torque converter.

For the stock-style suspension, Walsh worked with a combination of parts that were already on the roller when he purchased it, including the Ron Galbreath Afterworks rear shocks and Santhuff front struts, both of which were re-valved to Walsh’s liking – as well as new items that he hand-picked.

“Strange Engineering always worked with us, so they supplied the 9.5-inch center section,” noted Walsh, who also installed a Precision Shaft Technologies carbon fiber driveshaft in his Mustang. “We are using a Merillat Racing floater rearend. He does beautiful work.”

Business kept Walsh from working on and racing the coupe until mid-year in 2022, but the wait was worth it for the thrill of getting back to racing. He sat out the first three events of the NMCA drag racing season, but, fortunately, the 2nd Annual Arrington Performance NMRA/NMCA Power Festival Presented by Force Engineering on July 22-24 at US 131 Motorsports Park in his home state of Michigan was close enough that the driven entrepreneur could attend and compete.

Prior to the event, Walsh and his trusted crew including tuner Justin Haddon, Chris Church, and Michael Begley had gone testing at US 131 to sort out the new car bugs. There, a (temporary) personal best of 4.30 at 167 mph in the eighth mile was set and the guys were ready for a stellar inaugural performance and competition debut as a result.

Run in conjunction with the Radial Tire Racing Association as a points race, the NMCA event included a special Mickey Thompson X275 Invitational category. Rolling on M/T drag radial-wrapped Weld wheels front and rear, Walsh qualified second with a 4.348 at 166.11 mph trip, just a few hundredths behind 2021 NMCA Street Outlaw champion Alan Felts who secured the top spot with his 4.301 at 171.04 mph blast.

When eliminations began, Walsh lit the win light right off the bat and followed it up with a repeat performance in the semifinals. Impressively, in his first race with the new build, Walsh made it through to the finals where he faced off against Felts.

“It was an awesome weekend and to be running with guys who have been in the class for years was pretty cool,” proclaimed Walsh, who wrapped things up with a runner- up finish to his name. “I really appreciate everyone at the shop who holds down the fort while we’re away racing. They’re the ones that really make all of this possible.”

Fans and fellow racers were all excited to see Walsh back where he belongs, but the engine under the hood of his Mustang definitely turned more heads than usual.

“Most people have no idea what engine is even in it, because the billet heads from Energy don’t look anything like a conventional LS head — they look more like a Ford head,” stated the racer who got a kick out of peoples’ surprised reactions and mixed emotions from seeing the intermingled Ford and Chevy makes. “People say ‘I can’t believe you did that; you’ve always been a Ford guy.’ But I’ve raced since 2012 with a Mustang, two Camaros, and a Corvette all with Hemi engines and nobody thought anything of that, so, it’s funny to me now that I’ve got a Fox with an LS and everyone’s shocked by it.”

Ultimately, it doesn’t matter to Walsh what anyone else thinks about the combination he’s put together as his choice simply came down to knowing what could work and wanting to get the car out to have some fun instead of sitting on the sidelines waiting for parts.

Now that he’s running with Halprin, instead of just helping out, Walsh is thrilled to be back behind the wheel and to have double the data with which he can tune both cars. More information to rely on means they can both be more successful, and it’s an added bonus that Walsh is the one helping to gather it.

“I miss racing a ton when I’m not doing it, so having something to have a bit of fun with is great,” added the man who expects to hit a few events each year, as his life and schedule permits. “Parts are getting easier to find, but I have zero intention of chasing a full series. I literally want to go out with the car, enjoy spending time with my team and my family, and just have fun. If we go to 10 races, cool. If we only go to three, that’s OK, too.”

Walsh’s priority is continuing his family’s legacy through their businesses, especially since his father retired a few years back. Now, at least, Walsh has a great new Fox coupe with which he can go racing whenever he feels the itch to do so and he can relive his Pro 5.0 roots in style in X275 instead. 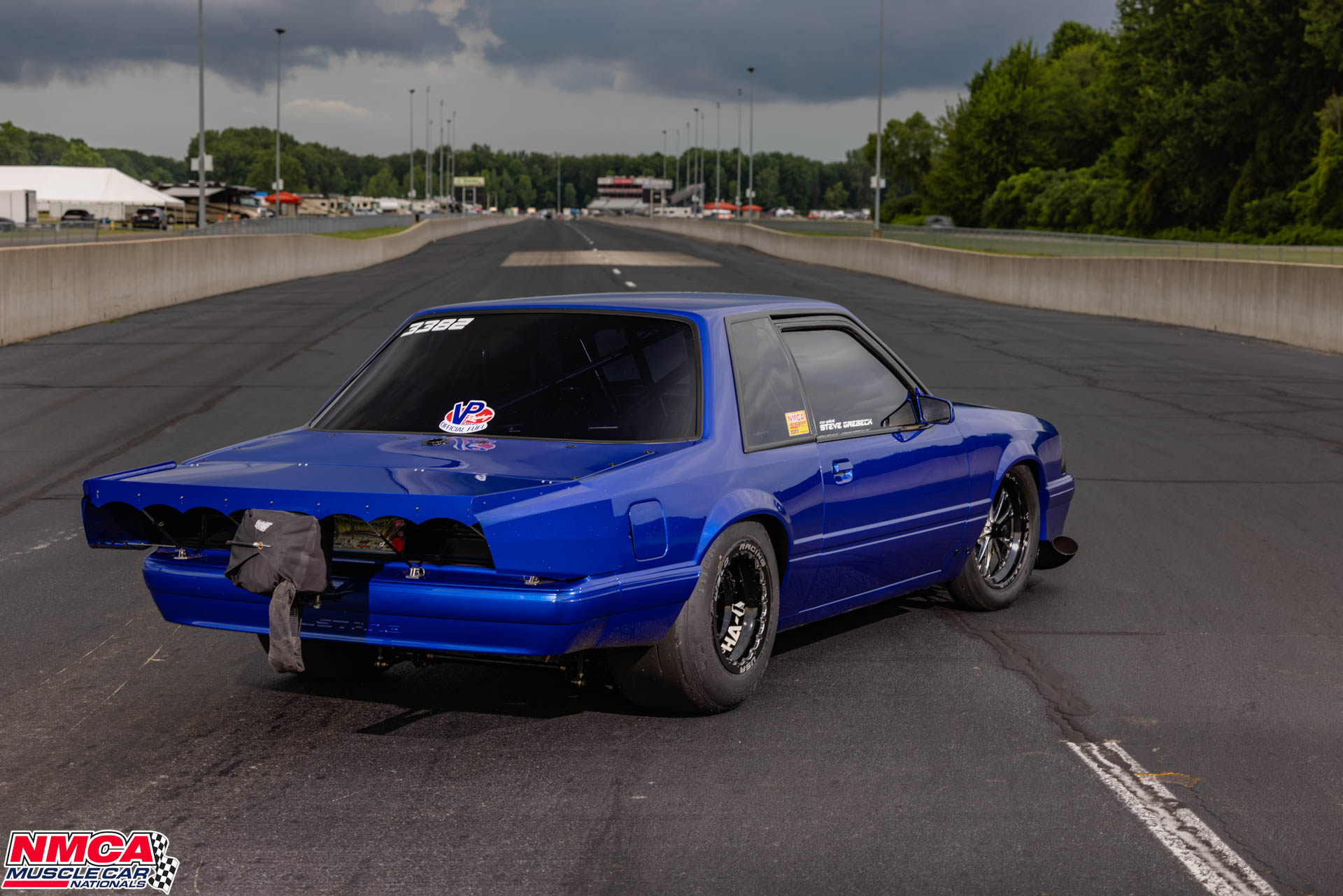 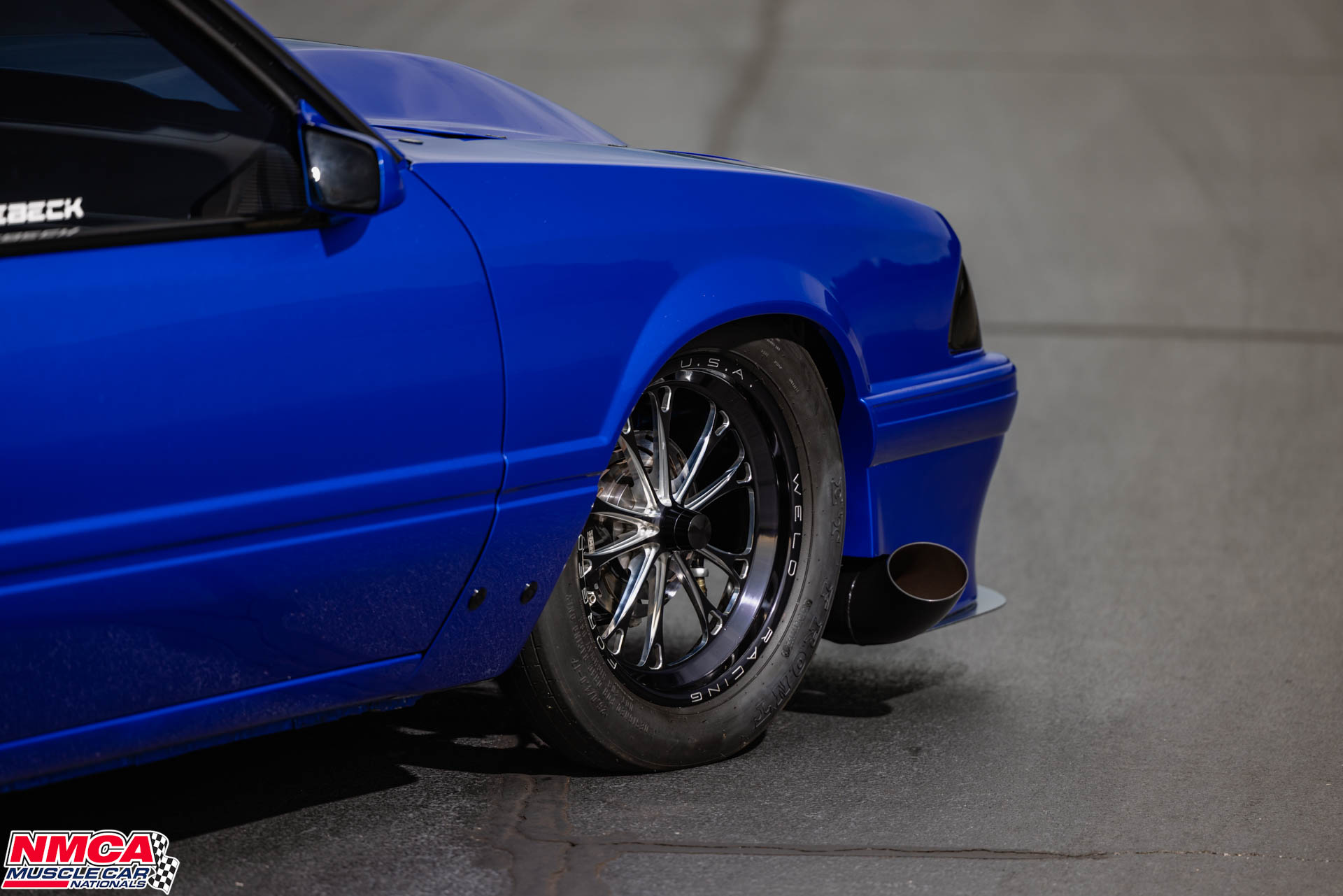 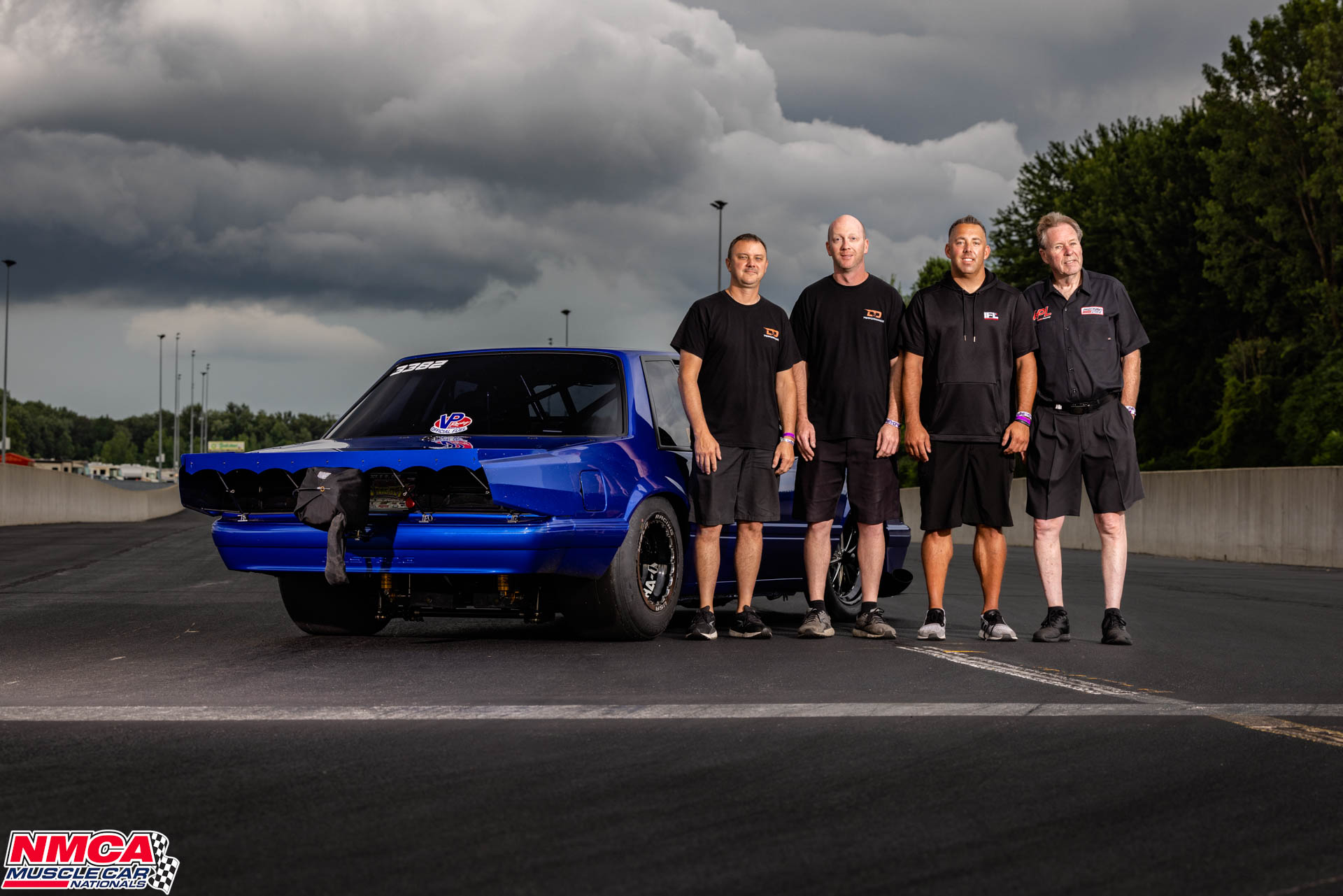 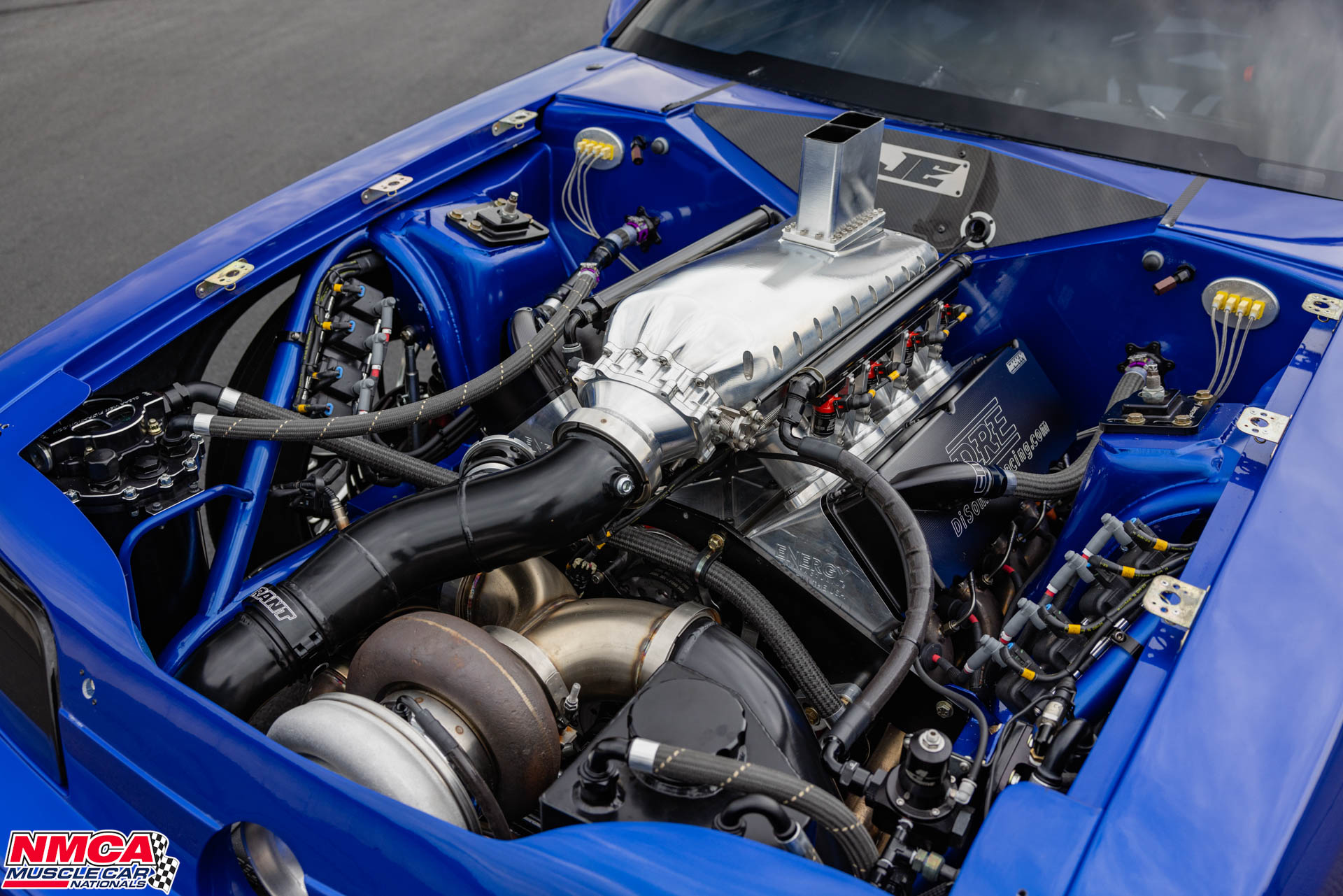 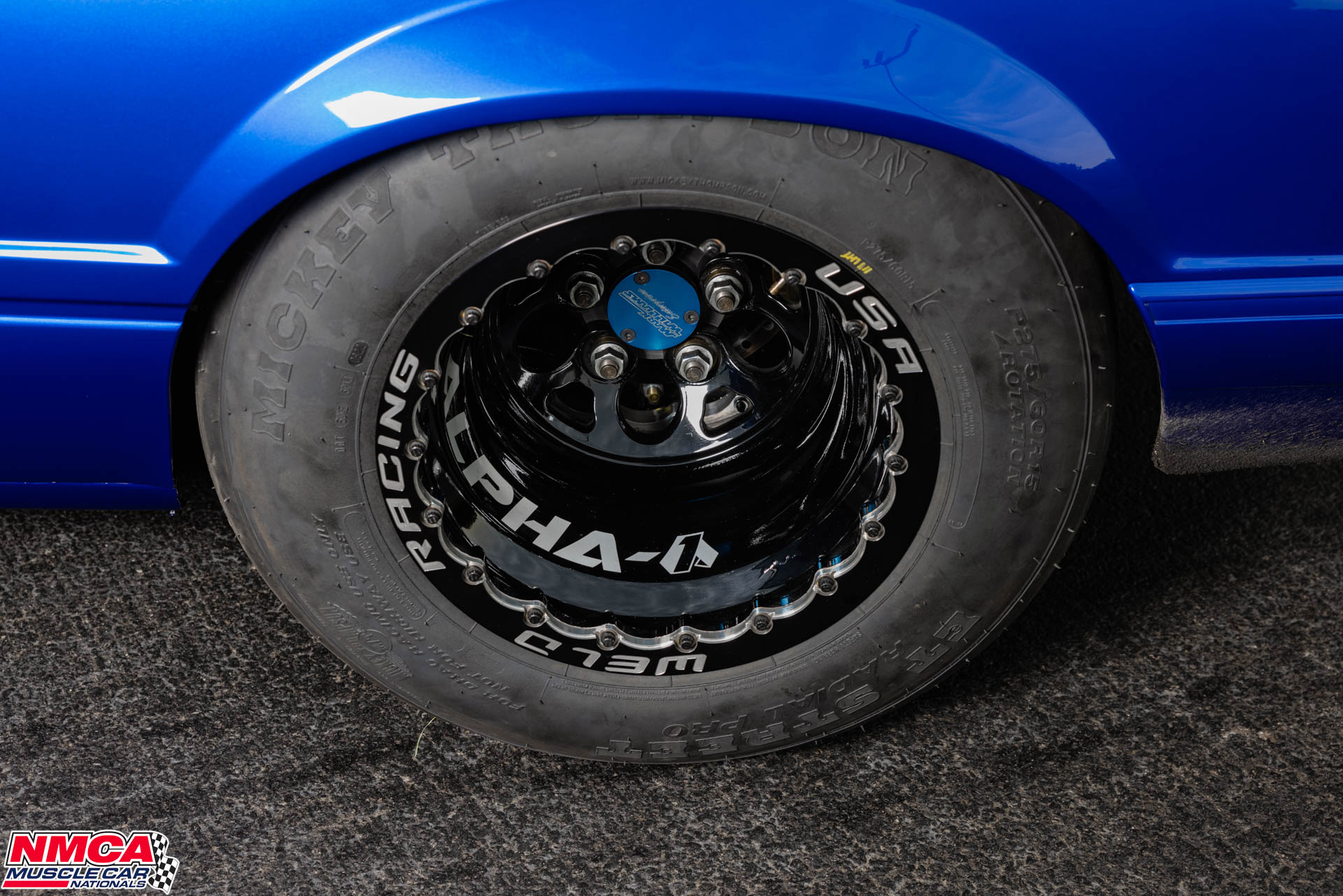 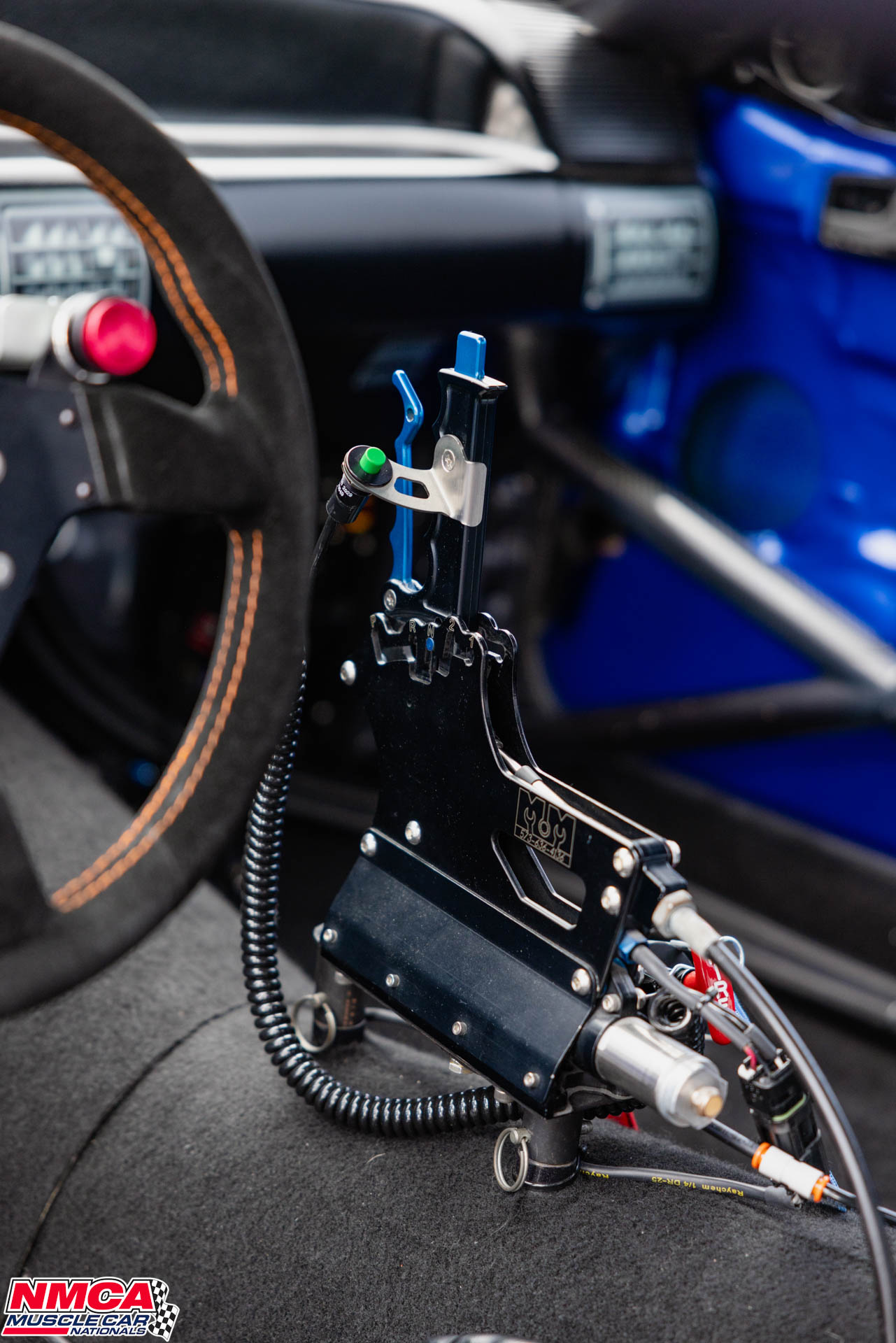 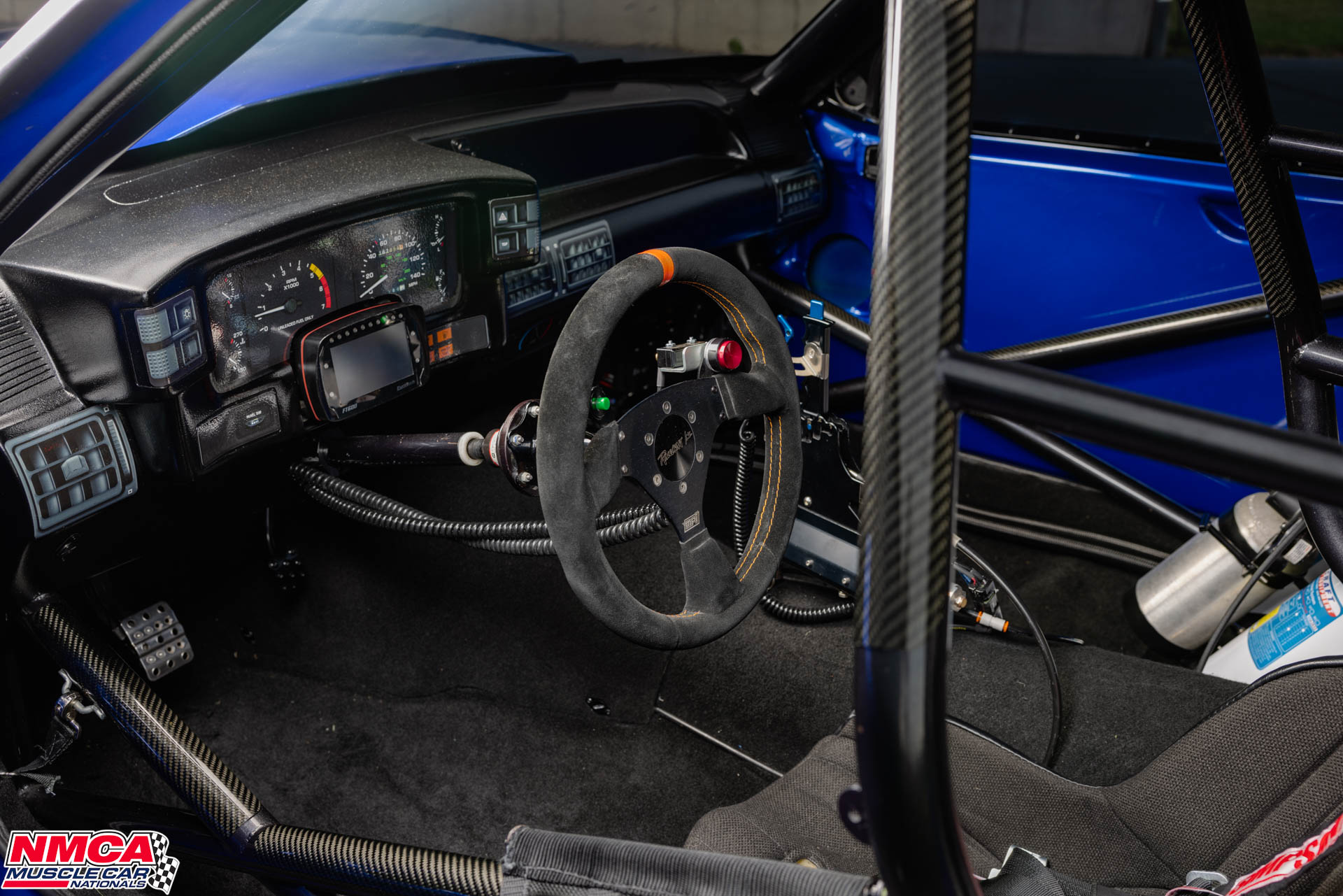 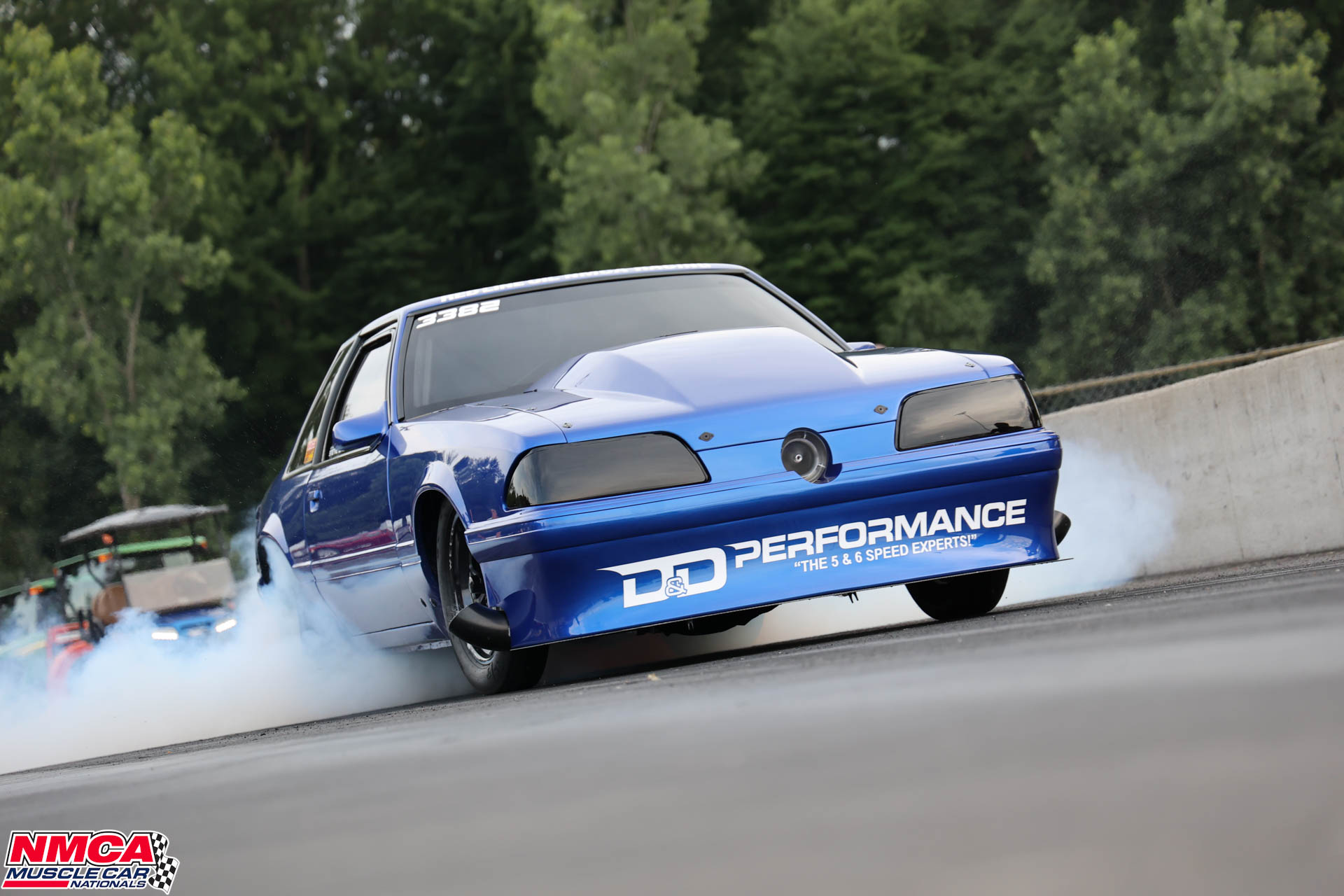 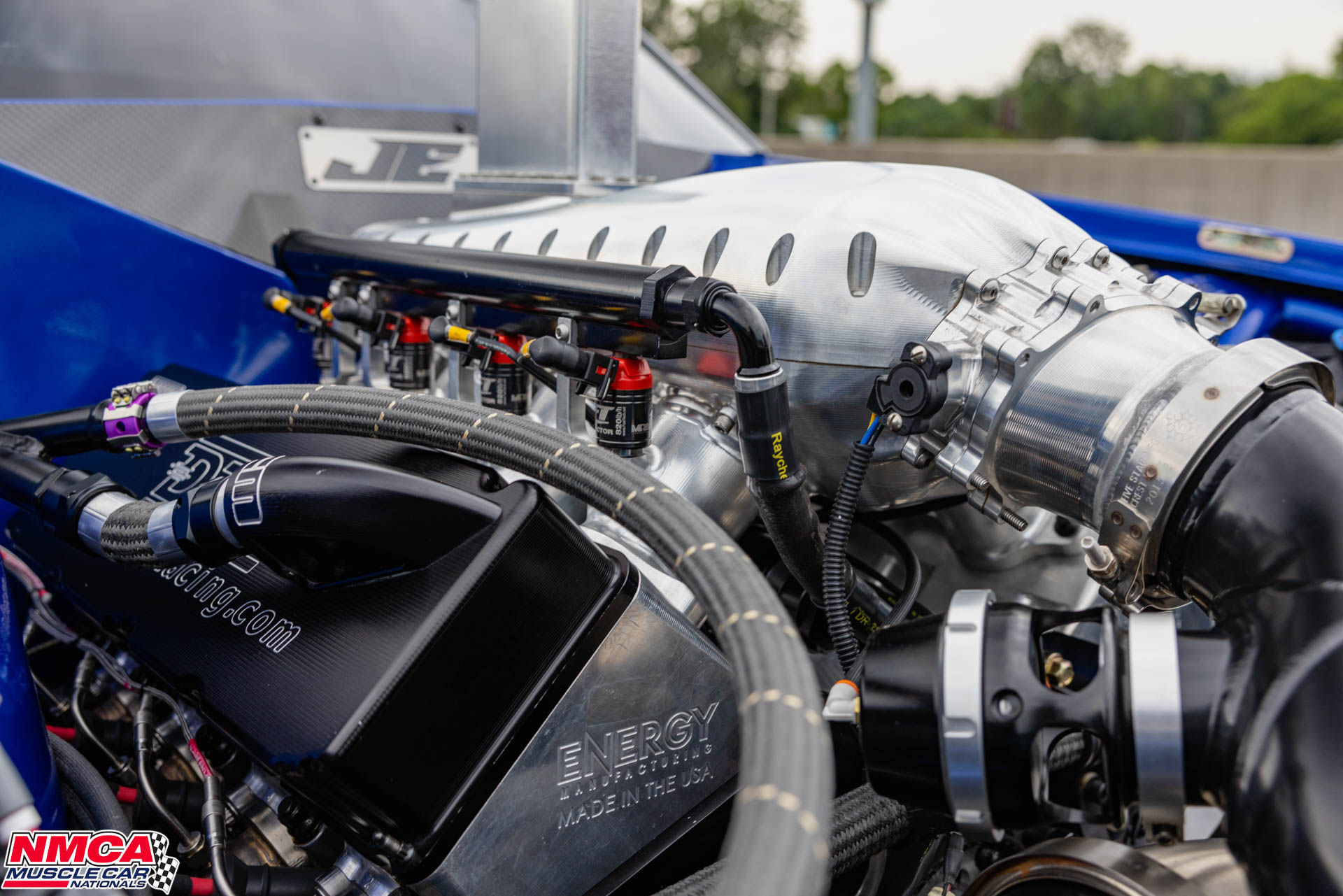 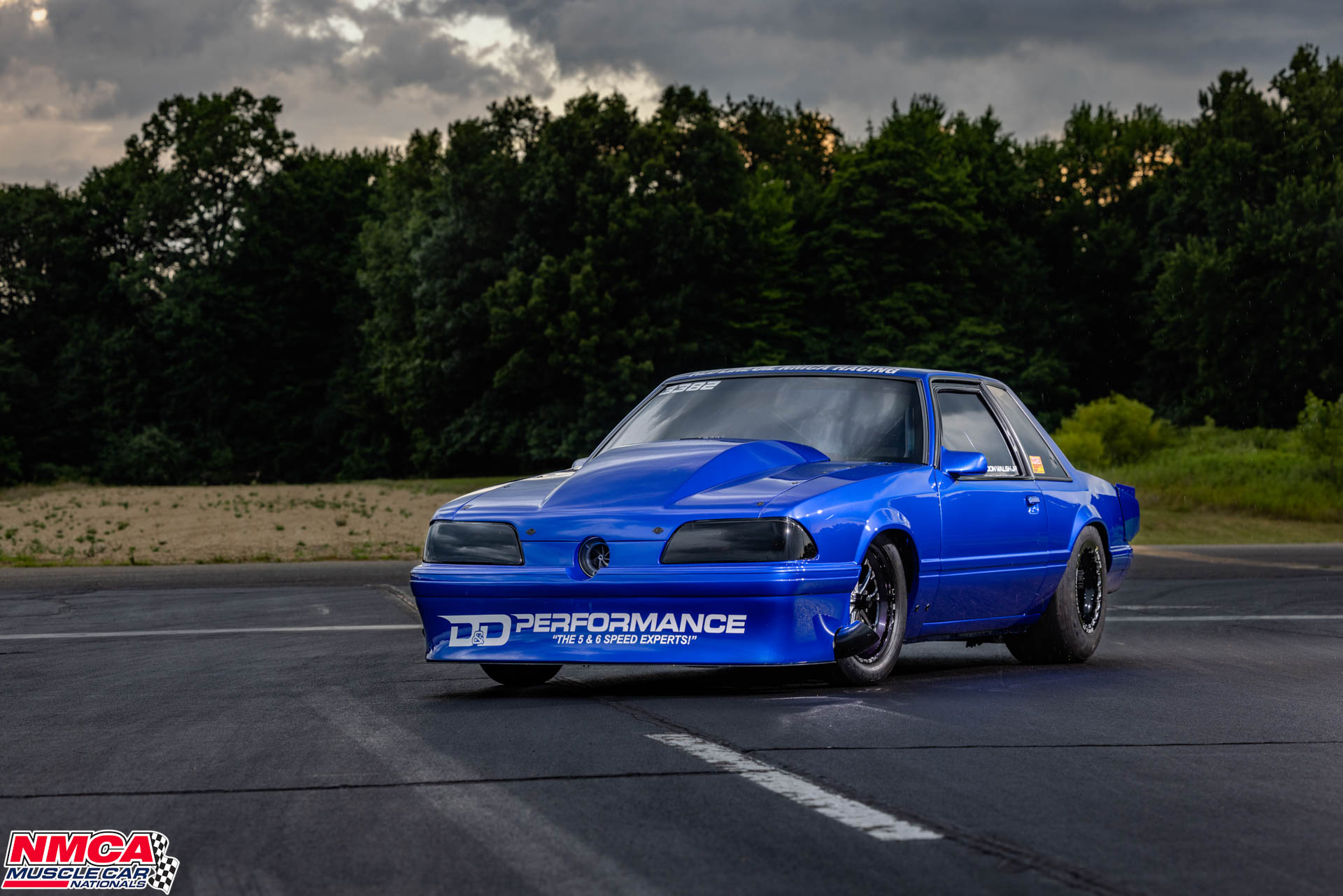 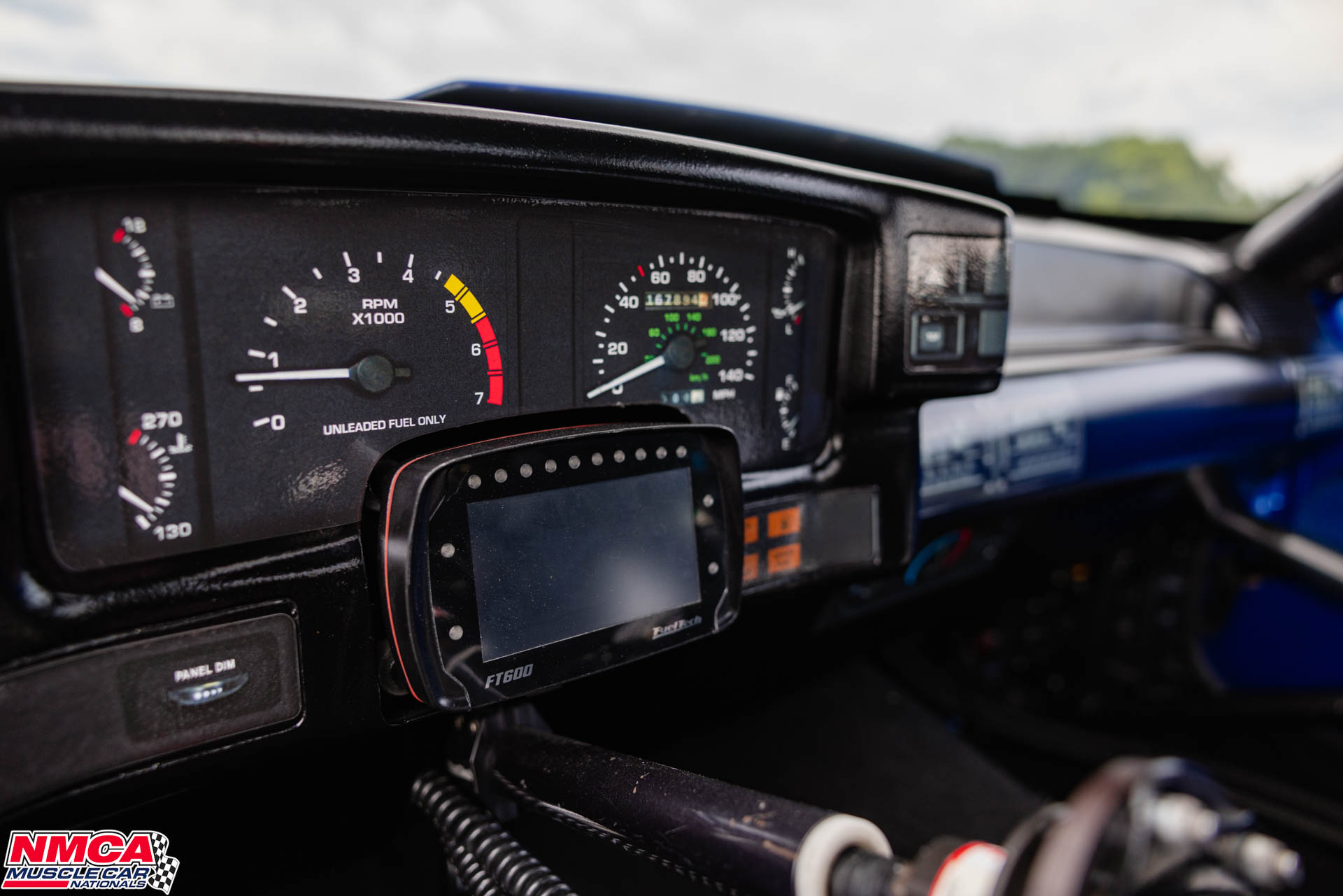 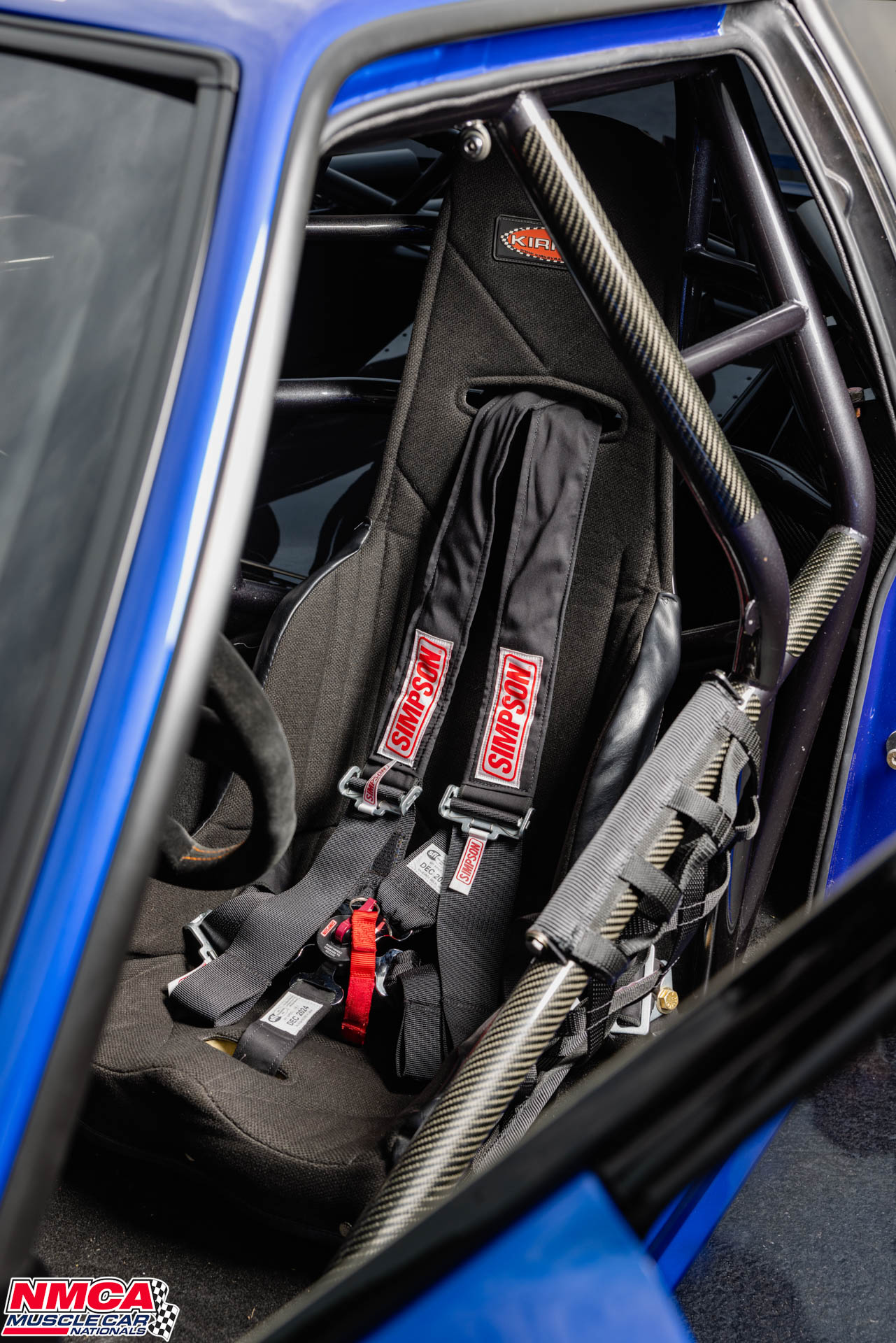 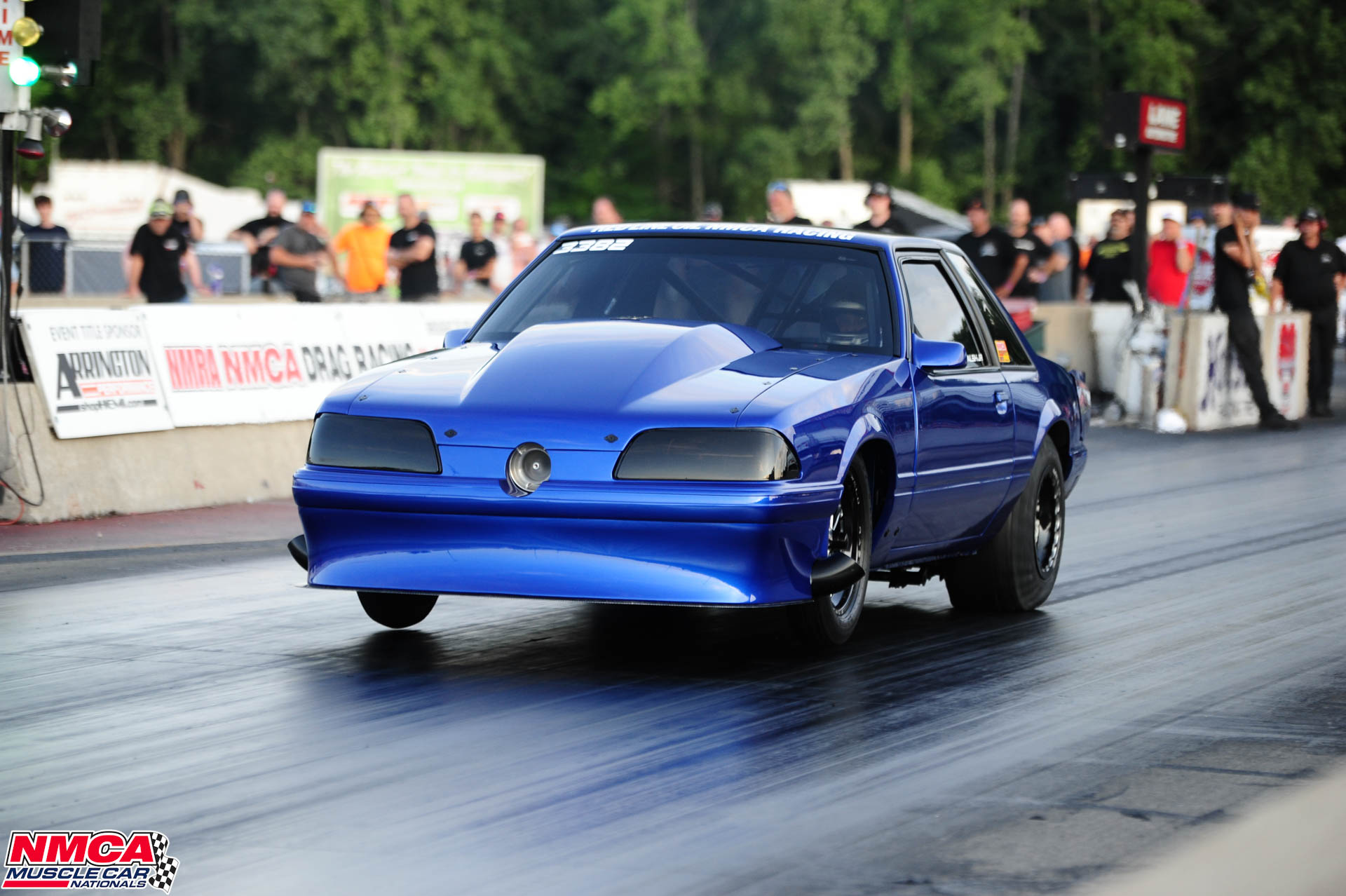