Edelbrock’s Smitty Smith Passed Away From A Heart Attack 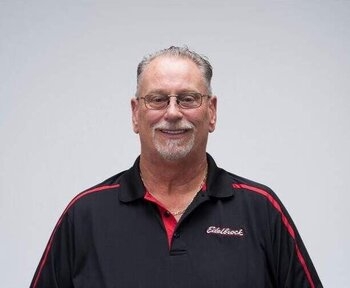 Edelbrock’s Smitty Smith Passed Away From A Heart Attack

This week, we lost one of the most likeable and well-known members of our automotive community when “Smitty” Smith of Edelbrock died of a heart attack. According to Edelbrock, “Smitty’s official title was Senior Technical Sales Advisor, but his fingerprints are all over everything Edelbrock. If you ever visited the Edelbrock trailer, chances are you met him. He was a staple at almost every race, show, or event where the trailer went. At the same time, there is also a good possibility you didn’t see him because of his penchant for helping people. It wasn’t uncommon for someone to come up to the trailer with a carburetor question, and the next thing you know, Smitty would be off to diagnose the car on the grounds.”

“Smitty was the ultimate Edelbrock ambassador and even more so an ambassador for the performance industry and motorsports,” said Steve Wolcott, president of ProMedia. “Following in the footsteps of his former boss, the iconic Vic Edelbrock Jr., Smitty always went out of his way to help racers and motosports sanctioning bodies whenever he could. He was a guy who always had a positive attitude and he made you feel like you could accomplish whatever you set your mind to doing in business and in fun,” Wolcott added.

Amazingly, very few people knew Smitty real first name, but that’s okay, as he was called “Smitty” since a young age. According to a post on the Edelbrock website, “Smitty was ‘Smitty,’ almost from day one, since being born in Culver City, California. His parents both raced jalopies at Gardenia Stadium. Being a car guy was in his blood; his passion never waned. Smitty owned hundreds of cars through the years and had several collector cars from which to choose. He worked at various speed shops and even had a stint as a restaurateur before his friend Mike Eddy opened the door to Edelbrock in ’92.”

Smitty worked for at Edelbrock for more than 30 years and had been using its products for 50. HIs primary function at Edelbrock was to help consumers by responding to their inquiries from Edelbrock’s website and through social media.
drag racing
,
Edelbrock Smitty smith