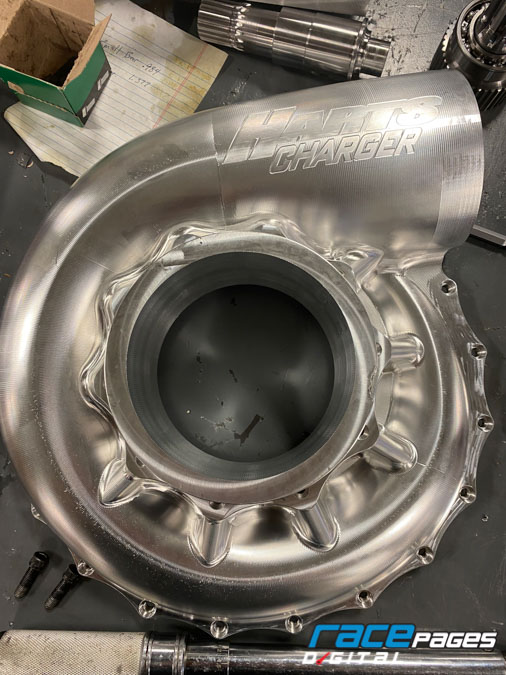 It should be no surprise that this week's Performance Racing Industry Show is placed center stage in the racing world as companies launch their latest technology to the industry's biggest customers and influencers. The buzz seems to be even greater this year due to the cancellation of last year's show, thanks to the global pandemic. Harts wasted no time in energizing the drag racing market with the debut of its Harts Charger, a centrifugal supercharger that is designed for the upper echelon of door-slammer action. They rolled it out in grand fashion by bolting it on Mark Woody Woodruff's revamped 1969 Chevy Camaro, built by B&B Race Cars. For those at the show, visit Booth 4701 to see the Harts Charger and the company's turbocharger product line. 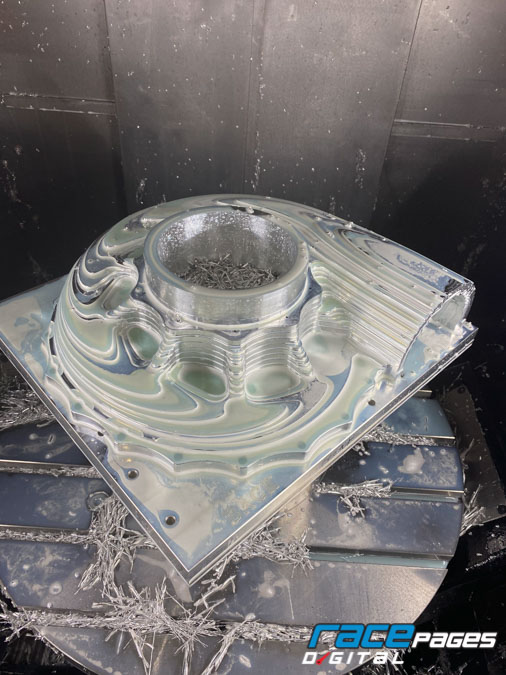 The Harts Charger is an all-billet supercharger that draws upon compressor technology from the Harts Turbo division. The compressor cover is newly designed and cut from billet with several top-secret features that Harts hopes to separate its product from the competition. The volute diameter is a robust 13.5-inches in order to house the massive 184mm exducer. Harts Charger is available in 136mm and 140mm inducer diameters to meet current rule requirements across several racing organizations. Also new is a gear case and bearing assembly as the team focuses on durability, a key to success and one they are playing catch up on against their competitors who have been established for many years through many sanctioning bodies. The Harts Charger will be capable of spinning to 80,000 rpm and a major highlight to that rpm limit is the proprietary Quad Angular Hydrodynamic Ceramic Ball Bearing assembly that was developed specifically for this application. The supercharger is lubricated using a pressure-fed system and offers a 4.77:1 step-up ratio. Harts also offers a crank drive system that is efficient to help keep drive losses to a minimum. 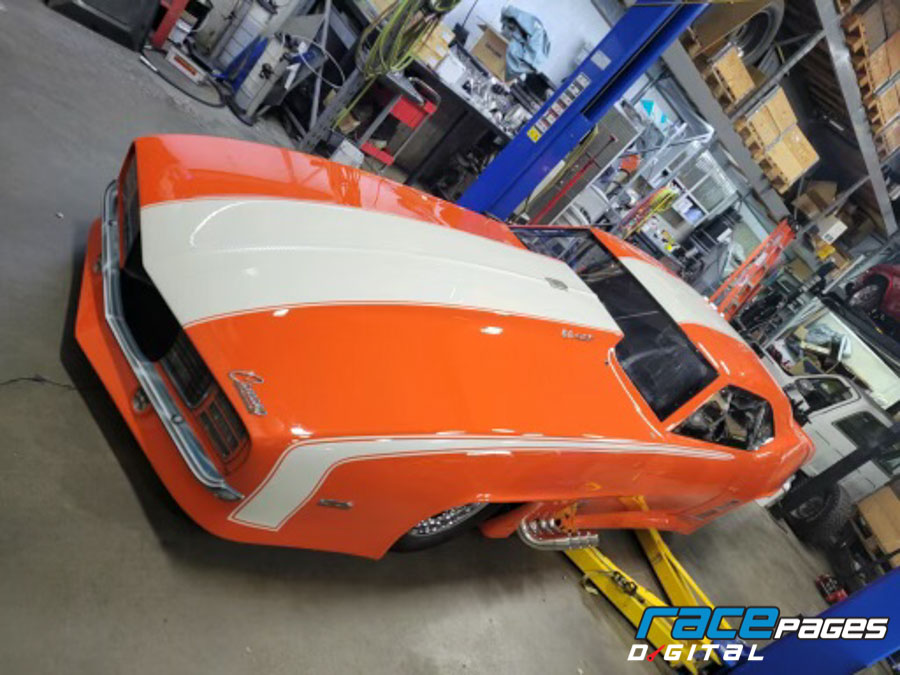 We saw an opportunity to diversify our boost-making products and step into the centrifugal supercharger segment. It is fast and exciting and the Harts Charger shares technology from our turbo line-up, which has been a part of championship winning combinations and a key component to setting records since it debuted last year, said Roger Conley, Director of Business Development at Harts, a leading technology and engineering company. The Harts booth features two supercharger displays, the first is Woody's Pro Modified, which is slated for a lot of racing 2021 that includes NMCA Xtreme Pro Mod, several outlaw events, and undoubtedly some radial competition. The Camaro features a Brad Anderson Enterprises HEMI that was built by Nelson Competition. The other centerpiece belongs to Street Outlaws: No Prep Kings star Robin Roberts, out of his 1969 Pontiac Firebird. It is a Pro Line Racing HEMI powerplant that uses Alan Johnson Performance Engineering block and heads and a Frankenstein intake manifold. The PLR engine design has held numerous major records and championships with various induction systems providing the boost. Both racers are slated to begin testing their Harts Charger setups following the PRI Show. Be sure to check Race Pages Digital this week as our editorial team will be bringing continued coverage throughout the day as the exhibitors, builders, and racers takeover Indianapolis for the city's biggest convention.
Hart's Turbo