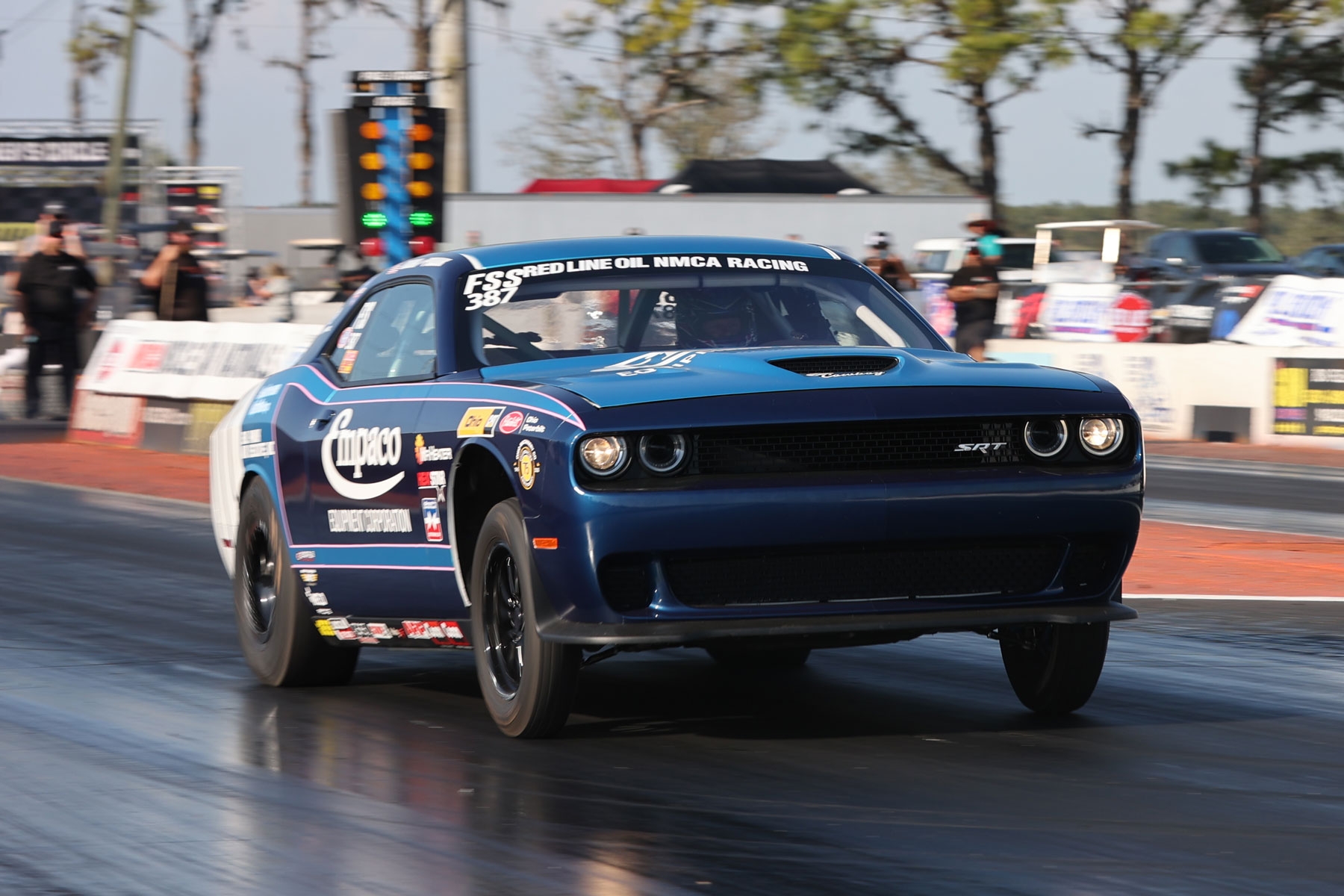 NMCA Holley EFI Factory Super Cars and NHRA Constant Aviation Factory Showdown racer Mark “Cowboy” Pawuk is stepping away from the Don Schumacher Racing team as he has decided to spearhead his own endeavor.

Together with his son, Kyle, Mark Pawuk has revived the Mark Pawuk Racing division of Empaco Equipment Corporation and purchased the original 2015 Dodge Challenger Mopar Drag Pak that he drove when he first made his comeback in 2018.

“I appreciate and am very thankful for Don Schumacher bringing me back into the sport,” affirmed Pawuk. “I enjoyed being a part of the DSR team and I still consider Don to be a personal friend of mine.”

For 2023, the supercharged and Hemi-powered Mopar will actually run a Drag Pak engine that Pawuk pulled from another stock Drag Pak which he purchased in 2022 to help mitigate parts shortages and improve availability of spare components, and David Barton of Ray Barton Racing Engines will be managing the powertrain program.

Similarly, Pawuk has contracted his longtime crew chief, A.J. Berge of Hemituner Performance, to continue on with his operation while Scott Libersher has stepped in to provide hauling and transportation along with other services. His daughter, Kassandra Pawuk, will be handling the team’s social media presence in association with Natalie Torrence of Innovative Creation Experts.

Although the Dodge will debut in its current flat black wrap, Pawuk will likely upgrade the livery mid-season with something a bit more tricked out so as to better showcase his sponsors which include Empaco, Ohio Cat and Ohio Peterbilt, Enerco/Mr. Heater, Summit Racing Equipment, and more. He also plans to upgrade it to a 2021 model-year body.

Pawuk plans to start pre-season testing in February, then participate in the Drag Illustrated World Series of Pro Mod event in March in Florida. After, he’ll get rolling with the 10-race NHRA season plus enjoy stops on the NMCA tour for the Orlando and Norwalk events, among others.

The 65-year-old racer from Ohio is excited to get going with something new and grateful to have the support of his son as well as his wife, Bonnie, in doing so.