Go-Fast Gatherings-Taking a look at what drives a racer 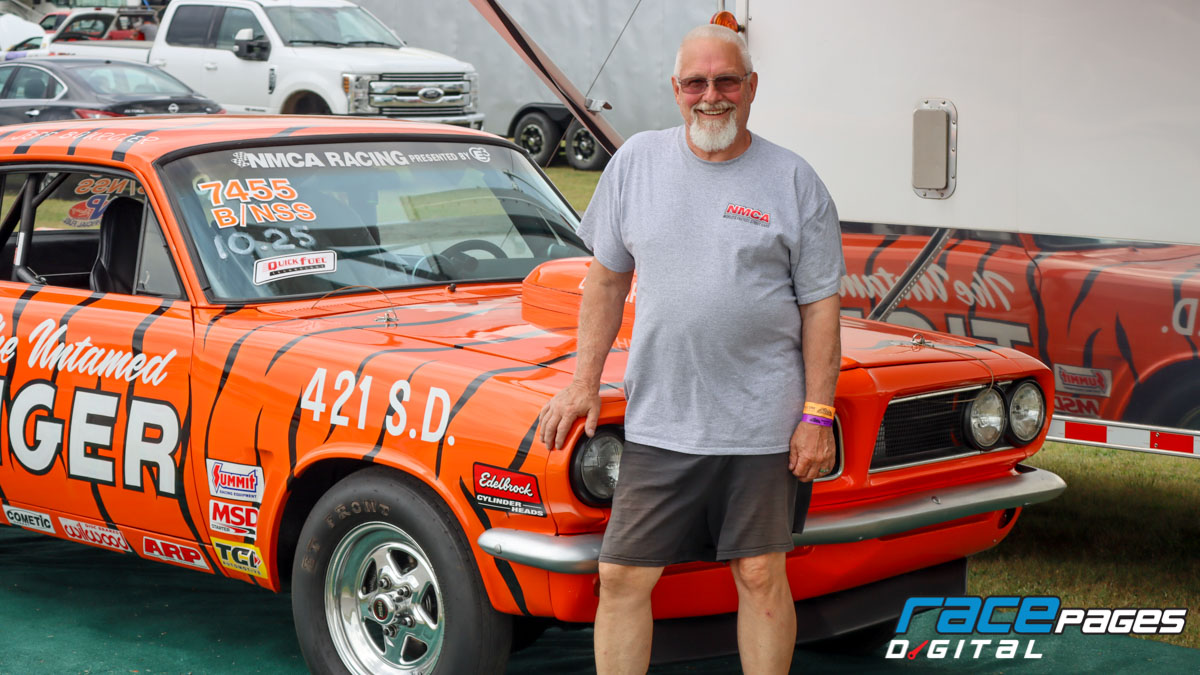 By Steve Turner Photography by the author Automotive culture in general, and racing specifically, has long been an act of rebellion. From its origins on the darkened streets and back alleys to its move to brightly light race tracks and sponsored support, there is still something iconoclastic about rumbling exhausts and smoking tires. These aren't practical pursuits, but for those so inclined they are full of joy. Drag racing might just be the ultimate embodiment of me against the world. Sure, depending on the level, there any number of people that help field a successful car. From engine builders and tuners to chassis gurus and crew chiefs. However, once the driver is strapped in and locked on the target at the end of the quarter mile, there is only one goal in mind. These endeavors attract a certain person; Often they are bold individuals, entrepreneurs, and leaders. At the track, however, they are racers and the people in their crews are there to share the thrill of victory and help shoulder the agony of defeat. Naturally, it is racing series like NMCA and NMRA that provide the venue for this ecosystem to thrive. Like a travelling circus or a huge musical tour, the involved parties travel from all over the country to converge on one spot and put on an entertaining show before decamping and returning to normal life for a week or two before doing it all over again. As I have mentioned before, the level of commitment needed to run these series is admirable. What might be even cooler is how a group of outlaws comes together as a loosely knit group under the sanctioning-body bigtop. The camaraderie is probably the best part of every event. Sure, there are rivalriesboth friendly and not so friendlybut in general there are groups within the groups that really get along and look forward to meeting up at the track throughout the season and during the post-season awards ceremonies. It is this racing-formed family that is something to truly appreciate. When I am at the races, the mission is mixing it up with the racers and car show participants to see what is happening throughout the weekend. It is always fun to learn the stories behind the scenes and share them via our social media and websites. The way the events unfolded for the past year or so, the track became an even more welcome escape from the worries of the world. Amplifying that feeling was hearing some of those stories in the pits. For example, you might recall that ARP Open Comp racer Kevin Sanders broke his axle studs at the NMRA Bradenton season opener and sent his wheel rolling down the racetrack. When I chatted him up in Georgia, he shared that by the time he made it back to the pits, fellow racers had handed him all the parts he needed to fix the car and make the next round. That is the microcosm that supports these racers and keeps them coming back to these events. Hardware is my thing. I fell in love with the cars themselves and became enthralled with learning about them, learning how to improve them, and generally appreciating them as feats of engineering. I didn't gravitate toward cars as a social experience, but inevitably that comes with the territory. Car people always want to talk about their machines. This gig has given me an even greater appreciation for the human side of racing, and hearing those stories can't help but warm your heart. While it is always fun to catch up with the racers I have known for years, it is just as exciting to finally meet some that I hadn't crossed paths with before. Whether they are new to the series or it was my first time making a connection, I always learn a little something. Making one of those connections in Georgia, I wandered into Jeff Bourcier's pit. He races a Tiger-striped 1963 Tempest in Quick Fuel Technology Nostalgia Super Stock. He invited me to have a seat in a camping chair in his pits. I am often reticent to sit down. Not only is it too tempting to stay seated after a long walk through the pits, but I often feel guilty if I am not on the move while chasing a story. In this case, I took him up on the offer. We had never met before, and I appreciated his warm and welcoming demeanor. I rested while Bourcier regaled me with tales about his Arnie Beswick tribute car signed by the legendary Pontiac racer himself. He joked that racing with NMCA was a great way to drain his 401K, but he loved getting out to the events with his fellow racers. As I willed myself out of the seat, I walked away with a great story to report as well as an even greater appreciation for the experience at these events. No matter what is going on in the world, racers at the track are in their element and usually in a great mood. As they say, a bad day at the racetrack is better than a good day at the office, which means few things beat a good day at the track. Learning the behind-the-scenes stories at the race track is definitely a perk of the job. At the 13th Annual Scoggin Dickey Parts Center NMRA/NMCA All-Star Nationals Presented by MAHLE Motorsport, Jeff Bourcier was kind enough to offer a seat and some background on his Quick Fuel Technology Nostalgia Super Stock Tempest racer.
Arnie Bestwick