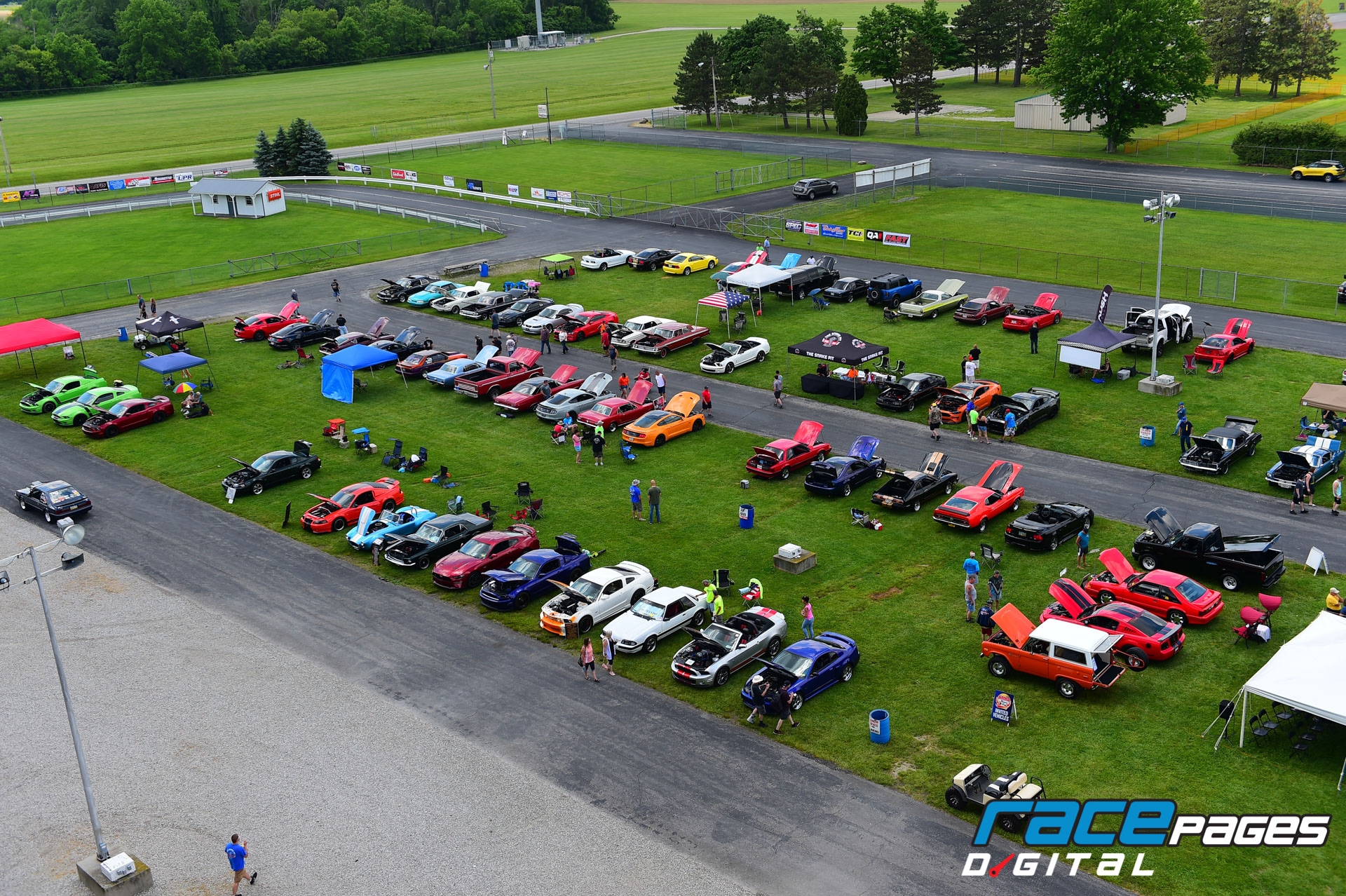 As the fourth stop on the Holley NMRA Ford Nationals tour rolled into Summit Motorsports Park in Norwalk, Ohio, the stakes were high on the racetrack as competitors jockeyed for position in the championship points chase. It was no less competitive just outside Section 3 of the grandstands, where the UPR Products Car Show attracted the Blue Oval’s finest to compete for a host of awards.

On Saturday, 12 elite machines were drafted into the Ring of Fire competition covered elsewhere on these pages, but even the cars that didn’t make it into that dynamic dozen were stellar. Here are some highlights from the show at the 2nd Annual NMRA Ford Performance Nationals. While trucks are always a big part of any show at a Holley NMRA Ford Nationals event, it is somewhat rare to see one haul away top honors. However, that’s just what Rick Bennett’s 2011 ROUSH F-150 did in Norwalk. Adorned with a host of ROUSH upgrades, and even wearing the signatures of Jack Roush, Jack Roush Jr., and regular NMRA and NMCA competitor Susan Roush-McClegnahan, this white pickup is powered by a tuned-up Coyote 5.0-liter deliver 467 horsepower. Bringing its exterior theme into the cabin with color-keyed accents throughout, Peter Dunbar’s 2006 Mustang earned the Best Interior award in Norwalk. It’s not that common to see first-gen SVT Lightnings out in the wild these days, much less one this clean. However, Kimberly Mills brought out her 1993 example and hauled away the Best Lightning award in Norwalk. At first glance, you might see just a clean 1970 Mustang, but there is more than meets the eye to Dave Parisot’s pony car. Underneath, it is a 2005 Mustang right down to the Three-Valve modular engine under its flip-forward hood. His unique ride took home the Director’s Choice Modified award from the UPR Products car show. It is exciting to see just one Ford GTs out in the wild, but thanks to the presence of the Ford GT Gathering at Norwalk, all those in attendance could appreciate a variety of first- and second-gen supercars. At the other end of the spectrum, the presence of a Model T club in the show allowed Ford fans to get a look at the company’s history. The Northcoast Mustang & Ford Club deserves thanks for serving as the 2022 NMRA Norwalk Host Club. At the end of the day on Saturday and Sunday, the winners gathered to celebrate and collect their hard-earned hardware at the NMRA Ford Performance Nationals.