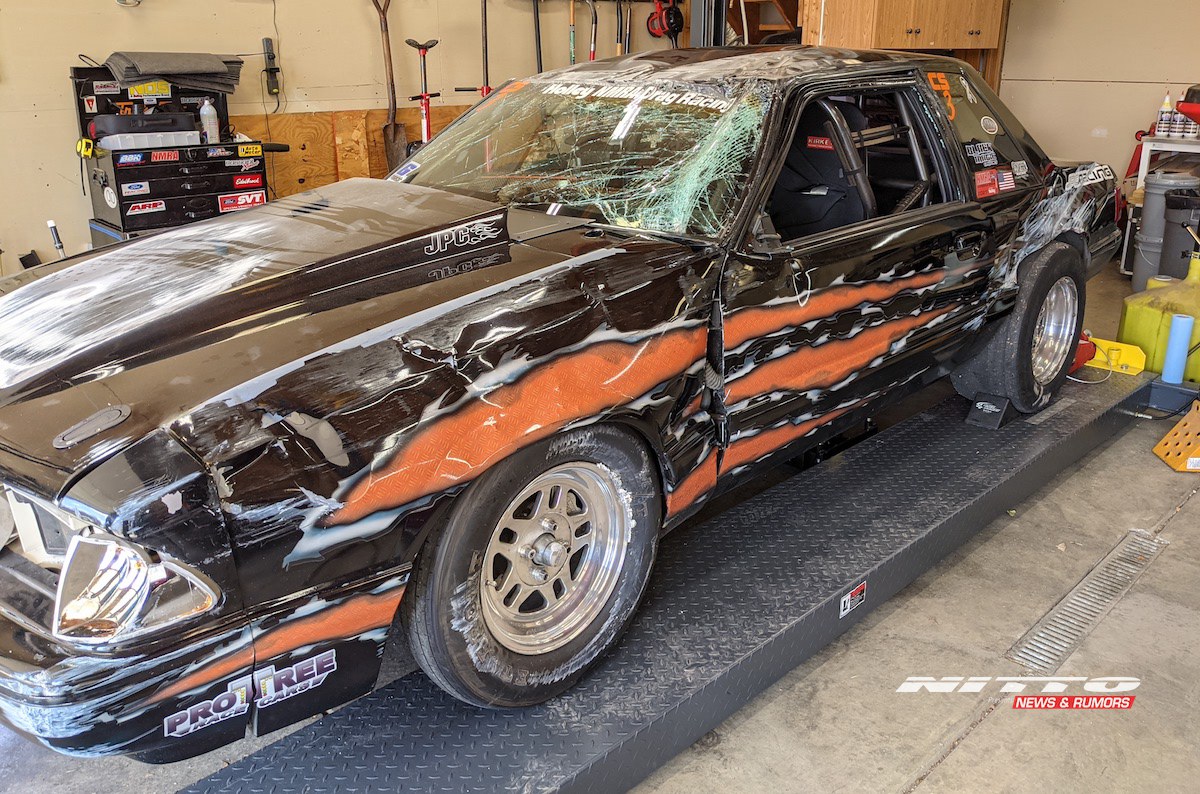 By Mary Lendzion Photos courtesy of Drew Lyons Drew Lyons has owned his Mustang for twenty-three years. It was his daily driver when he was in high school, and fifteen years ago, it became his race car. And what a race car it has been, as it helped Lyons earn championships in NMRA G-Force Racing Transmissions Coyote Stock in 2015 and 2016. That's why fans were surprised when the Indiana-based driver parked it for 2020 after accepting an offer to campaign Clair Stewart's Mustang for the year. As it turned out, he was every bit as successful in Stewart's car as he is in his own car, as he secured a third-place finish in G-Force Racing Transmissions Coyote Stock points. But this year, he climbed back into his own car, which he had given a new Gen III engine from Aronson Motorsports and backed with his tried-and-true G-Force Racing Transmissions G101A four-speed transmission. 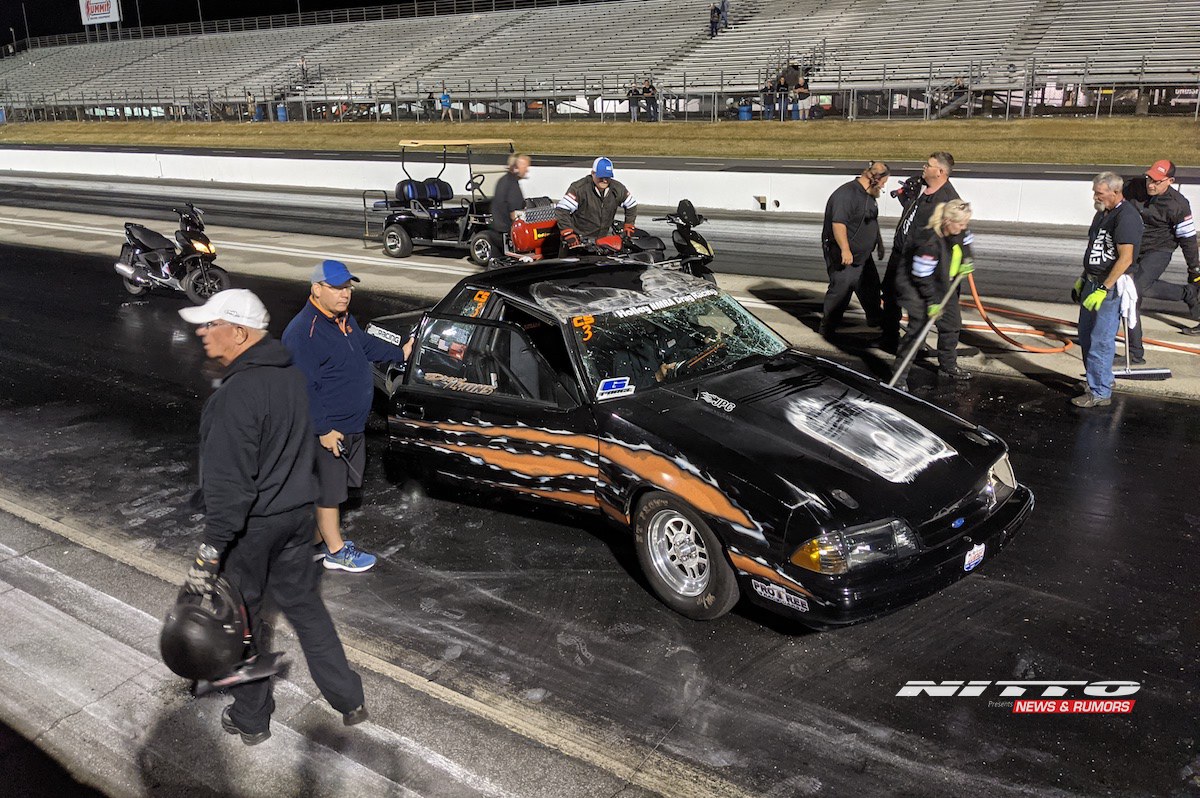 His season was off to a solid start, as he qualified in the second spot with a 9.79 and made it to the second round of eliminations at the BMR Suspension NMRA Spring Break Shootout in March at Bradenton Motorsports Park in Florida, and he qualified in the fifth spot with a 9.87 at the Scoggin Dickey Parts Center NMRA/NMCA All-Star Nationals presented by MAHLE Motorsport at Atlanta Dragway in April. He was going rounds at that event, and was in the semifinal when he ran into trouble. The car went into a violent wheelstand, and when I hit second gear, it came up harder and took a bad pivot off of the rear bumper, unloaded a rear tire and turned over onto its roof, said Lyons. To be honest, that car had done so many wheelstands through the years that I didn't really think anything of this one, until Mike Washington was pulling me out of the passenger's side of the car legs-first because the driver's side was pinned against the wall. I was not hurt, and that's a testament to the work Andy Smith of Pro Tree Race Cars did when building my cage, and to the NecksGen head and neck restraint that I wear. 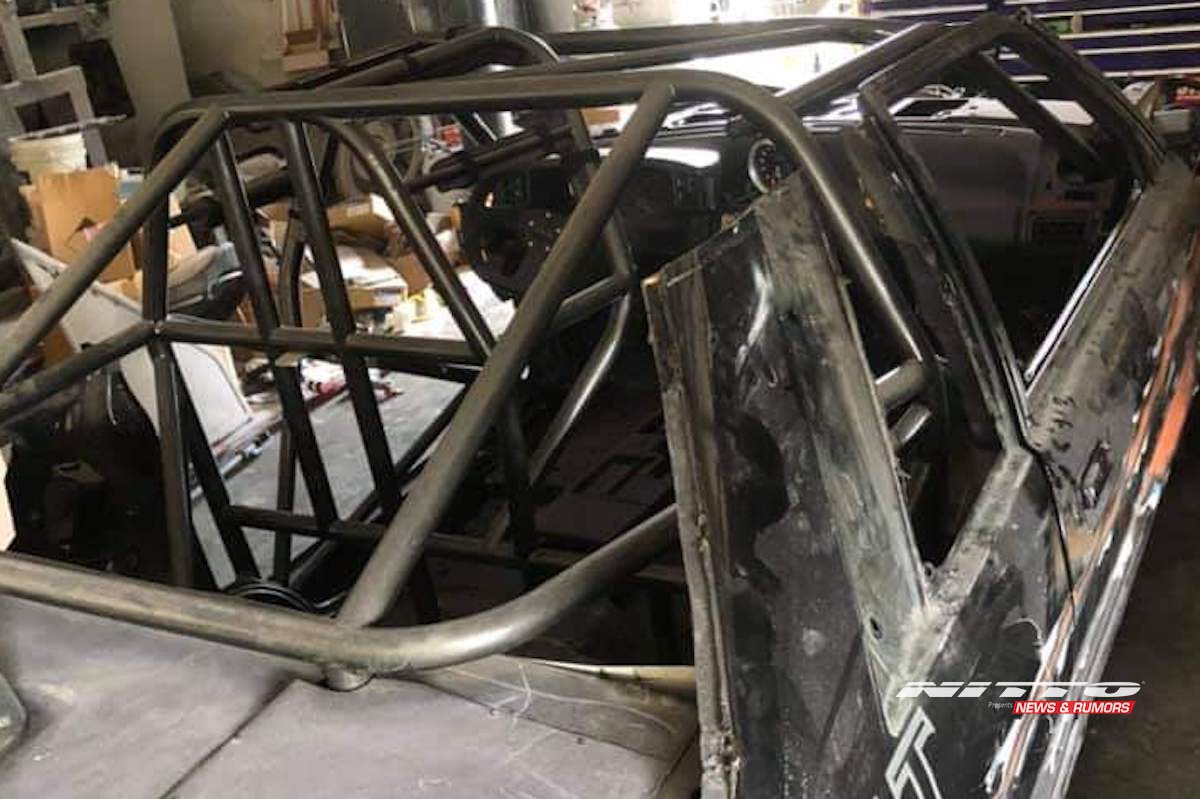 While some people suggested that Lyons scrap the damaged car, he had sentimental reasons for wanting to rebuild it, so, he put a plan in place. The crash took out a portion of the sheetmetal, as well as the glass in the car, but the cage and frame were okay, said Lyons. I dismantled the car and prepared it for Tony Thompson of Triple T Collision, and he cut the roof off. I took him a donor car that he will cut apart and pair with my car. Then, he will do the final body work and paint the car, and I will finish the interior and re-install my Team Z Motorsports suspension components. John Morgan of Morgan Performance was instrumental in helping me find replacement body panels, and Jim Wickline of H.O. Fibertrends supplied the replacement hood. With the rebuild nearing completion, Lyons hopes to be back in G-Force Racing Transmissions Coyote Stock action in time for the final NMRA event of the year, the Whipple Superchargers NMRA All-Ford World Finals presented by Competition Clutch & Holley Intergalactic Ford Festival, Sept. 30-Oct. 3 at Beech Bend Raceway Park in Bowling Green, Kentucky. I'm glad that I'll be able to continue racing the car that I have raced for so long, said Lyons. And, getting it done before the race in Bowling Green would mean a lot, since I have raced at that event every year since 2004, and I would really hate to miss it. 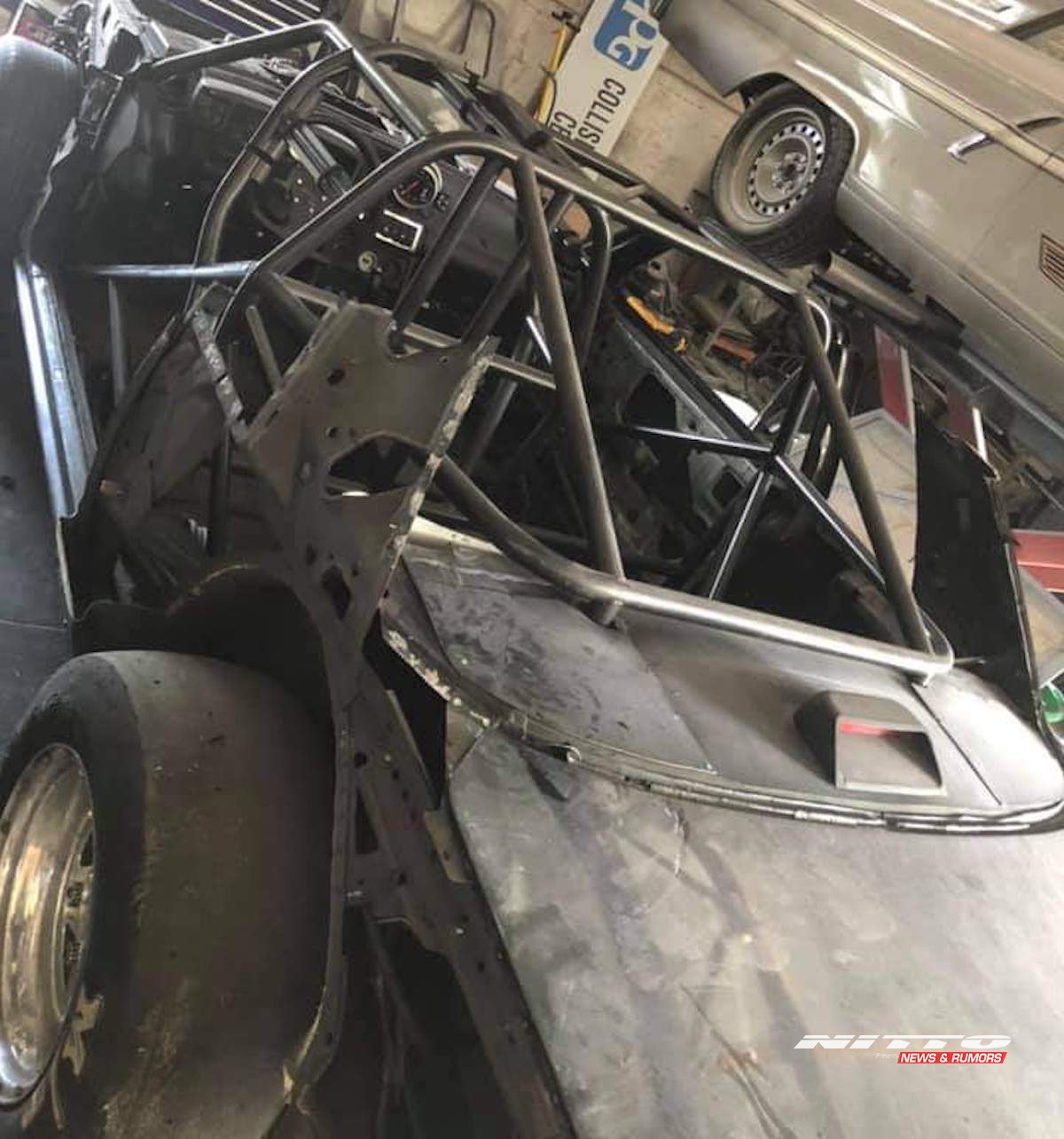