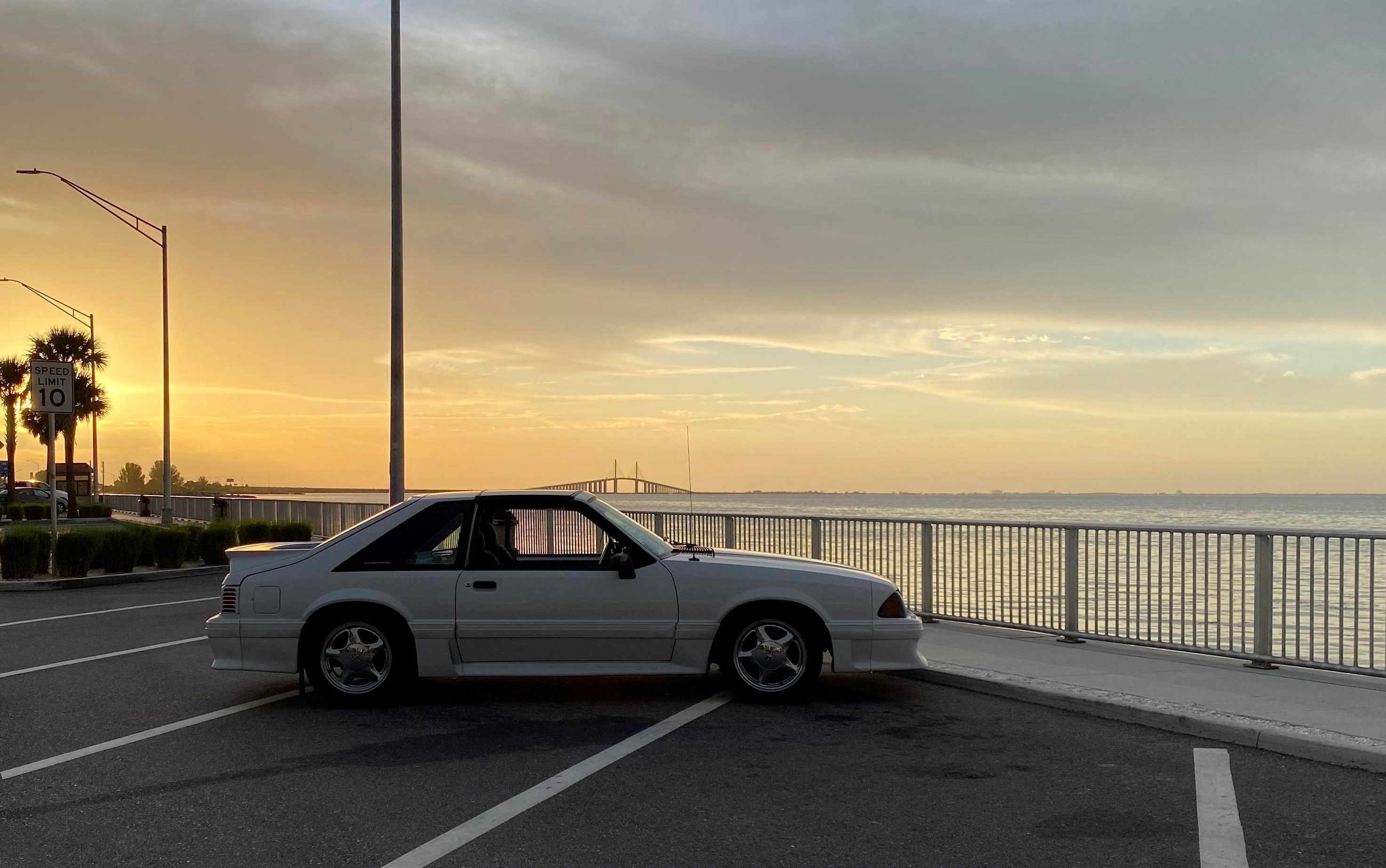 The couple that races together stays together. For Nicky “Notch” Mancuso and Amanda Pfister, the sentiment holds true and also extends to lengthy road-trips with their 1988 Ford Mustang GT.

Mancuso and Pfister got together in 2012, around the same time that Mancuso opened his own shop. Not long after, he had a customer who wanted a new engine for his fastback Fox. “He eventually decided to go in another direction,” shared Mancuso, whose girlfriend got the itch to mess with something other than her usual Hondas and imports. “So, we bought it from him and I decided to make it reliable enough for her to use as a daily driver without getting stuck anywhere.”

Focused on a period-correct build that was both simple and reliable, Mancuso opted to keep the factory chrome pony emblems, “cheese grater” tail lights, and 5-speed stick shift transmission for the rare T-top car.

The secondhand Mustang had an early-model Vortech supercharger installed when Mancuso and Pfister acquired it and the couple kept the blower on board, however, Mancuso swapped in a sentimental stock 302 ci short block. “It’s from my ’93 notchback that I lost in a storage unit fire in 2011,” he explained of how his old car’s legacy is living on in his new build. “The block has been cracked in the mains since I put it together, but ten years later we’ve never had a single problem with it.” Over the years, the two have taken their Fox body Mustang from their home in New York to many different places including Massachusetts, Illinois, New Hampshire, New Jersey, and Pennsylvania. On the ten-year anniversary of the build, and of their relationship, they drove the pony car all the way to Florida and back for a weeklong 3,000+ mile road trip adventure.

“I made the same trip back in 2004 with my ’93, so it was really cool to be in the same spot all these years later with the same engine in a different car,” added Mancuso, who averaged roughly 24 mpg on the trip and tested a new set of gears for Strange Engineering along the way. “It drives really well and we stopped at some scenic places along the way.”

Through some of the most adverse conditions that a street car can encounter – from being parked outside during the brutal Northeast winters to idling in stop-and-go traffic for hours on end – Mancuso and Pfister’s Mustang always runs well. Even with a heat index of 107°F, the Ford’s temperature gauge never flinched.

Ultimately, Mancuso and Pfister’s goal for is to take their Fox body on an even longer adventure to the West Coast with a cross-country trip and lots more memories made along the way.