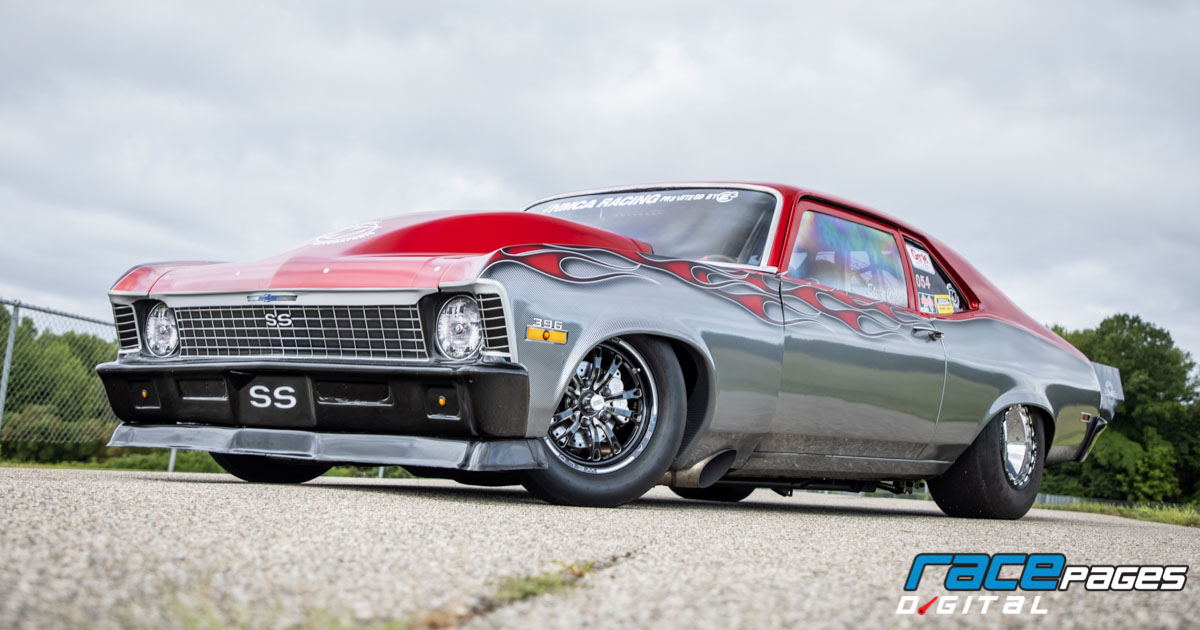 Written by Ainsley Jacobs Photography by Kevin DiOssi Certain small towns just seem to breed drag racing enthusiasts. Huntsville, Alabama, is certainly one of those towns. Growing up there, it was inevitable that Steve Cagle, now 70, would one day wind up behind the wheel with his foot to the floor. Although he wasn't around cars a whole lot early on, Cagle's older brother owned a '64 Ford Fairlane and he would go to the drag strip with him. I was interested, but never had the money to do much racing while I was in school, said the man who graduated from Auburn University in '73. Then, I got married and started having kids, and I really didn't have money for racing after that! 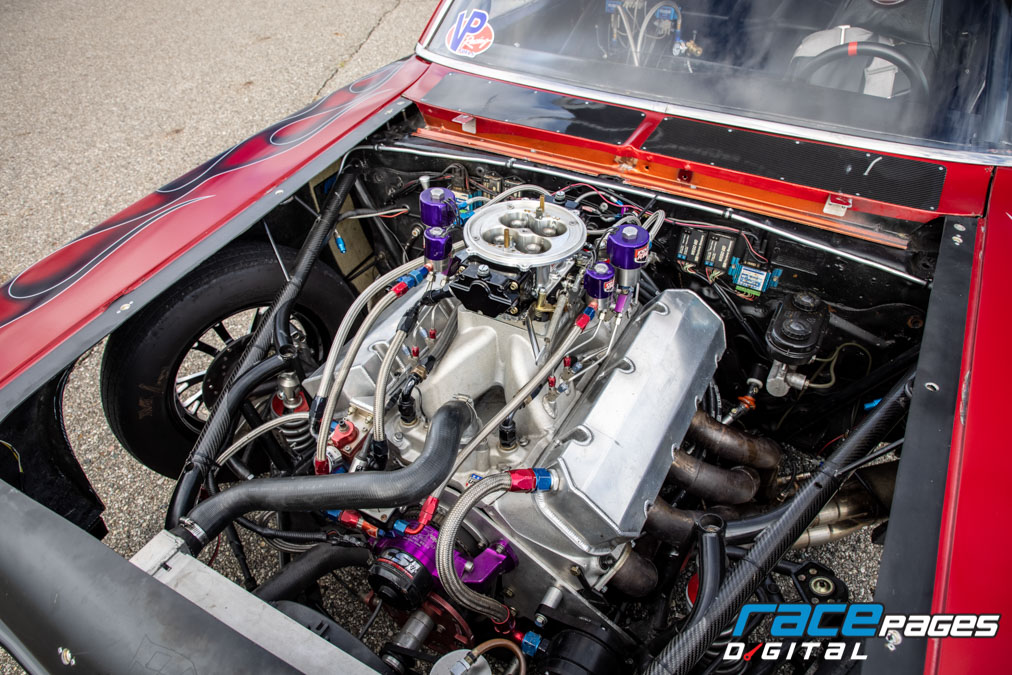 Eventually, the years flew by and before he knew it, Cagle's kids were getting older. His sons finished college and started working with him at his busines, Steve Cagle Trucking Company, which specializes in temperature-sensitive hauling for chemicals and food products. Then he finally found himself with a little bit of spare time. In ˜94, Cagle started racing his 1970 Buick Gran Sport in the NMCA. I ran it in Top Stock and Real Street, noted Cagle, who had varying degrees of success over the years in several different naturally aspirated classes. We won a championship in '96, and have been working hard to hit every race since then, but the past ten years or so it's been more of a hobby and not really about chasing points. In '00, however, Cagle purchased his current 1970 Chevy Nova from fellow racer Jimmy Jackson and got busy in the NMCA Pro Stock ranks. It wasn't a real good car when we bought itit had a mild-steel cage that seemed like someone stole a backyard swing set, laughed Cagle, who finished fifth for the season in 2002; he was eighth in '03 and fourth in '04, '05, and ˜06. 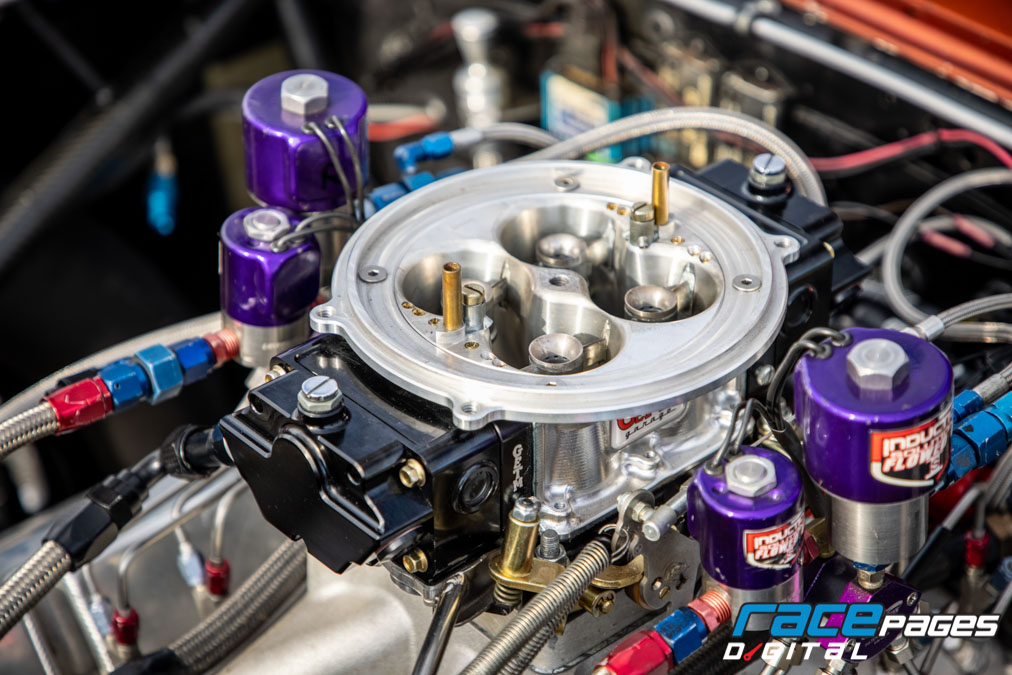 Although the car had come with a decent engine in it originally, it never was fast enough for Cagle's liking. We couldn't get it to run like we wanted, so we bounced from engine builder to engine builder over the years until 2007, shared Cagle, who hired Huntsville Engines as well as Tyree Smith at Tytech Performance, among others. It was in '07 when he set his sights on NMCA's Xtreme Street category and decided to change up his naturally aspirated combination for a nitrous setup instead. His friends and other racers kept asking him to switch to nitrous, so he figured it was time to make the change. I really didn't know anything about it, but they said they would help and I've really enjoyed it, Cagle noted of the gaseous power adder. Cagle debuted in the category that same year and by 2008, he had finished 10th in the championship points for the season. Cagle was fifth in 2009, third in 2010, ninth in 2012, sixth in 2013, and so forth. We were usually in the top 10, but haven't been competitive the past few years against the turbos and ProChargers and stuff, lamented Cagle, who has been struggling with burning up pistons and other parts in the process of producing quicker time slips. 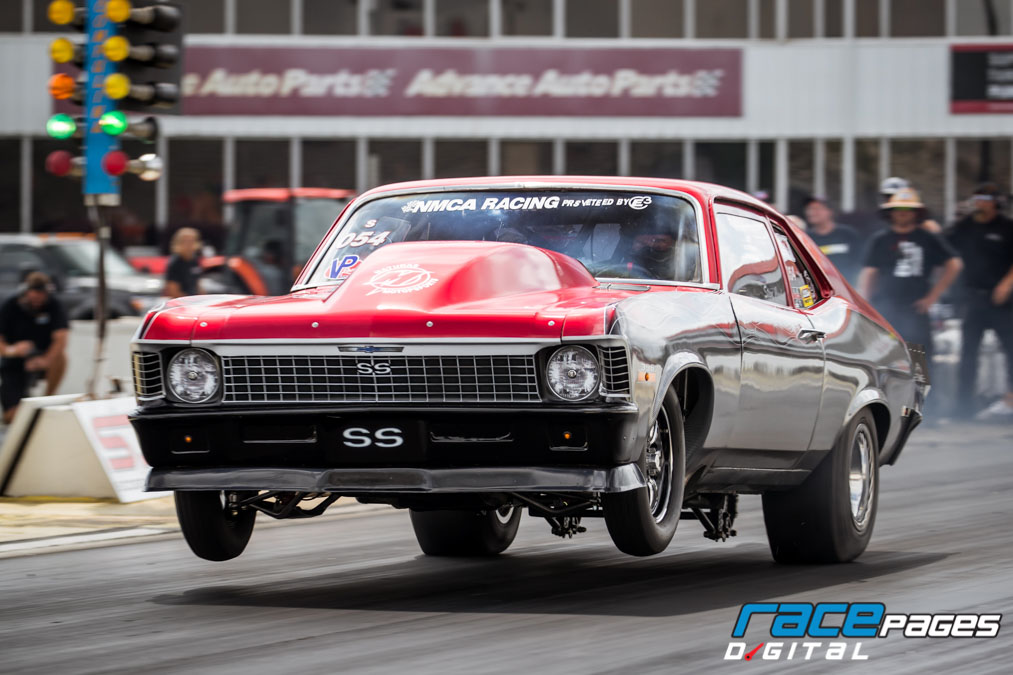 Around 2010, though, Cagle teamed up with his friend and chassis builder Steve Matukas. He took me under his wing. In 2017, he completely redid the entire car, said Cagle gratefully. The only thing left of the old car is the body, roof, side panels, and quarters. The Nova enjoyed quite a transition since Cagle first acquired it more than two decades ago, and the past five or so years have really seen it come around. In 2012, Cagle hired Tony Bischoff at BES Racing Engines to head up his program, which up until recently, consisted of a 525ci engine with a Induction Solutions direct-port nitrous oxide system and headers fabricated by Matukas. In preparation for his 2020 racing season, Cagle enlisted Matukas to swap the Nova from its former ladder-bar setup to a four-link instead in hopes of seeing an improvement on the track. The ladder bar was from our early days, and I'm still not completely sold on the four-link, stated Cagle, whose car carries a 25.1 SFI certification. 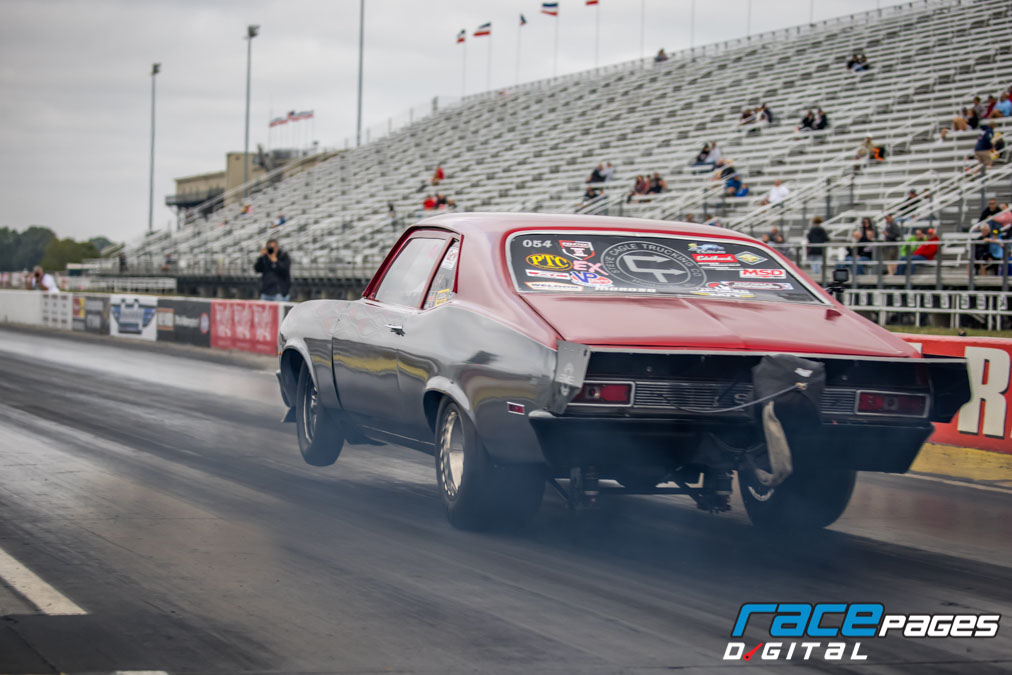 While the four-link certainly offers far more adjustability than the ladder bar did and allows Cagle to easily make changes for track conditions, he didn't see the big jump in his 60-foot times that he was hoping for. We're still in the low 1.0s, which is good, noted the man whose quickest short time has been 1.06-seconds at a weight of 2,940 pounds. We're right in that range with both the ladder bar and the four-link, now we're just able to do it more consistently. Matukas also took point on setting up the rest of the suspension system, which includes double-adjustable Santhuff shocks in the front and rear. All of the other components were hand-built by him instead of buying pre-made parts from a supplier, Cagle said of the stick-built pieces. The way he did it, it gives the car a really aggressive attitude and it sits real low to the ground with a unique stance to it. Contributing to the classic Chevy's cool appearance are body components from VFN Fiberglassthe entire front end, rear deck lid, and doors have all been replaced with lightweight versions to save more than 300 pounds of weight over the factory original steel. Instead of painting it all, though, Cagle opted to have his car wrapped locally by Huntsville's Metro Signs and Wraps. 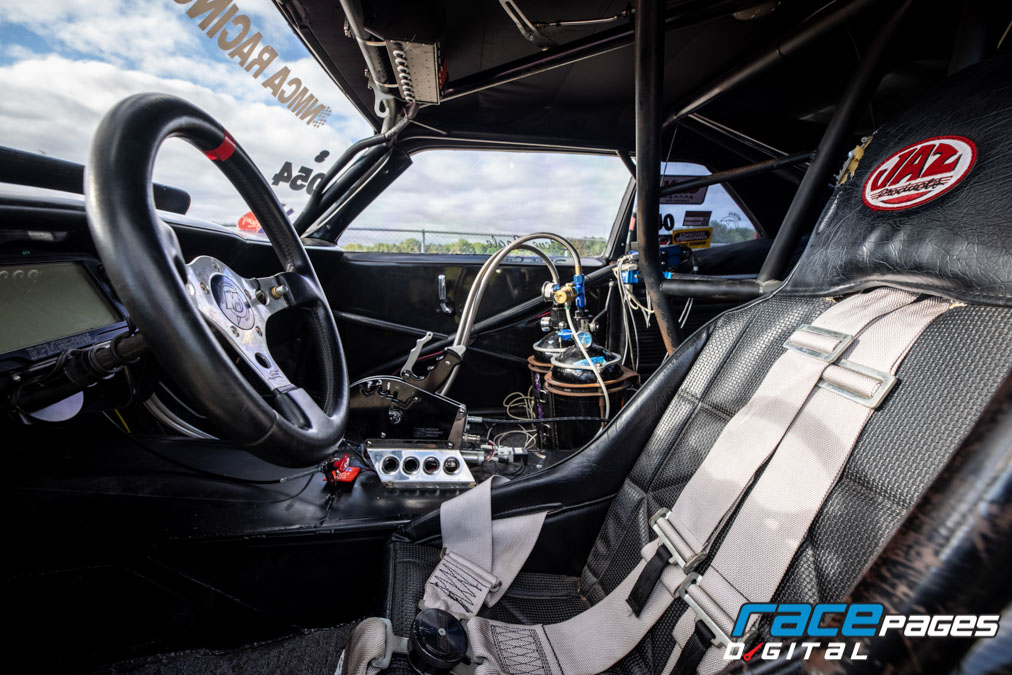 Cagle also tasked BES with building a new 582ci, big-block Chevy bullet based around a 4.600-inch bore Dark block filled with Ross pistons, GRP connecting rods, and a Callies crank. The Jesel valvetrain works harmoniously with a BES custom-ground cam, and, between the Brodix heads sits a single 4150 carburetor from Get'M Garage that flows just as much as a 4500 Dominator, according to Cagle, but allows him to take advantage of a 50-pound weight break for the smaller unit. Transferring power to the track is a Rossler three-speed transmission and PTC bolt-together torque converter. Cagle had worked with Timmy Miller of Automatic Engineering to service his transmission program for the past 15 years or so, and while the new Rossler doesn't need just yet, Cagle will continue to utilize Miller's services in the future. Finally, Aerospace Components brakes are showcased inside of a set of Weld Racing wheels that are wrapped in Mickey Thompson 275 drag radial rubber. Cagle also made one other significant change over the years, and that involved a change of classes. He went from NMCA Edelbrock Xtreme Street to VP Racing Madditives Street Outlaw in 2018, as he had previously dabbled in X275. In 2019, he was ranked eighth overall by season's end. Making the jump really only required adding a few hundred pounds of ballast to the boat and installing some larger nitrous jets. Cagle was back in Edelbrock Xtreme Street trim at the 2020 season opener in early March at Florida's Bradenton Motorsport Park. There, he qualified 13th when he ran 4.818 at 146.77 mph, but wasn't able to get around Kirt Sanders in round one of eliminations. I had to pull a few jet sizes out and put weight in the car and it upset the suspension. We tried to take power out, but it wasn't any fun, shared Cagle, who decided not to make the change a long-term one. 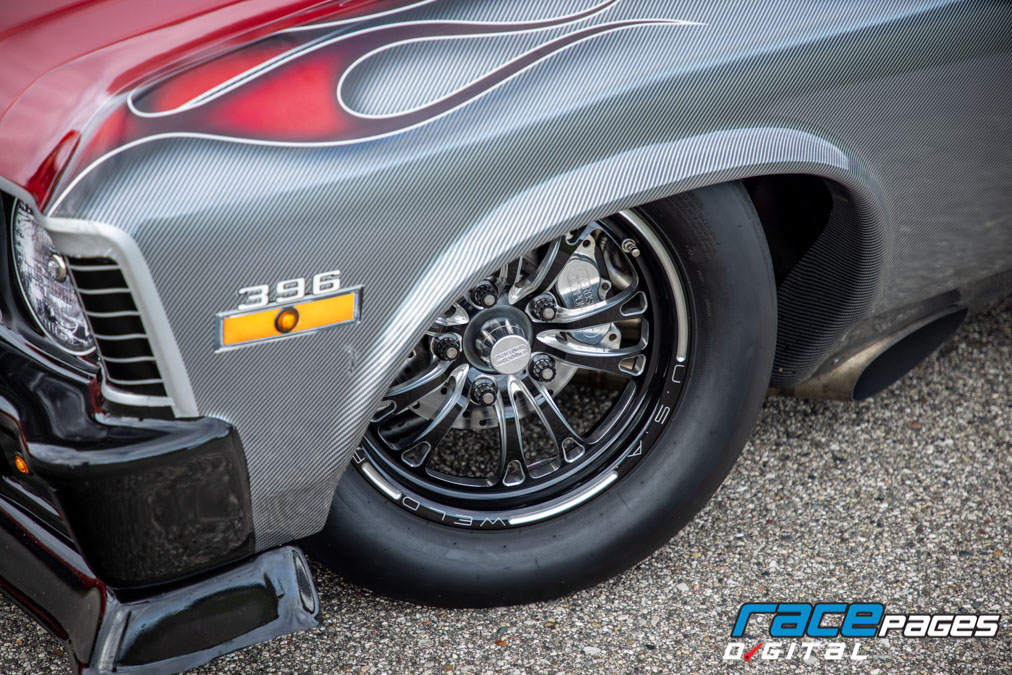 Moving forward to the NMRA/NMCA All-Star Nationals at Atlanta Dragway in late June, the qualifying sheets had Cagle categorized in the Street Outlaw field, this time going 4.490 at 158.67 mph to land solidly fifth in the field. He gave it a good shot in eliminations, but the first round saw the win light come on in Dom DiDonato's lane instead of Cagle's own. Cagle continued with NMCA VP Racing Madditives Street Outlaw for the NMRA/NMCA Super Bowl of Street Legal Drag Racing event at World Wide Technology Raceway in St. Louis, but his Nova didn't cooperate and mechanical trouble took him out of the game as an unexpected nitrous explosion tore up quite a bit of the car. I've been doing this for 14 years, and we've never had a nitrous explosion, admitted Cagle, who had two in one year as the car also burped while he was racing it at Radial Fest at Huntsville Dragway. It burned up a few pistons and set the hood on fire, it made a huge mess! 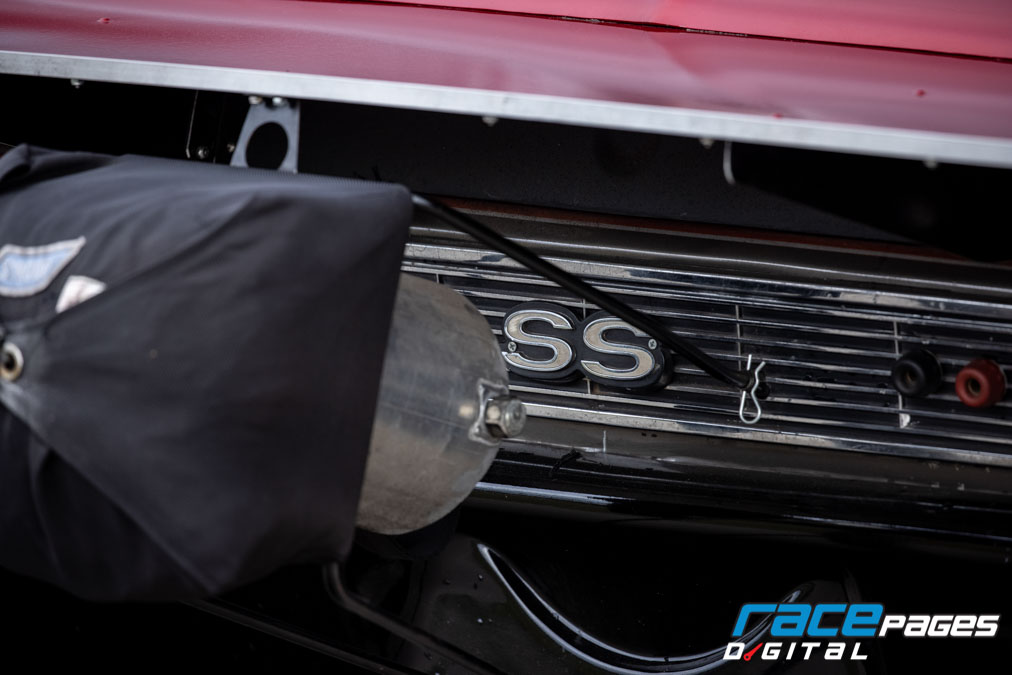 At US 131 Motorsports Park in Martin, Michigan, Cagle went 4.576 at 156.25 mph and qualified seventh in Street Outlaw at the NMRA/NMCA All-American Nationals, but once again was not able to advance past the first eliminations pairing. Overall, we didn't do well at all, said the man bluntly. We worked through all the tuning problems and suspension issues, but were burning parts up and couldn't get it together all year. Other than his NMCA outings, Cagle also raced at a few other radial-tire events in Bowling Green, Kentucky, and Holley Springs, Mississippi. We also did some grudge stuff and it's fun. You don't know what time anyone runs and the tracks aren't prepped real well, but it's fun to pick up some money on the side, proclaimed the driver who prefers traditional class racing as it's more organized and typically employs better safety procedures. We're building a new engine for our 2021 season that'll be bigger since we couldn't get the weight down in the car and just decided to go larger there instead, reasoned Cagle, who will be sporting a fresh 632ci bullet for his next racing season. He knows he may have to show up to the first event with no prior testing, but isn't letting that stop him. It's going to be a lot of work and we'll be pulling some all-nighters like everyone else, that's for sure! 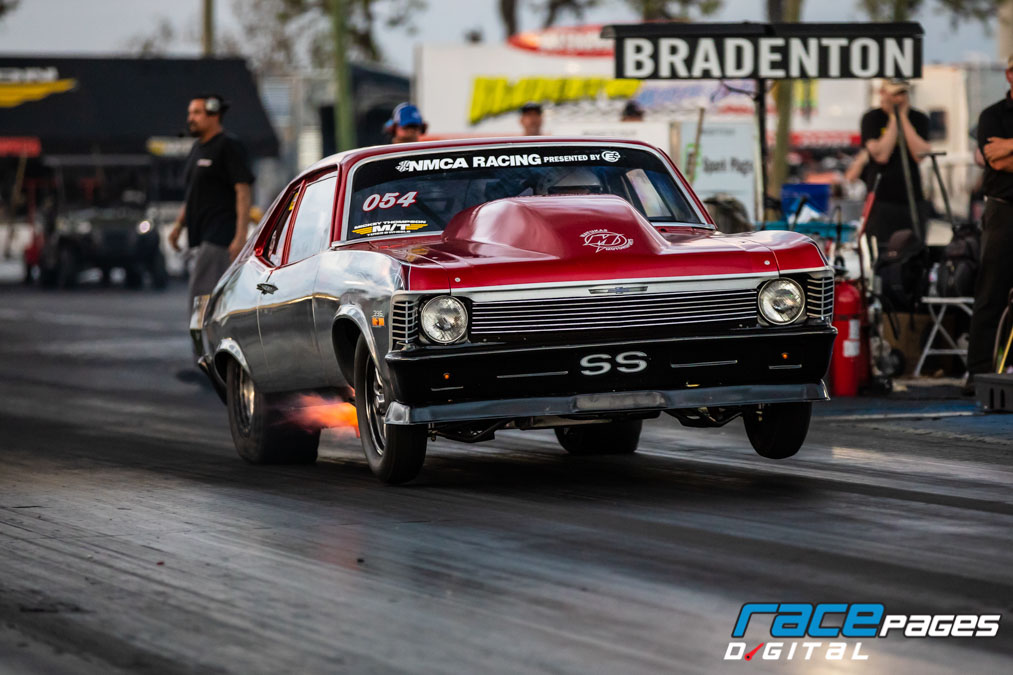 In the interim, other off-season changes for Cagle's Nova include readjusting its fenders, hood, and doors from the damage done during the nitrous explosions as bracketry and frames were bent in the blasts. Ironically, even though he's commissioned a new powerplant to be built, Cagle will still continue with his nitrous setup, although he would probably pick a boosted platform if he was able to go back and do it all over. I'm just sticking with the nitrous because that's what I've got. I'm too old to change it now, he elaborated. I'm just going out and having a good time and trying to win a few races. That attitude of enjoying the moment and being grateful for the people that enable him to enjoy racing later in life are what help keep Cagle motivated even when things aren't quite going his way. My wife, Leslie, puts up with me and has been to every race for the past 15 years, said the man of his crew chief and spouse of nearly 50 years. Their children, too, are a source of pride for the parents and Cagle loves that he has been able to provide a strong and secure life for Walker, William, and Lindsay, as well as his six beautiful grandchildren. Cagle plans to keep racing for a few more years, then expects he'll likely have to retire from the driver's seat. Until then, though, he plans to go to as many events as he possibly can and hopefully pick up a win or two while finishing out his season in the top ten. We'll see how this new engine performs. I know I've got a good car. I just need the motor and tune-up to be competitive, he added. After all the changes in 2020 from Covid-19, hopefully 2021 settles down and we can have a consistent season with a lot of great memories in the making. 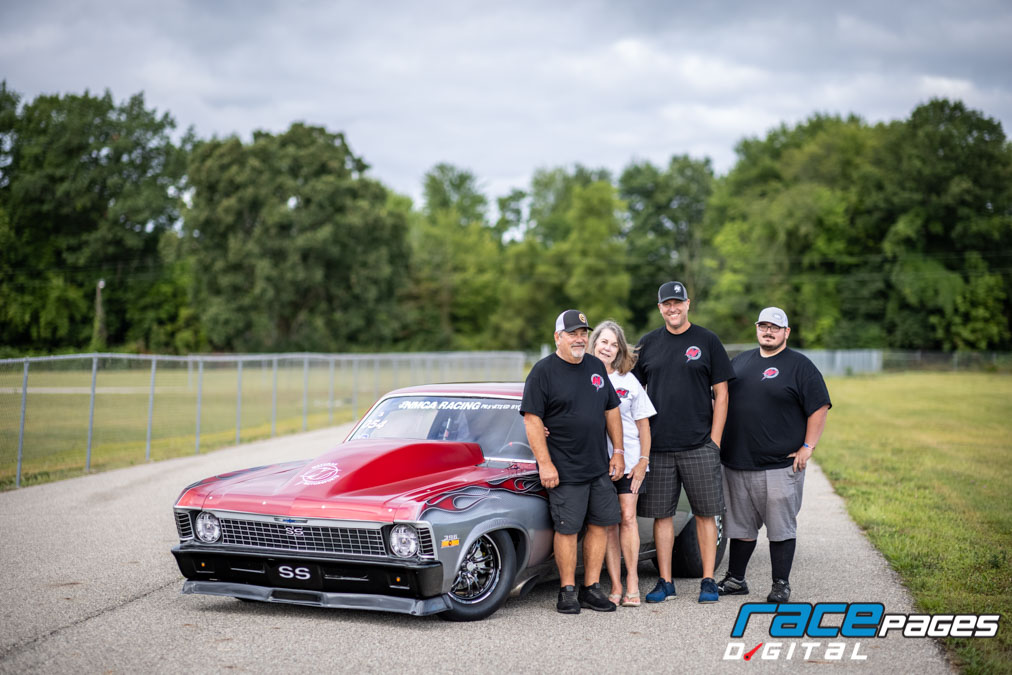