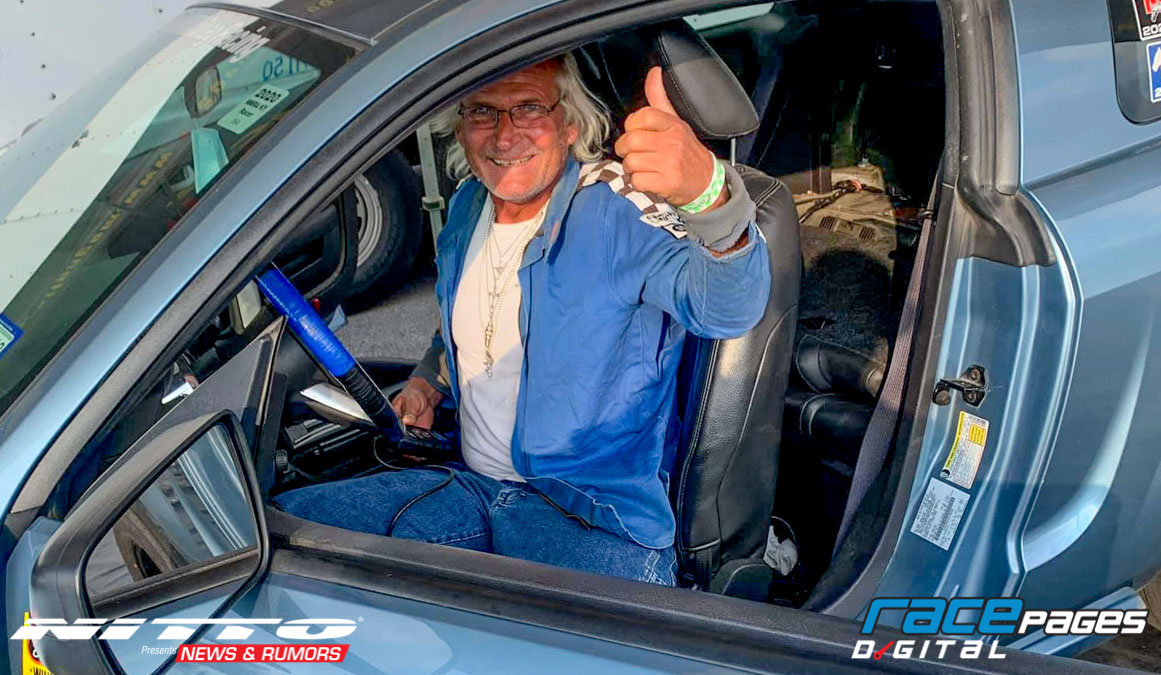 Photo courtesy of Joe Cram Most people think teenagers are irresponsible and untrustworthy and would never consider handing over the keys to their 11-second, race-winning racecar¦ but Maci Belcher and Del Holbrook aren't average teenagersand Lloyd Mikeska definitely isn't the average car owner. Lloyd, who has been racing with the NMRA since 2009, has campaigned his Ford Mustangs in various classes over the years, ranging from Ford Muscle to Mod Muscle and Super Stang. Early in his career, one of his friends lent him a car to race at an event at Atco Dragway in New Jersey, and the generosity stuck with the man. Now, he's paying it forward and doing the same by loaning out his cars to bring the next generation of drivers into the sport of drag racing. 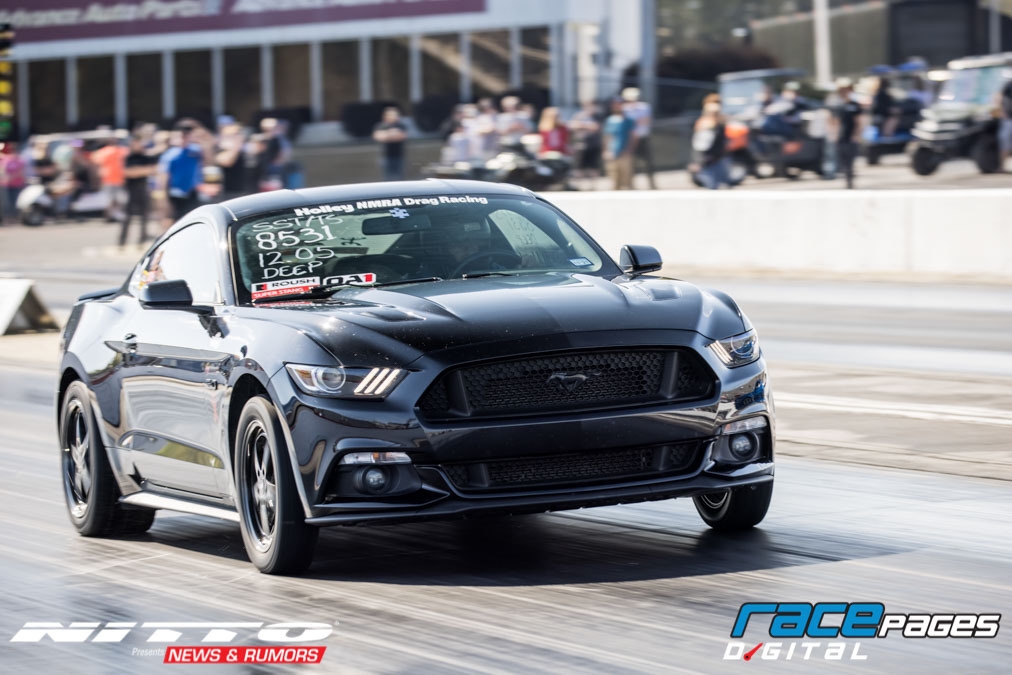 Lloyd Mikeska Before his NMRA days, though, Lloyd was running in the Fun Ford Weekend series in the early ˜00s. He was out at an event at Houston Raceway in his home state of Texas and was having clutch trouble with his stick-shift, '05 Mustang. I met Joe Cram, and he did a clutch install for me. He discovered I was pretty good at bracket racing, we started going to the track together, and he hasn't been able to get rid of me ever since! laughed Lloyd, who is always in good spirits. Over the years, Lloyd earned many wins in every category that entered, as well as multiple top-ten championship points finishes. Countless laps and number-one qualifying honors thanks to his killer reaction times have proven that the cars Lloyd builds are not only consistent, they are also competitive. 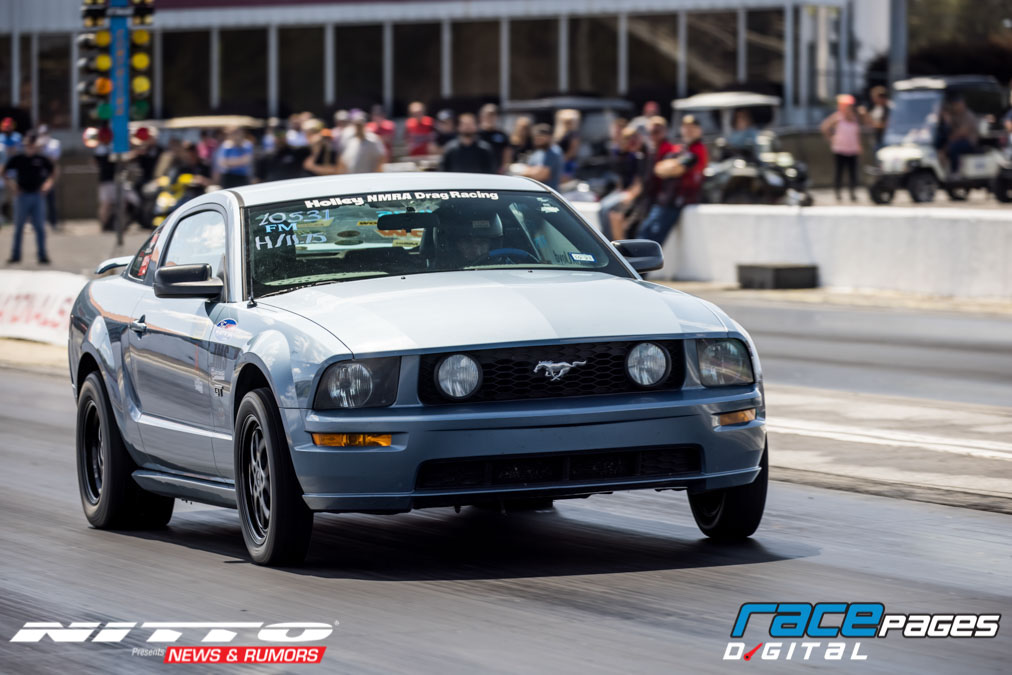 Lloyd Mikeska Lloyd has a history of loaning his car to people that want to learn to drag race, shared Joe, proud to call Mikeska his good friend. He loaned my wife, Becki, his blue '06 Mustang five years ago so she could learn to race in Modular Muscle while we were still building hers. That selfless attitude just kept right on going, as Lloyd continued to help the next generation of the Cram family. I thought it would be a good idea to bring some young blood into the sport, said the generous man. If people look and see that a 17-year-old kid can jump in and win, maybe they'll realize that they can, too, and more people will want to come to the races. When Becki's daughter, Maci, turned 16 and wanted to drive, Lloyd jumped at the opportunity to assist. He loaned her his black '16 Mustang that he runs in Super Stang so that Maci could run in True Street, and she got her first NMRA win in the 12.00 class this year in Florida, boasted Joe, proud of both his friend's amazing gift as well as his daughter's success at the 2021 NMRA season opener. 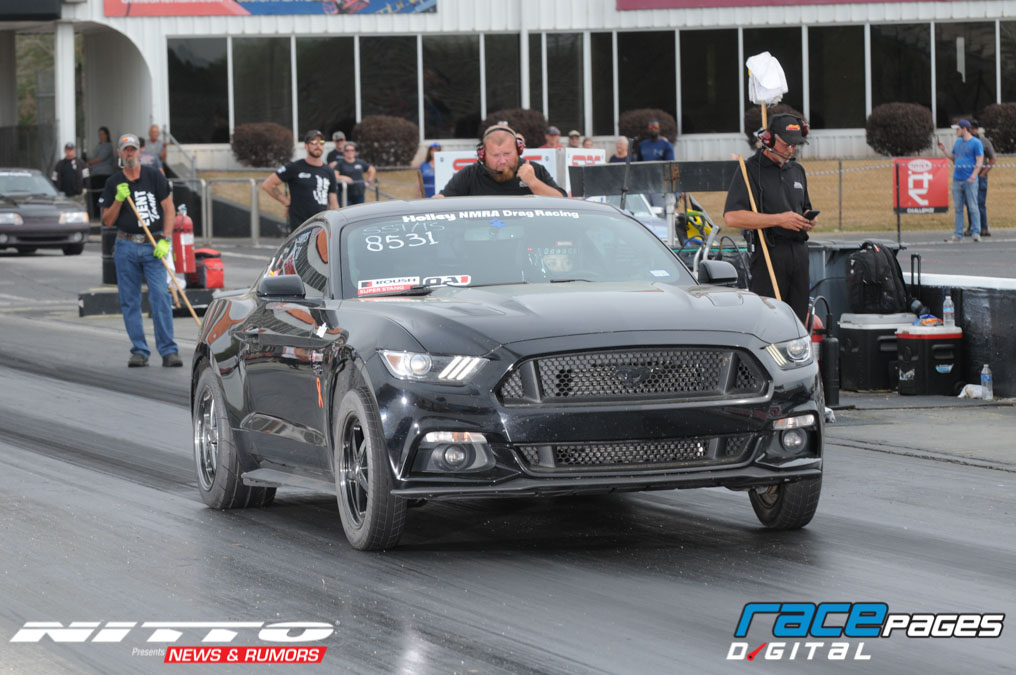 Maci Belcher At the next race in Atlanta, Lloyd let Maci have her fun with his 2016 Mustang yet again so that she could keep racing. His incredible altruism never once waivered, and, at the third stop of the NMRA tour in St. Louis, Missouri, Mikeska went one step furtherhe not only loaned Maci his car again, but he also loaned his second car to her boyfriend, Del Holbrook, so he could also join in on the fun. Del, the 18-year-old son of the Cram's engine builder, Chris Holbrook of Holbrook Racing Engines, had been around cars his entire life, but wanted to get his feet wet, too, and Lloyd never hesitated to make it happen. In St. Louis, Lloyd loaned both his cars to Maci and Del so they could race in True Street together, and Del wound up winning the 12-second group, Joe said excitedly. That's a lot of trust and generosity right there. Lloyd has got an amazingly big heart. Lloyd himself was just as thrilled to watch the young couple compete, adding that he thinks It was cool watching them side-by-side, and seeing Maci tree Del every time. As if Lloyd's kindness wasn't already impressive enough, it's made even more so by the fact that Lloyd himself is still driving both of his cars at the NMRA events as well, essentially hotlapping them so that everyone can get their turn behind the wheel. He qualified both and then handed them over to the kids to run in True Street, explained Joe. After they got done with them, Lloyd went and ran his classes. The kids even made sure to wash the cars before True Street, and then it rained, so they washed the blue '06 again after so Del could get his winner's circle photo. 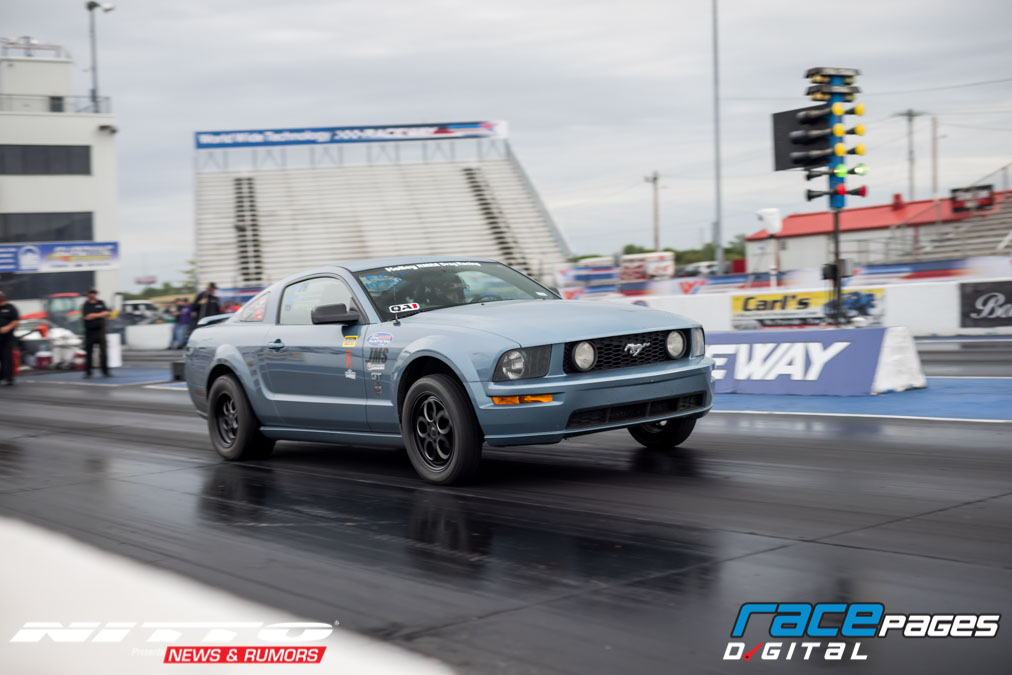 Del Holbrook The ability to put so many passes on two cars in such a short time is a true testament to Lloyd's skill as a builder.Â Both cars are powered by internally stock engines, but his blue 2006 model has a Saleen supercharger on board for a little extra kick. A BMR Suspension front K-member, Ford Racing front struts, and QA1 shocks in the rear along with a transmission that's been upgraded with Exedy parts and a Circle D torque converter round out the mild build of the S197. For the black 2016, Lloyd has again chosen a torque converter from Circle D, and Joe gave him a 2018 Mustang intake manifold that's been swapped in place. Llyod has also upgraded the S550 with a JLT Performance cold air intake and MagnaFlow cat-back exhaust. Similarly, both Mustangs also run Mickey Thompson 275 drag radial tires at the track and JMS Products wheelsa 15-inch set for the S197 and a 17-inch set for his S550. What do I care if something breaks I've got another car sitting around that I can take parts off, and this pays off for them, Lloyd said casually. I'm grateful for everyone that's given me help over the years, and I want to do the same for others. He thanks people such as Jason Henson and his fiancÃ©e, Gretchen, as well as Joe and Becki cram, and his sister, Ruth Ann Lampson, among so many others. Both of the cars are really safe, so I feel comfortable sharing them. I know they'll dead hook in mud, so I'm not worried about them spinning or anything like that, joked the man who drives both of his street cars to the track thanks to help from sister and simply swaps out the tires to prepare for a race. Drag racing is starting to fade away, so we've got to get teenagers interested again and these kids have to learn somewhere. Lloyd's incredible giftsboth of the physical cars themselves as well as the memories and experiences that he enablesembody sportsmanship at its finest. His love for the sport of drag racing is almost as strong as his love of helping the next generation of drivers to learn the ropes and get their first wins, is truly inspiring.
Becki Cram