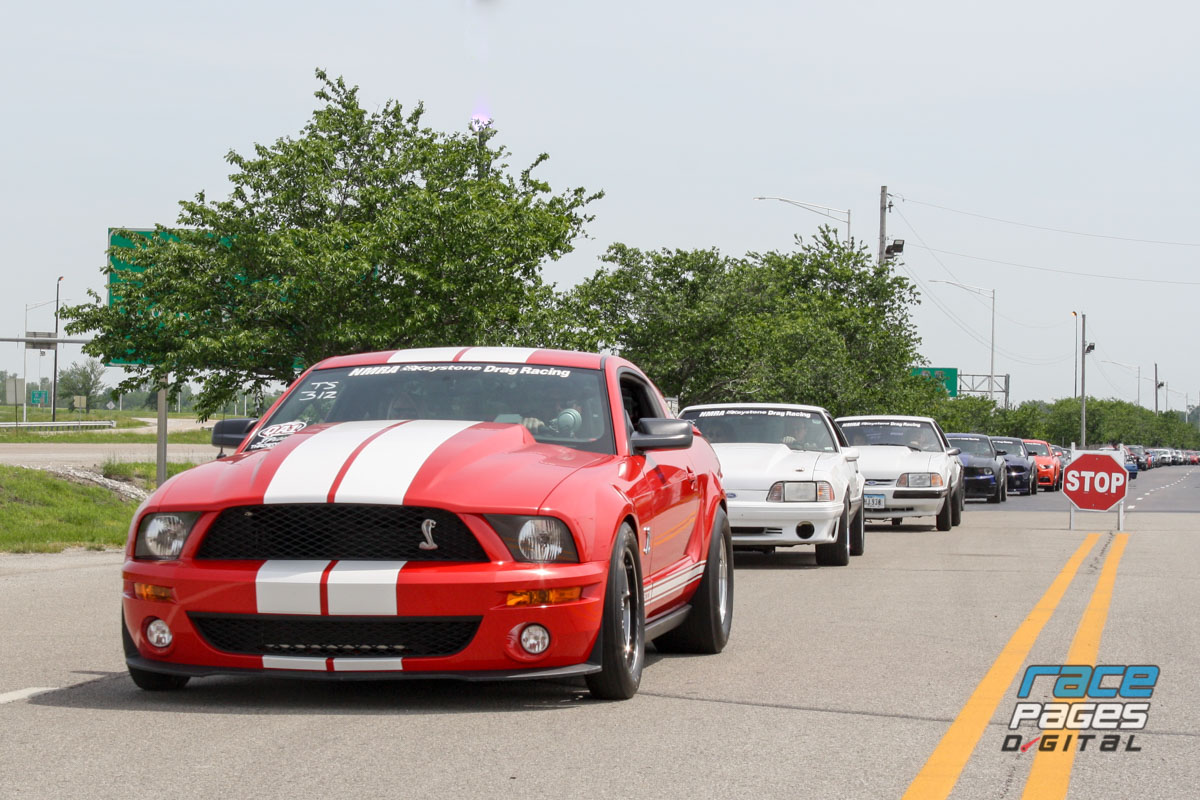 Written by Derek Putnam More than 50 drivers arrived at World Wide Technology Raceway at Gateway to participate in the QA1 True Street class, and the street test would be a combination of road and track, as drivers pounded the streets of Madison, Illinois before returning to the track and making laps on the famed oval. When the drag strips runs were complete and the results tabulated, Randy Thomas from Paducah, Kentucky, and his 2010 Shelby Mustang stood atop the field courtesy of an impressive 8.60 average to score the coveted Edelbrock Victor trophy. Troy Eaton was the runner-up thanks to a 9.95 average, Bill Unkel scored the 9-second hardware with a 9.75, a near-perfect 10.001 average meant the 10-second title went to Rick Baun, and Trevor Thome picked up the 11-second hardware. Mike Baker was the 12-second winner, Robert Conwell earned the 13-second plaque, the best of the 14-second group was Eddie Schoenfeld, and Mason Blosser rounded out the winners with the 15-second title. The top sixteen averages from Saturdays QA1 True Street competition were eligible to enter the first-ever Stifflers Chassis and Suspension Gateway Rumble class. The focus turned from averages in True Street to a heads-up, first-to-the-finish-line mentality, and top qualifier Randy Thomas made his way to the final round to match up with number two qualifier Troy Eaton and his turbocharged 89 Mustang. The pair of Kentucky racers staged up, and at the green Thomas took a sizeable holeshot when Eaton wasnt able to build enough turbo boost. Thomas crossed the finish line first in his 2010 Shelby, but his 8.43 pass proved too quick for his NHRA safety limit of 8.50, and the resulting disqualification gave the win to Harrodsburg, Kentuckys Eaton, who clocked a 9.07 at 160 mph blast.