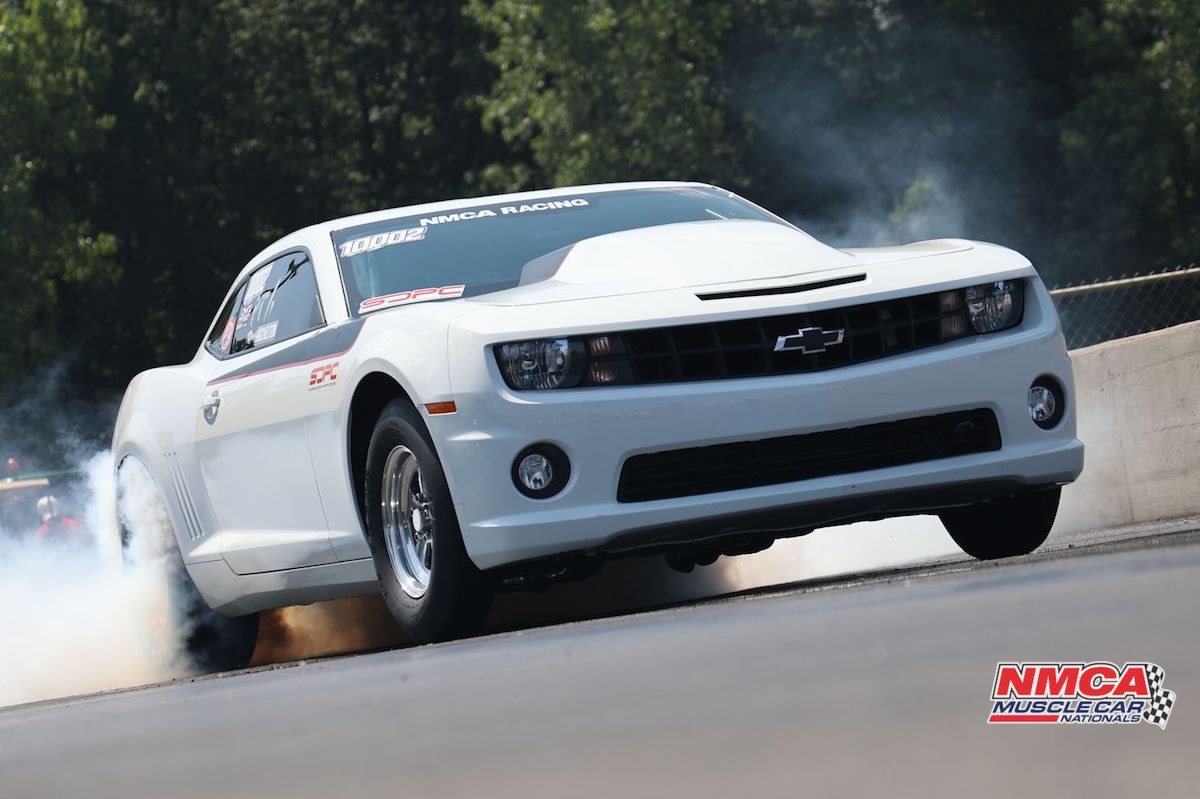 By Mary Lendzion Upon retiring from farming after forty-eight years, Ronnie Hackelton decided to go racing. He did it for the camaraderie, but as it turned out, he was quite competitive, and he earned a Chevrolet Performance Stock championship in the Chevrolet Performance Challenge Series in 2021. Since then, he has been committed to performing at peak levels in NMCA Chevrolet Performance Stock presented by Scoggin Dickey Parts Center in his Camaro powered by a DR525 engine, and he proved that in 2021. Hackelton, who hails from Hazen, Arkansas, led qualifying with a 9.86 and finished as the runner-up with a 9.92 at the Whipple Superchargers NMCA Muscle Car Mayhem presented by Holbrook Racing Engines in March at Bradenton Motorsports Park in Florida. He led qualifying again, this time with a 9.93, and earned his very first win in the category with a 9.93 at the Scoggin Dickey Parts Center NMRA/NMCA All-Star Nationals presented by MAHLE Motorsport in April at Atlanta Dragway. Getting my first win was a highlight, said Hackelton. It had been a long time coming. He set the pace in qualifying with a 9.83, backed up his win with a 9.91 and set the category's elapsed time record with a 9.839 at the NMRA/NMCA Super Bowl of Street-Legal Drag Racing presented by HPJ Performance in May at World Wide Technology Raceway in Illinois. I had my daughter, Christi, there helping, as well as my granddaughter, Haley, great-granddaughter, Elena, and my wife, Paula, and in addition to setting the ET record and winning the race, I got a Super Bowl Ring, which was the best of all, said Hackelton. What a day. 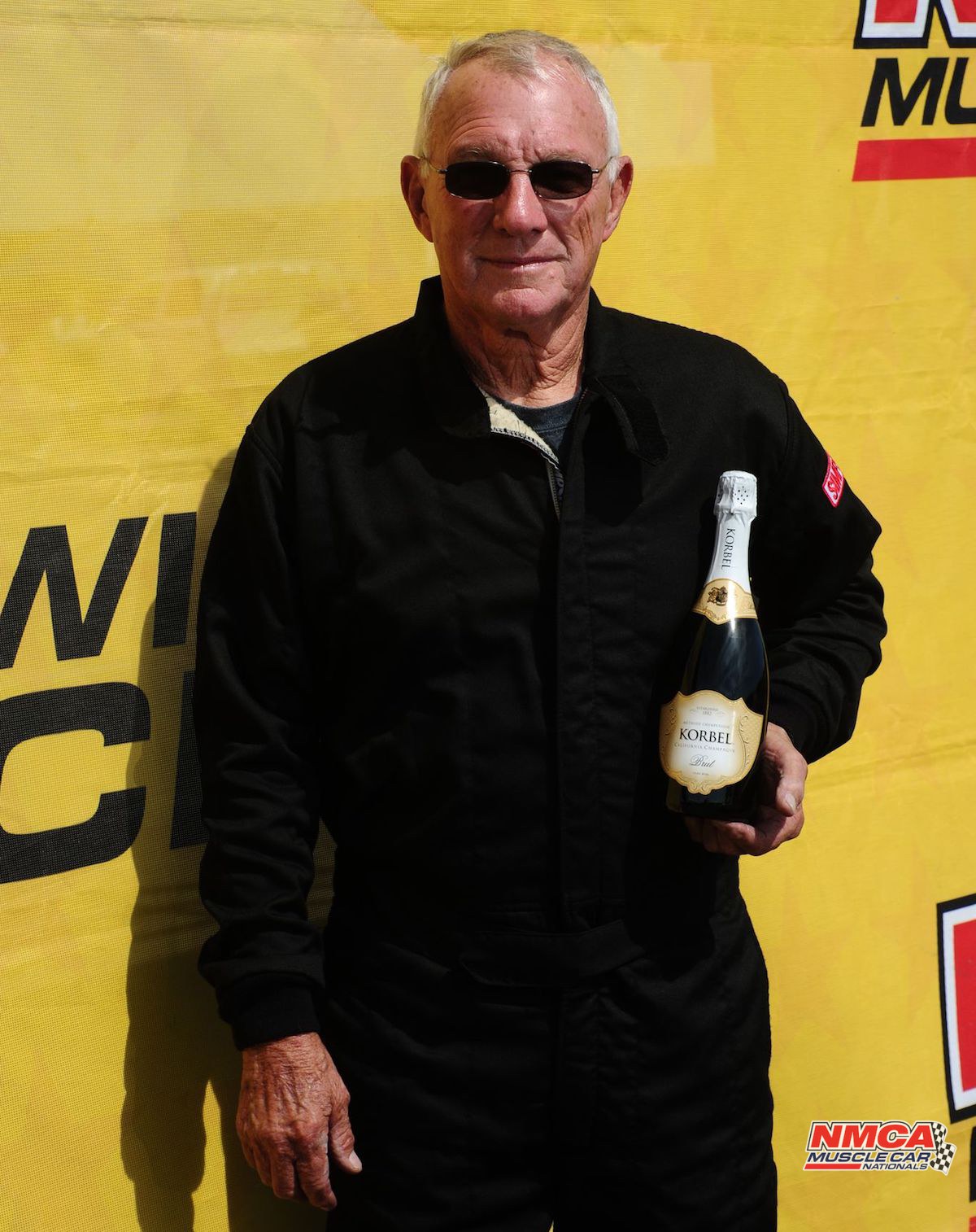 Unfortunately, upon arriving home from that race, Hackelton discovered that something was wrong with his engine, and he purchased a new one from Scoggin Dickey Parts Center, and it arrived about a week before the Inaugural Arrington Performance NMRA/NMCA Power Festival presented by Force Engineering in July at U.S. 131 Motorsports Park in Michigan. There, he qualified in the third spot with a 10.04 and finished as the runner-up with a 10.04, despite the extra time it took to dial in his new DR525 engine. Hackelton then headed to the NMCA All-American Nationals in August at Summit Motorsports Park in Ohio, where he set the pace in qualifying with a 9.98 and won with a 10.01. With his eye on the prize, he led qualifying with a 9.84 at the 20th Annual NMCA World Street Finals presented by Chevrolet Performance in September at Lucas Oil Raceway in Indiana, and despite turning on the red light in the second round of eliminations, he captured the coveted 2021 Chevrolet Performance Stock presented by Scoggin Dickey Parts Center championship. The last race was a trying time for me as I had a pinched nerve in my spine, but I had the help of family and great friends, Robert and Bobbie Strong, at the race, said Hackelton. I worked harder than ever at my driving and keeping the car performing. I want to give a special thanks to Gene Rogers for all he does for me. Hackelton will be recognized at the NMCA Muscle Car Nationals Champions Ceremony, which will be held during the PRI Show on Dec. 10 at the Indiana Convention Center in Indianapolis, and in the upcoming Champions Issue of Fastest Street Car Magazine. This was my last year to drive, and to go out winning the championship is special, said Hackelton, who added that he's now going to focus on crewing for his granddaughter, Haley Burkhammer, who recently had a baby and returned to racing late in 2021." 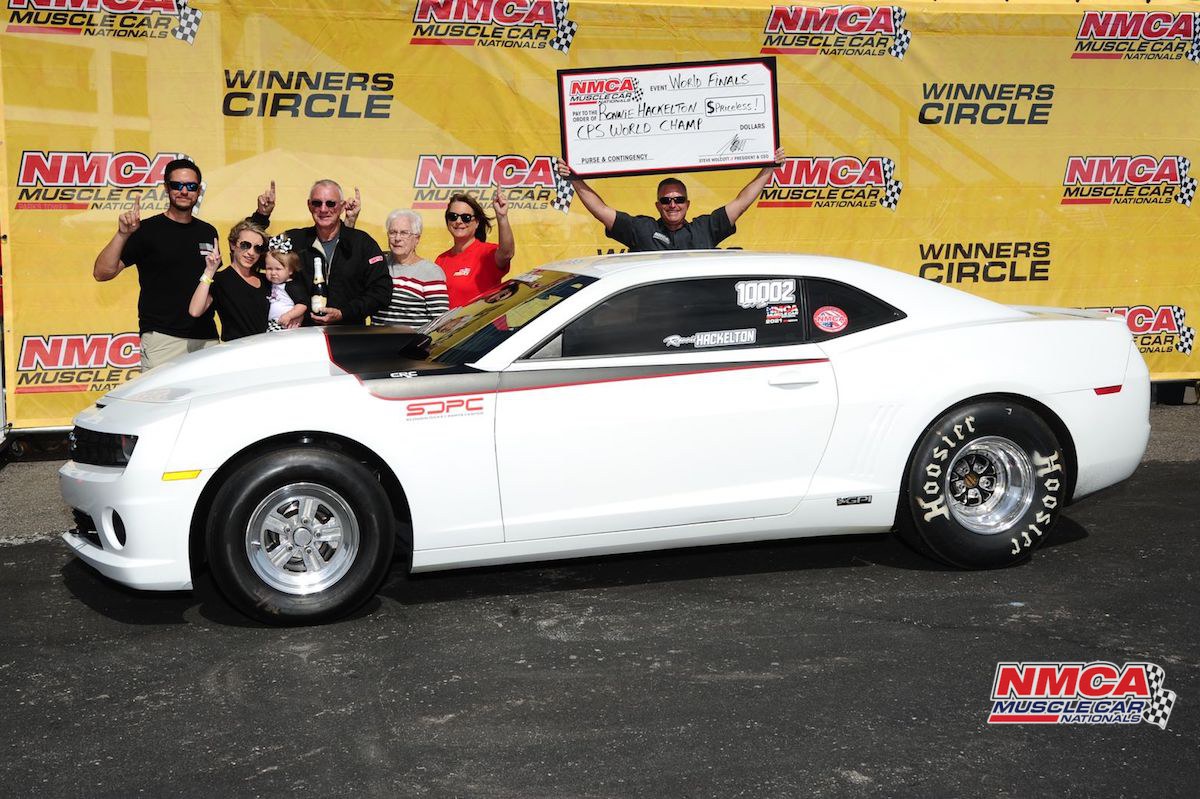