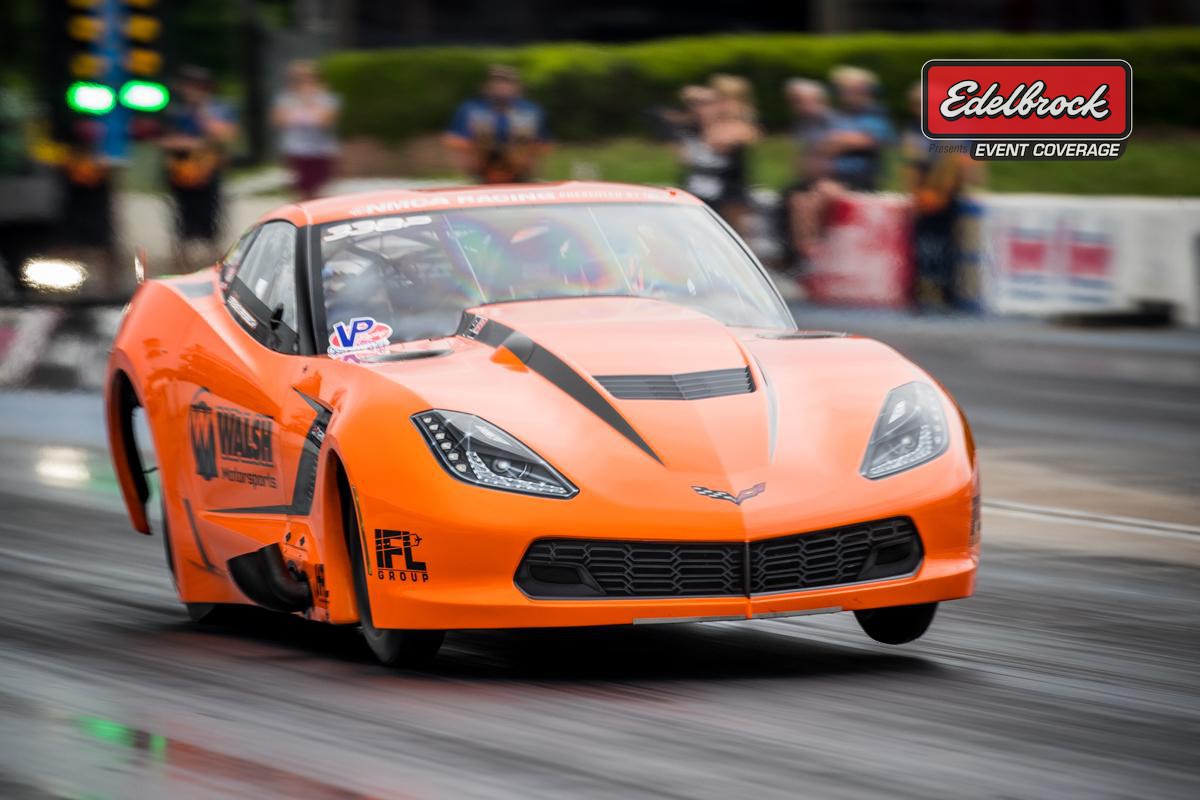 There were two rounds of qualifying during Fridays running of the Inaugural Comp Cams NMCA Memphis Homecoming at Memphis International Raceway, and as always, racers proved that they were ready, willing and able to put down massive amounts of power. Among them was Don Walsh Jr., who wheeled his Corvette to an incredible 3.70 to set the pace in VP Racing Fuels Xtreme Pro Mod, and Bill Skillman, who sailed to a 7.85 to set the pace in Holley EFI Factory Super Cars. Other drivers who had the lead after two rounds of qualifying in their categories were Don Baskin with a 4.56 in ARP Nitrous Pro Street, Rich Nye with a 7.81 in FST Carburetors NA 10.5, Steve Wilson with a 10.50 on a 10.50 in Detroit Truetrac Nostalgia Muscle Car, Miles Reese-Neighbor with a .009 in MagnaFuel Open Comp, Doug Duell with a 10.35 on an 11.70 in Coan Stock/Super Stock, TD Holland with a 10.00 on a 10.00 in Quick Fuel Technology Nostalgia Super Stock, Joel Greathouse with a 4.66 in Edelbrock Xtreme Street and Rob Goss with a 4.30 in Mickey Thompson Street Outlaw. For hot off the press qualifying results, clickÂ HERE 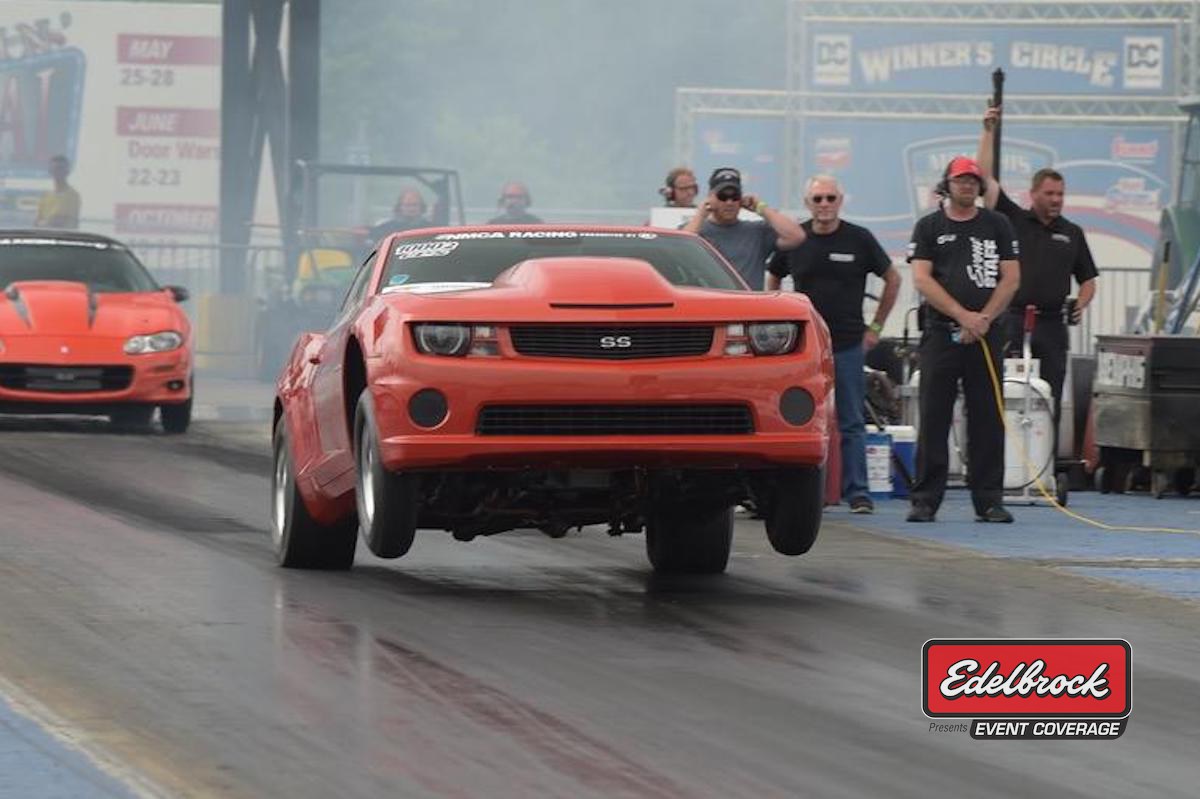 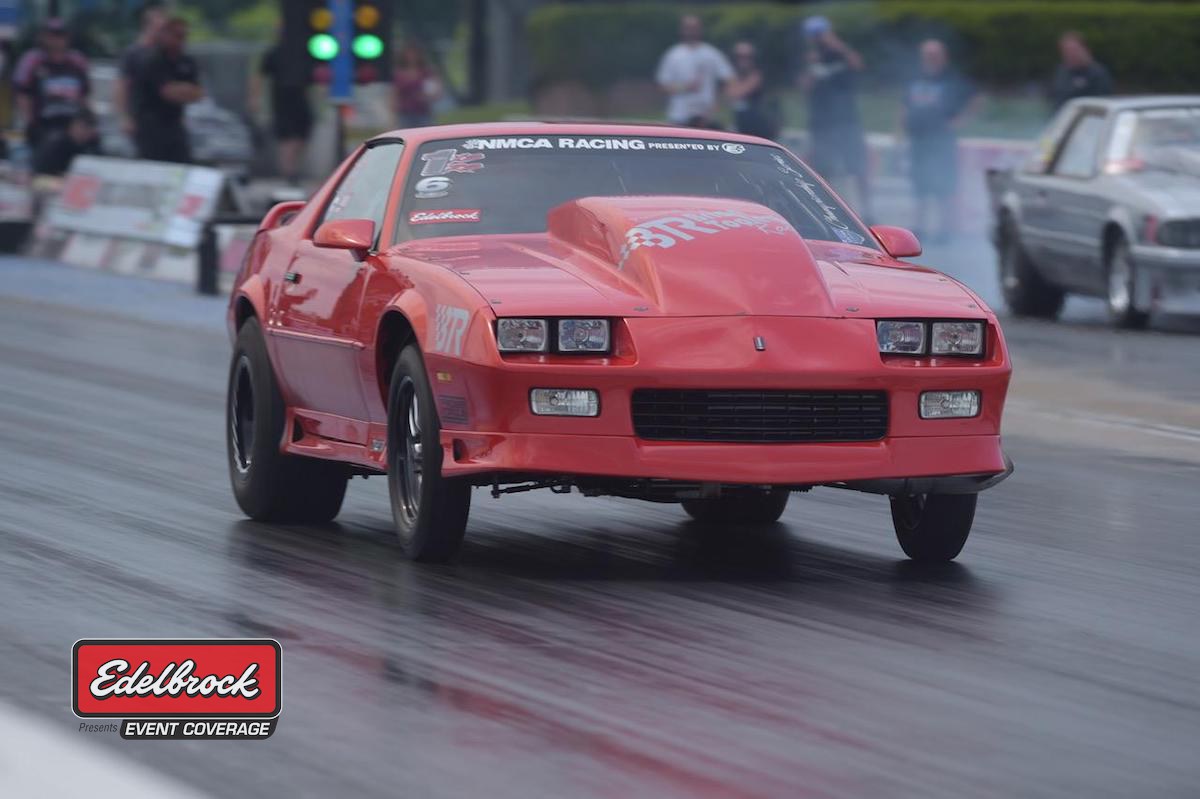 Reigning Edelbrock Xtreme Street champion Jessie Coulter cruised to a 4.72 in his Camaro to lead the pack in yesterdays qualifying in the Brian Tooley Racing Real Street Shootout, which isÂ a special feature of this weekends event at Memphis International Raceway. The category is also open to Edelbrock Xtreme Street racers who have LS-or LT-powered-vehicles, and the winner will receive a check for $1,000, an LSX engine block courtesy of Chevrolet Performance, an invitation to attend theÂ Chevrolet Performance Challenge Series Champions dinner held during the Performance Racing Industry (PRI) show in December in Indiana and a Chevrolet Performance champion ring. 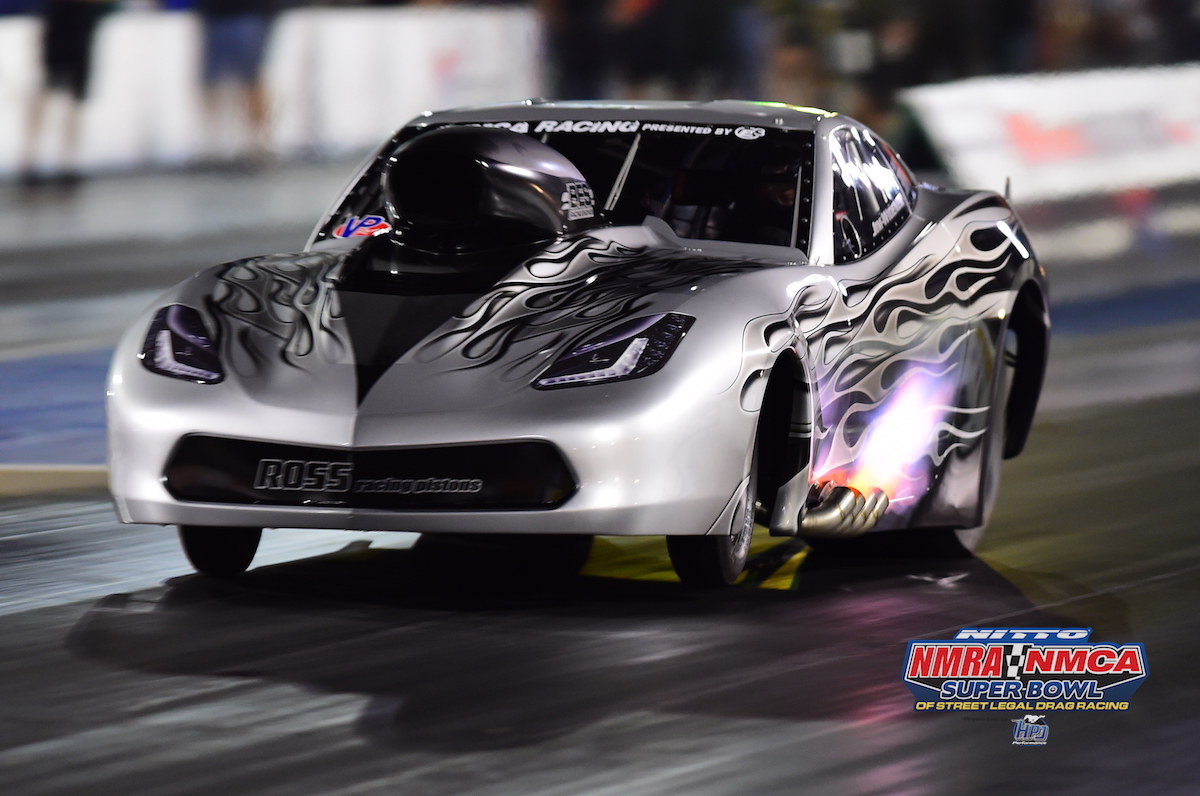 Jim Widener went wide-open throttle to a 3.77 at 200.17 mph to qualify in the fourth spot in VP Racing Fuels Xtreme Pro Mod and to pick up his first 200-mph pass. His gorgeous Corvette is powered by a BES-built 944 cubic-inch engine with six stages of nitrous from an Induction Solutions system. 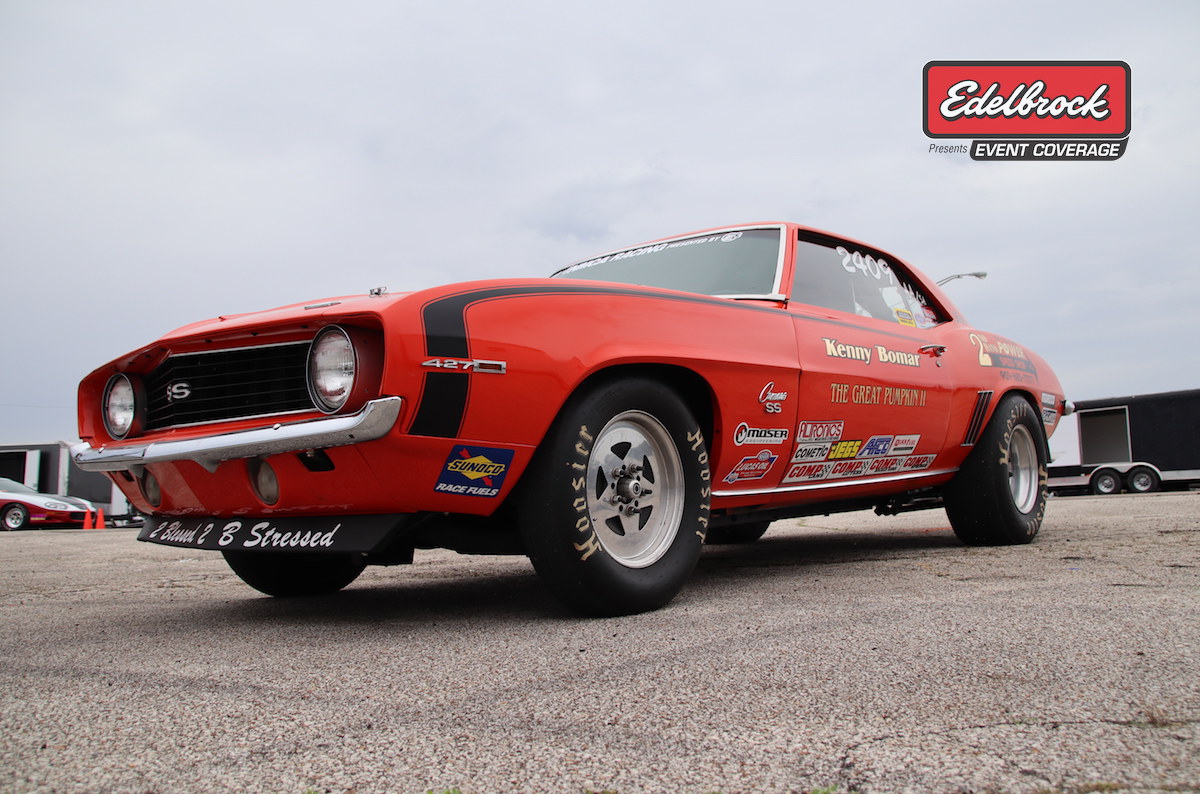 Kenny Bomar of Bartlett, Tennessee, is another NHRA Stock Eliminator racer making his debut in the ever-growing NMCA Coan Engineering Stock/Super Stock category this weekend. His eye-catching Camaro nicknamed The Great Pumpkin has under its hood a big-block Chevrolet bullet, and it helped deliver Bomar to a 10.32 on an 11.00 index yesterday, putting him in the nineteenth qualified spot. I had been hearing good stuff about the NMCA and Stock/Super Stock, so I came, said Bomar, whos preparing for the next round of qualifying. Im 70 years young, and Im still racing. I just love it. 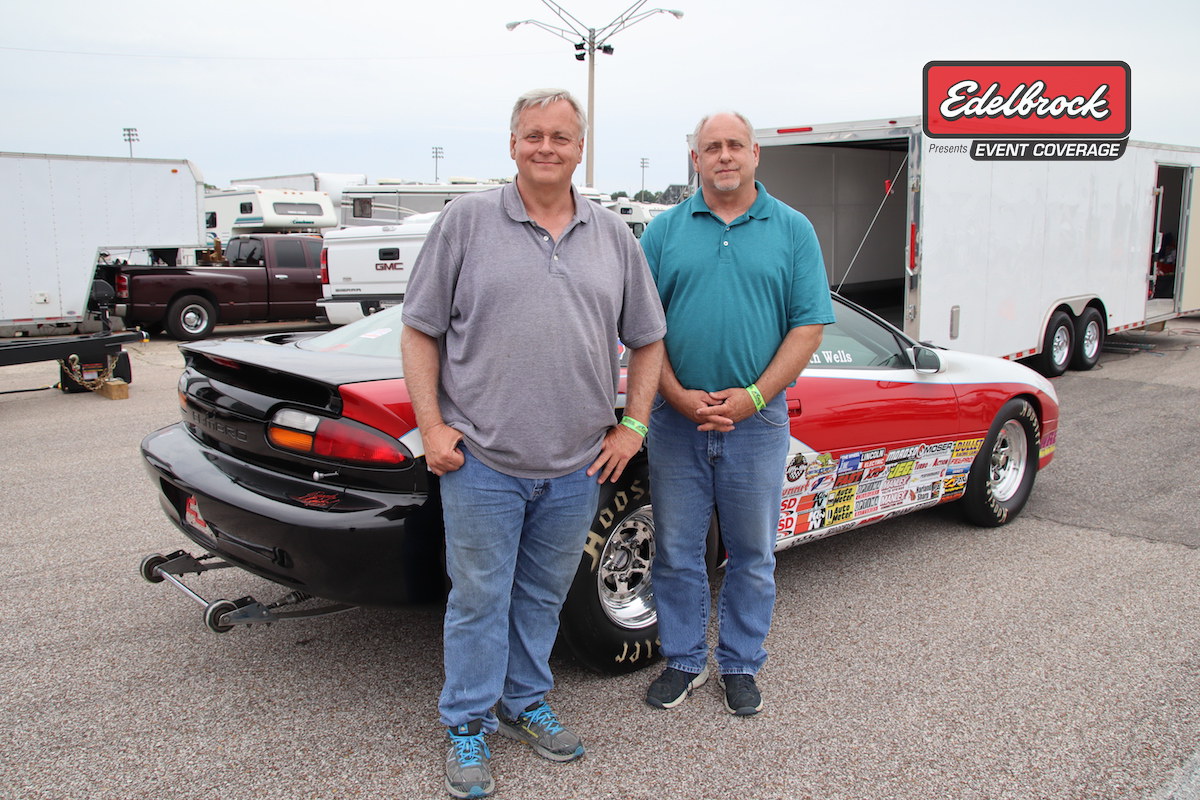 Keith Wells can usually be found in NHRA Stock Eliminator, or racing in Brackets here at Memphis International Raceway, but he has officially made his NMCA Coan Engineering Stock/Super Stock debut at this weekends event. In his Camaro powered by a 350 cubic-inch LT1 engine which he assembled after his brother, Russell Wells, performed machine work, he ran a 10.43 on an 11.55 index and is currently qualified in the twelfth spot going into todays qualifying. That little engine relies on atmospheric conditions to make power, but the weather is a little humid, and there are a lot of water grains, said Wells. Well see what happens in the next round of qualifying. Don Baskin, who had surgery to replace both of his knees and wasnt able to race last year, plans to make up for it this year. Three of his cars are in competition at this weekends event, as hes driving his 2011 Cobalt in FST Carburetors NA 10.5 and his 2010 Camaro in ARP Nitrous Pro Street, while Mike Cates drives his 1967 Camaro in Coan Engineering Stock/Super Stock. Currently, Baskin is qualified in the first spot with a 4.56 in ARP Nitrous Pro Street and in the eighth spot with an 8.20 in FST Carburetors NA 10.5, and Cates is qualified in the 23rd spot with a 10.20 on a 10.75 index in Coan Engineering Stock/Super Stock. Randy and Keith Auwarter are prepping the cars between rounds. When asked how it feels to be back behind the wheel of a race car or two after his surgery, Baskin said Im tickled to death, and Im having fun. 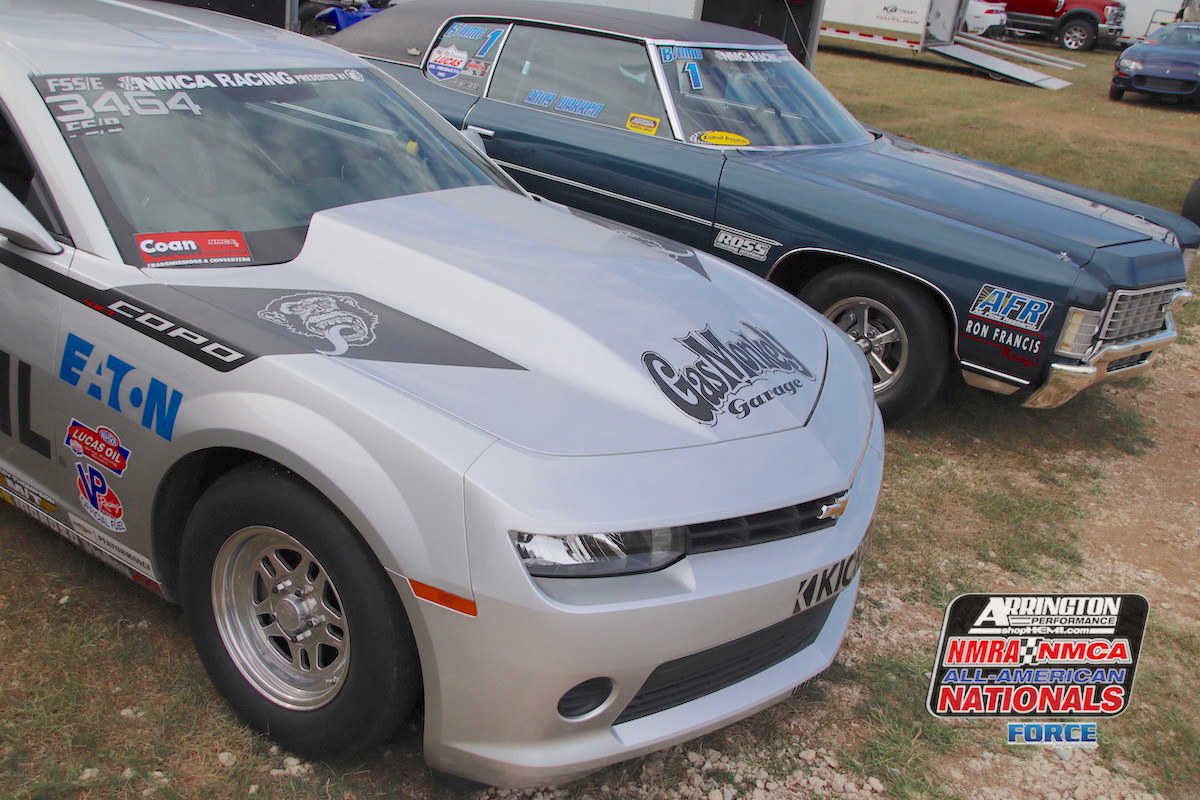 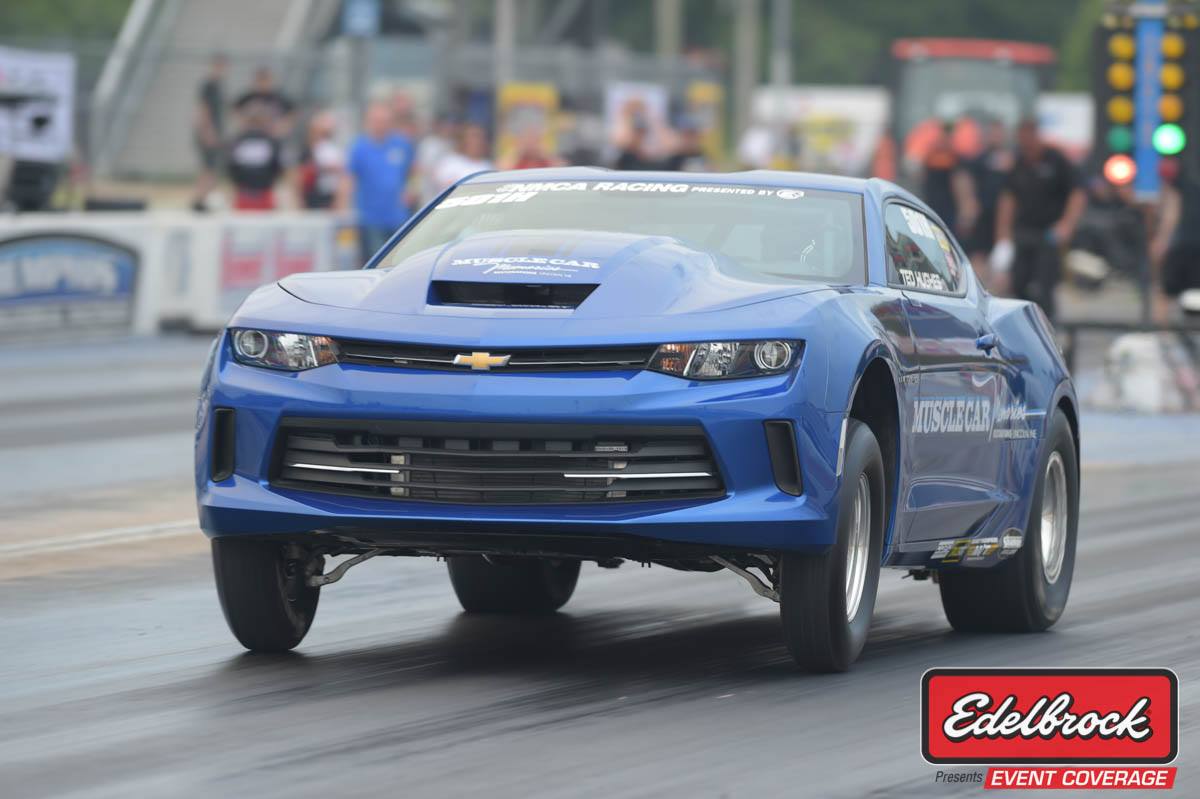 The precipitation currently falling at Memphis International Raceway will clear up around 5 p.m., but the temperature and dew point will ultimately hinder any track preparations today. With that, we are done for today and qualifying for all classes is secure.Â The NMCA staff will kick things off on what looks to be a fantastic Sunday weather-wise with Index classes taking to the track at 8:45 am followed by Heads-Up classes a little later. Gear Vendors True Street, the Dodge/Mopar HEMI Shootout, and the Chevrolet Performance Street Car Challenge will run tomorrow as well.Â The bracket portion of the event will be condensed to one day with a double purse up for grabs. Racers will be able to enter on Sunday provided they pay for the two-day entry fee. Both classes will be racing for $2,400 to win. For qualifying results, clickÂ HERE