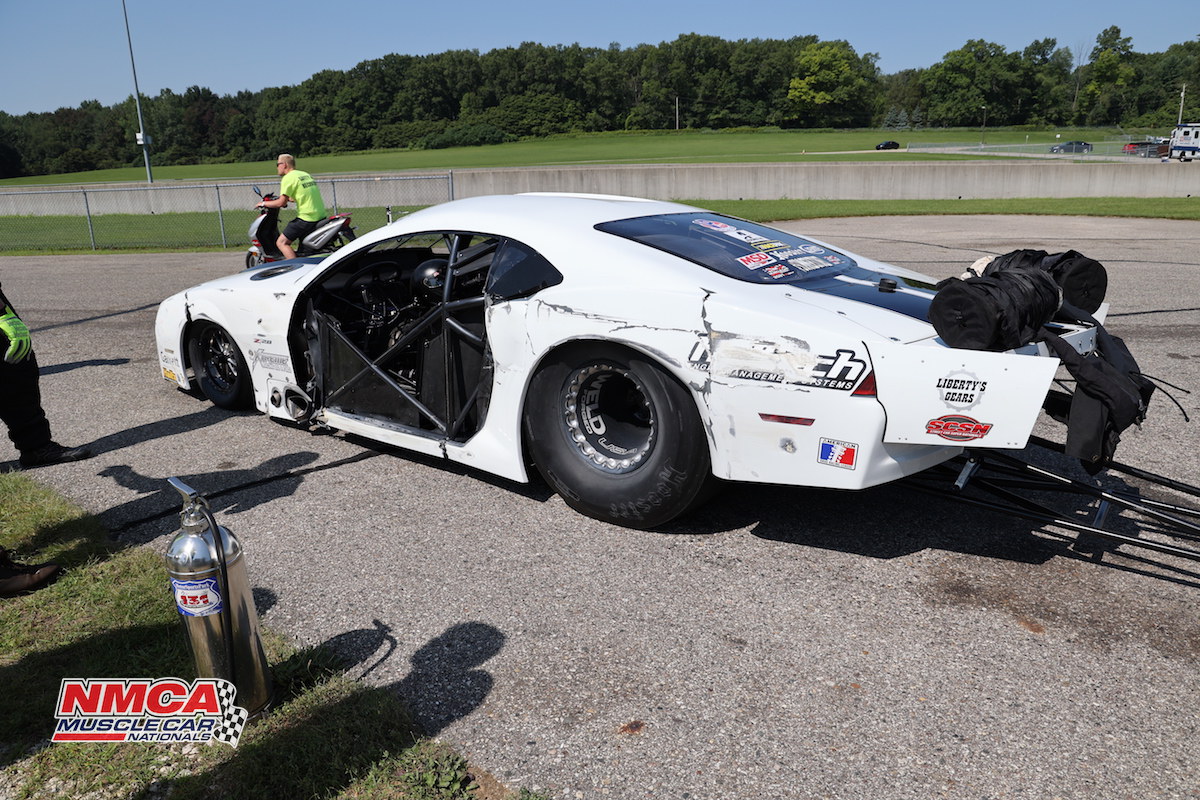 By Mary Lendzion The NMRA/NMCA Super Bowl of Street-Legal Drag Racing presented by HPJ Performance is a storied event that has stood the test of time. Racers from each series come together for the competition and the comradeship, and that was absolutely apparent at this year's running of the event, May 13-16, 2021 at World Wide Technology Raceway in Madison, Illinois. There were a lot of awe-inspiring accomplishments, from really tight passes to records, and awaiting racers who made it all the way to the winner's circle were the desirable Nitto Diamond Tree Rings. While most categories were run through completion before rain rolled in on the final day of the event, some racers will finish final rounds of eliminations at upcoming events. They include Tripp Carter and Bill Skillman of Holley EFI Factory Super Cars, Dave Theisen and Joe Clemente of Dart NA 10.5 and Tony Hobson and Randy Matlock of NMCA Mickey Thompson Street Outlaw/NMRA VP Racing Madditives Street Outlaw, who will all seal the deal at theÂ Inaugural Arrington Performance NMRA/NMCA Power Festival presented by Force Engineering, July 22-25 at U.S. 131 Motorsports Park in Martin, Michigan. Additionally, Joel Greathouse and Martin Connelley of Edelbrock Xtreme Street/NMRA Edelbrock Renegade will meet for their final round of eliminations at the NMRA Ford Performance Nationals, June 10-13 at Summit Motorsports Park in Norwalk, Ohio. On the NMCA side at this event, Mike DiDomenico muscled his CNC Performance Products Camaro to a 3.670 to lead qualifying in VP Racing Lubricants Xtreme Pro Mod, and later in the weekend, Chip King crossed the centerline and forced a pair of cone blocks to go flying in his Mustang on his bye-run to the final, which gave Steve Summers the win in his Camaro. Summers hoisted an Edelbrock Victor trophy in the NMCA Winner's Circle for the first time in a few years. Reigning ARP Nitrous Pro Street champion Vince KhouryÂ  set the pace in qualifying with a 4.40 in his Firebird, but making it to the final round of eliminations were Nicole Liberty and Kyle Salminen. Liberty, from Michigan, motored to the win with a 4.51 over Salminen's 4.99. 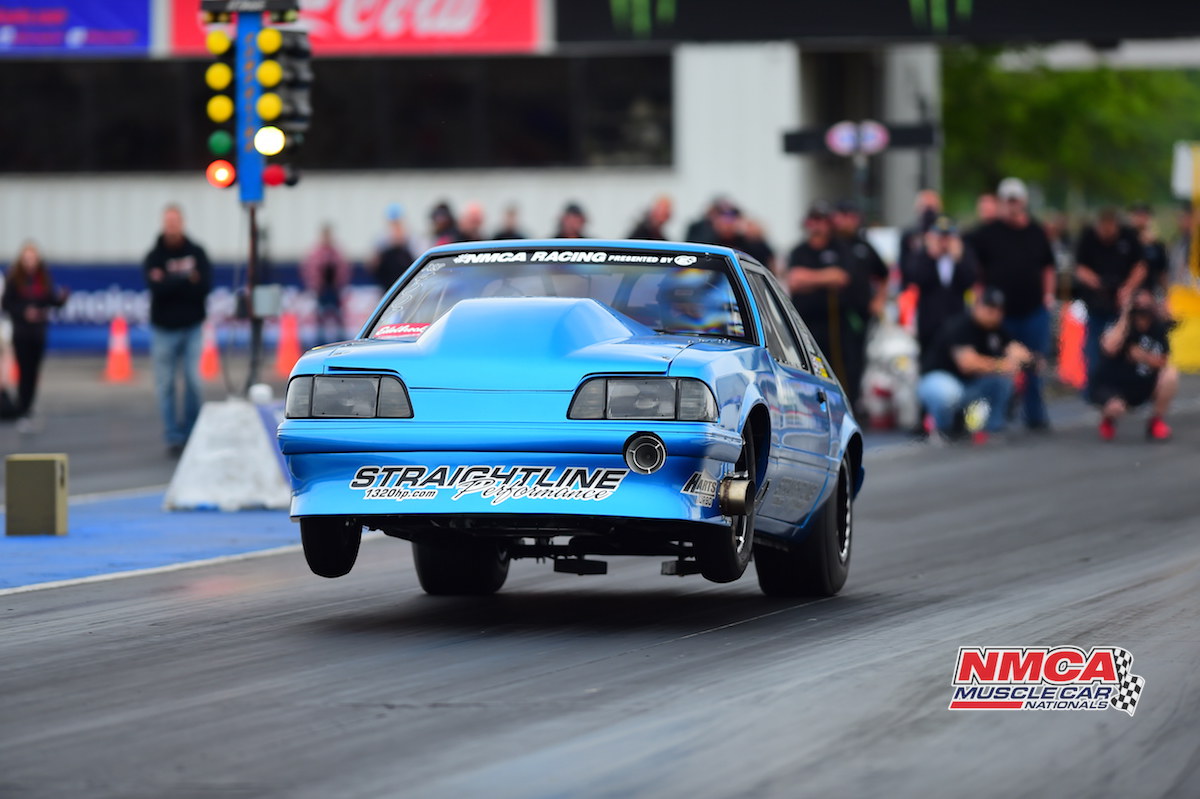 In Coan Stock/Super Stock Combo, Dave Swanson turned in a 7.99 on a 9.70 dial to lead qualifying, and Bruce Lang landed the win with a breakout time of 9.62 on 9.63 dial over Larry Hill, who broke out by more with a 10.17 on a 10.20 dial. Tom Hoffman was dead-on his 10.50 dial, with a 0, to lead qualifying in Quick Fuel Technology Nostalgia Super Stock, and made it to the final round of eliminations. There, tough customer T.D. Holland used a .007 reaction time and a 9.83 on a 9.75 index to defeat Hoffman, who was 10.55 on a 10.55 index. Brad Spires stopped the clocks at 10.50 on a 10.50 index to lead qualifying in Detroit Truetrac Nostalgia Muscle, but the final round of eliminations belonged to multi-time champion Andy Warren and Noah Winters. Warren parked his cool Caprice right on its 10.00 index for the win when Winters went -.003 red. Susan Roush McClenaghan recorded a perfect .000 reaction time and was rewarded with the lead in qualifying in MagnaFuel Open Comp, but the final round saw Scott Williams and Frankie Radake. Williams wrapped up the win despite a breakout time of 8.52 on an 8.63 dial in his Malibu when Radake turned on the red light in his Camaro. NMCA TorqStorm Superchargers True Street and NMRA QA1 True Street shared the stage at this event, and taking a bow at the end of the show was Greg Edwards, who was the overall winner with an 8.14 average. Tony Karamitsos captured the runner-up finish with an 8.25 average. Also standing out were Rick Baum, the 9-second winner, Keith Seymore, the 10-second winner, Ernie Keppler, the 11-second winner and Del Holbrook, the 12-second winner. Rodney Ward wrapped up the 13-second win, Amanda Jordan was the 14-second winner and Chris Graff was the 15-second winner. 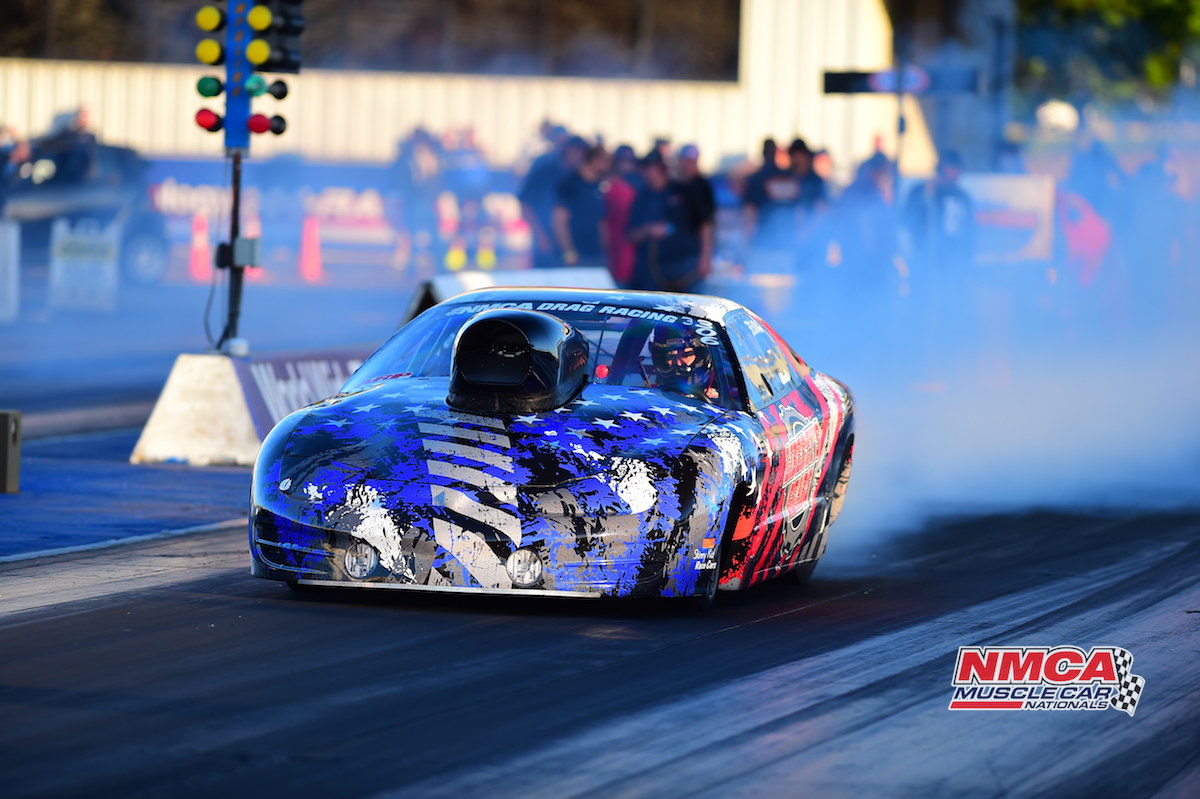 Challengers, Chargers, Demons, Hellcats, and other late-model HEMI vehicles hurried down track for the Dodge / Mopar HEMI Shootout, and when the dust settled, Tony Demaio took the win with a 9.55 average, and Jonathan Borntrager took the runner-up with a 10.15 average. Also accomplishing a lot were Richard Stimson, the 10-second winner, Harold Benne, the 11-second winner, Robert Skalecki, the 12-second winner, Ken Mason, the 13-second winner, Joe Giordano, the 14-second winner and Brett Foutz, the 15-second winner. The eight quickest drivers in the Dodge / Mopar HEMI Shootout made it into the Arrington Performance HEMI Quick 8 presented by Red Line Oil on the final day of the event, when Bruce Phillips won with a 10.25 over Richard Stimson, who turned on the red light. The 15th Annual Chevrolet Performance LSX ShootoutÂ ensured extra adrenaline for fans of the car company headquartered in the Motor City. Categories included Chevrolet Performance Stock presented by Scoggin Dickey Parts Center, LME Street King presented by Chevrolet Performance, Proform LSX Rumble presented by Chevrolet Performance and the Brian Tooley Racing Real Street Shootout.Â  In Chevrolet Performance Stock presented by Scoggin Dickey Parts Center, Ronnie Hackelton roared to a nice 9.83 in his Camaro to set the pace in qualifying, and remained strong through the final, where he won with a 9.91 against Jeff Heintz, who was not at all far behind with a 10.04 in his Camaro. Dennis Butt belted in for a 9.01 on a 9.00 to lead qualifying in LME Street King presented by Chevrolet Performance, but Al Corda and Casey Martin were paired in the final round of eliminations. With a 10.05 on a 10.00, Corda ran close to his index to capture the win over Martin, who had a slightly off-pace pass of 10.47 on a 10.25. Paul Lewis ran on his 12.75 index to lead qualifying in Proform LSX Rumble presented by Chevrolet Performance, but making it to the final round of eliminations were David Rickey and Greg Carlos. Rickey had a better reaction time than Carlos, and lifted to an 11.14 on an 11.00 dial to avoid breaking out on his way to the win over Carlos, who was 11.09 on an 11.00. The final round of the Brian Tooley Racing Real Street Shootout featured two very fine race cars, including Nick McGrath's Straightline Performance Mustang and Tom Hammonds' beautifully-built Camaro. McGrath won with a 4.59 when Hammonds wasn't able to complete his pass. Bracket racers were dialed in forÂ Bracket Mayhem, but unfortunately, rain forced them to put their cars away in the semifinal round of eliminations. NMCA and NMRA areÂ  proud to announce that the NMRA/NMCA Super Bowl of Street-Legal Drag Racing presented by HPJ Performance will return to World Wide Technology Raceway in Madison, Illinois on May 12-15, 2022. Up next for both series is theÂ Inaugural Arrington Performance NMRA/NMCA Power Festival presented by Force Engineering, July 22-25, where the points battles will positively heat up. For information about the series, and for continuous stories, photos, results and more, visit NMCAdigital.com and Racepagesdigital.com. (FOR ROUND-BY-ROUND ELIMINATIONS, CLICKÂ HERE) 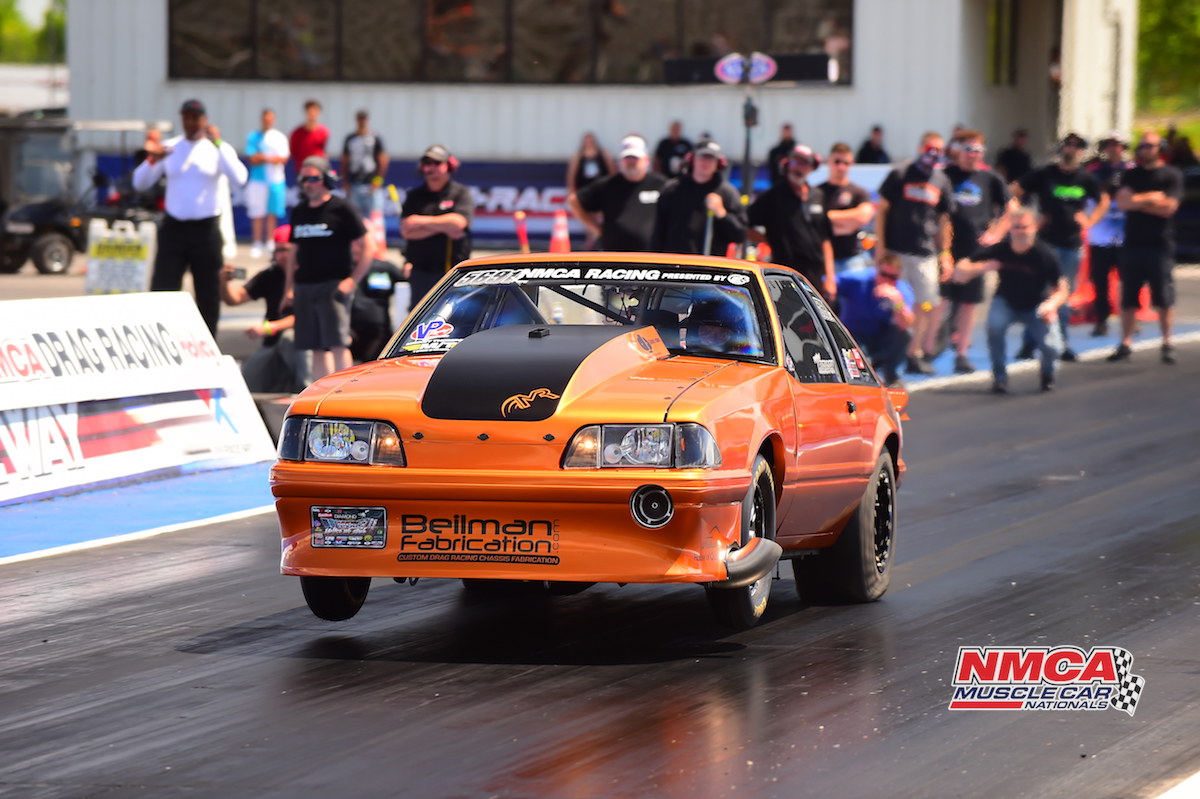