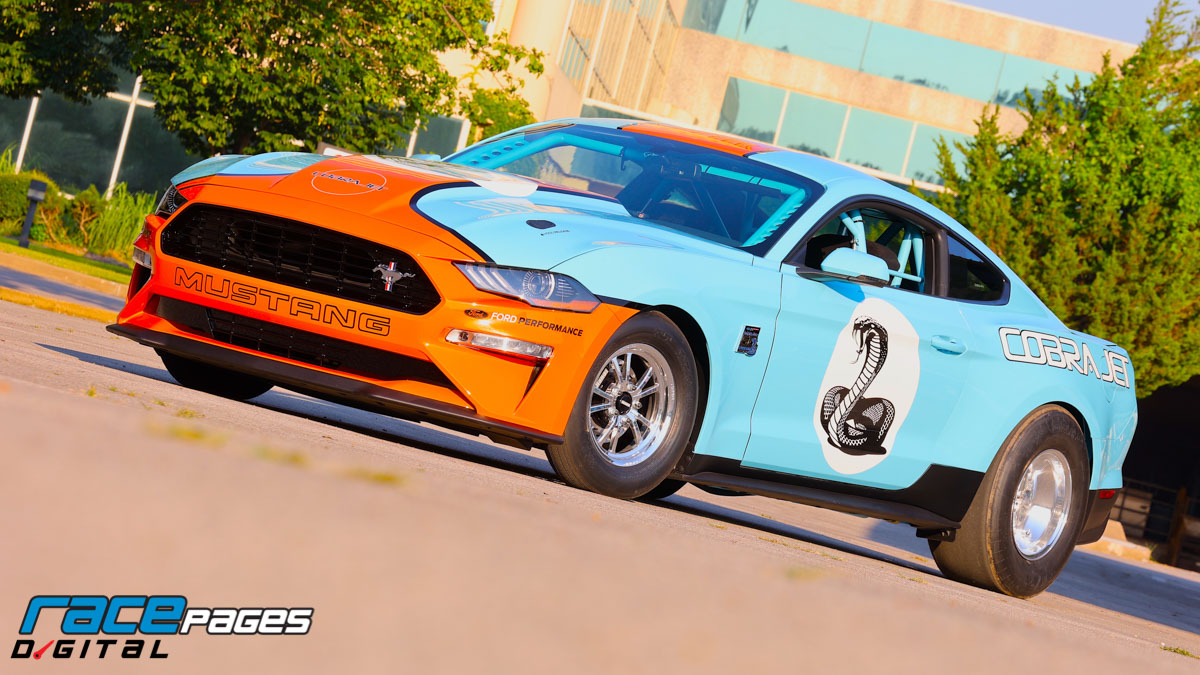 While many of us can only dream of collecting a garage full of special performance vehicles, Darroll Myers made that fantasy a reality. The proprietor of a massive NAPA store in North Dakota, which is considered the largest in North America, Myers is afforded the means to make his automotive dreams come true. And, if you purchase several high-level Fords, you might just get to make a few special requests along the way. In the case of this 50th Anniversary Cobra Jet, he was able to do just that. Myers is a fan of the classic Gulf livery. As such, several vehicles adorned with the orange and blue paint scheme are part of his impressive collection. When it comes to this limited run of 68 2018 Cobra Jets, however, they were only offered with Race Red or Oxford White paint when paired with the exclusive 50th Anniversary graphics and badges. I was the only guy authorized by Ford to paint my Cobra Jet my race colors, Myers told us. 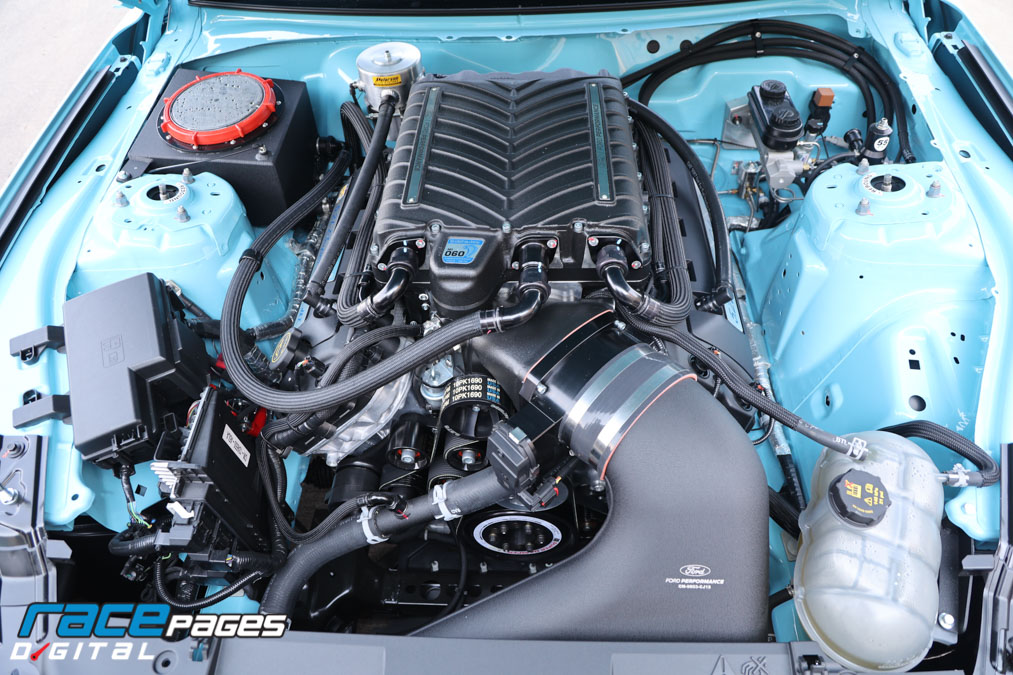 That meant that in addition to the car's trips between the Ford plant and Watson Engineering as it became a Cobra Jet, it also made two visits to Steeda Performance Vehicles for a custom, show-quality Gulf paint job. While having custom paint certainly makes this a special race carand one of the last built as it extended the processthat is not the only unique facet of Myers' collectible CJ. It is emblazoned with a unique snake created by a designer with elite Blue Oval credentialsCamillo Pardo. During his time at Ford, Pardo worked on the famed Special Vehicle Team designs, and is the designer of the acclaimed 2004“2006 Ford GT supercar. 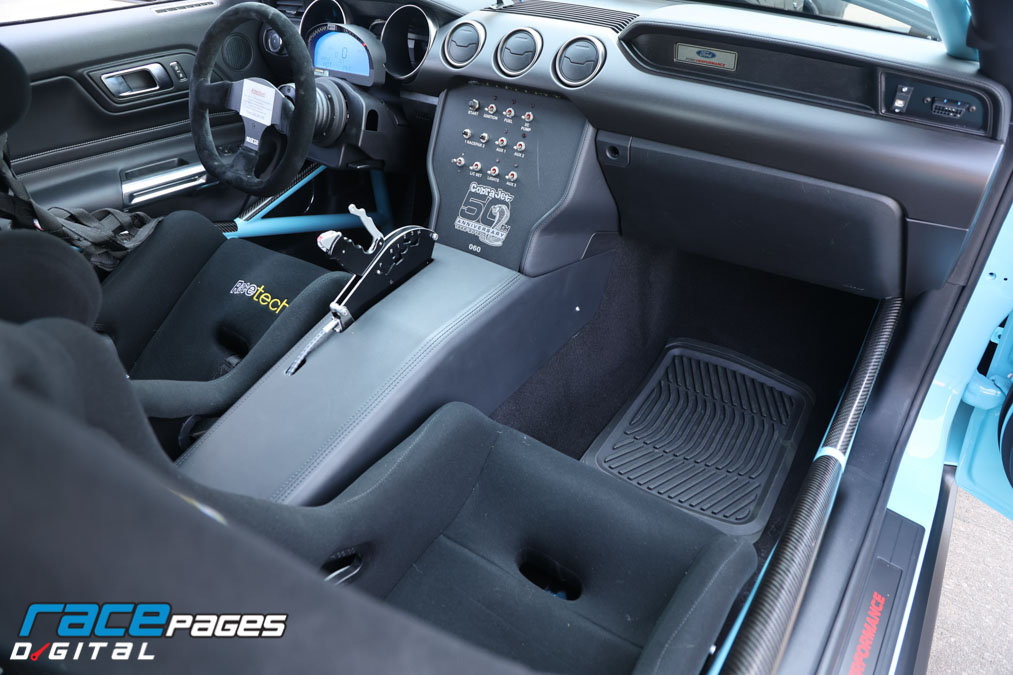 The team at Steeda Performance Vehicles commissioned Pardo to redesign the snake for Myers, who wanted something totally different. The result is a more aggressive serpent that is befitting of this unique machine. When the process was complete, Myers travelled to its birthplace at Watson Engineering to take delivery of this one-of-one Cobra Jet. Out of all the race car builds I have been involved in over the years, this build was definitely the most unique, custom, and carefully built car we have done to date, Jason Antko, project manager at Watson Engineering, told Ford Performance at the time. It was a great pleasure to be a part of it! 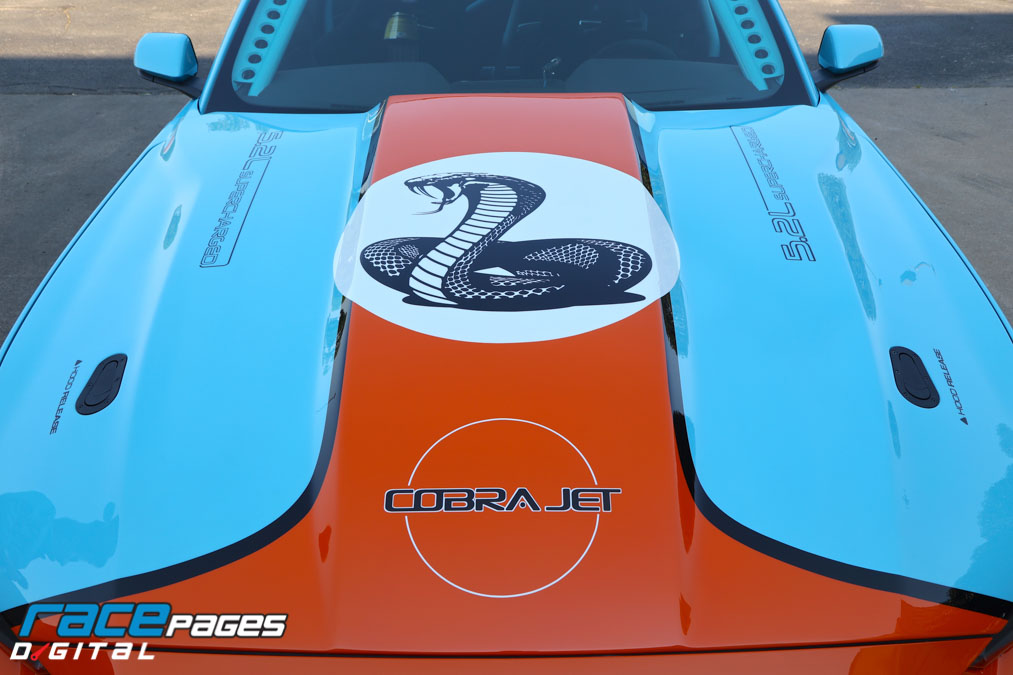 This scribe caught up with Myers and his Cobra Jet at the 47th Mid America Ford & Shelby Nationals in Tulsa, Oklahoma, where he had it on display with two of this other Gulf-livery Fordsa modern Ford GT and a Steeda Q850 Drag Pack. These rides are just sampling of his ample collection, which includes other Gulf-livery Fords, like a rare Saleen Mustang and a 1969 Mustang Funny Car powered by an all-aluminum, 438-cube engine. And if you were wondering, Myers does have a local eighth-mile drag strip, about 120 miles from his home in North Dakota, where some of his straight-line machines do see action on the track. 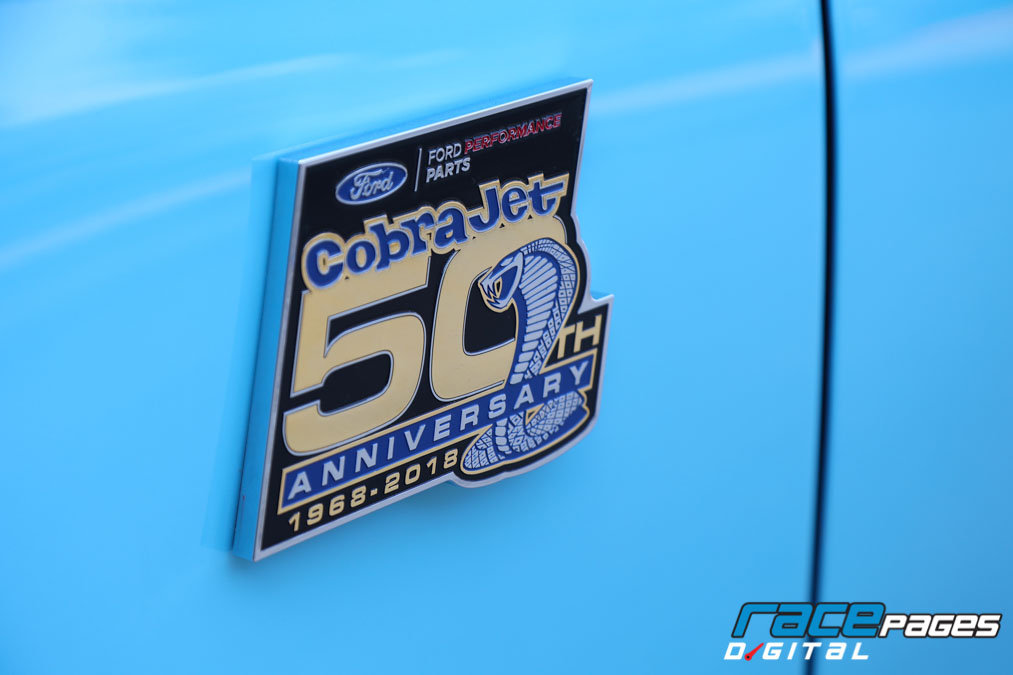