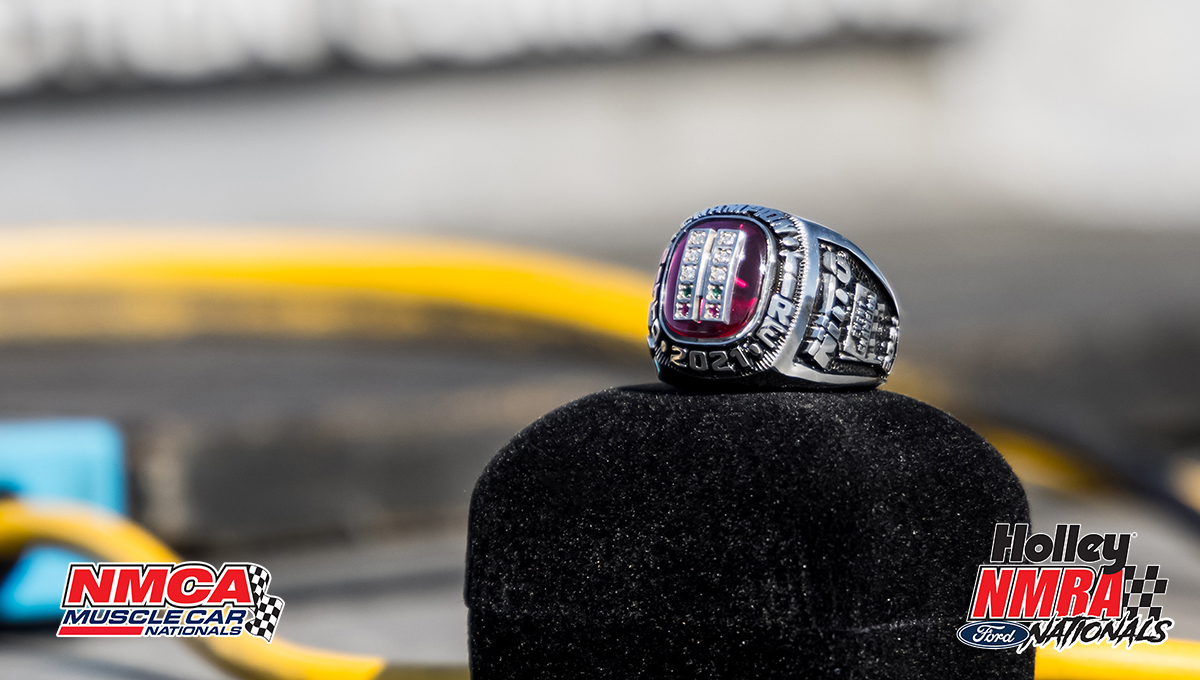 The Holley NMRA Ford Nationals and NMCA Muscle Car Nationals have officially kicked off the NMRA/NMCA Super Bowl of Street-Legal Drag Racing Presented by HPJ Performance. Its new home is World Wide Technology Raceway, located across the river from St. Louis, and it is one of the most prestigious stops on tour with both series coming together to battle it out. Category winners will walk away with a Nitto Tire Diamond Tree championship ring, an honor that can only be won at this event or securing an NMRA or NMCA championship. 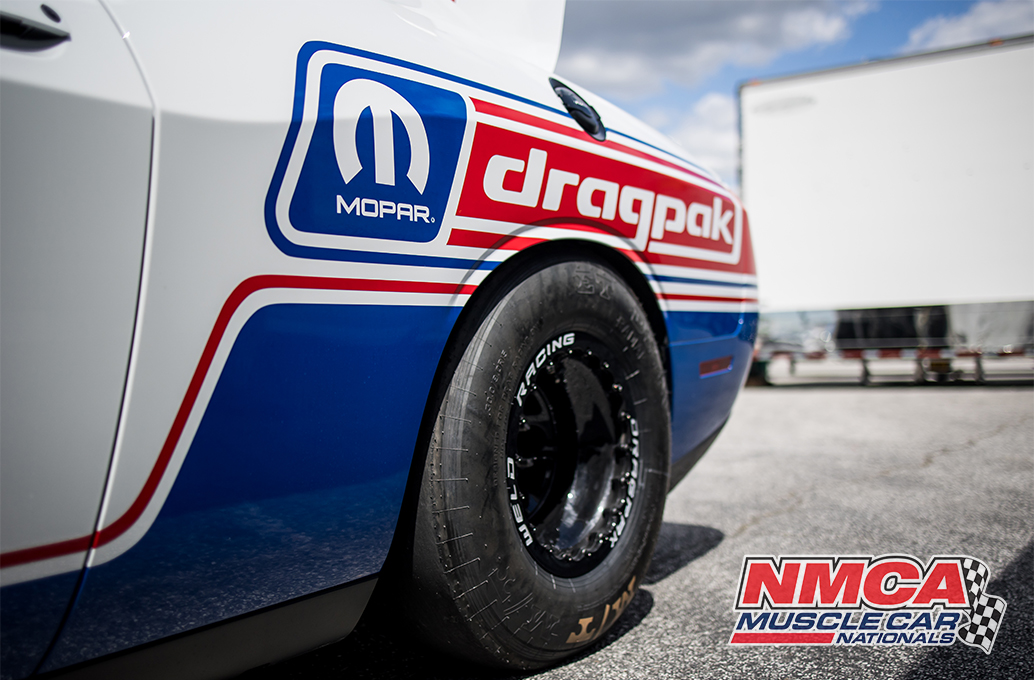 It is officialthe first 2021 Dodge Challenger Mopar Drag Pak has entered NMCA competition! The honor belongs to Dennis Chaisson. The cars are gnarly with a new Whipple 3.0L supercharger sitting on top of a Gen III HEMI engine. The team has run 8.08 in testing before the event and they are looking to push the brand-new ride into the 7s this weekend in Holley EFI Factory Super Cars. Geoff Turk is the other Mopar in the Factory Super Car party, he put Blackbird back into action but has updated it with the latest class-legal Mopar engine package. 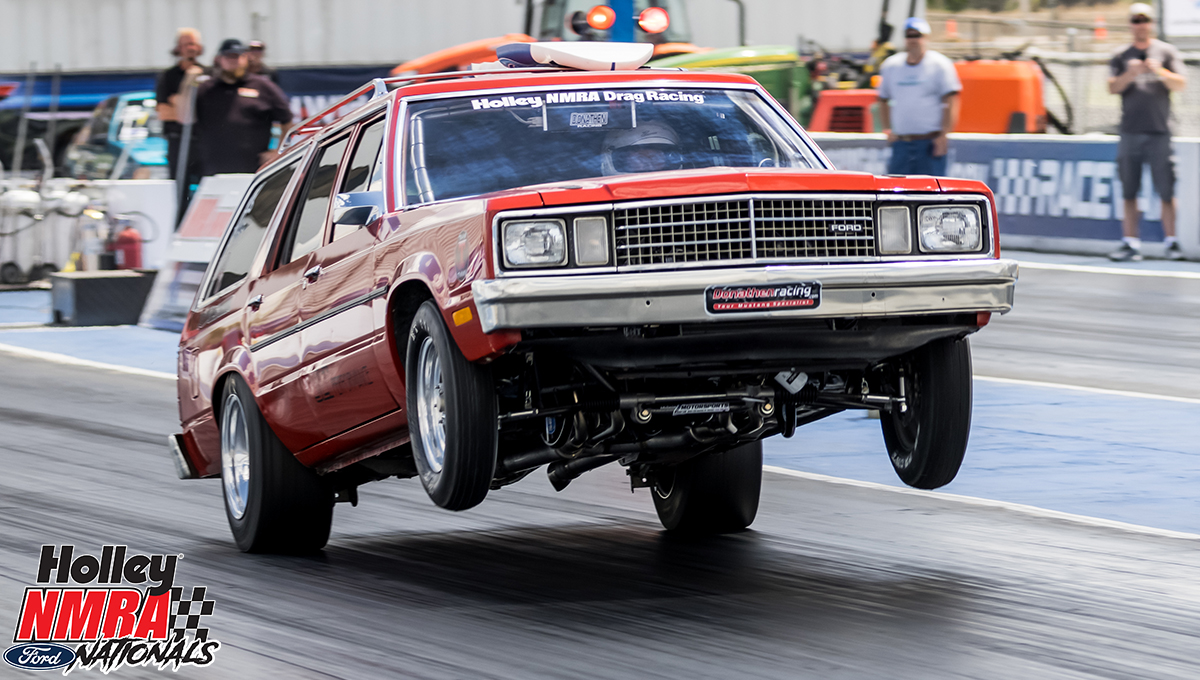 Tim Donathen has been teasing build pictures of his latest creation, a 1978 Ford Fairmont station wagon and it is officially entered in G-Force Racing Transmissions Coyote Stock. It is a theme they carried to the extreme, including a fuel cell that is hidden inside a 1970s style Coleman cooler! The first hit off the trailer netted them a totally cool wheelie and they forgot to remove the surfboard from the roof. Legendary NMRA driver Bob Cosby has been tasked with rowing the gears in the unique hot rod. 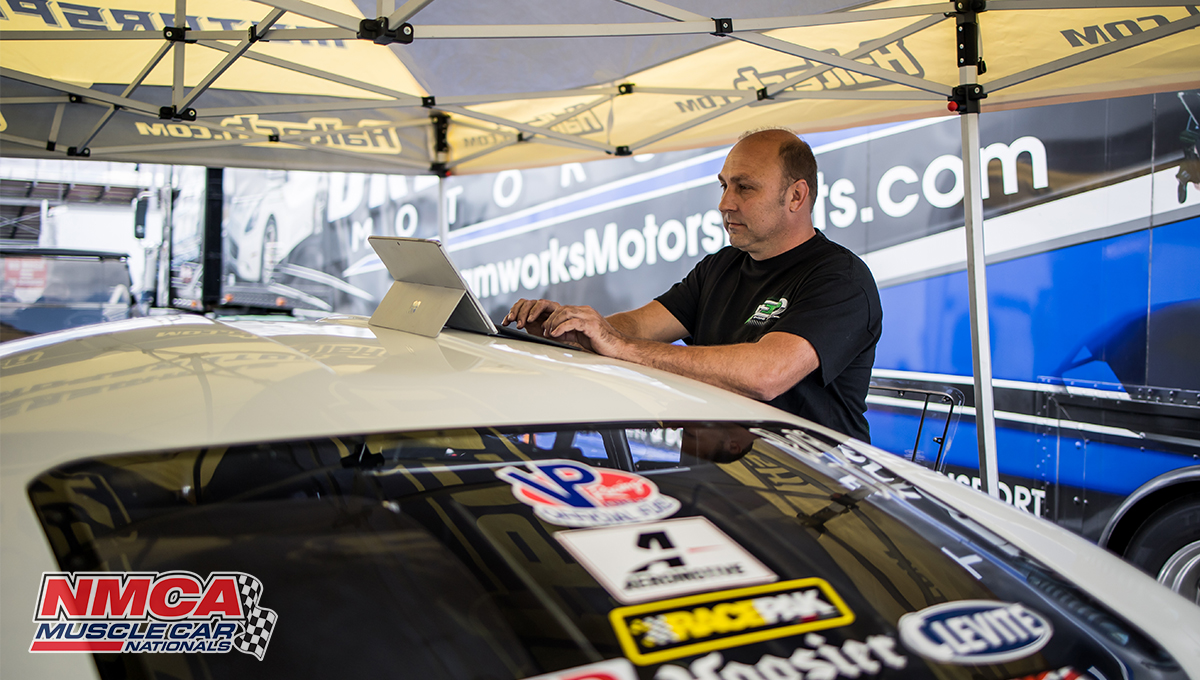 Steve Summers is back in action in VP Racing Lubricants Xtreme Pro Mod with his familiar 2017 Chevy Camaro. The Illinois-based tuner and car builder has been busy with customers, most notably crushing the Limited Drag Radial record with Justin Cyrnek's copper-hued Mustang. The Camaro sports his familiar all-billet traditional big-block Chevy and Garrett turbochargers. This will be the first runs on the drag strip in 2021 and the car is a solid 3.70-player and we expect him to capture the top speed honors given his history of big mph runs. 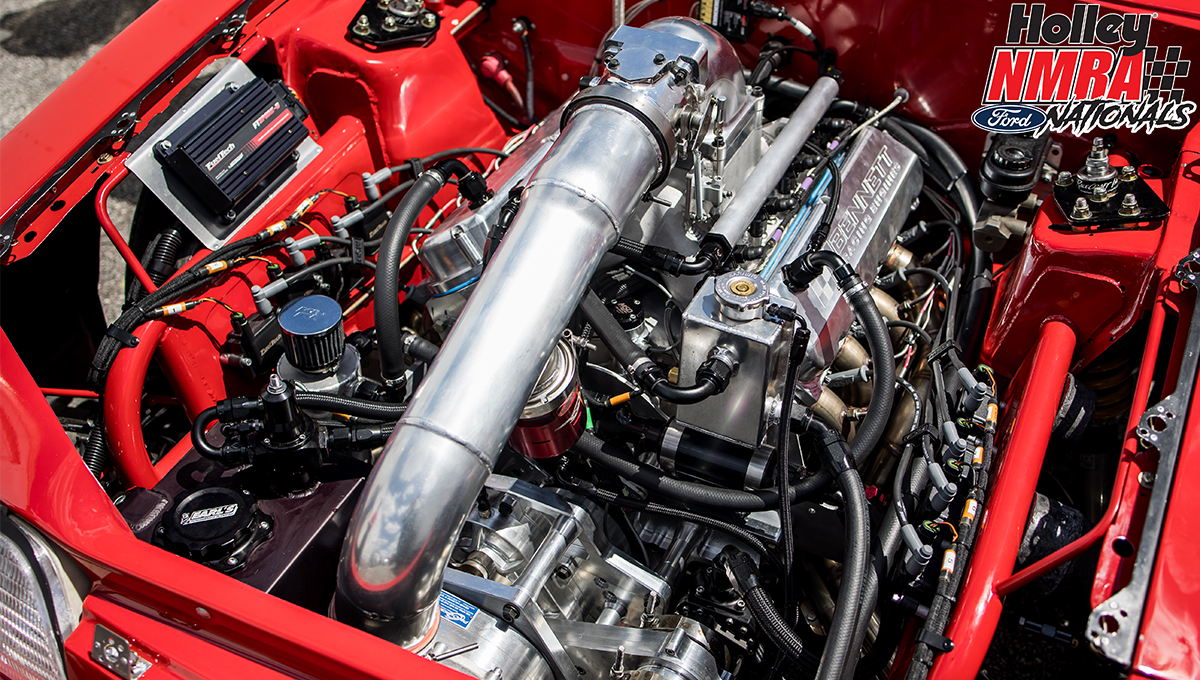 Dan Saitz makes his return to heads-up racing with his 1987 Mustang LX, which had been seeing thousands of street miles in Hot Rod Magazine Drag Week. The Hyperformance Motorsports shop car was converted over the winter to Edelbrock Renegade specs, complete with a Bennett Racing Engines that checks in at 400ci, wears a set of Trick Flow High Port heads, and is pumped up by a ProCharger F-1A-94 supercharger. 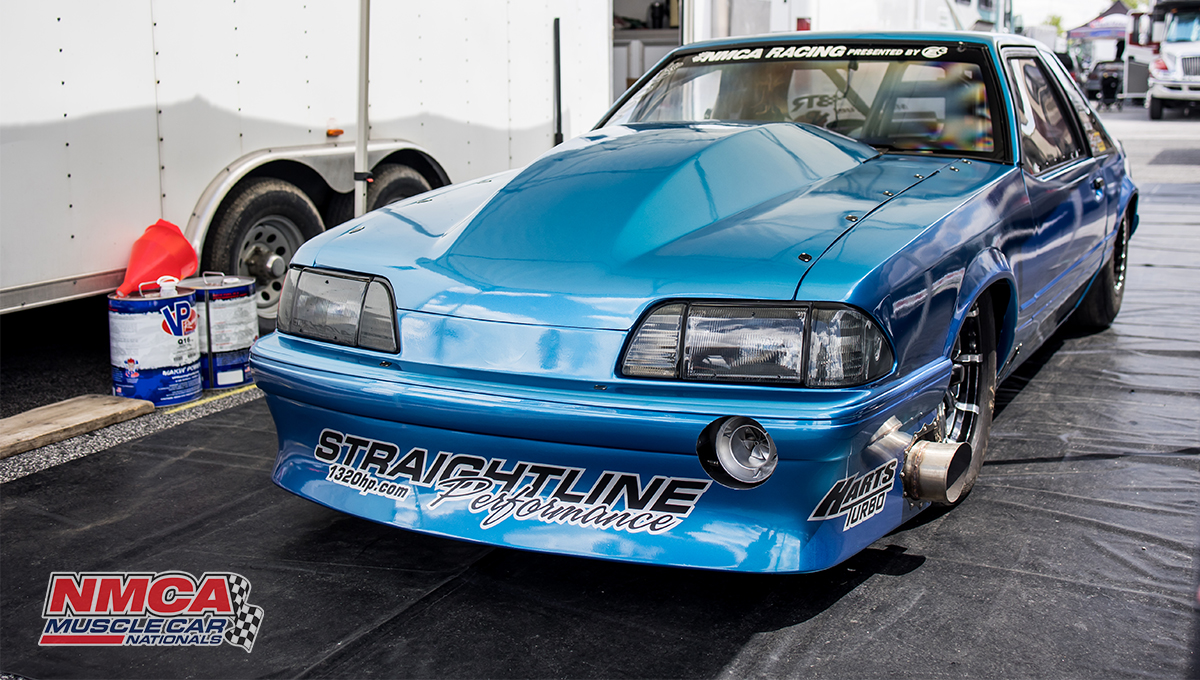 Nick McGrath of Straight Line Performance brought a new look to World Wide Technology Raceway as they wrapped the notchback in blue vinyl. He debuted a new combo last month during the Scoggin-Dickey Parts Center NMRA/NMCA All-Star Nationals at Atlanta Dragway. The centerpiece of the LS engine is a Harts Turbo 76mm unit. McGrath walked away with a career best of 4.64 at over 150 mph, a number he hopes to improve this weekend. 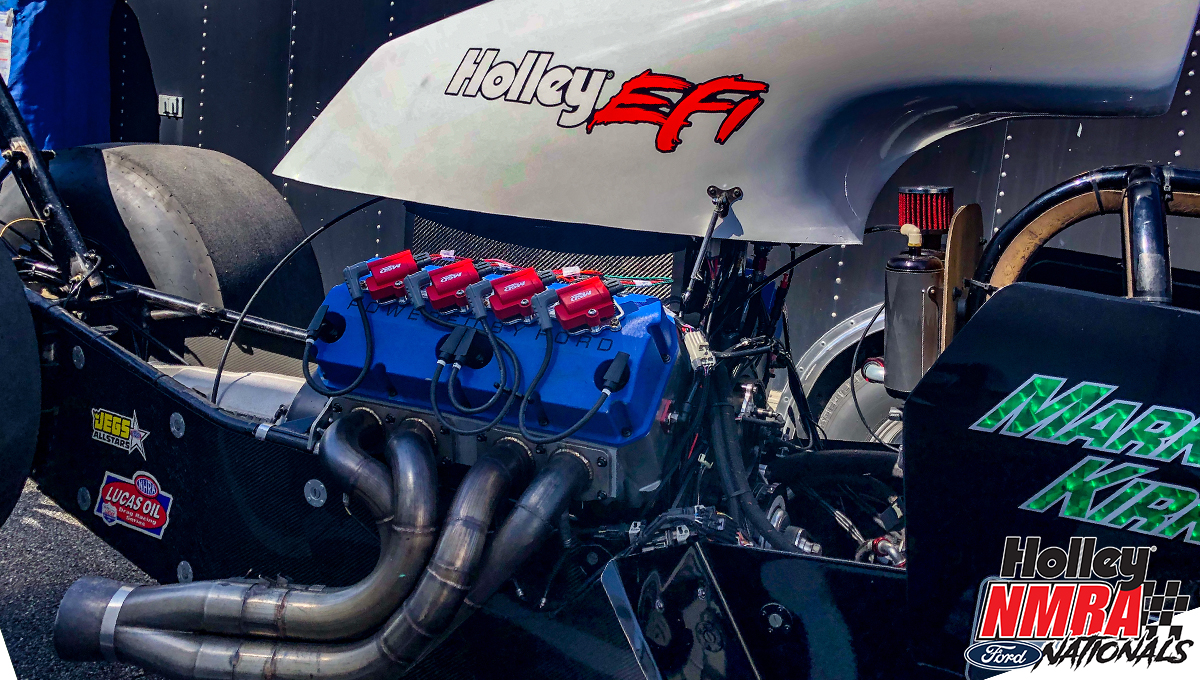 This is a cool treat for the racers and fansMark Kirkman brought his NHRA Comp Eliminator dragster to World Wide Technology Raceway to do some testing. The dragster sports an ex-Larry Morgan Ford Pro Stock engine. Unlike NHRA Pro Stock, this engine isn't quite restricted, as Kirkman throws the shifts at 11,000 rpm! 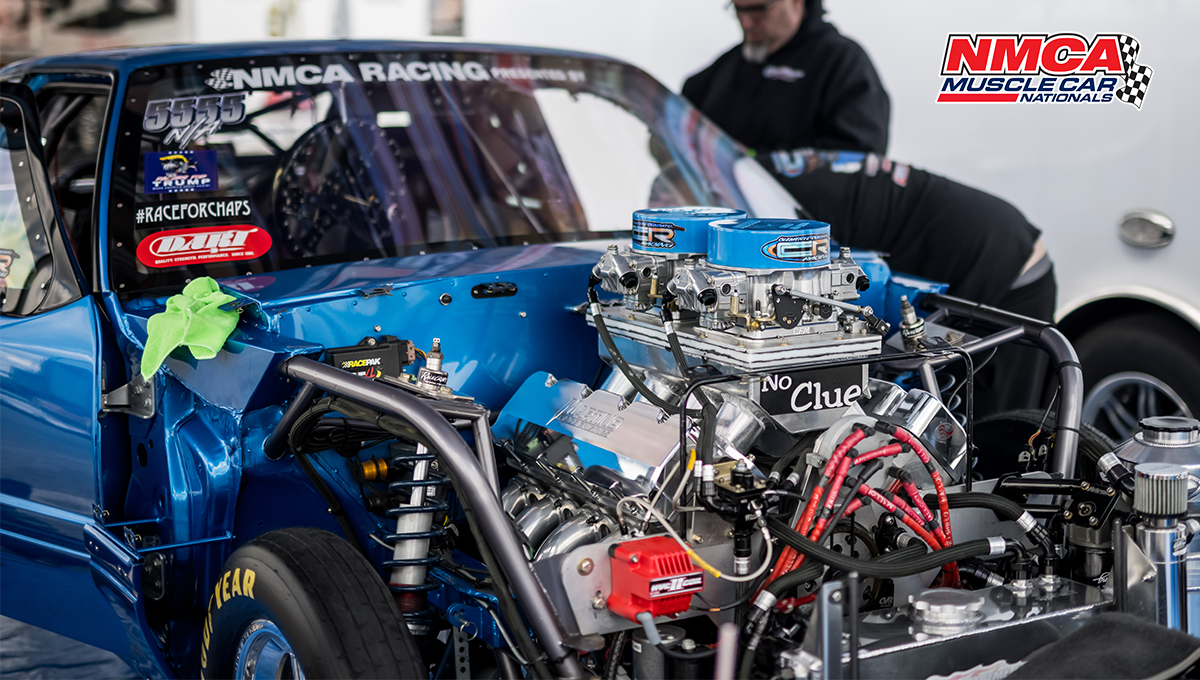 The Joe Clemente/Rich Concato effort for Dart NA 10.5 is simply spectacular from the insanely clean presentation to the stance and, of course, the 7.80 performances. The engine is the brainchild of NHRA Pro Stock legend Tom Martino. Not only do they have a top notch entry in NA 10.5, the Dolce & Clemente Italian specialty food store is one of the finest purveyors of cured meats in the eastern hemisphere. If you are in New Jersey, we highly suggest the El Fuego sandwich. 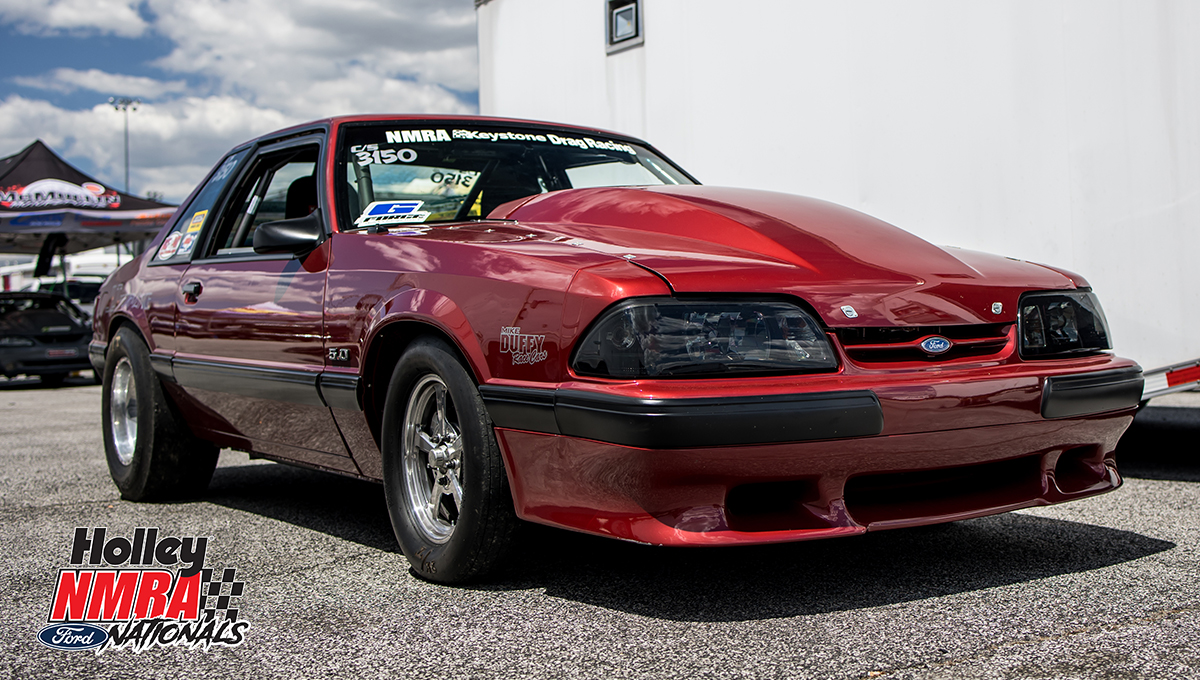 Coyote Stock racer Andy Johnson recently underwent surgery to repair damage sustained during a qualifying event for the World's Tough Man Competition in the over-the-hill category. He has yet to finish rehab and needed a driver for this weekend. The search led him across the border to Canada and he landed Chad Stephens to fill the seat, which required intense negotiations between the two governments. The car instantly went into the 9soff-the-trailerwith a 9.92 at 134 mph blast. 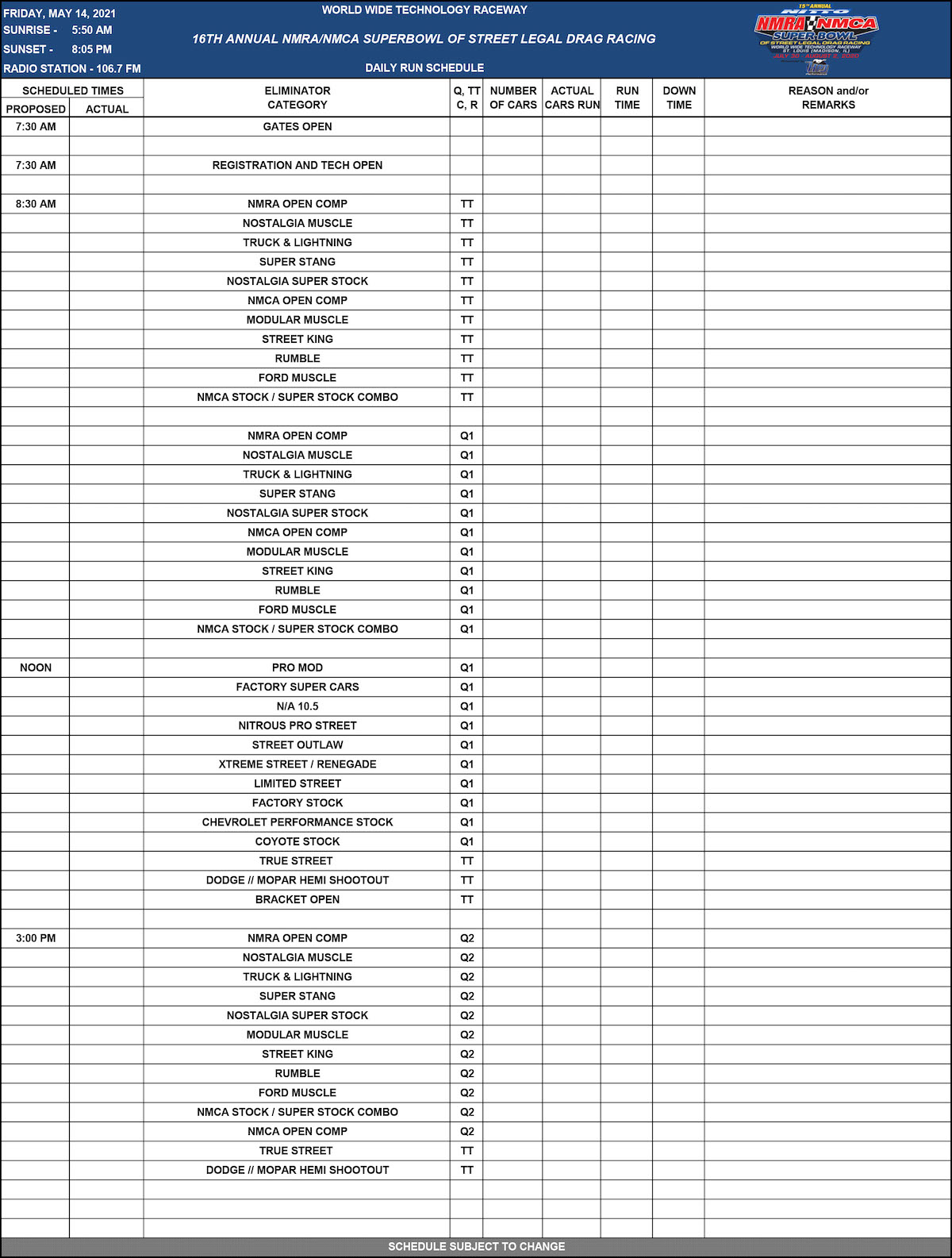 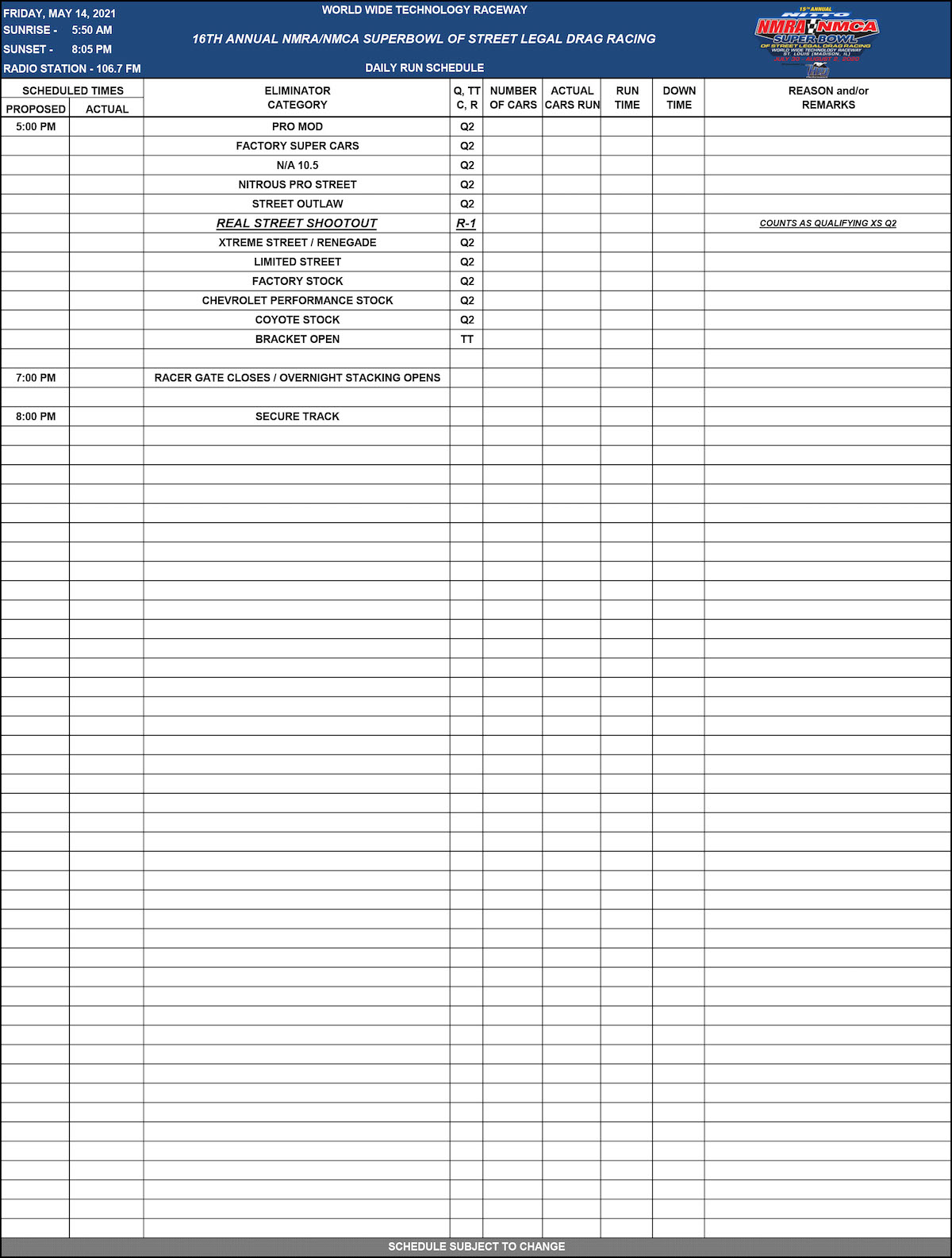