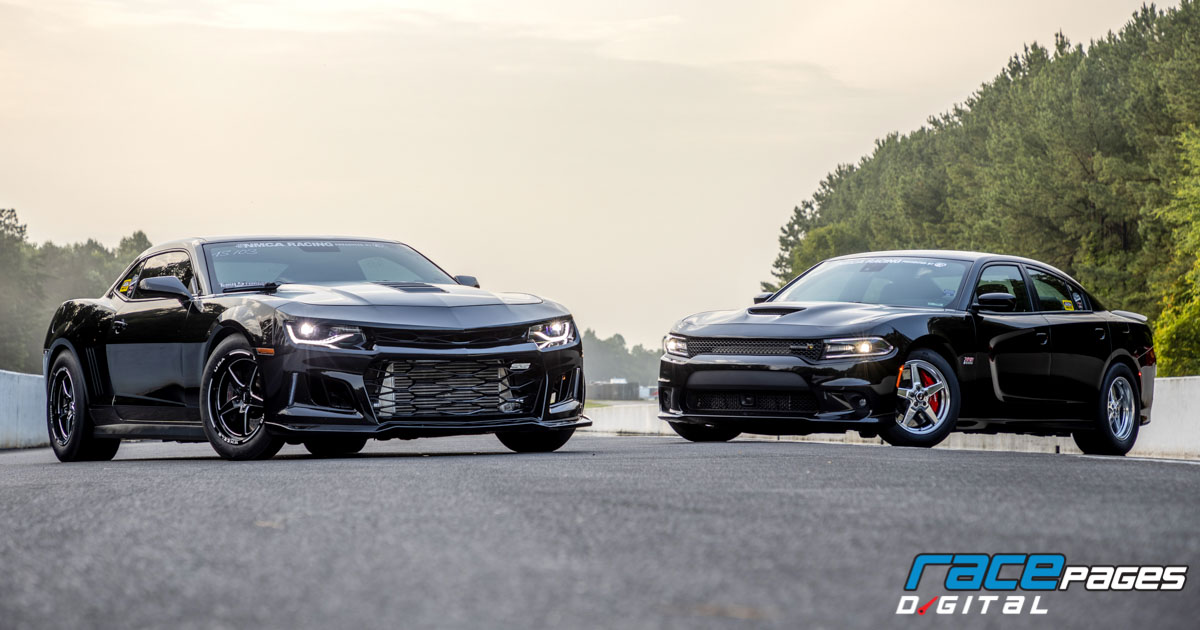 Written by Ainsley Jacobs Photography by Kevin DiOssi As hard as it may be to believe, not everyone wants a wild, 5,000-horsepower car. Some folks want something a bit more streetable, a bit more manageable, and a bit more affordable, but they still want to go fast. Enter TorqStorm Superchargers. The company specializes in supercharger setups for the average Joe (and Joanne). Contracted to make some bracketry and other components for another supercharger company in the mid-2000s, longtime car guys Chris Brooker and Scott Oshinski were later asked to redesign the supercharger for a different look. However, they wound up finding some performance areas they wanted to address instead. They didn't want to do that, and we didn't want to give up on a project that we had so much time and effort in already, so we decided to move forward with it ourselves, noted Brooker, now 52, of the situation that prompted him and Oshinski to start TorqStorm in 2009. It took about two years until we had a sellable unit. The men already owned Accelerated Racing Products, a CNC machine and tooling shop located in Wyoming, Michigan, so it was easy for them to incorporate the TorqStorm supercharger product line into the existing operations.

By 2011, TorqStorm's blowers were finding their way onto customer cars and the guys were busy refining things based on feedbackboth positive and negativethat they received. Through it all, though, they were always conservative in their performance and horsepower ratings because they wanted to exceed expectations instead. Currently, TorqStorm only manufactures one supercharger, but it's designed in such a way that it can be used in a wide variety of applications and for various power levels. Capable of flowing 1,250 cfm, a TorqStorm blower can support over 700-horsepower individually and over 1,200 horsepower in a twin configuration. It's got straight-cut gears, so it's noisy, but we want people to be able to hear it! asserted Brooker. It also uses a hybrid-ceramic bearing to give it a 30,000-hour service life, which is important for street cars, and has a self-contained oiling system. TorqStorm stands behind its products so strongly that the company even offers a lifetime warranty on its units for normal wear and tear. And, not only do they back the brand with a bulletproof guarantee, they also run (and race) the superchargers on their personal vehicles. 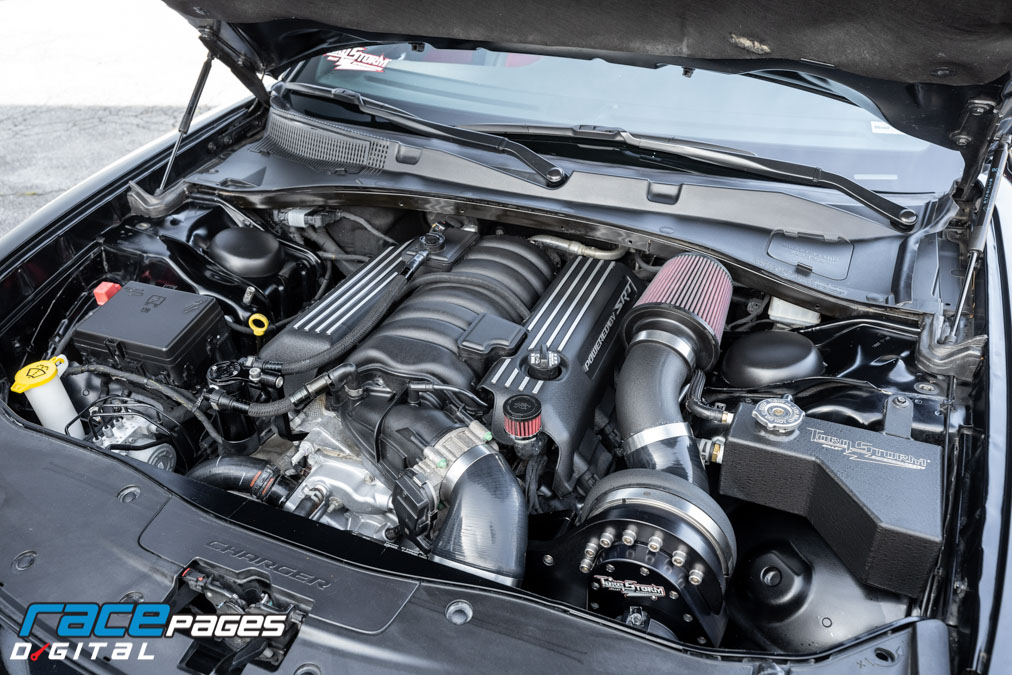 Brooker acquired his '18 Dodge Charger R/T Scat Pack in 2018 for use as a backup daily driver. With a 6.4-liter Hemi engine, rated at 485 horsepower from the factory, Brooker's car could still use an upgrade and he decided to put a supercharger and complete TorqStorm's kit for the LX- and LD-platform. Those engines really don't like boost unless you have different pistons, so running at only 5 psi, it made 550 rear-wheel horsepower, which is great for how little boost we've got, said Brooker, pleased by the results his company's supercharger provided. The car is a blast on the street and fun at the strip, it does it allI even autocrossed it. 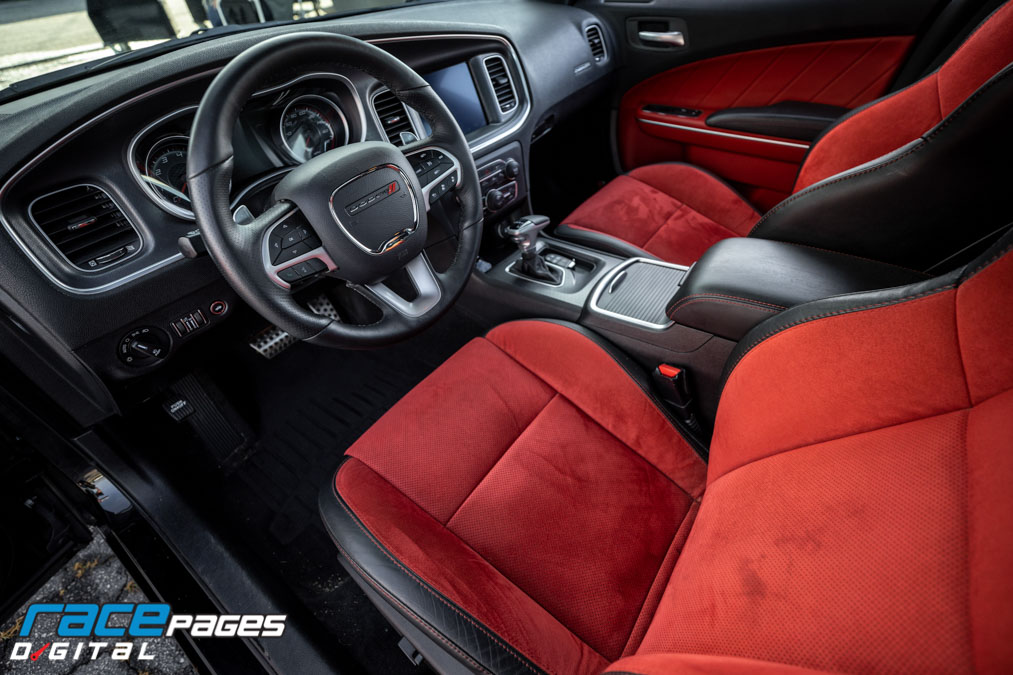 Surprisingly, Brooker chose to keep the rest of the Charger bone stock. Other than the supercharger and a fuel pump from Arrington Performance and an upgrade to stock Hellcat injectors, the engine, exhaust, and everything else is just as it was from the Dodge factory floor. We did make a custom intercooler, too, noted Jeff Neibarger, who handles marketing and social media as well as kit installations and fabrication at TorqStorm, while also operating his own shop, Mr. Bling Motorsports. It weighs like 4,500-pounds and ran 11.2 in the quarter mile with a bolt-on supercharger. Before he started with TorqStorm about four years ago, Neibarger had a '98 Pontiac Trans Am WS6 with one of the company's blowers on it. When he and his wife began having kids, though, his need for a car seat meant the Pontiac was put up for sale and ultimately replaced with a '11 Chevy Camaro SS. I had no intentions of hotrodding the Camaro, but the guys at work asked me to supercharge it so I said ˜Yeah, sure,' laughed Neibarger. We developed a kit off my car and did a lot of testing with it, so it's been a good tool to have. 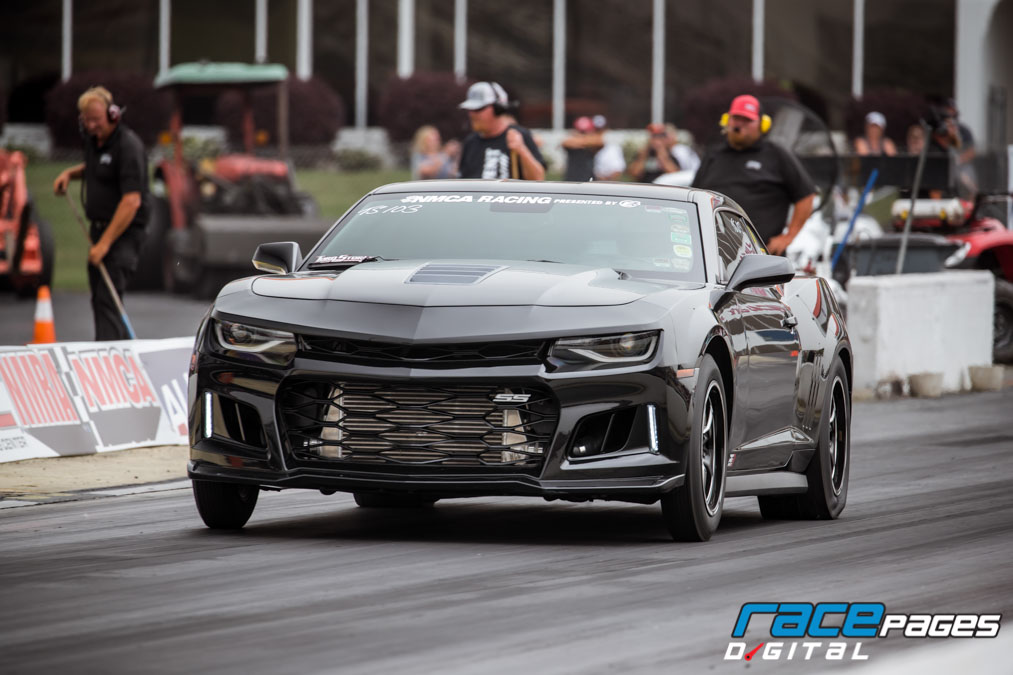 He ultimately wound up with a built 6.3-liter LS3 engine from Performance Engineering. Inside, a stock crankshaft and rods can be found, but MAHLE forged pistons, ARP hardware, COMP cam spec'd by Baker Engineering, a Brian Tooley Racing valvetrain, and Thitek CNC-ported heads were all added as bells and whistles. Over the years, Neibarger installed a custom-fabricated intercooler kit from Mr. Bling Motorsports, Speed Engineering 1-7/8-inch long-tube headers, and an NPP ZL1 dual-mode exhaust kit. Additionally, Injector Dynamics ID1050x injectors flow E85 fuel and work with an auxiliary fuel system with a vacuum-actuated solenoid that kicks on a secondary pump when needed to support the 725 horsepower and 690 lb-ft of torque at the wheels. The six-speed manual transmission was outfitted with a McLeod twin-disc RXT clutch, and the rear was treated to a ZL1 differential with 3.73 gears. Suspension parts from BMR Suspension keep the Chevy sitting nicely atop its VMS Racing Wheels, which Neibarger helped confirm fitment of for the fifth-generation Camaro. Wanting to enhance the overall appearance of the car and make it more aggressive, Neibarger also did a full front-end conversion to update his '11 model to a sixth-gen Camaro appearance. 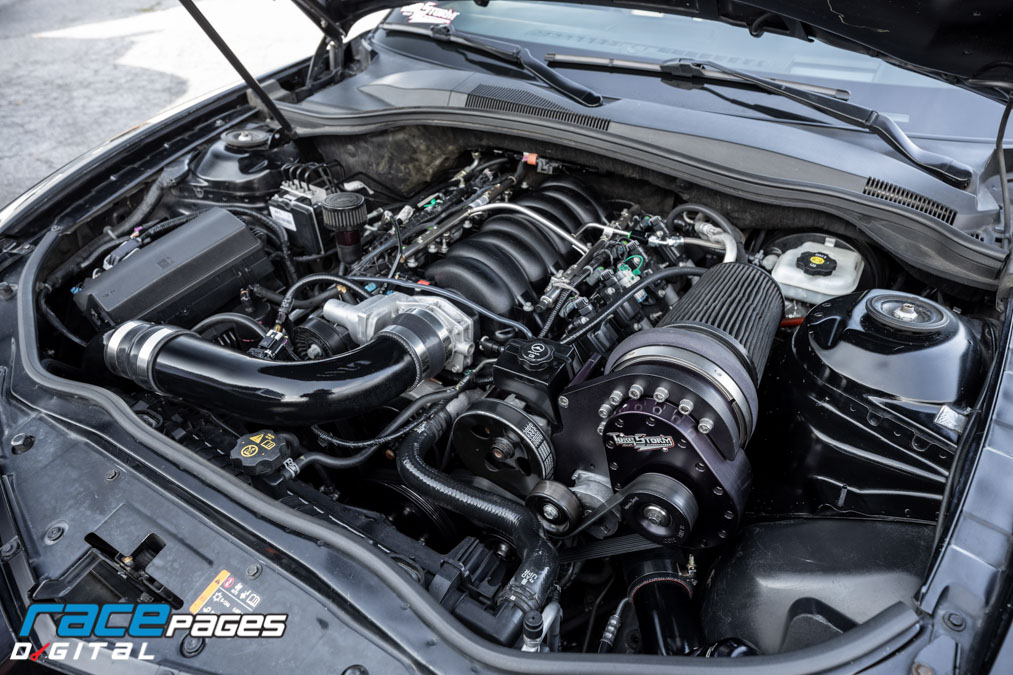 Although Neibarger's Camaro has had a lot more done to it than Brooker's Charger, the two still run the same exact TorqStorm single supercharger. It really shows the difference between how you can turn ˜em down and run low on only 5 psi on mine or turn it up a bit more to 12 psi like on Jeff's, noted Brooker. There's a big difference in power levels, all just from changing the pulley. The two cars are regularly used in TorqStorm's research and development process, and the owners are careful to get real-world, on-track data as well. Since Brooker raced in high school and ran a local street class at US 131 Motorsports Park in Martin, Michigan, in addition to his autocrossing adventures, and Neibarger ran a few test and tune events over the years, it made sense for the guys to prove their product on the pavement. At first, when we started, we did some car shows and things, but weren't getting a good return on our investment, so we focused more on drag racing, recalled Brooker of his early initiatives to get the word out about TorqStorm. I talked to Jim Campisano and we decided that True Street would be a good fit, since we wanted to work with the average racer who didn't want to spend a fortune. Given that TorqStorm's kits start at only $2,800 and offer extremely affordable horsepower, the partnership made sense and TorqStorm became the official sponsor of the NMCA True Street class for 2020. 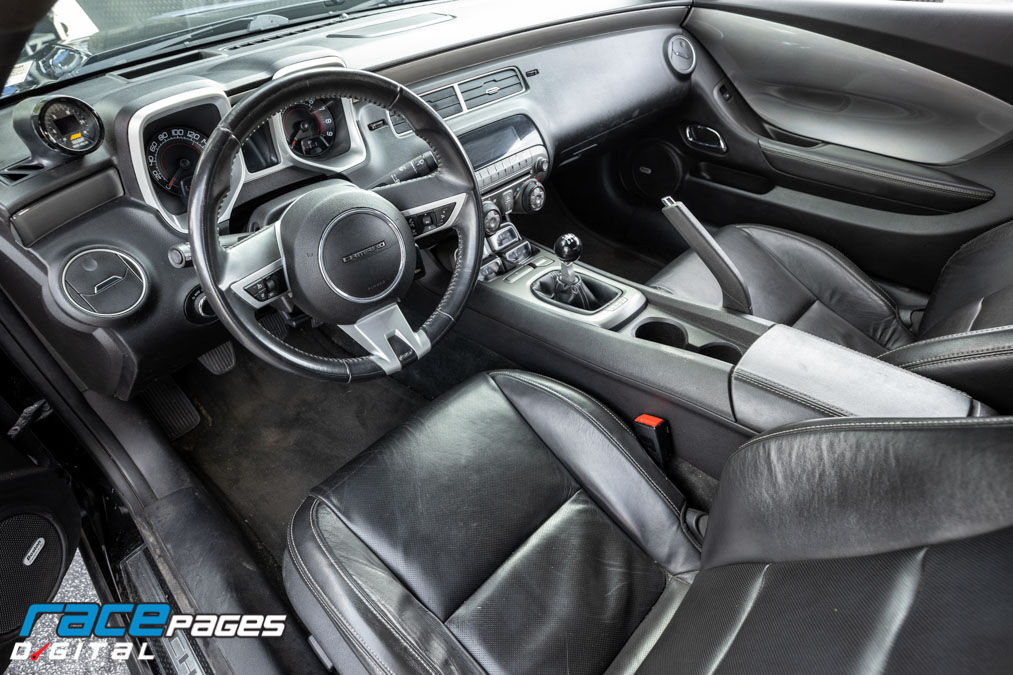 Kicking things off with the NMCA season opener at Florida's Bradenton Motorsports Park in March, both Brooker and Neibarger were on the property with their boosted vehicles to enjoy the race and try their luck. Thanks to great conditions, Brooker wound up running a new personal best of 11.28 at 125 mph with his Charger, while Neibarger did the same with a 10.74-second hit and wound up winning the 11-second category of NMCA TorqStorm Superchargers True Street outright, his first real race ever. After waiting for the pandemic-delayed NMRA/NMCA All-Star Nationals in Atlanta, Georgia, which was held in June, TorqStorm took the True Street class by storm once again as not only were both Brooker and Neibarger in the running, but one of their customers, Dylan Derby, won the 13-second section with his '11 Dodge Ram known as Frostbite. The 15th Annual Nitto Tire NMRA/NMCA Super Bowl of Street Legal Drag Racing at World Wide Technology Raceway just outside of St. Louis, Missouri, during the last weekend of July was one for the books as well. Although Neibarger couldn't make the event, Brooker was on site with TorqStorm co-owner Oshinski. Scott had his '72 Cutlass there and he won the 10-second group! professed Brooker, proud of his partner's supercharged success and 10.372-second overall average. Oshinski's Cutlass packs a big-block Chevy engine with not one, but two TorqStorm superchargers. 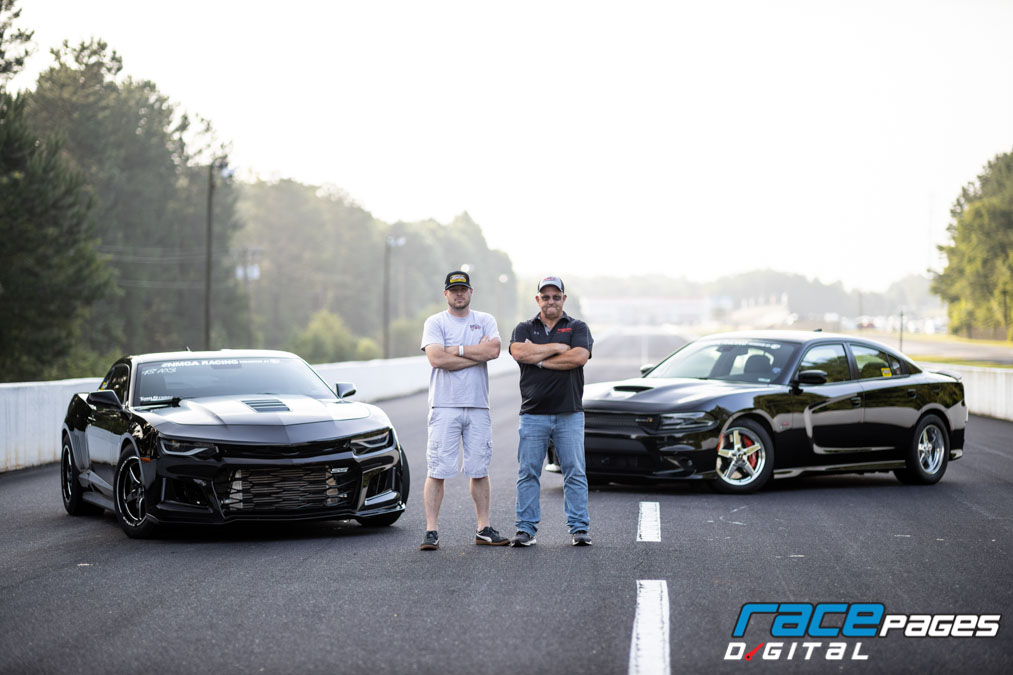 Next, the NMCA tour moved to Martin, Michigan, and the men were eager to race right in their proverbial backyard. None of us won, though, admitted Brooker, who was okay with letting someone else enjoy the fun for a change. I hurt the transmission and couldn't get mine to shift, so I had to sit out for a while and conditions changed. It was a different experience but still fun, added Neibarger. With the final race of the 2020 NMCA season being held in Indianapolis, Indiana, it was just Brooker and Oshinski on the bill for the event. Brooker had sold his Charger at the end of summer, so he raced his 12-second TorqStorm-supercharged '16 Dodge Ram instead and had a blast while Oshinski stuck with the Cutlass and lowered his three-run average to 9.073 seconds to take the overall runner up title in NMCA TorqStorm Superchargers True Street. We had a ton of fun, and with the exception of the Florida race, we drove the Charger to every event, boasted Brooker of his street-proven performance. We are committed and dedicated to the NMCA True Street class and really enjoyed talking to people and meeting all the other racers. After speaking with others and getting a feel for the class overall, Brooker and Oshinski already agreed to continue TorqStorm's sponsorship of NMCA True Street for 2021. Not only are they continuing to sponsor the class, though, but they also have a few top-secret initiatives in the works that should make things even more exciting than ever. We also want to do a pizza party at every event next year for everyone so they can get together with their families and friends and rehash the event while we wait for results, shared Brooker, who wants to encourage he community feel and will likely be joined by his daughter, Emily, in her '67 Mustang and maybe his son, Kyle, at future races in addition to both Neibarger and Oshinski. Our goal for 2021 is to be the fastest at every event, but we've sure got some stiff competition!