Where It All Started-Mickey Thompson 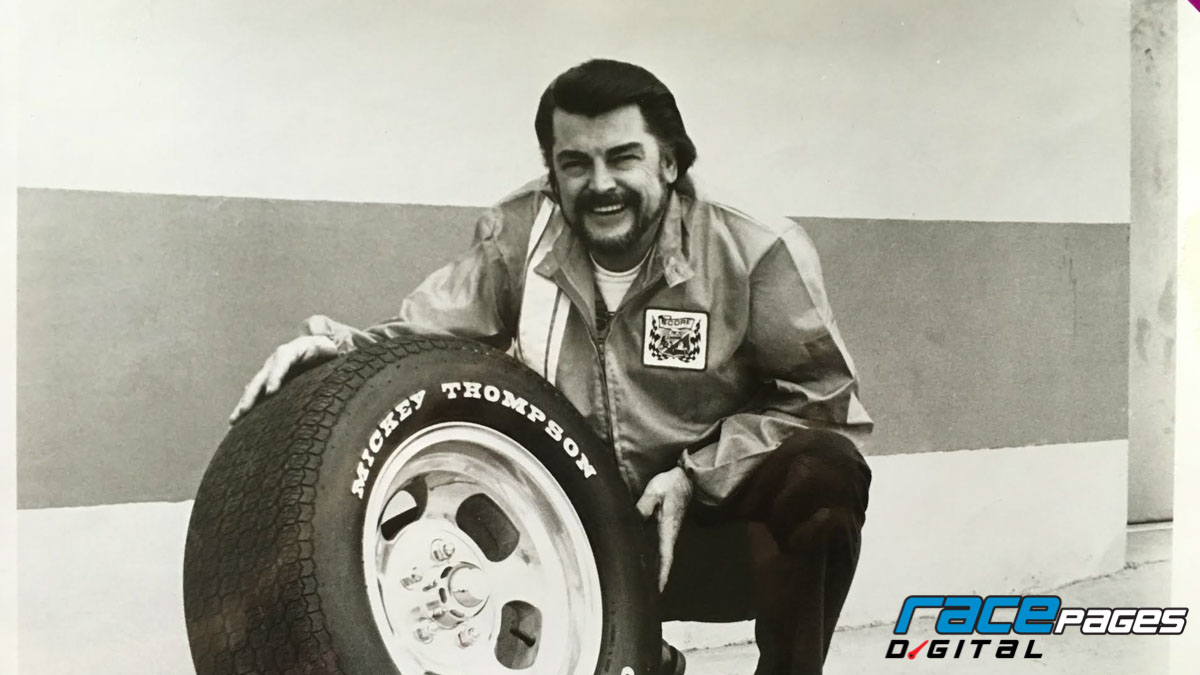 Written by Ainsley Jacobs Photography courtesy of the manufacturer Although the Mickey Thompson moniker is revered around the world for its performance rubber and incredible racing accomplishments, that name was attached a man Marion Lee Mickey Thompson himself before it came to symbolize a high-performance brand. As a young boy, Thompson's father took him along to Utah's famed Bonneville Salt Flats where they watched John Cobb set a land speed record of 394.2 mph. He knew, before he was even 10 years old, that one day he would be the one to beat that record. 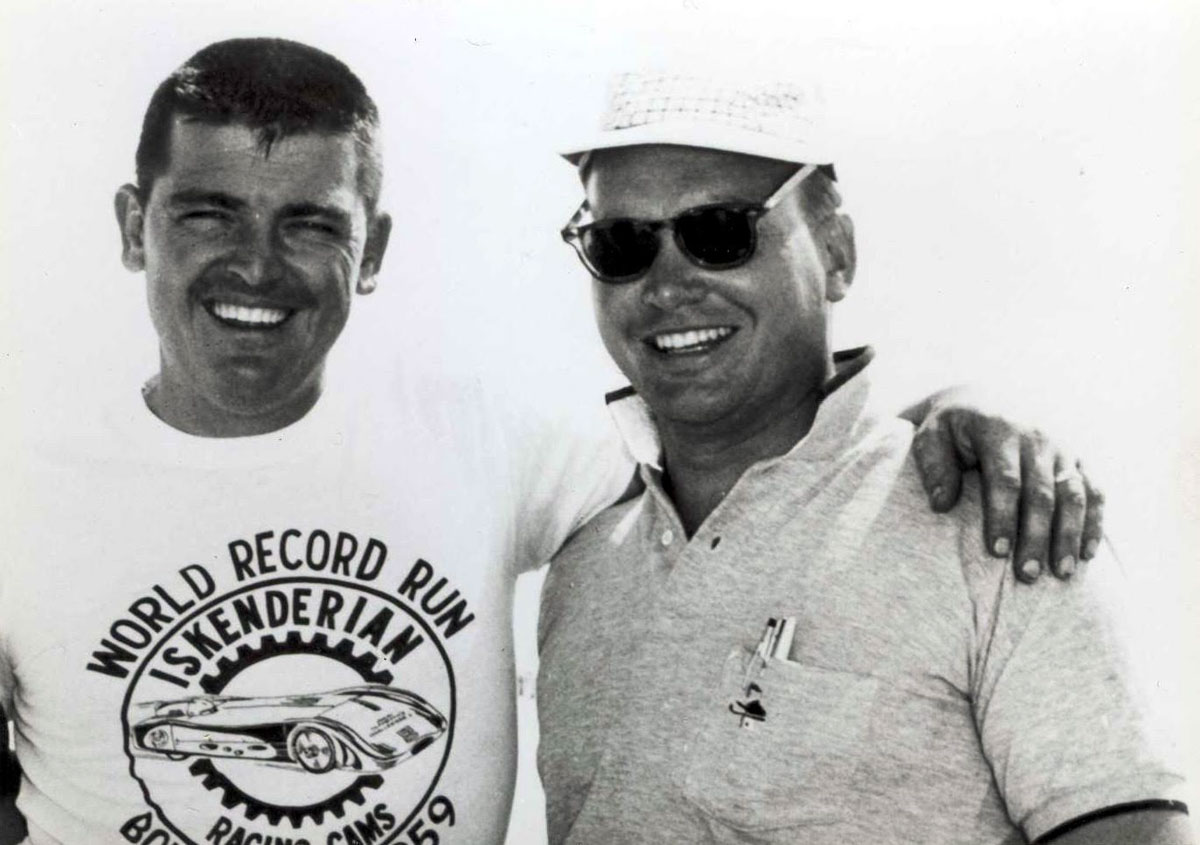 In high school, Thompson worked hard to put together his first car from scrapyard finds. He spent countless hours milling and grinding parts by hand, and that dedication never wavered throughout his long life. Focusing on land speed in his 20s and 30s, Thompson made good on his promise to himself when he became the first American to break the 400-mph barrier in 1960, surpassing Cobb as planned. Later, he expanded his racing vision and entered cars into the Indianapolis 500 in the 1960s. He was such an enthusiast and needed tires specifically designed for what he wanted to do, shared Ken Warner, Vice President of Marketing at Mickey Thompson Tires & Wheels. He met with Gene McMannis and together they formed Max-Trac Tire Company in 1963, doing business as Mickey Thompson Tires. 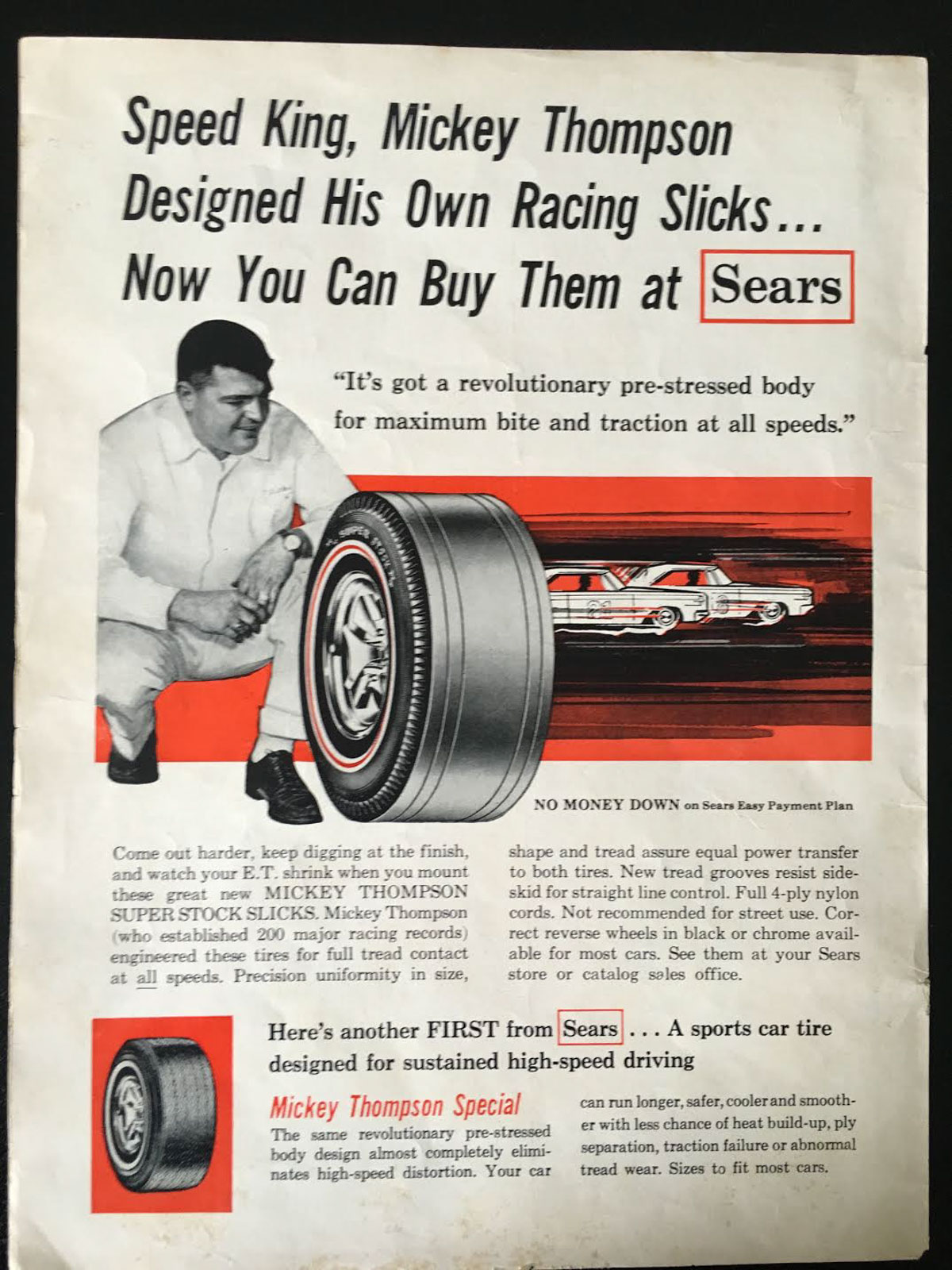 Thompson was the dreamer, McMannis was the engineer, and together, they changed history with what they built. The Mickey Thompson tire company was first located in Cuyahoga Falls, Ohio, near McMannis' home while Thompson maintained his own, separate performance parts producing entity, Mickey Thompson Enterprises, in Long Beach, California. Tragically, though, Thompson and his wife, Trudy, were murdered in their California home in 1988 but his legacy lived on through his work. From its first S/S Cheater Slicks in '65 to the first Z speed-rated bias-belted ultra-high-performance tire in '88, the first D.O.T. approved race tires (Sportsman Pro) in '91 and the creation of the ET Drag Radial tire in '02, Mickey Thompson led the performance-racing tire market since its inception. 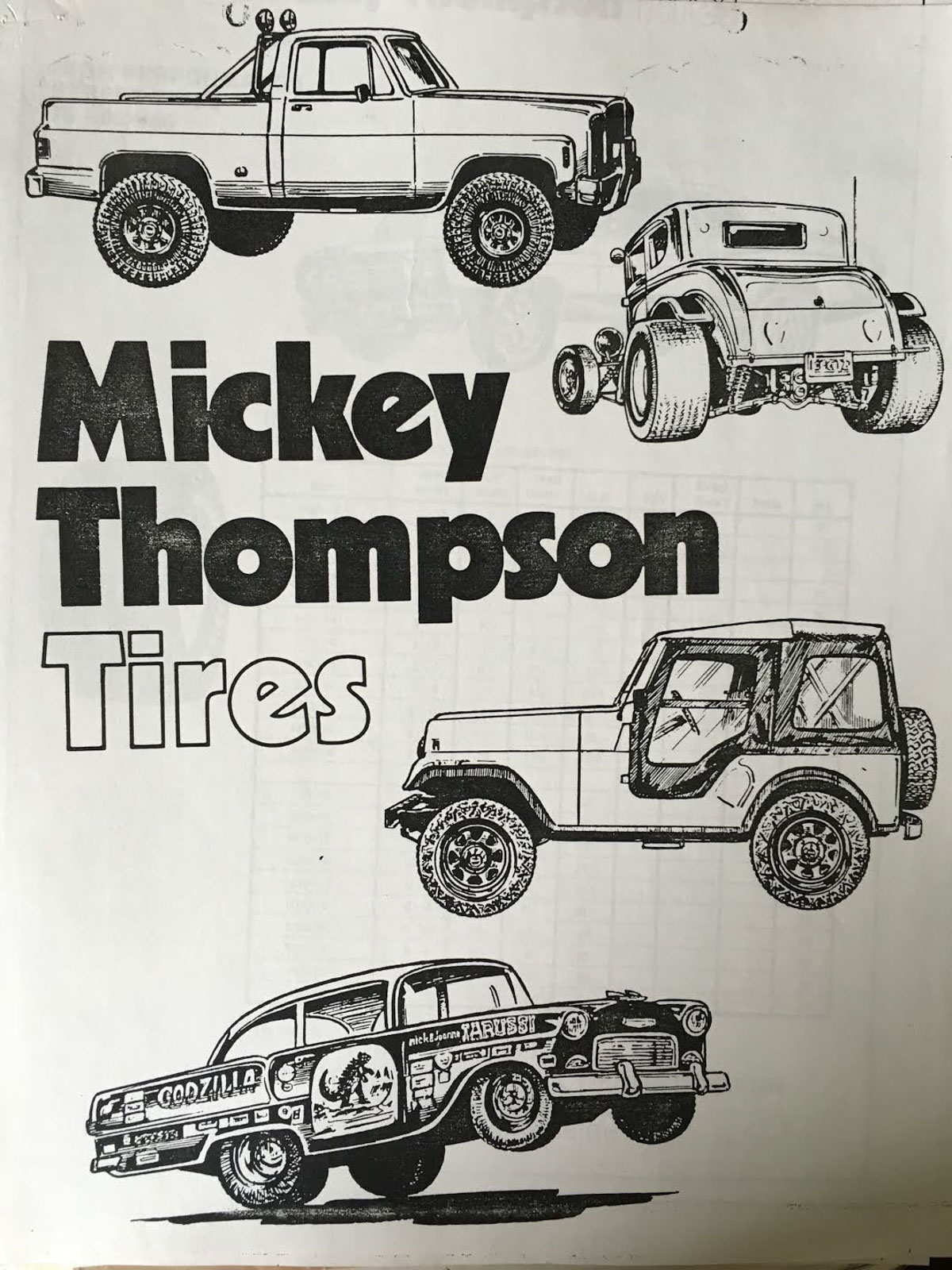 In '03, Cooper Tire acquired Mickey Thompson Tires, but the company has stayed true to its spirit of producing specialty performance tires, especially for drag racing, according to Warner. Additionally, with the exception of only two non-racing tires, all of Mickey Thompson's tires, including its vaunted drag radials, are manufactured in the United States. Working with the NMRA and the NMCA was the foundation of Mickey Thompson getting into drag-radial racing, Warner noted. If it weren't for the NMRA and the NMCA, and other sanctioning bodies giving us a place to race and a reason to build tires, we wouldn't have made our first D.O.T. race tire and then the D.O.T. drag radials, which have been the building blocks of our program over the years. Thanks to its hardcore commitment to customer service and trackside support for its racers, the Mickey Thompson brand became one that is beloved by enthusiasts. On almost any given weekend, Mickey's team can be found on-site, working hard to not only mount and balance tires and offer technical expertise, but to make sure its customers can truly shine. 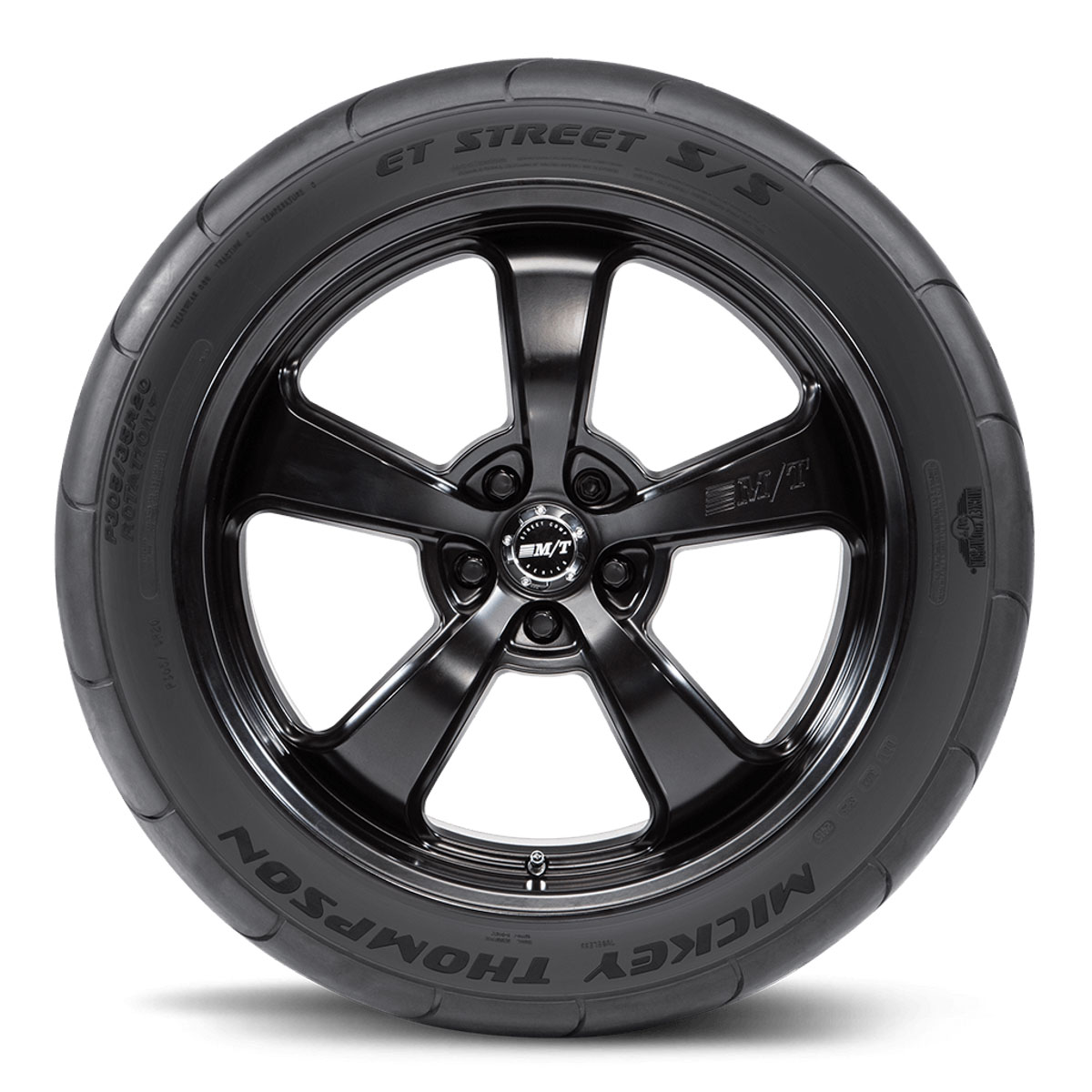