Where It All Started—Compressed Air Supercharging 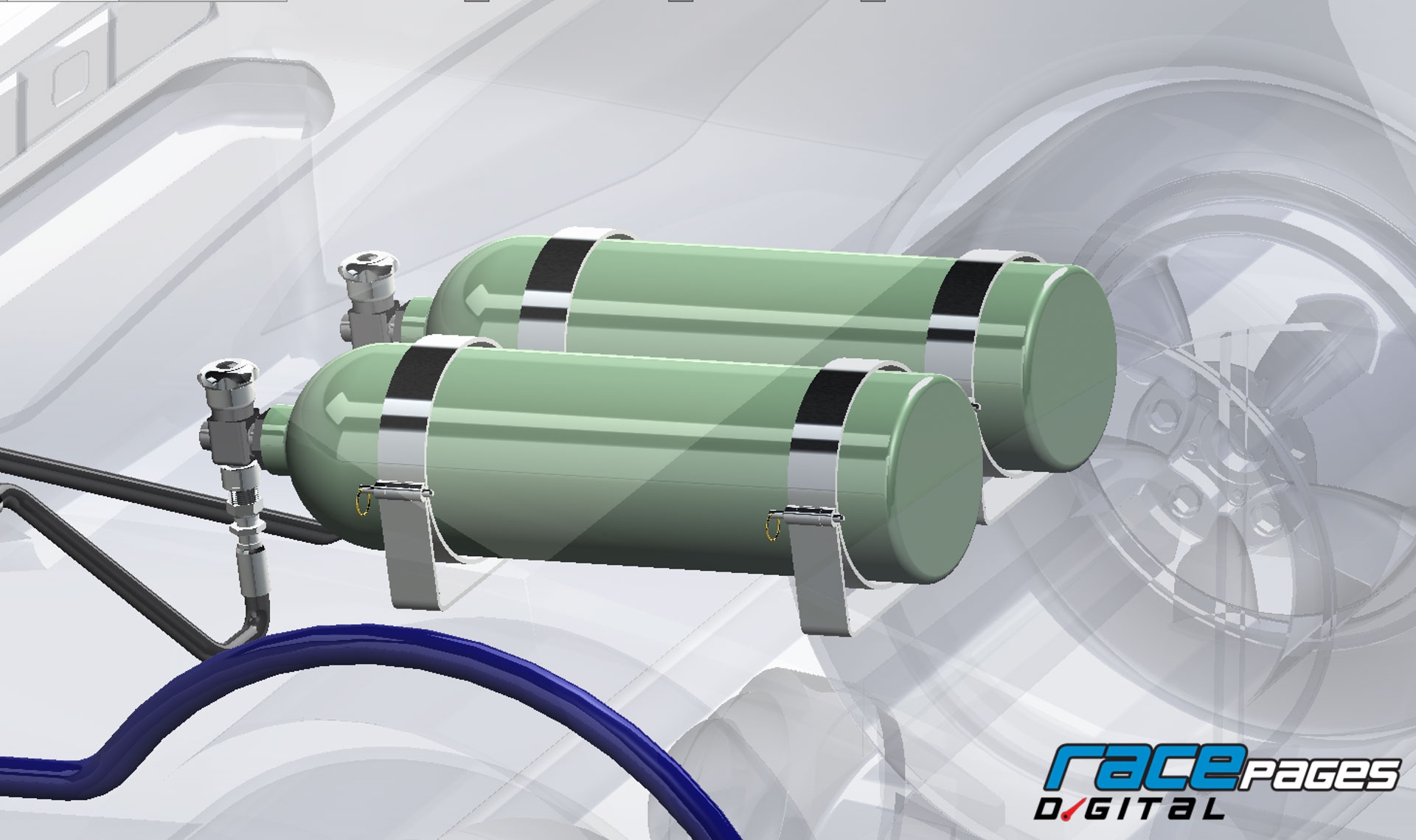 After being involved in revolutionizing the sport of drag racing through his pioneering work with nitrous oxide, Dale Vaznaian is doing it again with his innovative new company, Compressed Air Supercharging.

As the Co-Founder of Nitrous Oxide Systems and the inventor of the first “Fogger Nozzle,” Vaznaian first imagined his concept for compressed air supercharging systems more than two decades ago. “We were running against guys with blown-alcohol cars with our gasoline and nitrous cars,” recalled the visionary of his involvement with IHRA Pro Modified racing during that class’s formative years. “I thought maybe we could close off the engine’s ambient air and pressurize (boost) it with nitrous.” Years later, after Holley purchased NOS, Vaznaian found himself missing the industry. In a prime position to start a new project, he decided to move forward with his idea from many years prior. Vaznaian got together with former NOS Chief Engineer Karl Staggemeier, whose prior experience as a GM Motorsports engineer gave him the background necessary to lay out plans for the system. The third piece of the puzzle was found in David Phillips, a leading engine management and data-acquisition engineer with experience at Cosworth and TRD. Therein, Compressed Air Supercharging was founded in Costa Mesa, California.

During his later days of ownership of NOS, combustion research revealed that high doses of nitrous oxide destabilized combustion, leading to the realization that compressed air was a much better solution as a single-source oxidizer. “We designed and built specialized components capable of using taking high-pressure (scuba) air and regulating it so that we can precisely control the pressure in an engine’s intake manifold and completely isolate it from the outside environment,” noted Vaznaian who unveiled his concept and began real-world testing around 2014. The air is compressed to 3,000-plus psi within the tank but regulated down to engine-friendly levels thanks to modern electronics. “Due to the Joule–Thomson effect, when high pressure goes to low pressure, you get a big cooling effect. We’ve measured air-discharge temperatures as low as -80 degrees Fahrenheit.”

Forcing only super-cold, compressed air into the engine meant that Vaznaian’s vision resulted in a gain of 10-12 percent more horsepower per pound of boost, roughly double that attained with turbocharging or supercharging, due to CAS’s stratospheric charge-air density and lack of parasitic losses.

“Not having to use the engine’s crankshaft or exhaust flow energy to make boost is a significant advantage,” he added. “Usually, when you run boost, you back off ignition timing to save the engine from detonation but, more often than not, with our air being so cold, you leave it alone.” For racers wondering how Compressed Air Supercharging’s systems can give them a competitive advantage, the answer is simple: with the engine closed off to ambient air, CAS lets racers “bring their own atmosphere” to the track and run a controlled environment inside the engine with no variables to affect performance. Changes in temperature, humidity, pressure, air density, and water grains all become irrelevant due to the consistency of the engine’s air coming from the onboard tanks.

“It’s comprehensive air delivery instead of supplemental,” he shared of how racers can drive normally aspirated, then simply arm their system and, at full throttle, the selected amount of boost is delivered instantly. “Power is available on-demand.”

Compressed Air Supercharging also uses a back-half 1969 Camaro as a testbed for more street car-style applications, and Vaznaian is quick to mention that CAS’s systems — all manufactured in the USA — also easily allow for normal driving with a setup that installs similarly to that of a traditional nitrous configuration.